We’ll have our review coming soon, but in the meantime, we’re sharing our latest chat with the developers. This is completely focused on technical details that had not been finalized when we spoke earlier. Enjoying! 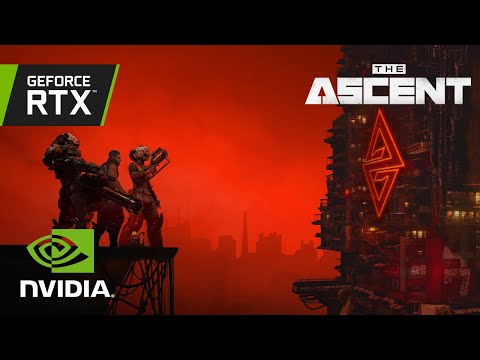 Can you tell us about your experience implementing NVIDIA DLSS in The Ascent? How much performance improvement do you see at 4K resolution?

Tor Frick, Co-Founder and Creative Director: I don’t have exact figures to hand, but with ray tracing at 4K it’s a big boost, and necessary for higher frame rates. We are currently using DLSS 2.1, but we want to upgrade to 2.2 before launch or very soon after. The implementation went very smoothly, with some support from our friends at Nvidia.

Do you have plans to eventually implement AMD’s Fidelity FX Super Resolution (FSR) as well? If not, why?

Tor Frick: We haven’t looked into it, no. Because we are a small team, for the most part we use solutions that come out-of-the-box with Unreal. We’re trying to make the best use of it and push the bike as much as possible, but we haven’t had a chance to look at it.

Can you discuss your implementation of ray-traced reflections and shadows in The Ascent?

Tor Frick: The Ascent is a bit of a special case, you’d think the camera angle would make it easier to implement ray tracing, but due to how much of the world we loaded at one point, we actually needed quite a few custom implementations for the ray tracing, especially for the
clearance of geometry, as we have a lot of that. It took some back and forth to find the right one
methods for this.

Visually, we also adjusted the reflections, both for performance, but also with an added layer of
visual control to enhance the effect. Things like the strength and roughness of the
reflections to maximize the effect. We have alot
moving objects and animated shaders in the world, and we wanted to take advantage of that just as much
if possible. So if you play with raytraced reflections enabled you will actually see reflected
animated billboards that are only visible with ray tracing, as they are outside the playable space.
Just to bring that extra layer of life into the world.

Are these ray-traced effects also available on Xbox Series X and S? If so, is the quality of the ray tracing exactly the same?

Tor Frick: Unfortunately we do not support ray tracing on Xbox, it is only a PC feature.

Have you evaluated other DX12 Ultimate features for The Ascent, such as Variable Rate Shading, Mesh Shading, and Sampler Feedback? Can these be added after launch?

Tor Frick: We did some testing with variable speed hatching, but in our case it wasn’t much of a win and we decided to go without it. We’re also a little early to have many of these features fully available for us to use, as we rely heavily on our partners for the heavy technical work.

Thank you in advance.