The Pokemon Company has revealed that it will make a replica of the Bicycle of Pokemon Red and Blue in real life. It will hand over the replica to a lucky winner in Japan through a raffle. [Thanks, 4Gamer!]

In the fine print of the web page, the company noted that this replica is just a model. The ultimate owner of the bike will not actually be able to ride it. However, the bike will have special designs etched onto the wheels and the rims will feature icons inspired by Pikachu, Bulbasaur, Charmander and Squirtle. The tires are also patterned based on the Poke Ball, Great Ball, Ultra Ball and Master Ball.

In the first pokemon titles on the Game Boy and in their Game Boy Advance remakes, the Bicycle was known to sell for a million Pokemon Dollars. However, the player can eventually get the bike for free by getting a voucher.

The Pokemon Company will emulate that method in real life by giving away this bike replica through a contest. A lucky person living in Japan can win the item by using the . to follow Poke Times Account on Twitter and posting a tweet with the specified Japanese hashtag for August 3, 2021. This sweepstakes also coincides with the official account reaching one million followers. 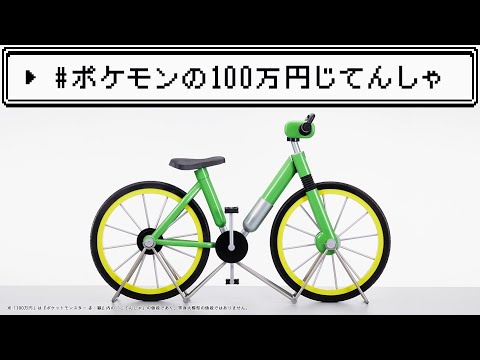 The original Pokemon Red and Blue are currently available digitally on Nintendo 3DS. The latest games in the Kanto region, Pokemon Let’s Go! Pikachu and eevee for Nintendo Switch, did not include the bike as it was replaced with rideable Pokemon.