Icarus, the Sci-Fi themed cooperative survival game developed by Dean Hall and his RocketWerkz studio, is set to hit Steam Early Access next month. However, the development team revealed the decision to delay the debut of Icarus until November.

We’ve made the decision to delay the launch of Icarus until November to ensure the game is the best it can be for our players, and we’re introducing a longer beta that you can play starting August 28.

Our team is committed to providing the best experience for our players at launch. We’ve been closely monitoring the state of our development builds and have decided that we want to give Icarus more love by postponing the game and improving our beta process by spreading it over several weekends, each with a specific focus. A plus side of this also means reducing Beta fatigue for our players.

We recognize that this news may not be what you wanted to hear, but we are confident it will lead to the best possible launch of Icarus!

However, as mentioned above, there will be a longer series of beta weekends. The first will feature only the Forest biome, while the second beta weekend will introduce severe storms. The third weekend adds the Arctic biome, with specific animals and snow storms; the fourth beta weekend introduces the Desert biome, which has its own fauna and weather conditions. The fifth adds the Faction Missions feature to Icarus, allowing players to earn rewards once they complete their objectives. Finally, the sixth beta weekend will feature a special community event and some prizes as well. 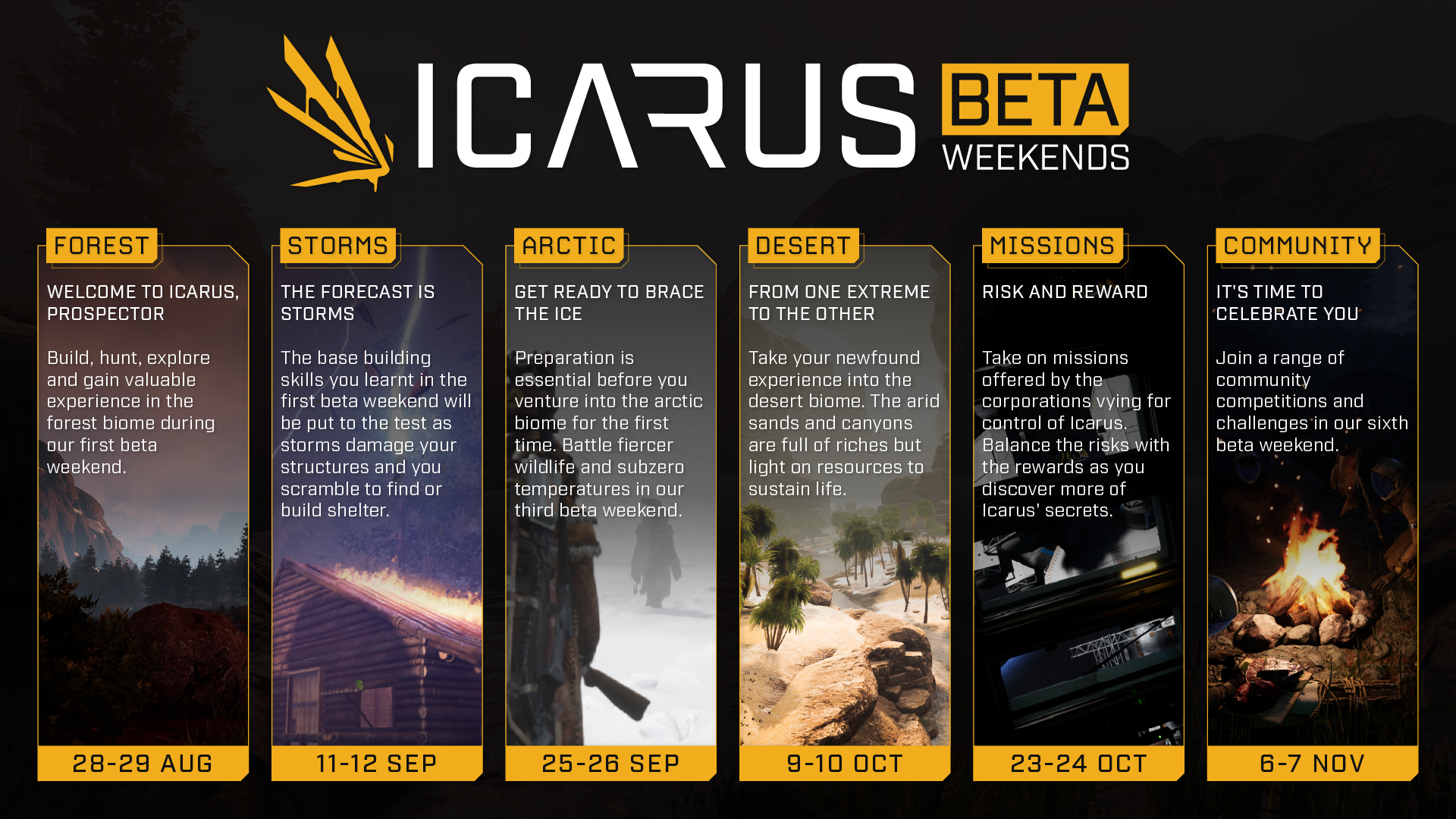 It’s worth noting that all pre-order customers will get access to the Icarus beta. Plus, you can refund at any time regardless of the time you’ve been playing in the beta.

Icarus will also support RTXGI and NVIDIA DLSS, as you can see in the trailer below.

Xbox News: The Riftbreaker Launches October 14 with Xbox Game Pass on Day One