Google Chrome is removing an essential security feature, but there’s a good reason for it

According to the latest beta update, Google Chrome is making a drastic change to one of its key security features. In the latest version, which allows Google to test the stability of new features before launch, the secure website icon has been removed.

As it stands, every time you navigate to a secure website in Google Chrome, you’ll find a closed padlock icon next to the Omnibox (what Google calls the address bar/search bar). This handy little indicator is designed to let Chrome users know when they’ve navigated to a website that supports the secure “HTTPS” protocol.

However, as reported by security blog Bleeping Computer, the latest beta version of Chrome puts an end to this.

When users go to an HTTPS website in Chrome beta 93, the padlock icon no longer appears. This surprising security change isn’t a sign that Google is being lax when it comes to protecting Chrome users. Instead, the change was made because many of the sites on the Internet are now secured.

Instead, Chrome users only get a notification when they go to an unsecured website. As is currently the case, when Chrome users go to an HTTP website – which is not using the secure protocol, the Omnibox will display a warning triangle icon and the Not Secure label.

If you have access to Chrome Beta or Chrome Canary, here’s how to test this custom security feature…

• First go to chrome://flags in the address bar

• Then look for the ‘security indicators’ section

• After this you have to restart the browser

As always with features tested in the Chrome beta, it remains to be seen if it will eventually be released to the general public. The beta version of Chrome 93 has only just been released and the finished article reached the stable channel as of August 31. 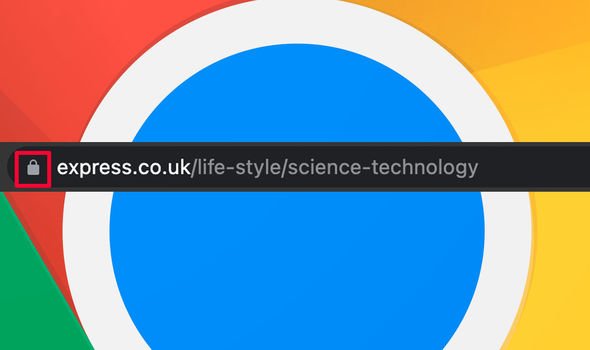 The changes tested in this beta should be included in a stable version of Chrome, version 94, which will be released to users worldwide starting September 21, 2021.

The most recent Chrome release was update 92, which rolled out late last month. The patch brought with it 35 security fixes, including addressing highly rated and critical vulnerabilities.

Chrome 92 also expanded the Chrome Actions feature, which automates a number of commonly used processes to help users increase their productivity, which was introduced last November.

New things that users can quickly type into the Chrome Omnibox include security check, manage security settings, and manage sync. Chrome 92 has also added improvements to site isolation, which is an essential security feature of the browser. With this change, extensions on desktop devices are no longer allowed to share processes with each other.

And finally, Chrome 92 now also allows users to access a site’s permissions directly from the address bar, which is another time-saving new tweak.

The 5.8GHz, 24-Core Intel CPUs From the 13th Generation are Available

The short message appears as a trademark – Silent Hill