bandai pre-orders opened for a new Tamagotchi with R2-D2 from the Star Wars franchise in Japan. The new toys will be officially available in November 2021. [Thanks, Hobby Watch!]

In this Tamagotchi you can raise an R2-D2 by regularly charging its power and cleaning its body. If you neglect maintenance, the robot will break.

As you raise the virtual robot, it will eventually receive upgrades. The normal R2-D2 has nine available skill modes. It can also be further upgraded to one of five Special Skill or Pilot modes. The number of mini-games that can be played in the toy also depends on the upgrade.

While the Tamagotchi is specifically targeting R2-D2, it will also feature fourteen other characters from the Star Wars series, including C-3PO, Yoda and Boba Fett. A random character appears on the screen after several hours have passed.

Bandai has also published a trailer for the R2-D2 Tamagotchi. You can watch it below: 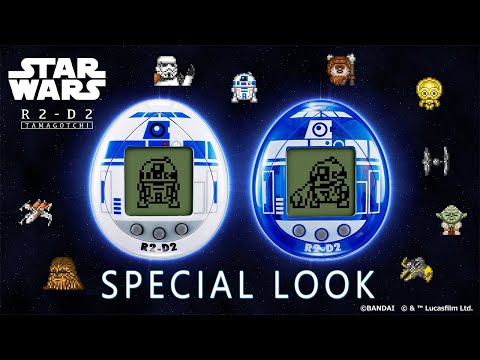 Bandai has released new Tamagotchis in recent months, inspired by many other famous franchises. The company had previously released Tamagotchis based on: Neon Genesis Evangelion, demon slayer, and Twisted Wonderland.