Sky will have an additional 10,000 hours of exclusive shows and movies for its viewers in the UK next year. The satellite channel has signed a multi-year partnership to bring Netflix rival Paramount+ to its Sky Q set-top box from 2022.

For those who don’t know, Paramount+ is a streaming service from Paramount Pictures (that’s the studio with the snowcapped mountain and the stars around the top) that is currently only available in the United States. The Netflix rival, which is owned by Comcast and ViacomCBS, offers access to shows from a number of popular US networks, including CBS, Comedy Central, Nickelodeon, MTV and Smithsonian Channel. As the name suggests, hundreds of Paramount Pictures movies are also included.

To compete with companies like Prime Video and Netflix, Paramount+ is commissioning a large number of original projects, including more than a dozen South Park movies, new episodes of Spongebob Squarepants, and the Spongebob Movie: Sponge on the Run movie.

Series including Stephen King’s The Stand, Star Trek: Picard, The Good Fight, Why Women Kill, Showing Out the News, and Star Trek: Discovery are already broadcast exclusively on the service in the United States.

And the good news is that all of this content – ​​and more – will be coming to Sky Q thanks to the new partnership.

According to the satellite broadcaster, “Paramount+ is the latest in a series of apps coming to Sky Q, adding over 10,000 hours of content, further enhancing Sky’s aggregation strategy and allowing Sky customers to watch even more of the best content together in one place.” on the Sky Q platform.”

While Paramount+ starts from $4.99 per month for a basic plan, with prices going up to $9.99 for an ad-free plan. And for Sky Q customers? It’s completely free.

Sky has confirmed that Sky Cinema subscribers will receive exclusive movies from Paramount+ at launch at no additional cost – offering access to both streaming services side by side with over 10,000 hours of additional content for one affordable price. 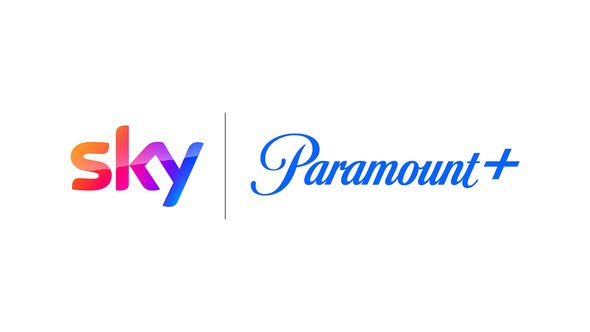 New shows and movies coming to the UK next year will feature a collection of exclusive Paramount+ Originals with scripts and exciting new take on iconic franchises, including HALO, the offer, and the new iCarly series. As the international home of SHOWTIME, the service offers: The Man Who Fell to Earth, Ripley, Super Pumped, and American gigolo, in addition to popular titles from ViacomCBS, such as: Camp Koral: SpongeBob’s Under Years, Star Trek: Prodigy, and MTV disconnected.

If you’re looking for Sky’s most affordable broadband bundle, look no further than the Superfast package. For £28 per month you can enjoy download speeds of 59Mbps with no usage limits. Sky’s speed guarantee means you can get a refund if your speeds drop too!

Do you want to eliminate buffering for good? Sky’s full-fibre Ultrafast Plus package is just the ticket. It unleashes speeds of 500 Mbps, with guaranteed download speeds of 400 Mbps – that’s more generous than BT and Virgin Media. And at £45 a month it’s cheaper too!

After launching in the UK, Paramount+ will also feature a collection of new film premieres and fan favorites from Paramount Pictures, such as films from the Mission Impossible and Transformer franchises.

Speaking of the announcement, Sky Executive Vice President & Chief Executive Stephen van Rooyen said: “This is another example of how we are innovating for our customers and further bringing the best apps and content together in one place on Sky Q, bringing them more great TV. to watch than ever before.

“Paramount+ is an excellent service with a huge selection of great movies and TV series, and our new, broader agreement with ViacomCBS will benefit both companies.”

This article contains affiliate links, which means that we may receive a commission on the sale of products or services that we write about. This article is written completely independently, see more details here.