After hacking the three major development systems, why does this five-year-old mobile game have to use a knife on itself?

GameLook report / When the past MMO mode becomes the norm, the player who is most exhausted must be the player.

In the current mobile game market, players have a strong sense of boredom with routine MMOs. In the face of increasingly fierce market competition, almost all mobile games choose to increase game screen effects, increase game content, and squeeze more content into the game. But after everyone adopts this “involution” method, including complicated development systems and gameplay, it may not be an effective means of renewing life.

What makes players even more distressed is that these constantly added game elements are not necessarily more interesting, but will increase the burden, and the fun of the game is also consumed in the dull gameplay.

Streamlining the development system, lowering the threshold of core resources, narrowing the gap between players, reconstructing the structure of the gameplay… The five-year-old “Tianxia” said “no” with practical actions.

Streamlined development, a new area allows players to feel the fun of development

In the long-term operation process, like most MMOs, “World” has successively introduced many content and development systems. Among them, there has also been a system that understands that the cost is too high and the value is unreasonable. The development pressure on the players who have accompanied the “Tian Xia” mobile game for five years has also increased. It is the re-examination of this phenomenon that makes the R&D team aware of the bottlenecks encountered in the operation of the MMO category. This uncontrolled addition will only force players away. So they are determined to subtract some systems that do not meet the current player experience and needs, to provide new and old players with a greener environment, reduce the cost of understanding and reduce the burden of development, so that they can better integrate into the game and enhance the game experience. So as to cultivate the player’s interest in nurturing.

These ideas are not on paper. In order to put them into practice, the R&D team even directly set up an experimental field—a brand-new “new born wilderness” area. 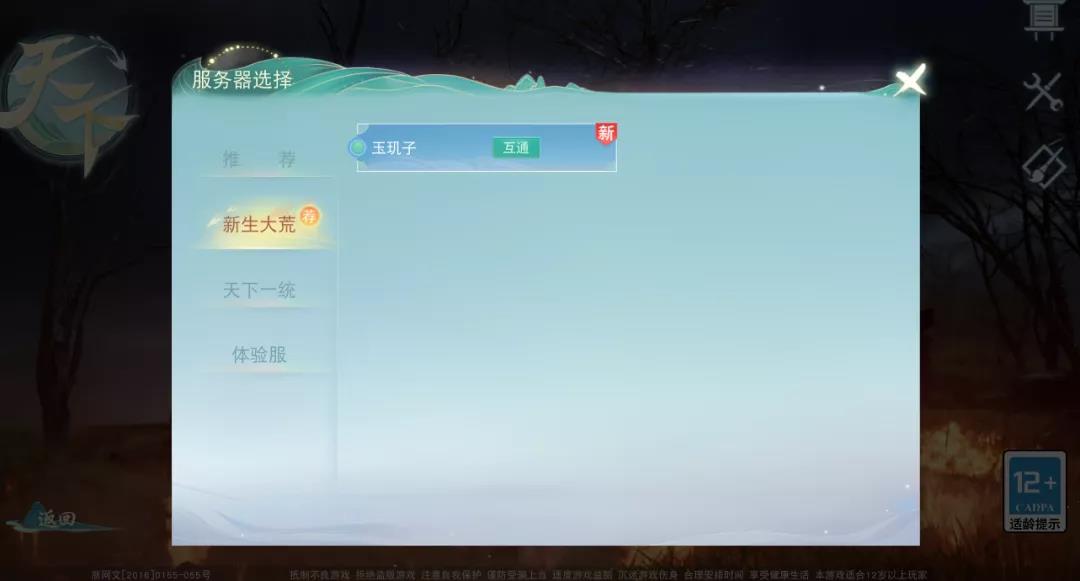 Compared with the previous district service, the new district has reorganized the original cultivation system, and almost all the cultivation system has been “moved”, including the recalculation of the value placement, the rework of the cultivation form, and the positioning of the system. Adjustment. For example, the summoned beast system, compared with the old system, has been completely remodeled from the acquisition and training of the summoned beast to skill learning; the consumption and values ​​of the training and mysterious cultivation systems are completely different; and the original paid development system” “Hunker”, “cloak”, “child”, etc. were completely closed. In addition, all PVP and PVE gameplay in the new zone are completely isolated from the old zone. Both new players and returning players can enjoy the fun of cultivation more easily in a brand new environment without vicious competition.

Regarding the precious materials that are the most difficult to obtain in the cultivation process, the new district has also made simultaneous adjustments. Players only need to actively participate in all kinds of dungeons, and they can get the rare materials for building top-level magic weapons and Dayu jewelry for free. The freedom of the trading environment in the new zone has also been significantly improved. A more free trading system makes the game ecology more healthy, and players can “make money”. Taking into account the health of the subsequent server ecosystem creation, the development team is still opening a card-level exclusive server after a period of time. For players who like card-level development, they will be transferred to the card-level exclusive server of different levels at any time, all gameplay It will also be completely independent and enjoy fair and exclusive pvp content at the card level. This kind of mechanism design allows players of different progress to have a relaxed and happy development experience. Through this series of pragmatic measures, the “Tianxia” mobile game also provides a brand-new problem-solving idea in terms of player stratification and server opening logic.

Contest for hegemony at the peak, enrich content with innovative gameplay

Contrary to the simplification of development, the R&D team is still adding to the content of game innovation. This is also based on accurate recognition and response to player needs. In their opinion, players will not refuse high-quality, interesting, and challenging new content, and the more the better.

For the MMO, the basic PVE gameplay of running through missions is naturally difficult to satisfy the players’ pursuit of fresh excitement. Therefore, in this new area, the “World” mobile game uses large-scale PVP team battles as the core experience in the game. In addition to the more ambitious battlefield shaping brought about by technological advancement, the fierce confrontation of wit and courage in large-scale team battles is also enough to make players’ blood diverge.

At the beginning of the service, the new zone launched the concept of peak power hegemony, not only inherited all the large power PVP team battles that players have always been keen on, but also creatively introduced a new territorial war game. 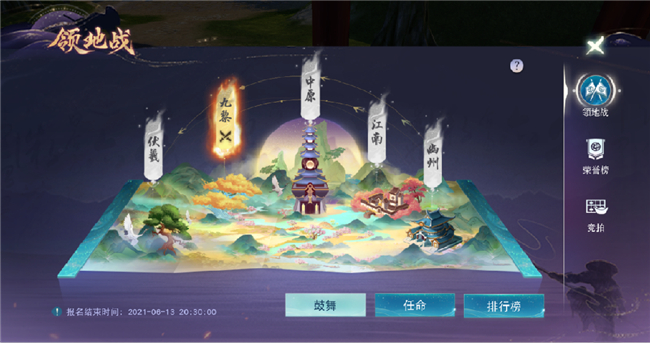 In the territorial war, the forces will compete in the five major regions of “Central Plains”, “Jiu Li”, “Jiangnan”, “Fuxi”, and “Youzhou”. In the territorial war, up to 30 members of each of the two forces are allowed to enter. Fair premise The download also guarantees the grandeur of large-scale team battles, and will also test players’ combat power and strategy.

Players participating in the battle can not only get rich rewards, but also unlock personal limited signs that can show their identity, and the winning forces can also get full server announcements and map honor marks. These content that strengthens the sense of glory also inspires the players’ enthusiasm for the game, and the design of the same-screen voice makes the team battle experience with different gameplay three times a week more exciting and fun.

Through the in-depth development of large-scale competitive gameplay, the “World” mobile game as an MMO’s multiplayer social experience has been further strengthened, while also providing players and forces with greater development space and a clearer direction.

In terms of PVE, in the cycle of “Mythic Dungeon-Talisman System” incubated by the development team, players can challenge the Dungeon to obtain the “Talisman”. The combat power will skyrocket or sell for a high price, which will be left to the player to choose. . Once this system was launched, it proved extremely active, which shows that players love it.

In an era where content is the king, the mobile game team of Tianxia is actually innovating game content. On the one hand, high-quality, interesting, and challenging new content can continue to attract players to retain and activate IP traffic; on the other hand, These new contents are also helping the game expand its content ecosystem and help the game’s long-term operations.

In addition to new areas and new gameplay, the mobile game “Tianxia” is also working hard to create a “big server” system that allows players to cross servers without delay in real-time dynamic cross-servers within the same large server, and players from different servers can also be together Chat, team up, and fight to further enhance the social experience of the MMO.
Relying on the big server framework, the development team has established a new team formation platform, so that the team formation needs of all server players are concentrated, and a more convenient team formation atmosphere is formed. 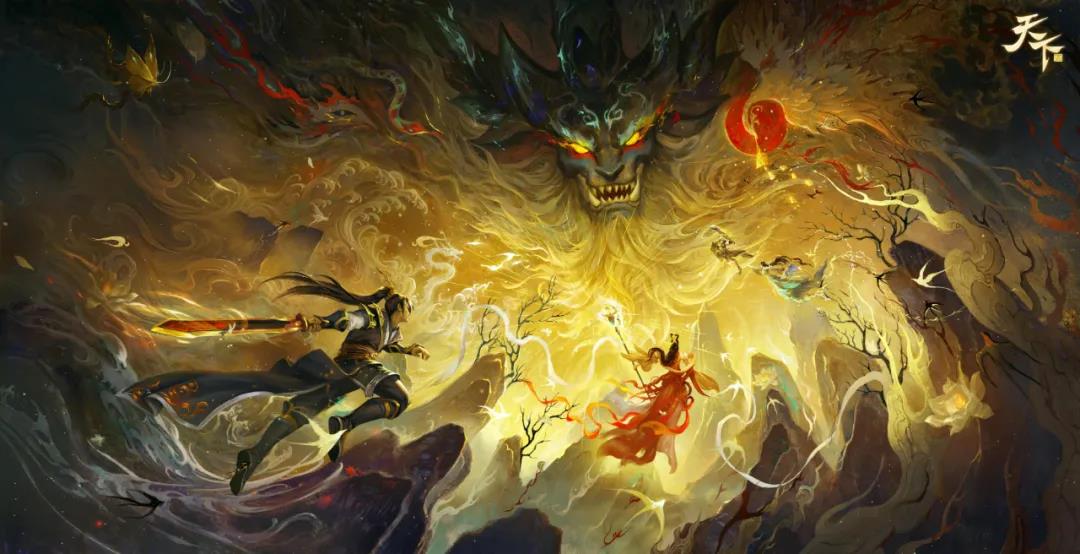 In addition, under the framework of a large server, the game will adopt a new server opening and merging process for the servers under it. It is understood that in this set of processes, each server has a protection period, a merge period and a cross-service period. Players who enter the game in the early stage have a time advantage, and players who enter the game in the later stage have a material reward advantage. The card level players in the game will eventually gather under one big server to ensure the stability of the server ecology. This set of logic will be the first to be tried in the new region, and gradually fed back to the original region, so that all players can get a new experience.

It is not difficult to see that the advantage of dynamic cross-server is that it can adjust the time point for each server in order to reduce the problem of a server being too weak during the cross-server battle, which is vital to maintaining the vitality of the server and avoiding becoming a “ghost server”. . In the past, if the number of a server was too small or too large, the usual practice was to combine or dismantle servers. The emergence of large server systems and their dynamic cross-server functions gave the game party and Players have more flexible choices. 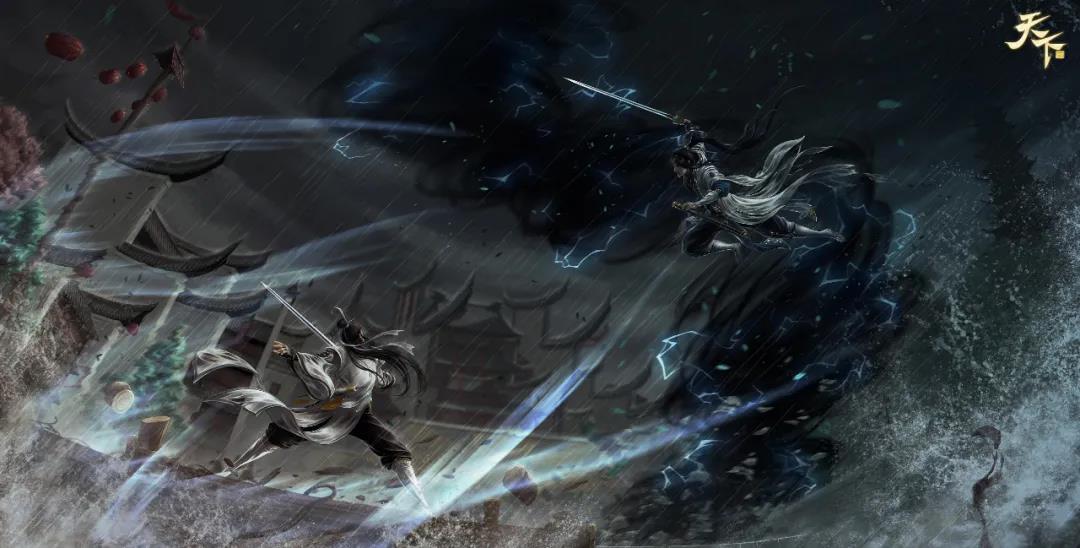 It is worth mentioning that the game has already installed cross-server love, cross-server homosexuality, cross-server mentoring and other functions to meet all the social needs of players on the same big server as much as possible. With the help of a large server system, the mobile game “Tian Xia” got rid of the long-standing concept of large and small areas in traditional MMOs, and realized the intercommunication and tolerance of players of all colors with the help of technological breakthroughs.

For an MMO mobile game that has been in operation for five years, drastic reforms in game mechanics and server ecology require not only technology, but also courage. Based on the full consideration of the player’s gaming experience, the “Tianxia” mobile game has made such major adjustments and changes, and it also makes it worthy of more expectations from the outside world in the next five years. After the traditional roll-on service and combined service, I believe that the new server ecology will not only lay a good environmental foundation for future long-term operations, but will also establish an excellent model for the internal roll-out of the MMO mobile game track.