The 1999 film The Mummy was a remake of the classic 1932 film of the same name, but with an entirely different plot and sequence of events. Rick (Fraser) played an Indiana Jones-esque hero who set out to save the world from the horrifying undead Egyptian priest Imhotep. However, when viewers first met Rick, he was a prisoner of war and would be hanged. Unfortunately, this scene almost became fatal for the actor when he “suffocated completely”.

Fraser recently spoke out in an interview about the “scary” hanging scene, where he was rescued by Evelyn Carnahan (Rachel Weisz).

He said: “There was a hangman’s gallows and there was a hemp rope tied in a noose that was placed around my neck. The first take, I try my best to choke.

“[Director] Steve [Sommers] says, “Can we go for another and pick up the tension on the rope?”

“I said, ‘Okay, one more take.’ Because a noose around your neck will choke you anyway.” (Via Entertainment Weekly)

The Mummy: Brendan Fraser spoke out about his time filming the movie (Image: GETTY • UNIVERSAL)

Fraser went on to reveal how a mistake nearly killed him.

“I remember watching the camera pan, and then it was like a black iris at the end of a silent movie. It was like turning down the volume switch on your stereo, like turning the Death Star off.”

Fortunately, Fraser was eventually okay, but he was being cared for by medical professionals. 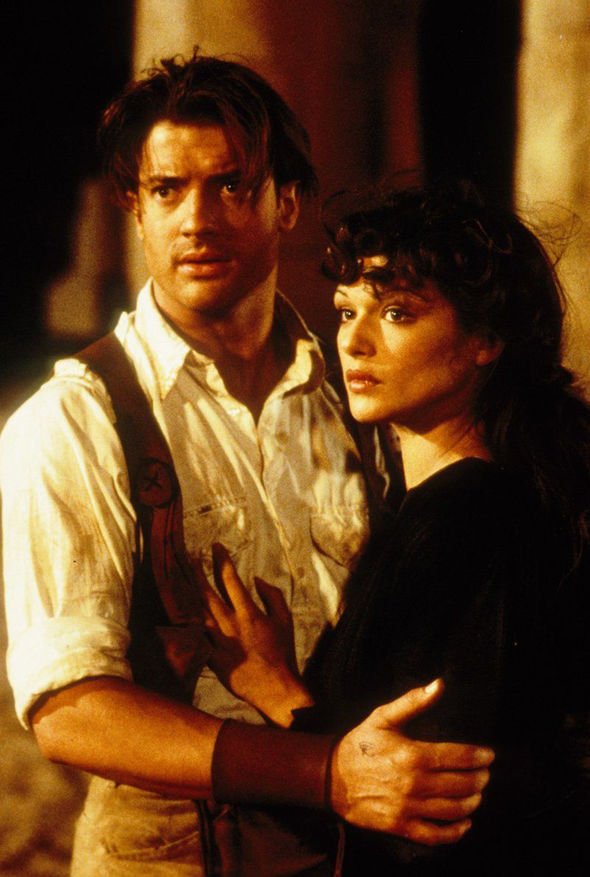 The Mummy: Brendan struggled to cope with the scene (Image: UNIVERSAL) 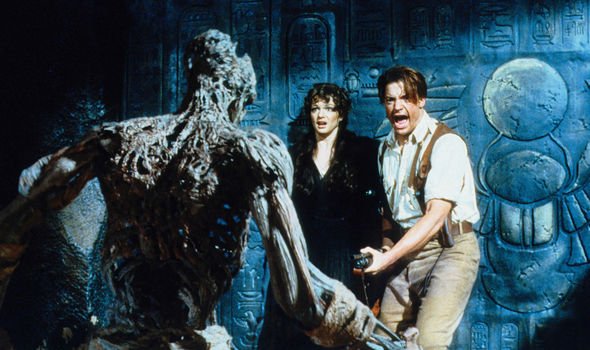 The Mummy has gone down in history as one of Brendan Fraser’s best films (Image: UNIVERSAL)

Fraser added: “I regained consciousness and one of the EMTs said my name. There was gravel in my ear and it didn’t really hurt.

“Stephen – he and I disagree – but I think he was trying… [say]: ‘Oh, that crazy Brendan, making another storm!’ Or something. I was like, ‘Hey, you guys think what to do, but I’m done for today.'”

The director disagreed with Brendan’s account of the choking incident.

Stephan said: “[Brendan] is totally to blame. He pulls the noose tight, and then, as we’re about to make the injection, he tries to make it look like he’s actually strangling him.

“I think it cut off his carotid artery or whatever and knocked him out. He did it to himself.’

Fraser later added that since Stephen had to “sell” that Rick was really choking, yes, “technically it was his fault” for “following my director’s directions”.

The American star added that before the camera landed on him, he took “three deep breaths”, making his face “purple”.

Fraser continued: “That must be a… [lesson in how] to suffocate yourself. I mean, that must have been it.”

The star rejoined Sommers in the sequel to The Mummy – The Mummy Returns – in 2001.

The Mummy and The Mummy Returns are available to rent on Amazon Prime Video.