When Samsung unveiled its first foldable smartphone in 2019, I was amazed by the whole concept. Why would anyone want a phone that was so fragile you’d be forgiven for wearing jeweler’s gloves to handle it and so expensive that you could buy a new phone for your whole family for the same price? “What a ridiculous idea,” I remember grumbling to a colleague after the Samsung Unpacked keynote ended.

While I had my concerns, Samsung seemed confident that this was the future of smartphones as the company launched iterative updates to its foldable phones last year.

And now the South Korean company is back with even more foldables. With the latest generation of foldable phones in our hands, it’s clear that Samsung was right to back this smart technology… and I was probably wrong to turn it down after its original launch.

A little over a week ago, the new Galaxy Z Flip3 arrived at my front door and I have to admit that I’ve been quite smitten with this foldable device.

The retro-style flip phone design looks great, and there’s now a larger 1.9-inch “cover display” that fits on the front, which lets you read messages, check the latest weather reports, set timers. and even take selfies. 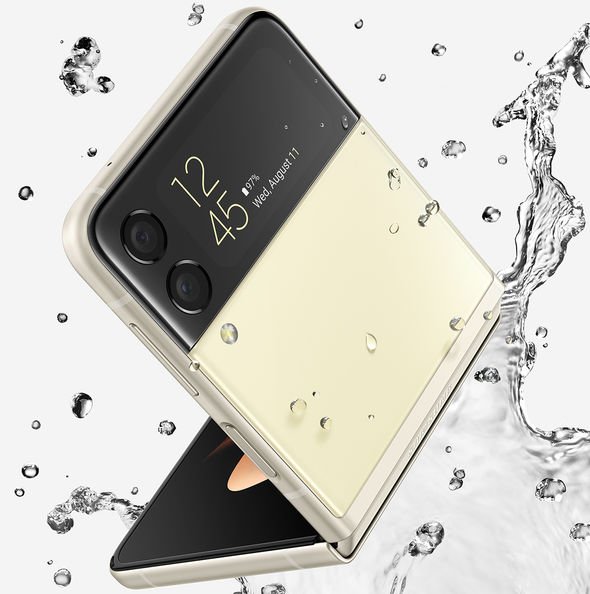 That’s all great, but perhaps the most significant upgrade to the new Flip is that it’s now much more robust. To achieve that, Samsung Armor uses Aluminum and Gorilla Glass Victus, making it 80 percent stronger, but it’s also fully IPX8 water resistant. That’s no mean feat since this phone has an opening, a hinge and a screen that can be folded in half.

With that rating, the Flip3 can be submerged in water for 30 minutes without fear of a soaked circuit board. However, it is not resistant to dust…so care should be taken if you start to see a build-up of fluff around the hinge.

The moment you pick up the Fold3 and hold it in your hand, you notice how solid this device feels. Even when you flip it open, the device remains rigid and Samsung has to be commended for a pretty amazing build quality. 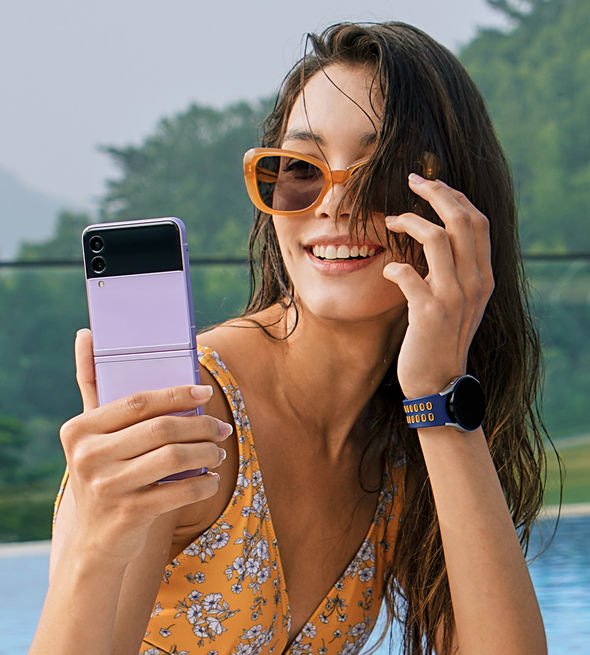 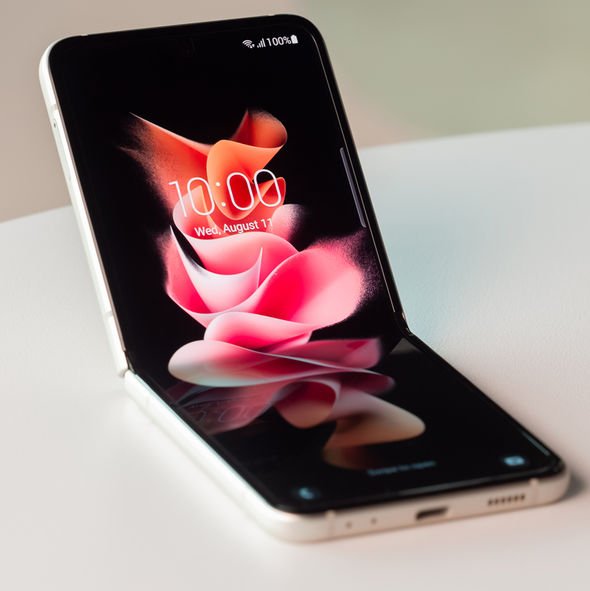 You can open the case halfway for hands-free calling (Image: SAMSUNG)

The strong hinge also allows you to open the cover half way – like a book – which looks great on your desk and allows hands-free video calls.

Once closed, the Flip3 fits neatly into your pocket or purse and once you open the clamshell case fully, you’ll get a stunning 6.7-inch AMOLED display with a 120Hz refresh rate for silky smooth scrolling.

There’s also a fast fingerprint scanner on the side, a fast processor and full access to the latest 5G data network. As I said before, this phone really impressed me, but it is not without its flaws.

First, I can’t ignore the awful crease in the middle of the 6.7-inch screen. Obviously this is a foldable phone, but you should be aware that this technology causes a pretty nasty bump that stands out like a very sore thumb.

It’s especially noticeable when using the screen in daylight and is quite distracting on a quick binge on a Netflix box set. Besides not looking very pretty, you can also feel the bump every time you scroll the screen. Bah! 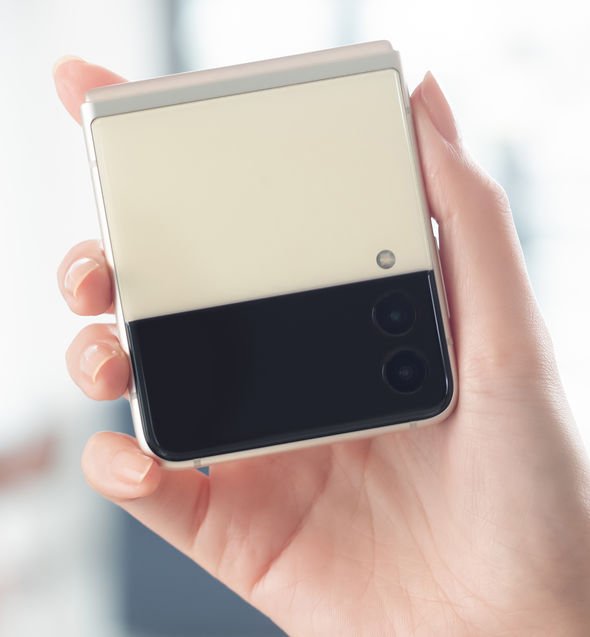 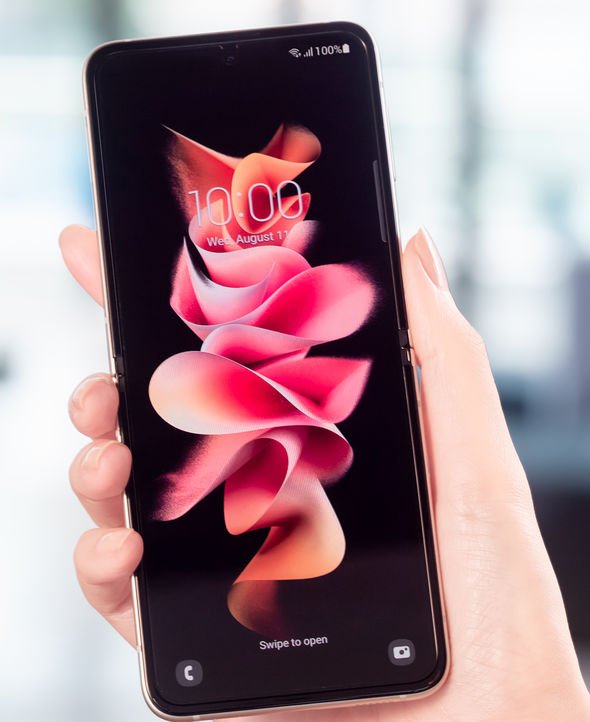 The next issue that the fold poses is the placement of the button on the side of the device. Where you really want it, the power and fingerprint scanner is in the same place as the hinge.

That means Samsung has had to move these buttons to the side of the device, making them quite difficult to use.

There’s also no wireless charging, battery life could be better, and the dual-lens camera takes solid photos, but doesn’t offer the same features as other Samsung phones. For example, there is no special zoom lens on the Flip3 and you cannot film images in 8K – something the S21+ has no problem with.

And the price is my last niggle, as the standard Galaxy Z Flip3 costs a whopping £949. I get that this is a new technology and Samsung is slowly making the foldable more affordable, but it’s a lot of money to just buy a phone with a flexible screen. to have. 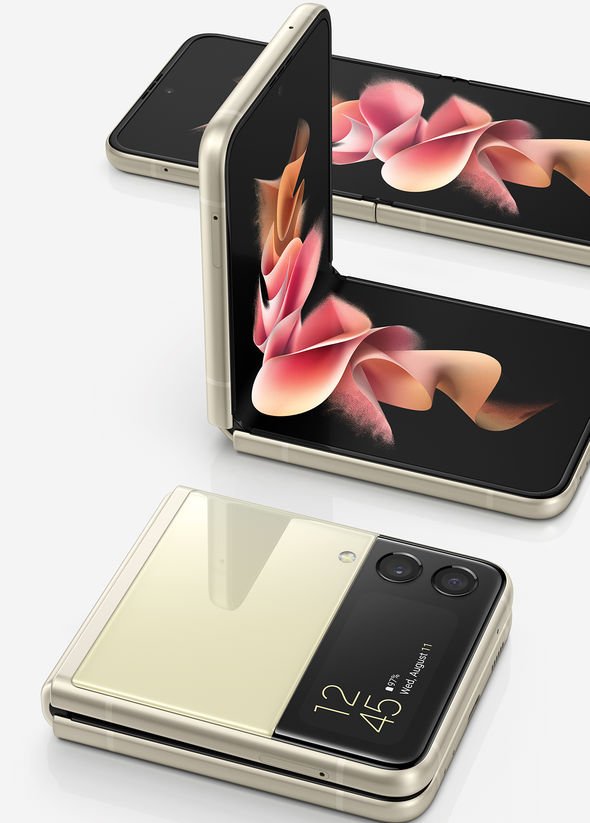 There is no doubt that the Samsung Galaxy Z Flip 3 is a stunning device that will thrill people when they open it for the first time. For those frustrated by the expansive dimensions of modern smartphones, this is a great way to pack a huge screen into your pocket.

The Flip3 is incredibly smart and, minus that annoying crease in the center of the main screen, the upgraded 120Hz AMOLED display is definitely a beauty. Not only that, the updated cover display makes the whole device easy to use and the fact that it’s now more robust should help calm the nerves of those who buy one.

Well, that’s a tough question. If you’re all about style and want to impress your Instagram followers and true friends with a flip, foldable phone, then the Flip3 should be high on your wish list.

However, if you want the very best features from a £900 smartphone, there are better options on the market, including the Galaxy S21+. For the same price as the Flip, you get a better camera, faster charging, a built-in fingerprint scanner and the ability to top up the battery wirelessly.

That said, the new Flip3 is a brilliant little phone that made me swallow my words and change my mind about the future of foldable phones. Bring on the Flip4, I can’t wait to see what Samsung is up to next.