According to reliable leaker Tom Henderson, the beta version of Battlefield 2042 will be launched later.

This is reportedly ahead of a Battlefield 2042 open beta that will be available to all players on Friday, September 24.

On Wednesday, Henderson wrote on Twitter: “The #BATTLEFIELD2042 Beta is September 22nd.

“I’ll be giving away 10 copies of #BATTLEFIELD2042 to 10 random people who will retweet this if it turns out not to be true.”

The leaker then added: “The #BATTLEFIELD2042 Beta on September 22 is not speculation or a guess.

“Like I said with the #Vanguard leaks… Take it with a pinch of FACT.

“I’m just as confident as I was when I saw the internal trailer with my own eyes.”

Henderson was then asked if the September 22 date was for early access to the beta, or when the open beta would begin.

To clarify this point, the leaker said: “September 22 seems to be early access, because then the media embargo will be lifted (media record September 20). 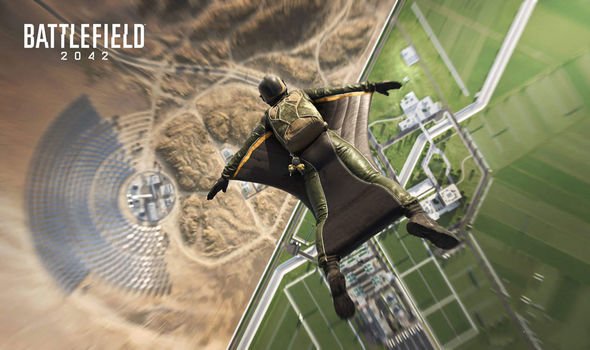 Battlefield 2042 beta dates have been leaked – mark these dates in your calendar (Image: EA)

“So I assume the beta will be open to everyone on September 24.”

EA and DICE previously announced that the Battlefield 2042 beta will take place in September.

This is ahead of the game’s October 22 release date.

Those who pre-order either the standard Battlefield 2042 on PS5 or the gold or ultimate edition will get early access to the beta.

According to the PlayStation Store, the standard version of Battlefield 2042 for the PS4 does not include early access to the beta.

However, early access to the Battlefield 2042 beta will be offered on the standard version of the game for Xbox One.

Dragon Quest XII: Development is on the rise