Beware of the signs of electronic addiction

The Al-Mawddah Association for Family Development renewed its warning against electronic addiction through a “Use it, don’t get addicted” campaign.

He listed seven signs by which one can determine whether a person is addicted or simply “attached” to the Internet. There is no unified and consistent definition of internet addiction in the scientific community, and many do not want to admit that they are addicted to internet browsing. “It is not possible to know what to diagnose in cases of Internet addiction, so we are referring – looking at the results – to ‘potential drug addicts’,” says Hans-Juergen Rumpf, a German researcher specializing in addiction problems. 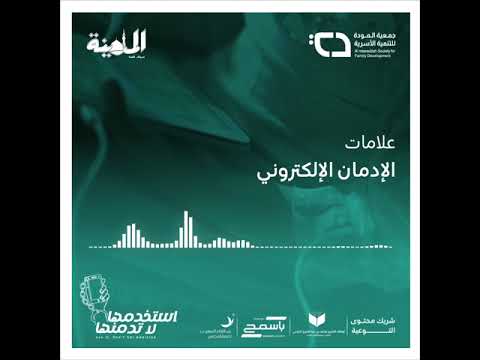 According to a study conducted by Rumpf, more than half a million Germans suffer from Internet addiction, whether it be computer games that require an Internet connection, chat or browsing on social networking sites. The age group most vulnerable to this addiction is that of children and young people, who tend to spend long hours a day surfing the Internet. The study, led by Dr. Hans-Jürgen Römf, outlines seven signs by which parents can infer whether their children are addicted to the Internet:

1. Duration of use: Internet use is four hours a day or more, as many Internet addicts spend most of the day online.

2. Withdrawal Signs: Someone who suffers from nervousness, discomfort or sensitivity to any external stimulus when not connected to the Internet, may be addicted.

3. Loss of self-control: Those who cannot control the beginning and end of the Internet browsing period alone and without outside interference may be addicted to the Internet.

4. Lack of social contacts: Those who prefer the world of the Internet to spending time with family and the social environment, show signs of Internet addiction.

5. Poor health: If the computer is left running all night and signs of sleeplessness and paleness appear in the morning, it is a cause for concern that the person may be addicted. What worries the most are problems in the workplace or school, as well as health problems, often represented by pain in the spine, eyes and nerves.

6. Justify the reasons: Those who constantly look for excuses to neglect school or homework to sit in front of the computer and surf the Internet, show signs of addiction.