There may be a Fortnite Cube event to conclude Season 7 (Image: EPIC GAMES)

Fortnite fans have just over a week left of Season 7. The current Battle Pass says it will run until Sunday, September 12, when there are rumors of an event that will conclude Season 7 and lead into Season 8. Leading up to this event, an in-game countdown is expected to appear showing how much time is left until the Fortnite Season 7 live event.

After the release of Fortnite 17.50 update earlier this week, notable leaker HYPEX said a Fortnite Season 7 event countdown would be coming soon in Battle Royale.

And this countdown is expected to go live on Friday, September 3.

HYPEX tweeted: “Event countdown appears over corny, it’s currently in-game by accident as a placeholder at times. The countdown should be out this Friday!”

It has been rumored for some time that Epic Games will follow up the Ariana Grande concert with another Fortnite event.

According to the rumor mill, Kevin the Cube will return during this Fortnite event.

For a long time, Fortnite fans will remember that the Cube was a big highlight of Fortnite Chapter 1, featuring prominently in Season 5 and Season 6.

The Cube’s comeback is believed to be the brainchild of a character who plays a part in the Fortnite Chapter 3 storyline.

Rumors about Season 7’s Cube event were part of a wider series of claims from a leaker.

And what’s interesting about this is that one of the claims the leaker made has already come true.

This leak — which surfaced in July — revealed the Ariana Grande event well before Epic Games officially announced it. Which might add credibility to the leaker’s other claims. 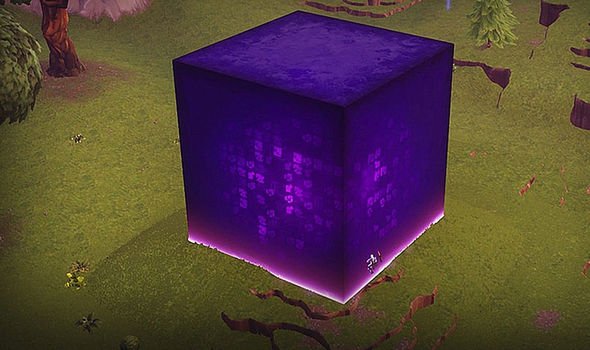 This leak originated on Reddit and also claimed that Fortnite Chapter 3 will usher in an all-new map and that the Fortnite Season 8 Battle Pass could include a Naruto skin.

Elsewhere, ahead of the Fortnite season 7 live event, Battle Royale fans may have discovered a crucial detail.

Potential spoilers to follow, so don’t read any further if you want to get into the event completely fresh.

It is believed that the next Fortnite event will end with a period of server downtime and lead to the start of Season 8.

This news was revealed by @FNLeaksAndInfo after the release of update 17.50 on Tuesday.

The Fortnite leaker posted: “There is one more event coming to end this season and will most likely feature a different wait/load screen similar to the end of Season X and Season 4!”