Game News: Azure Striker Gunvolt 3 is back with a developer video

Inti Creates contacted BitSummit Azure Striker Gunvolt 3″ yield. Specifically, you can watch a developer video with Keiji Inafune. In it, you see a meeting of the developers, where they refine Kirin’s fighting style. At the very end, it is finally announced that the Nintendo Switch release will take place in the summer of 2022.

The genre is described as story-driven 2D side-scrolling action. As with his predecessors, Keiji Inafune takes on the role of “Action Supervisor”. However, with Hiroki Miyazawa, you can now count on additional, experienced staff. The director of Bloodstained: Curse of the Moon is the “Action Director” on Azure Striker Gunvolt 3.

The shrine maiden Kirin is the new heroine of the game. Your seventh power can seal the abilities of others. Her fighting style combines a sword with enchanted talismans. But of course, Gunvolt also has charisma. 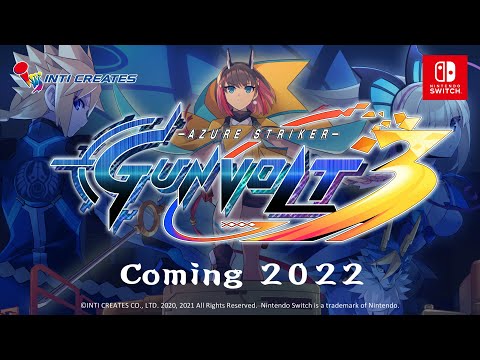