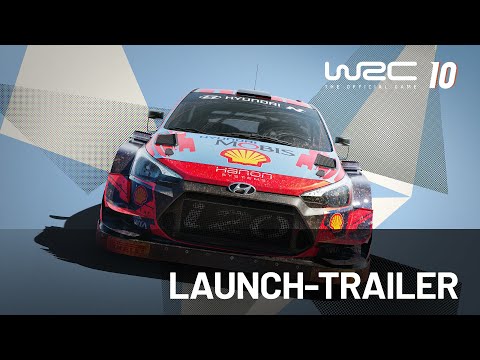 Nacon and KT Racing present the launch trailer WRC 10th. We are tuned to the racing game with beautiful driving sequences.

To celebrate the 50th anniversary of the competition in 2022 offers WRC 10th a special anniversary edition that offers a multitude of new features and thrills while driving. An anniversary mode gives the player the opportunity to relive 19 events that shaped the history of the championship. These demanding special stages test the drivers’ skills by imposing the conditions of the respective era on them. Players await six historic rallies, including the legendary Acropolis Rally (Greece) and the San Remo Rally (Italy), featuring over 20 of the most famous race cars in the WRC: Alpine, Audi, Lancia, Subaru, Ford, Mitsubishi, Toyota and many further.

The physics simulation has been further improved to provide players with an even more realistic driving experience. The aerodynamic forces, the turbo and the brakes received special attention this time on all surfaces, meaning: WRC 10th gives an even more precise and intense driving experience. In addition, the completely revised audio design of the new version helps to immerse the drivers even deeper into the game – as if they were there themselves.

The career mode has also been expanded – with a new livery editor and the ability to create your own team. Players can add their own colors to their championship vehicles to complement the 52 official teams for the 2021 season and compete with their own individual team.

In order to continuously expand the gaming experience, the game will also receive several free updates in the months after launch, especially new cars and new birthday events, regular updates of the Co-Driver mode, new stickers in the livery editor and finally one brings a new online multiplayer championship mode.

WRC 10th is available since yesterday for PS4, PS5, Xbox One and Xbox Series X. The Switch version will follow at a later date.