Dust it off now! You could be sitting on a retro gaming fortune

Old PlayStation and Nintendo retro games can be worth a small fortune (Image: NINTENDO • PLAYSTATION • GETTY)

You may not realize it, but old Nintendo and PlayStation games have gone up in value. Last month the most expensive video game ever sold – for a whopping $2 million. That was an unopened copy of the classic video game Super Mario Bros for the NES, released in 1985. This came after sealed copies of Super Mario 64 (released in the 1990s) and The Legend of Zelda sold for $1.5 million and $870,000 respectively.

And to verify the authenticity of these valuable game relics, gaming review services issue certificates to accompany these pop culture artifacts.

Rising prices mean that a gaming bargain you picked up at a car boot sale years ago can now be worth hundreds of pounds or more.

However, keep in mind that not all retro game items are as valuable as others.

The Nintendo games that recently set record prices were all unopened and in pristine condition.

The copy of the US version of Super Mario 64 that sold for $1.5 million had a near-perfect score of 9.8 out of 10, awarded by game grading service Wata Games.

This means that the game – which is almost 25 years old – was in near mint condition.

In July, sales held by Heritage Auctions generated $8.4 million – this included the $1.5 million copy of Super Mario 64, plus games from the Tomb Raider and Final Fantasy series.

Roberto Dillon is the founder and curator of the James Cook University Museum of Video and Computer Games in Singapore.

This museum displays 400 items charting the evolution of the medium over the years.

Dillon, who started collecting video games 12 years ago, said: CNN the “holy grails” are unopened, early editions of iconic games that are still in their original packaging.

Dillon explained, “If you open it, the value of the game is halved”. 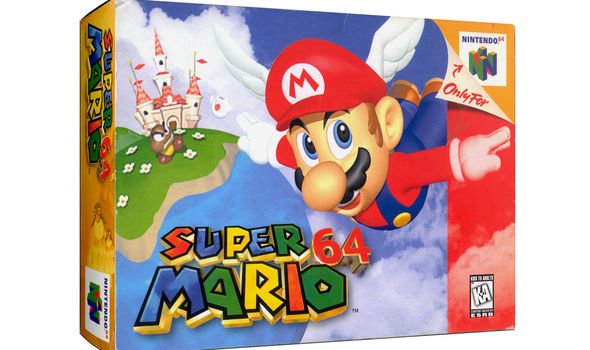 Even if you missed the boat on picking up retro games decades ago, the good news is that — as gaming moves more and more into digital sales — physical editions currently on sale may become increasingly rare.

Dillon predicts that limited-edition physical games could become the next big thing.

He said: “In twenty years’ time today’s kids will have disposable income and (will) want to recreate a collection of games from when they were young … they look for the collector’s editions that were launched back then, but they weren’t the owner.”

While unopened games in pristine condition fetch the highest amount at auction, you might be surprised at the prices of some of the old games and consoles you have lying around your house.

Especially if these items are in good condition and have the original boxes and manual.

If you find retro game items lying around and wondering how much it’s worth, go to pricecharting.com.

There you can find the value of various game items and how much their value has changed over time.

PS Plus October 2021: Big Prediction Of Free PS4 And PS5 Games Made Before PlayStation Reveal