Korean-style “Pokémon” and “Duo Comparable” have been exposed, the quality is super Pokémon, players exclaimed that it was really fragrant!

At the exhibition, more than 30 new and old games were unveiled. Although there are not many hard goods, the number is still substantial. Fortunately, in a game where people with face blindness seem to exchange names at all, I still found a very eye-catching game-“DokeV” (hereinafter referred to as : More comparable).

The latest PV has been viewed 1.61 million times at station B. In GameLook’s impression, apart from DNF in its heyday, few Korean games have received such a huge attention.

According to the official introduction, “Duo Comparable” is an open-world action RPG game produced by “Black Desert” developer Pearl Abyss, and the core member of the entire R&D team is “Black Desert” animator Kim Sang-young Cui Shuyuan, the project leader of “Black Desert” and “The Ninth Continent”.

The first time the game was first exposed was in November 2019. It is planned to log on to the PC and console first to fully present the excellent picture of the self-developed engine, and then log on to the mobile terminal. It is worth mentioning that Pearl Abyss confirmed that this work is no longer an MMO, but an open-world action-adventure game.

A major Korean game company that started as an MMO doesn’t do MMO, which sounds a bit confusing, but combined with the recent wave of “open world + cross-platform” in South Korea, this Korean giant also seems to want to redefine the open world ARPG. Ceiling. 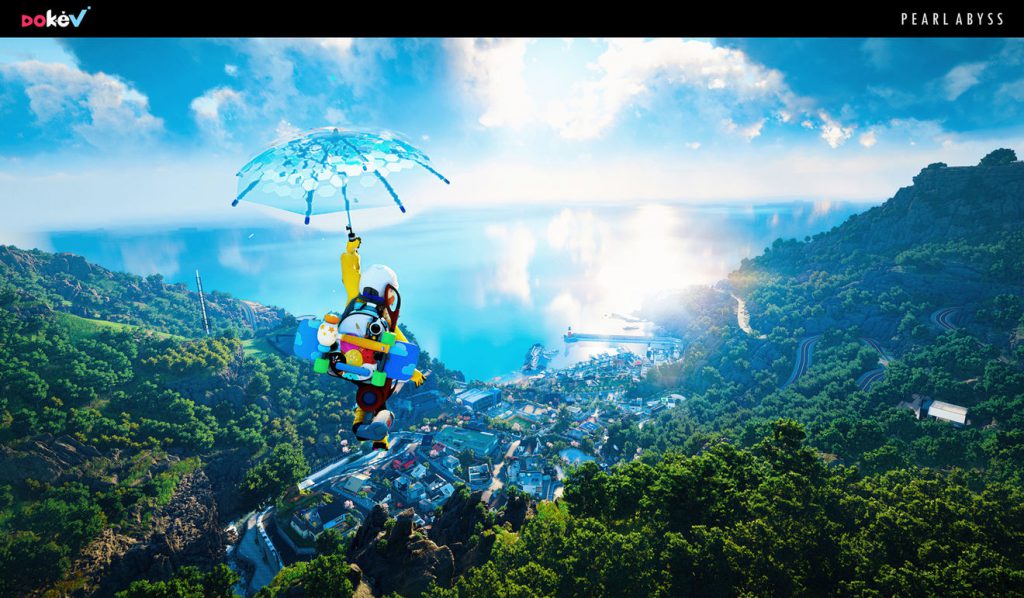 “Duo Comparable” can get a lot of attention from players, and it is inseparable from Pearl Abyss’s meticulous design of the game content. And, compared to the first PV in 2019, Pearl Abyss revealed more new information about the game at the Cologne exhibition.

First of all, in terms of world view, the story frame of “Duo Comparable” tends to be more complete, telling the story of a child played by the player adventurously in an open world full of ghosts. In the game, players will be able to use a variety of equipment to carry out adventures, and collect various items and ghost creatures (more comparable) to complete tasks. 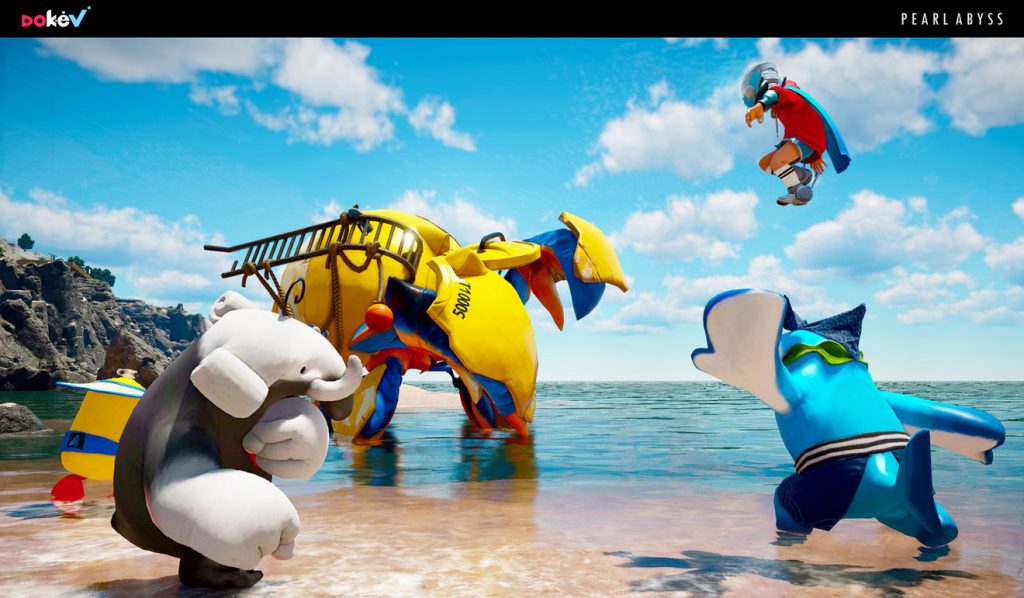 What’s interesting is that for the setting of collecting Duo Comparable for battle, many players thought of “Pokémon” in their first impression. Of course, compared to GF’s extensive R&D standards, Pearl Abyss is definitely much more rigorous.

In addition, the development team also revealed at the Cologne Show that in addition to conquering ghosts by weakening them in battle, players can also conquer them by establishing friendship with ghosts. The game also provides a variety of vehicle systems, including vehicles, skateboards, rocket shoes, paragliders, and even alpaca. Players can also use flying vehicles to fight aerial monsters. 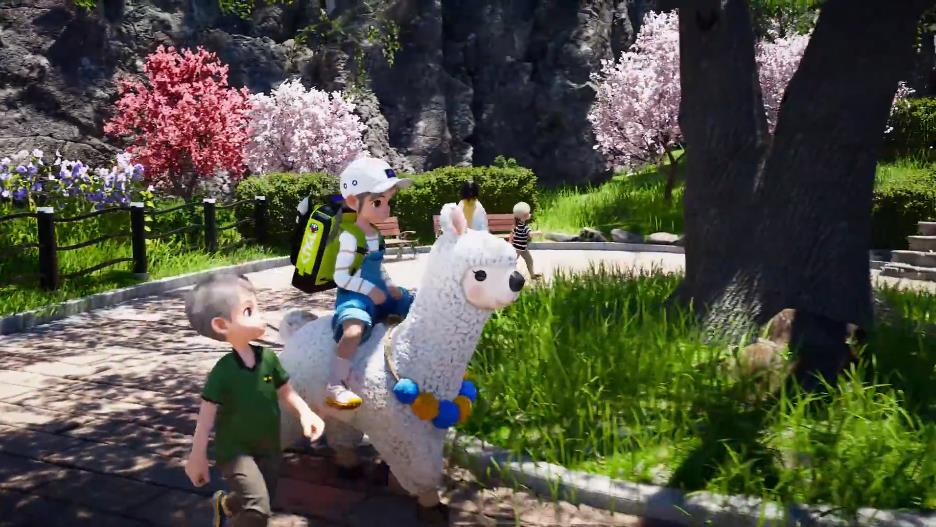 Pearl Abyss has always been very good in combat design, which has been reflected in “Black Desert”. Now, the development team has brought this advantage to “Duo Comparable” and strengthened it.

The game uses a real-time combat system, as the companion ghosts, their characteristics will be reflected in the battle. Take the “boxing bear” that appears in the trailer as an example. In addition to boxing attacks, you can also throw the player into the air to perform a floating combo, and then the “boxing bear” will act as a buffer to catch and protect the player when the player falls.

Not only that, but it is not difficult to see from the PV that the game also provides players with a variety of casual gameplay, such as beach mini-games, fishing, kite flying, etc., which almost assemble the current mainstream gameplay. Since the game itself also uses a cute cartoon style, and the protagonist is set to be children, as soon as the new PV appears, many players’ childlike innocence quickly falls.

But it still needs to be pointed out that since the game is currently under development and the specific launch date is still inconclusive, the specific gameplay still needs follow-up observation.

Refusing to be greasy, Koreans want to get through all age groups

In the past, most of the outside world’s impressions of Korean games remained greasy and adult-oriented, but this time it was different. Whether it’s the core gameplay or the style of painting, the attitude of “Duo Comparable” has been very clear, that is, to become a full-scale game. Age group games. 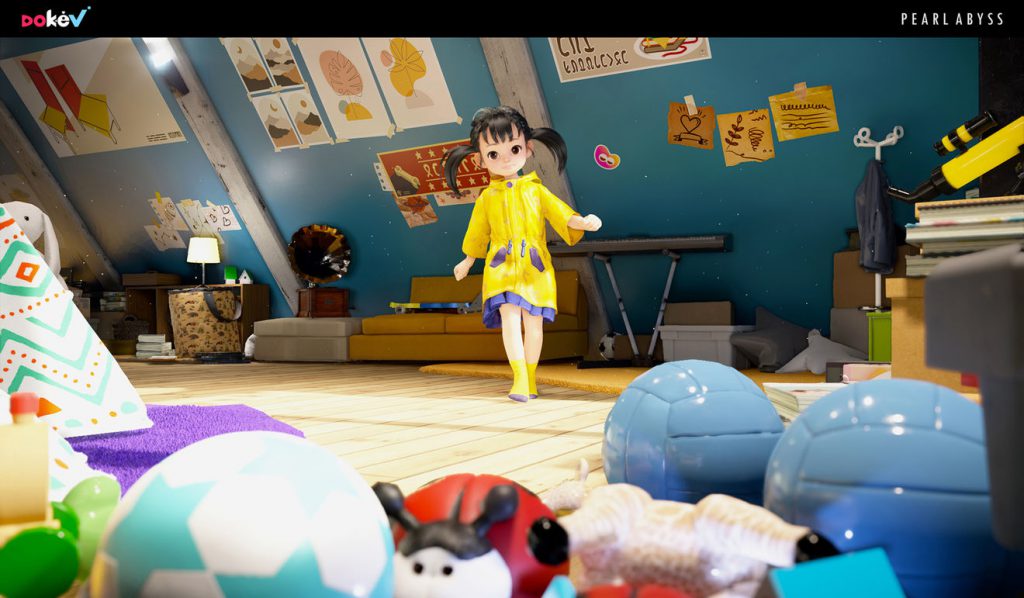 In fact, in an interview with a game developer, game director Daeil Kim said that as the father of a child, he really wants to develop a game that can be played with the whole family, and the experience of watching “Ghostbusters” as a child is just a gift Inspired by my own creation.

However, as we all know, players of different ages have many differences in interests, operational abilities, content, etc. How to integrate the creative concept of “anyone can play” into the gameplay, worldview, and emotional core of the game has obviously become The biggest difficulty of the team.

In order to make it easy for everyone to participate, the team’s approach is to take the common intersection of players. For example, the art adopts a cartoon style that is generally accepted by the public; the theme chooses the childhood fantasy that everyone has experienced; the combat gameplay, The team must not only present the studio’s previous action style, but also strive to improve the operation method so that everyone can easily get started.

Cartoon style + collection to develop the feasibility and versatility of the gameplay. Pokémon IP has already tried it early and has been tested by the market. The 3D action-based combat gameplay meets to a certain extent the needs that some Pokémon players have always wanted, but GF has not realized it.

Most games of all ages have the theme of “happiness”, and “Duo Comparable” is no exception. In a more subtle place, the development team also added a variety of expressions that evoke laughter and emotional resonance, such as a group of children playing in circles, the characters kicking their legs when sitting upright, etc., not just describing cuteness, But to reflect the child’s movements as much as possible.

To this end, the team has spent a long time observing the actions of children in reality, with the purpose of presenting the image of children familiar to everyone, to cause everyone to smile, not to create a new look.

Cross-platform play new tricks, the ambition of Koreans is not small

In the past two years, many new variables have appeared in the gaming circle.

First, the emergence of “Original God” turned out to ignite the “open world + cross-platform” craze. Since then, the emergence of the concept of Metaverse metaverse has further expanded the concept of the game. Facing the new trend, the Korean game company obviously did not want to sit still and chanted the slogan of “restoring the glory of Korean MMO”.

In fact, they did so.

At the beginning of this year, the Koreans used a cross-platform open-world MMO “Gran Saga” developed by UE4, which is the main Korean two-dimensional element, and sounded the clarion call for counterattack. This is also the first “Like Yuanshen” product to appear after “Yuanshen”. After the game was launched, its Q1 turnover reached 16.2 billion won (approximately 94.8 million yuan), becoming the only new revenue TOP5 in the same period. product.

Subsequently, a new MMORPG developed by Kakao Games, “Odin: Rebellion”, ended the rule of “Paradise” in South Korea with a swift posture. It is understood that the game uses Nordic mythology as the theme, uses UE4 to create the picture, and uses the most advanced 3D scanning technology and motion capture system for character design. The advantages of the three-terminal cross-platform have also made the game online booming, and currently occupy the first place in South Korea’s best-selling list for more than 50 days.

As an established manufacturer, NCsoft is not to be outdone, and recently announced that it will launch a new work “Paradise W”. Although the game is not an open world gameplay, it also supports cross-platform experience. Players can use NCsoft’s cross-platform game service “PURPLE” to enjoy multi-end gaming experiences such as mobile phones, PCs, PS5, and Switch.

It can be seen that only one year after the “Yuan Shen” hit the world, four Korean masterpieces including this time “Do Comparable” have followed up cross-platform interoperability, and many games have also introduced the big world gameplay, South Korea The speed of people is surprising.

While maintaining the cutting edge of gameplay, Korean manufacturers are also keeping up with possible future trends. In an interview, the “Duo Comparable” team stated that the game will add multiverse elements in the future, hoping that players can feel similar to the real world when playing games in the virtual world.

Even at the previous earnings conference, PearlAbyss’ CFO also said that games have become an important part of life. In the future, the game-centric lifestyle will gradually expand, and “DokeV” is PearlAbyss’ first meta-universe game.

From the perspective of game types, the types of these four Korean cross-platform masterpieces are also different, including traditional entertainment MMOs, two-dimensional “Gran Saga”, and “not being a big sister, but a little kid”. “More Comparable”, this shows that South Korea is generalizing in the field of cross-platform games, and the quantity and quality are also rapidly iterating.

At the moment when going overseas has become a necessary option for domestic manufacturers to expand the market, the response of domestic manufacturers seems to be a bit slow, but the future competition in the global market will also become more intense. Under such circumstances, what the Koreans call “restoring the glory of Korean games” may really be more than a slogan.

Xbox Game Pass continues in September with Astria Ascending, Sable and these games

Playstation News: Bringing the lead character of Kena: Bridge of Spirits to life