Sega has detailed what content will be available after the actual launch of lost judgment for the action adventure: 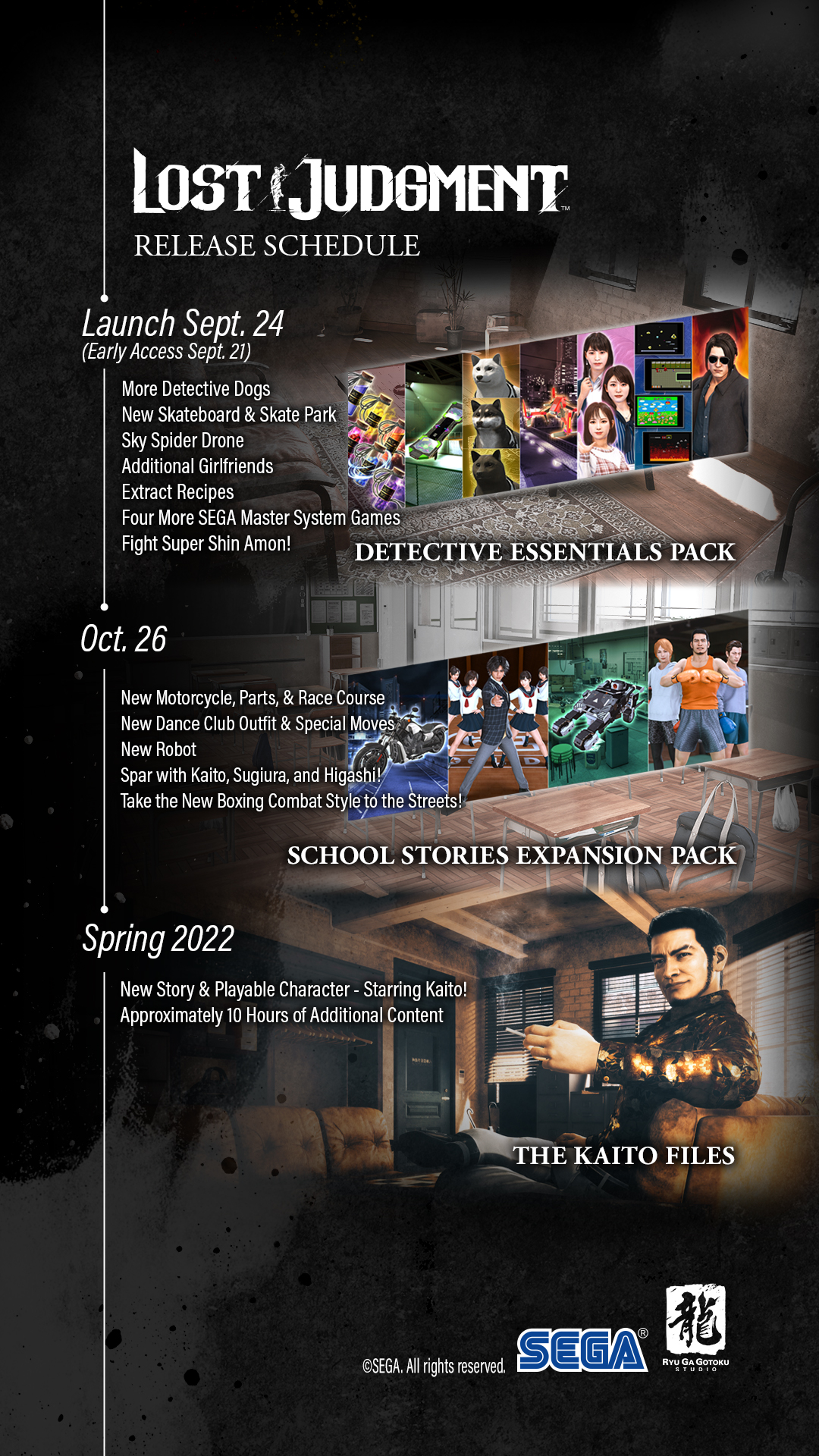 This bundle of useful items will be available as soon as it launches. It contains the walker’s lucky cat, which can be displayed in Yagami’s office and depending on the distance traveled earns money. It also includes Staminan Spark health items and three extract recipes that can be used to synthesize temporary battle boosters for fiery energy balls and quick recovery.

Available for preorders of the Digital Deluxe or Digital Ultimate Edition at launch, this pack expands Yagami’s lifestyle, combat and detective gear.

The detective and lifestyle content includes three new colors for the Shiba Inu detective dogs, four additional playable SEGA master games for Yagami’s office console, the mobile hoverboard with a new skate park and additional characters. Combat benefits include six extract recipes that temporarily equip Yagami with extraordinary abilities, from ki lasers to telekinesis, as well as the separate challenge to use his power against Shin Amon in The glove to test.

Available on October 26, this expansion pack includes activities that allow for further interaction with the school’s clubs. Players fight in the boxing ring with unique sparring partners and burn rubber with a new gear motor. In addition, new skins and moves are available in the dance team. A new robot can even be assembled and used to control the robot club.

Yagami also brings the boxing match out of the ring and onto the streets. This is ensured by a new fighting style that ties in with his standard martial arts.

This expansion pack includes an additional story featuring Masaharu Kaito, Yagami’s partner. It will be available in the spring of 2022.

lost judgment will be released on September 24 for PS4, PS5, Xbox One and Xbox Series X.