Call of Duty Vanguard on PlayStation and Xbox (Image: ACTIVISION)

With just a few days left until the Vanguard beta, Activision will give fans a taste of what’s to come.

The reveal of the multiplayer gameplay of Call of Duty Vanguard will take place on September 7th.

Versus gameplay will be broadcast live on YouTube at 6:00 PM Dutch time. Fans can watch the action live by hitting play on the YouTube embed below.

In addition to multiplayer maps and game modes, Activision is expected to unveil a new cinematic trailer.

Fans can also find out more about this week’s multiplayer beta, which takes place on September 10.

The beta will be much bigger than the recently released Alpha, with more game modes and maps.

Likewise, Activision has made numerous changes to the game, including visual changes to improve visibility.

Fans will also notice improvements to spawning in the Champion Hill game mode. You can check out the full list of beta content below, as well as the multiplayer gameplay stream. 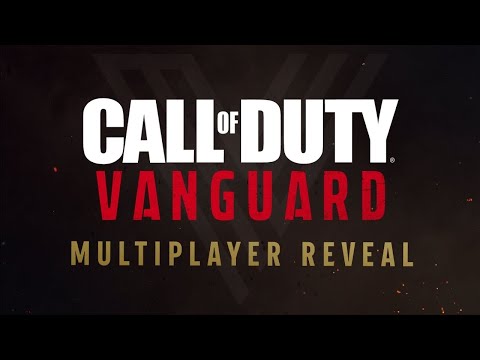 – Based on Hardpoint, this target-based mode has a scoring zone in almost constant motion; if operators want to collect points for their team, they must keep track of it and move around the map within this patrol point.

– These are also the exact modes that you can play alongside Patrol during the beta period (Patrol and Search & Destroy will be available later in the beta).

– Weapons are persistent through matches. There are ten upgrades per weapon, each with one attachment.

– PlayStation players will get +2 custom loadout slots (12 in total, 10 for other platforms).

– Combat Pacing is a feature that allows players to choose the intensity of their games.

• Tactical: These are the lobbies that franchise veterans know well.

– This is the experience you’re used to with classic Call of Duty battle timing. Tactical Combat Pacing is always 6v6.

• Attack: Balanced combat pace that gives you plenty of room to breathe and lots of targets to kill.

– In Beta Weekend 1, the number of players varies between 20-28 players.

• Blitz: Action-packed lobbies where the intensity is ramped up to frenetic levels. Prepare for a lot of battles when you choose to participate in a Blitz.

– In Beta Weekend 1, the number of players varies between 28-48 players.

OPERATORS (each has 1 final move)