Madden NFL 22 is FREE on PlayStation, Xbox and PC – download before the offer expires

Madden NFL 22 will be free to play for a limited time only.

EA Sports has announced plans to hold a free weekend for the popular American football title.

Madden NFL 22 is available to download for free from September 9-12.

When the trial ends on September 12, fans will need to download the game for full price to continue playing.

Fortunately, EA Sports offers a 25% discount for the duration of the trial, so you’ll save some money.

It’s EA’s way of celebrating the start of the NFL season and boosting sales in the UK.

“During the trial period, fans will be able to play everything in Madden NFL 22, including the recently launched ‘Campus Legends’ event in Superstar KO mode, which added ten college football teams to the mode.

“LSU has emerged as the players’ team of choice, and in just its first full day of availability, ‘Campus Legends’ delivered a 600% increase in player engagement in Superstar KO compared to Madden NFL 21.”

As EA points out, the free weekend coincides with the start of the Madden Moment: Ultimate Kickoff.

The new feature is being described as an “immersive, live service experience of the season”.

“Players can unlock themed gear with a new event in The Yard and take on new challenges to earn Ultimate Kickoff Heroes and Strategy items in Ultimate Team, with more to come.”

The free trial comes just a few weeks after the launch of Madden NFL 22. 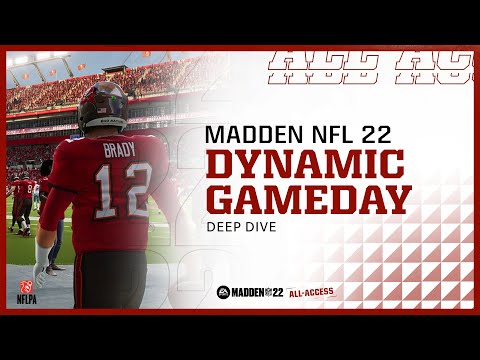 “Madden NFL 22 is where Gameday takes place. It’s everything you love about the NFL that is injected into each mode through the BRAND NEW Dynamic Gameday.

“Whether you’re strategizing a matchup in Franchise, competing in Play Now or participating in Ultimate Team, you’ll feel the dynamic gameplay of Gameday everywhere.”

Unfortunately, however, the game currently only has a score of 69% on Metacritic.

The general consensus is that the latest release is an improvement over last year’s game, but still not where it once was.