ByteDance officially enters the second dimension, and it is still a 3D open world MMO!

GameLook report/To choose the popular “fried chicken” in the game industry nowadays, the two-dimensional category should not be ranked first.

A “Original God” has taken the world by storm, bringing this once niche category to the public, igniting the enthusiasm of players, but also stimulating the nerves of many game manufacturers, such as not long agoTencent Tianmei Studio once broke out that it is recruiting talents to develop an AAA-level original two-dimensional IP, And recently, Bytedance has finally made a move in the two-dimensional field.

In the first half of this year, relying on the brilliance of “One Piece: Hot Blood Route”, ByteDance made a sound in the game circle, and with the successive acquisitions of overseas game companies Youai Huyu, Mutong Technology, and VR company Pico , Byte’s game blueprint has initially appeared. 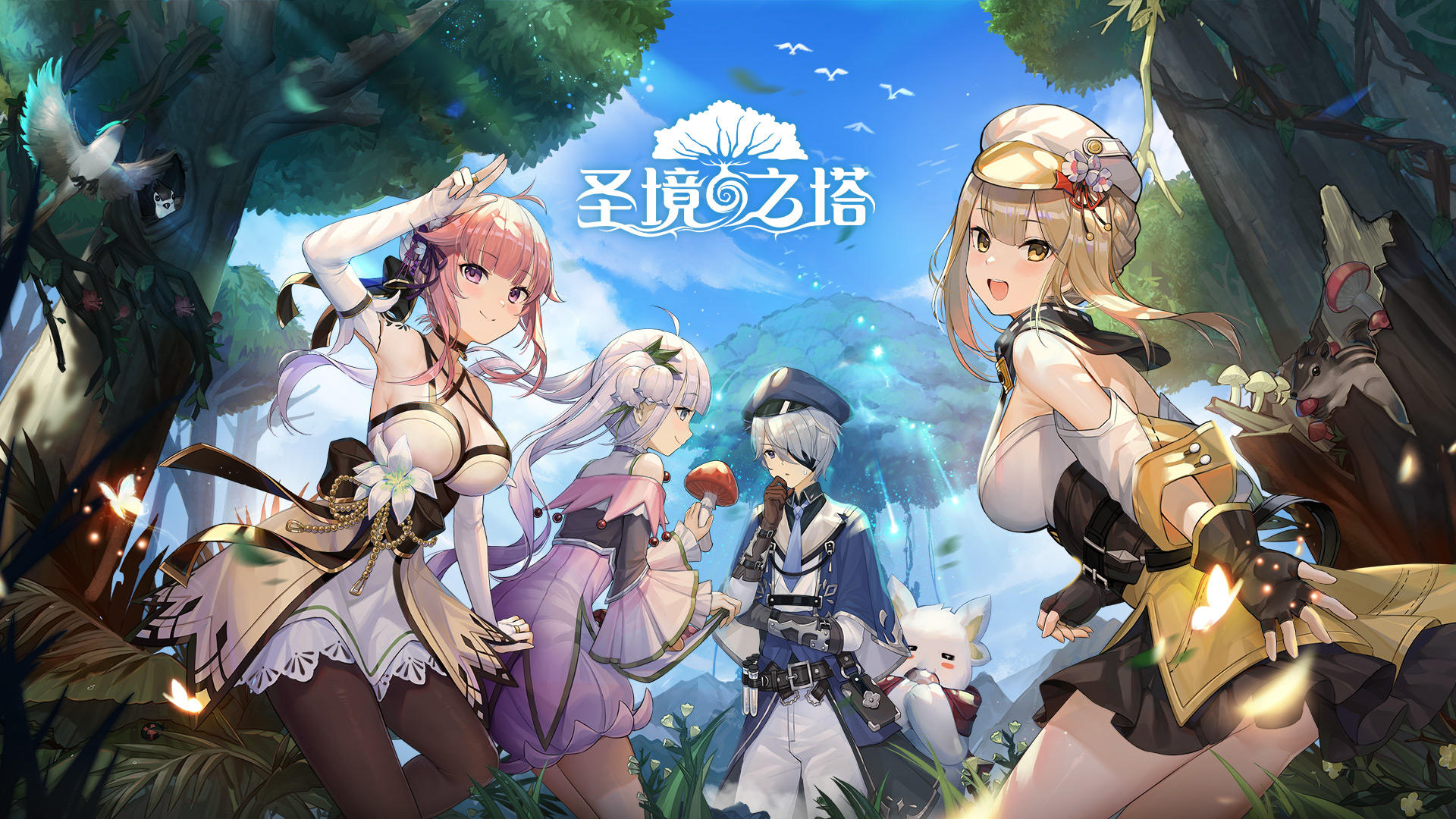 According to the announcement issued by Kunlun Wanwei, ByteDance has only obtained the distribution rights of “Tower of the Holy Land” in mainland China, and the game is expected to be officially launched in the Q1 quarter of next year.

In fact, this game has already been launched in the southeast by GameArk, a subsidiary of Kunlun Wanwei, and the results achieved are also very impressive. 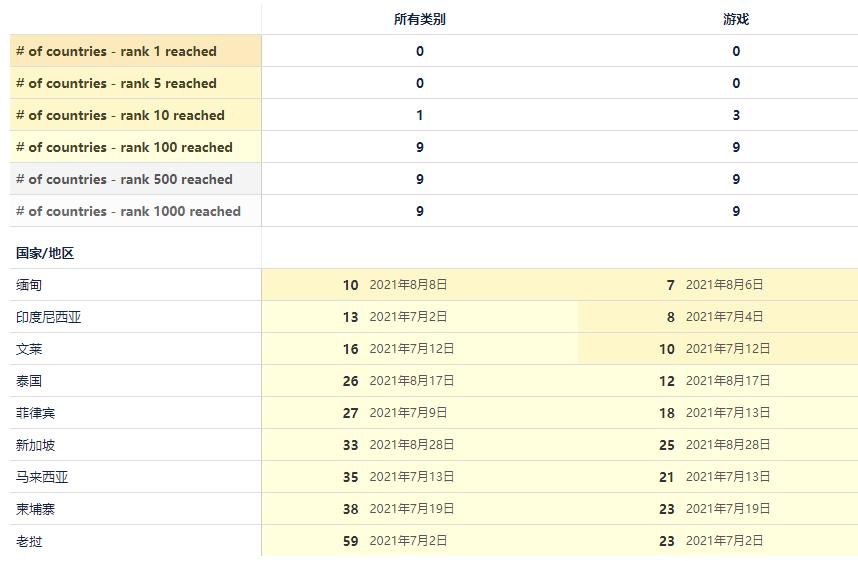 It is worth mentioning that before the game was launched overseas, because the game’s PV and product positioning were closer to the “Original God”, it attracted wide discussion and great interest from foreign players.

However, with the official launch of the game, after being exposed to the core gameplay, many overseas players have really learned that although both “Tower of the Holy Land” and “Original God” are two-dimensional open world games, in terms of core gameplay, The two are almost completely different, and they are not even the same type of game.

﻿The latest demo for overseas playersAccording to the official statement, “Tower of the Holy Land” is a two-dimensional forest light adventure world MMORPG. Therefore, many gameplays in the game respect the settings of conventional MMO games, such as the game has most MMO products. There are everything in the city, such as the face pinching system, the guild system, and the home development system.

The most distinctive feature is perhaps the worldview in the game. The reason why it is defined as a “forest” adventure game is precisely because the characters in the game are actually closely related to the flowers in the forest. The character and background of the characters refer to different kinds of flowers, and the development team even designed the flower language for each character. Gives a touch of romance to the game. 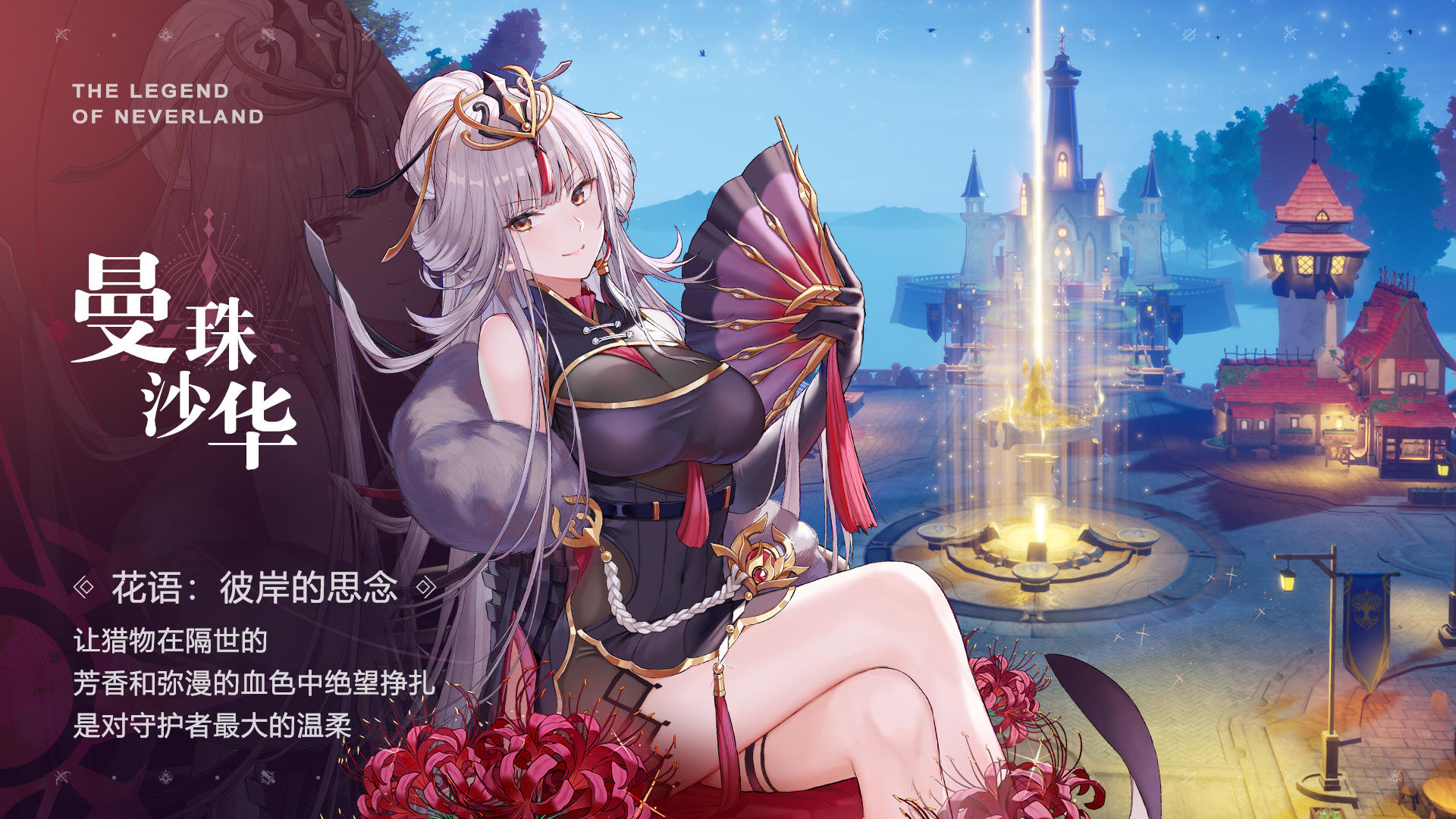 Of course, unlike most of the MMO products on the market, the gameplay design of “Tower of the Holy Land” avoids the situation of a large number of liver copies of the player as much as possible. Instead, it does the opposite, introducing a large number of placement elements and optimization Some content that needs to be repeated, thereby reducing the burden on players, and more in line with the lightweight and fragmented characteristics of mobile games.

The producer said that he hopes that the game can get rid of and reduce the daily liver burst due to various times restrictions, so that players can more easily play the game, and through some different fun system experience, the game is not only limited to monsters and upgrades. , And extend to every bit of exploration in the big world, so that the game can become a platform for good communication between players and between players and developers.

It has to be said that “burden reduction” is a very easy design, which not only optimizes the pain points that exist widely in traditional MMO games, meets the needs of players, but also makes the advantages and features of the game more prominent. After experiencing the game, many overseas players praised it. The game’s expressiveness on the screen is very good, and the variety of gameplay also makes the game very interesting.

At the same time, a lot of optimization work has been carried out after the game is launched, and it has been widely adapted to various mobile phones. Therefore, in Southeast Asia, areas with large gaps in user mobile device performance, a large number of users will soon be harvested.

The popularity of the two-dimensional game is almost the consensus of the entire industry. Through the game “Tower of the Holy Land”, ByteDance can also be regarded as an entry into the two-dimensional track in addition to self-developed products and Japanese comic adaptations. Tickets.

It is worth mentioning that although “Tower of the Holy Land” can be regarded as a new attempt in the two-dimensional field for Bytedance, the game is still an MMO in the final analysis, and Bytedance is in the MMO product. In fact, there is some experience in the release. For example, the “Dartman” released last year is an MMO adapted from the same name Guoman. I believe that with the powerful publicity and promotion capabilities of Byte, the performance of “Tower of the Holy Land” in the mainland market is also worth looking forward to.

At the same time, as the combination of Byte + Kunlun Wanwei entered the game, the addition of two “new heroes” to the games of the domestic open world category showed a trend of flooding. For example, not long ago, it was rumored that Tencent was recruiting talents in Shanghai to develop a two-dimensional open world game. Before again, NetEase also announced that it would develop an Onmyoji IP “Orthodox sequel” “Code World” and so on.

The most recent, perhaps the “Phantom Tower” produced by Perfect World, is expected to be officially launched on September 30, according to scheduled information from the App Store. 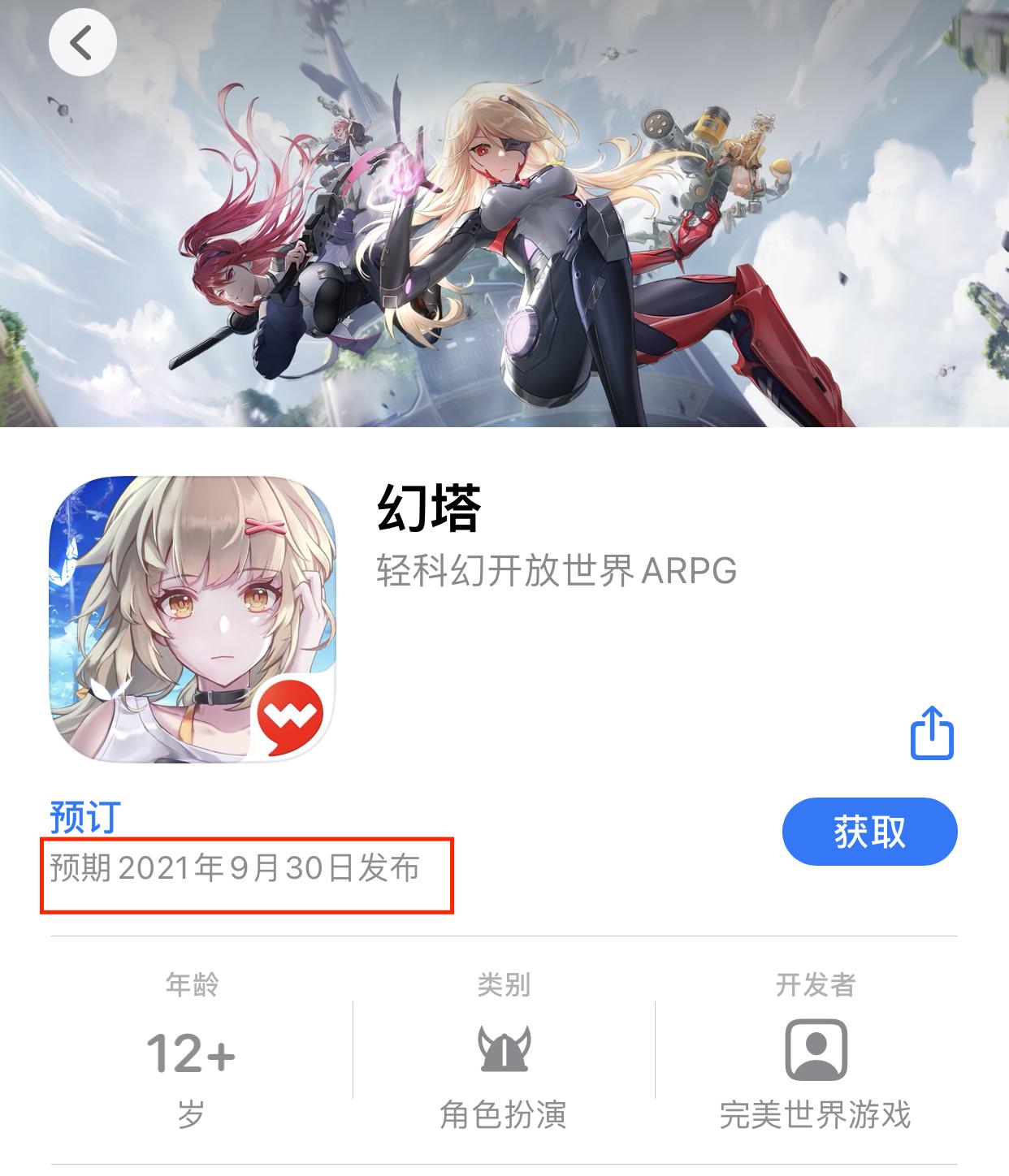 It is foreseeable that as these products emerge one by one and gradually enter the market, in the next few years, there may be a battle of two-dimensional open world games. As for who wins, it depends on the real ability. NS.

On the other hand, after the successful creation of “One Piece: Hot Blood Route”, ByteDance also urgently needs to find the next hot product.

It can be found that since this year, BYTE is actively cooperating with a number of game developers, especially the frequent exchanges with listed game companies.

For example, not long ago, Chao Xi Guangnian, a publishing brand owned by ByteDance, announced that it would act as an agent for a martial arts placement game “Wulin Xia Xia” of Jinshan World Tour. 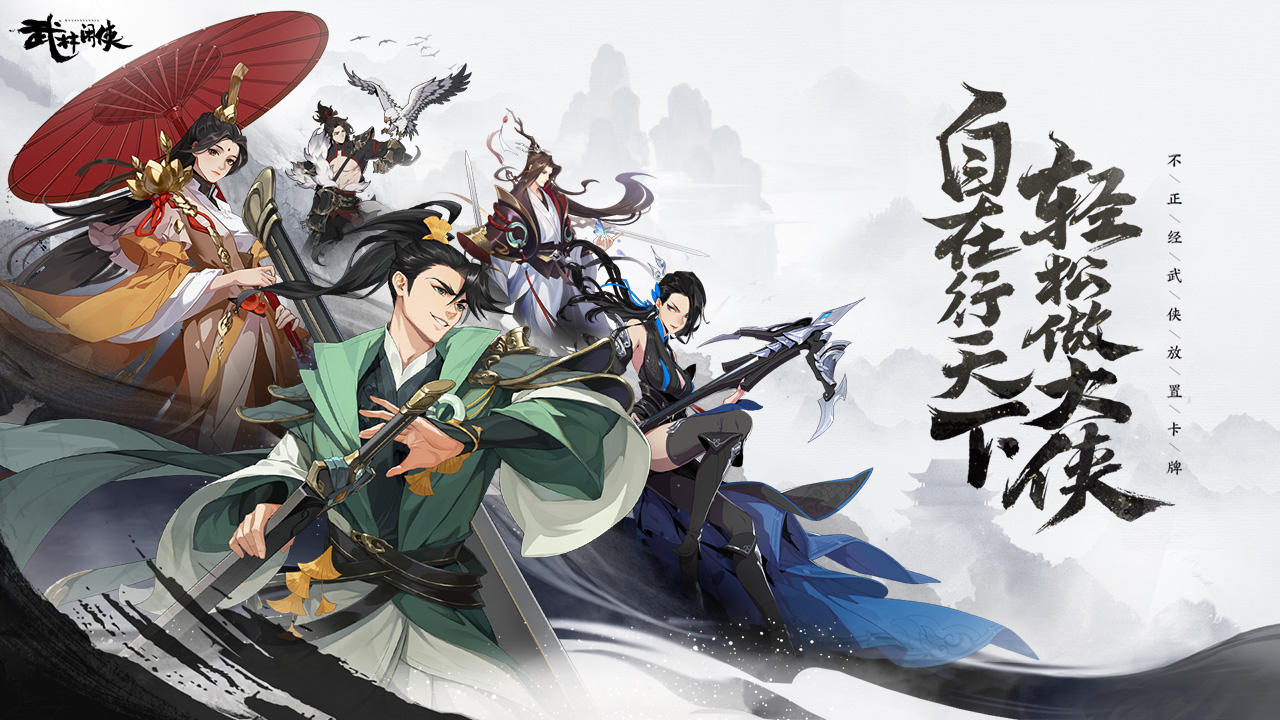 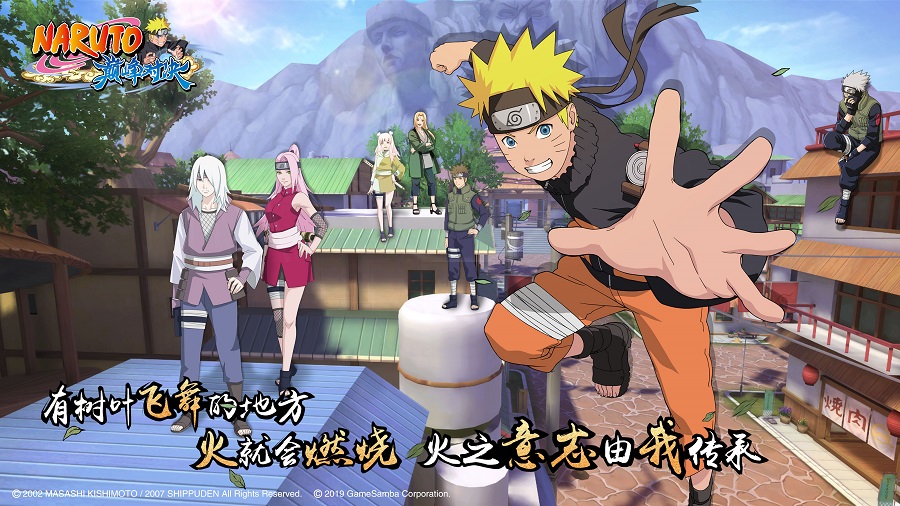 What is quite interesting is that the two games “Wulin Xia Xia” and “Naruto: The Peak Showdown” initially negotiated the agency with Tencent, but they went round and round and ended up in the hands of Bytedance.

The reasons may be complicated, but it is not difficult to see that Bytedance is thirsty for high-quality games, actively seeking opportunities in different tracks and categories, enriching its product line, and opening up at the same time. More market space.

Undoubtedly, Bytedance’s long drive in the game field has brought a lot of new changes to the market structure. The entry of the second dimension is not only a new attempt in the Bytedance game sector, but it will also bring a series of chain reactions. Of course, the prerequisite for all of this requires a version number of “Tower of the Holy Land” first.