The end of 2021 looks packed for Xbox Series X owners with an Xbox Game Pass membership. In the coming months, plenty of great games will be heading to Xbox Game Pass on day one, starting this month with Aragami 2, followed by Back 4 Blood in October, Forza Horizon 5 in November, and Halo Infinite in December. And now, Xbox Game Pass subscribers can add another great game to the list of titles heading to the service on day one this year.

Speaking about what sets the Xbox version apart from its PC counterpart, Tom Davidson, PR and content manager at developer Sports Interactive, said: “Football Manager 2022 Xbox Edition allows you to master the management necessities from the comfort of your Bank Available with Xbox Game Pass for console, Football Manager 2022 Xbox Edition takes full advantage of the Xbox controller to make navigating from the tactics board to the sidelines a breeze.As the architect of your club’s fate, you make the most important decisions where you send your scouts to look for new talent to strengthen your team to who will make it into your starting eleven on Matchday.

If you’ve never played a Football Manager game, now is the perfect time to do so.

Keep in mind that Football Manager games are so addictive that it can eventually take over your life.

In the franchise – which started decades ago as Championship Manager – players take control of a club and try to live up to the expectations of the board and fans as they lead it to the glory of silverware. 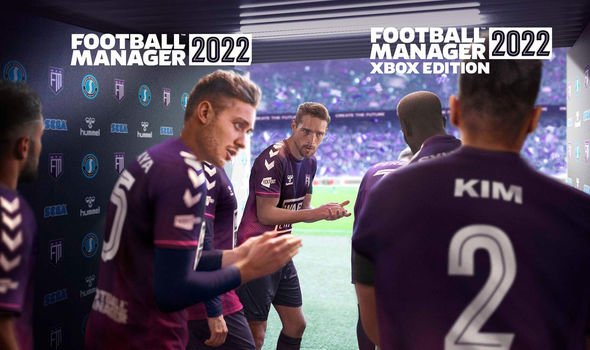 In other Game Pass news, some games will be moving to and leaving the service this month.

In early September, we saw Final Fantasy 13, Surgeon Simulator 2, and Craftopia arriving at XGP, among others.

While on September 17, Game Pass subscribers will see the high-profile release of Aragami 2.

GAME PS5 Restock Confirmed Tomorrow: Start Time For The Next PlayStation 5 Stock Out