GameLook report/Not long ago, a former SIE executive of Sony said in an interview that it seems that the cost of developing games on every game platform has doubled, and the development budget for the latest masterpiece on PS4 has reached 100 million. Dollar.

Under the premise that manufacturers are increasing and betting on self-developed tracks, the increase in game development costs seems to be a trend.

But recently, a very different “game” “Dead Silence” has appeared on Steam. According to producer Chen Jiacheng, this product is only a case game made for the teaching of Unreal Engine 4, and there are more on Steam. It’s just “Tu Yi Le”.

What’s more distinctive is that although this game is made with Unreal Engine, neither the time cost nor the capital cost is high. It only took 17 days to make this game, and the labor cost was removed to develop this game. The cost is only around 8,000 yuan.

As we all know, the game industry is a very “money burning” industry. A product often requires a lot of manpower and capital. So, what is the quality of such a “low-cost” game? How to achieve low-cost development?

According to producer Chen Jiacheng, most of the materials used in the game are basically purchased on the Unreal Mall.

Among them, the highway and the village two scenes cost a total of 1065.63 yuan; followed by character and zombie models. Because of the large number of role models and zombies used in the game, the cost of this part is more, about 3100 yuan. ; Next is the more technical content. The character action package and particle special effects of the character zombie cost about 2,000 yuan. Finally, the development cost of the server, CDN and website is nearly 1,200 yuan. 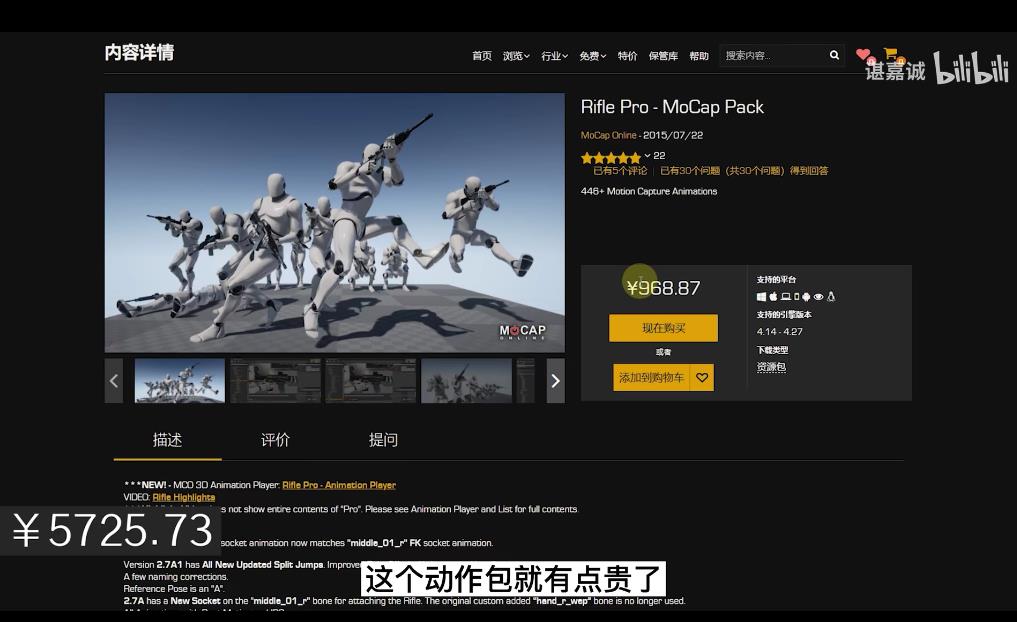 In general, according to the developer’s statement, if the labor cost is not included, the entire game cost is only 8397.1 yuan. After purchasing these materials, he processed and optimized the “billion dots”, and finally got the effect of the current version. 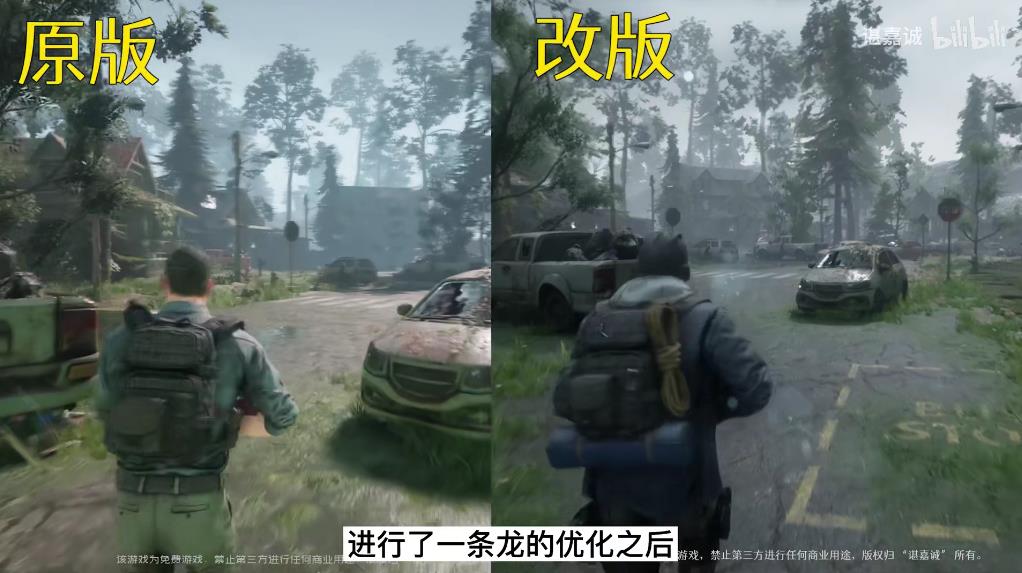 The first thing that needs to be pointed out is that, as the producer said, the original purpose of the product “Dead Silence” was not to make a complete game, it was purely an entertainment product, so I chose to sell it for free on the Steam platform, and it was obvious. It can be seen that at the core gameplay level, there has not been too much “sculpting”, but more to show the engine’s usage and functions.

To put it simply, the player only needs to do one thing in the game, destroy all the zombies in the scene. In the game, the player has a complete health bar, the number of bullets, etc., and the corresponding blood pack is also set on the map. The player You need to pay attention to your status anytime, anywhere. At present, the game has designed two modes, simple and difficult. Relatively speaking, there are more zombies in the hard mode. 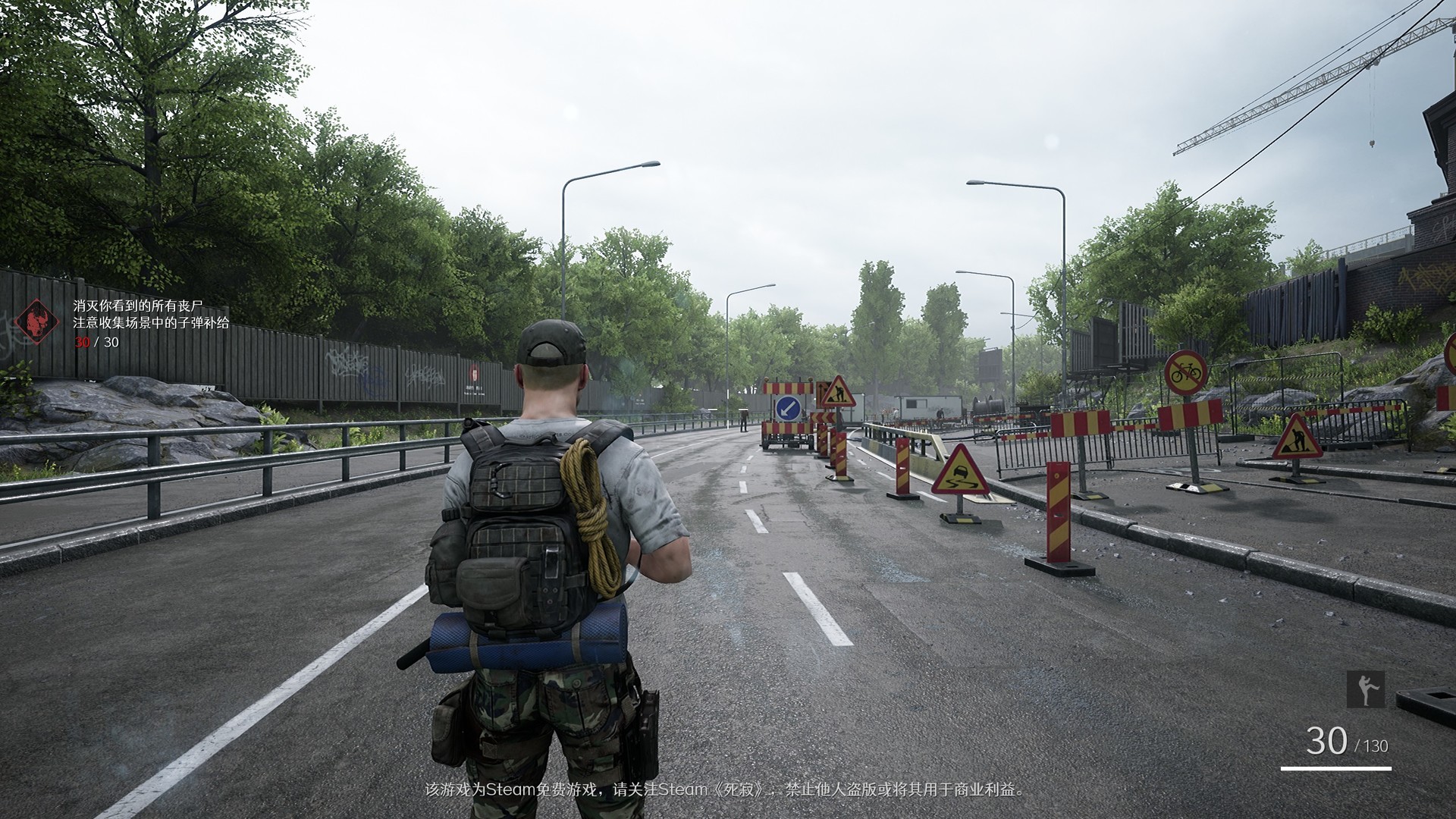 It can be said that the core gameplay of the game is very ordinary, but it still attracts a group of players. Up to now, “Dead Silence” has reached 91% of the praise on the Steam platform, and it has attracted not only domestic players, but also many overseas players. Players noticed this game.

Many players said that if the plot is added under the existing framework, or the gameplay is further refined, this will be a game with great potential. Overseas players said that although a lot of the material they saw came from the Unreal Mall, the current experience of the game is still very good.

As mentioned above, Strictly speaking, “Dead Silence” is a product born out of teaching. Perhaps the gameplay is not high, and there are real problems, but only one person can achieve the current results in a short time. People can’t help but admire it.

Moreover, from the perspective of teaching or popular science, “Dead Silence” has indeed achieved results. This product has not only gained good popularity on the Steam platform, but also several videos related to this game on the B station. High playback volume.

Engines and technology are just tools, talents are the key

I believe that after understanding the game “Dead Silence”, while lamenting the powerful expressive power and convenient tool chain of Unreal Engine, many players have also discovered the key points. Talent is the key.

The cost of about 8,000 yuan, a cycle of less than a month, looks very “dreamy”, but it does have accumulated endorsements over the years.

Some netizens joked that it cost 8,000 yuan to buy materials, but 8,000 yuan is not enough for such a “craftsman”. 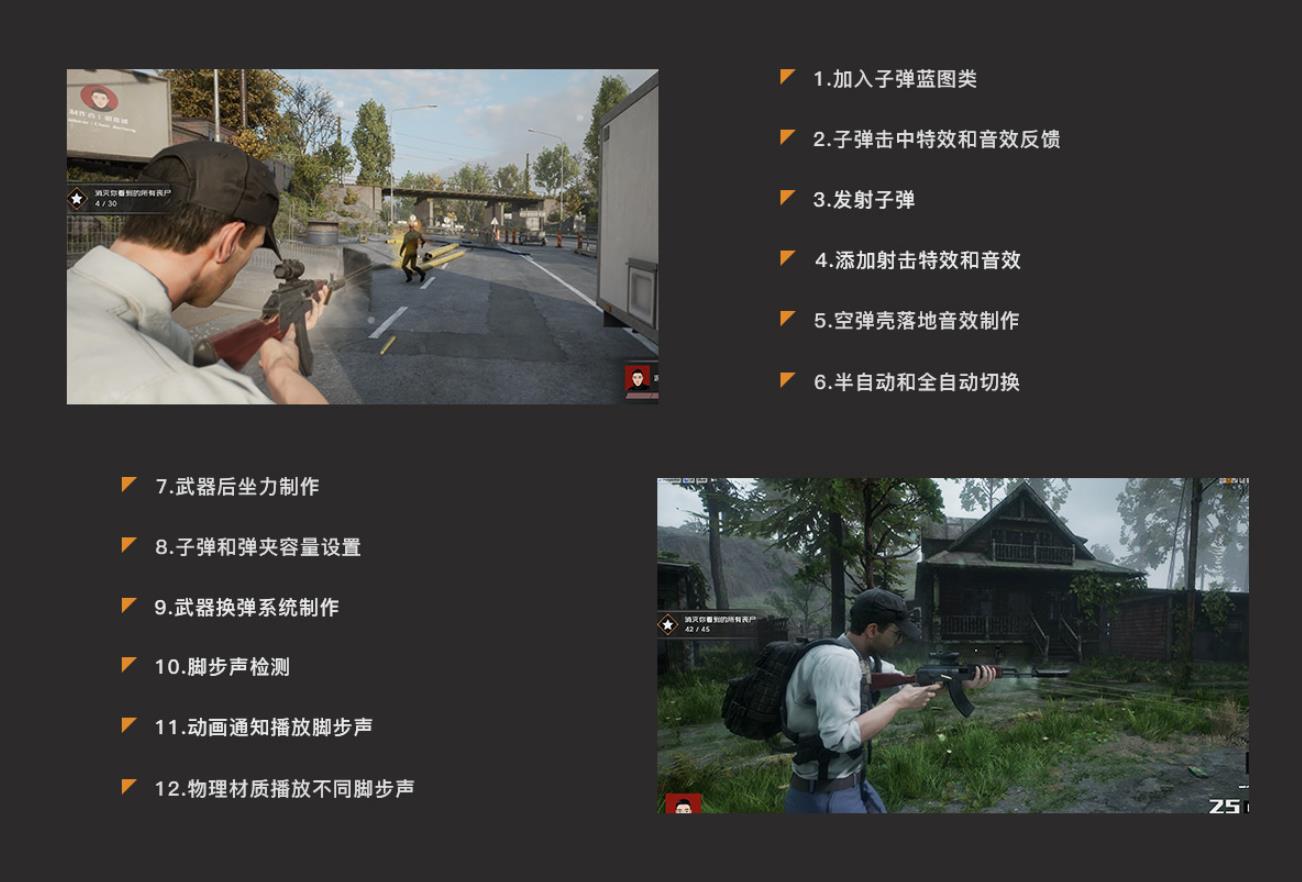 PPT about the game teaching part

In fact, Chen Jiacheng also mentioned in the introduction video of this game that the materials purchased in the Unreal Mall are just like the various ingredients purchased during cooking, and a good chef can process them to make a good dish.

On the surface, although the materials in the product “Dead Silence” were purchased directly from the Unreal Mall, UI production, UI interaction, functional logic, character movement system, pickup system, shooting system, damage system, scene atmosphere, AI The system, game optimization and other content have been produced and polished by the developer for a long time, and these processes also determine the final experience of the game.

From this perspective, it is actually not difficult to understand why the game industry has “introduced talents”. In the era of high-quality products, as players’ requirements for quality gradually increase, the value of talents will also become prominent.

Will Unreal Engine become the new favorite of indie games?

Perhaps for many players who like this game, “Dead Silence” can be said to prove that even individual developers can make high-quality games comparable to masterpieces. Then, with a cost of less than 10,000 yuan, this level and effect can be achieved, and new problems will naturally follow. Since such a game can be made at low cost, then Unreal Engine will become independent The new favorite of game developers?

Perhaps this question will not have an exact answer, because the choice of engine is not something that can be determined with a single shot. Team members, cost, core gameplay, optimization and other issues need to be considered comprehensively.

At the same time, relatively speaking, independent game developers may consider GamePlay more when creating, and then choose tools such as engines, so the choice of cost and engine does not have substantial causal logic.

But at the macro level, from the overall game market in recent years, it can be seen that Unreal is no longer just used by major manufacturers, and many independent game teams have begun to use Unreal Engine for development, and some teams have even used the next-generation engine Unreal. 5.

From the data level, it can also be seen that developers are increasingly accepting Unreal Engine. At the UOD conference last year, Epic Games Greater China General Manager Wu Hao revealed that the number of Epic China’s industrial application customers has increased by 250% year-on-year, and the number of game customers has increased by 280% year-on-year.

From the engine level, many new technologies in Unreal 5 that Epic announced last year, such as Nanite, global illumination, etc., are aimed at improving the performance of the picture on the one hand, and optimizing the production pipeline on the other hand. Then improve production efficiency and achieve cost-saving effects.

From this point of view, the engine and the solo developer are actually a two-way empowerment state, because the engine’s performance is gradually improved, coupled with the reduction of development costs, more and more developers are able to turn their dreams into reality.

Moreover, based on the powerful expressive power of Unreal Engine, the quality of the game is well recognized by players. For example, the “Shadow Torch City” just released on the PS platform has an average score of 83 points on the 9 media on Metacritic. Cologne not long ago The Korean-style “Pokémon” and “DokeV” on the show attracted the attention of many players. In addition, some domestic players are familiar with “Border” and “Bright Memory”, as well as “Black Myth: Wukong” that has caused a strong response in China. .

In the final analysis, the value of tools lies in empowerment, and good tools also require good ideas and talents. Of course, if you want to do well, you must first sharpen your tools. As the creator of the game “Dead Silence” said, the tools are getting easier and better. Nowadays, the environment for game developers is much better than it was ten years ago. Because of this, perhaps more high-quality and high-quality games will appear in the market in the future.