There is still a sky beyond the second dimension, why is the income skyrocketing?

GameLook report/In 2021, when “Original God” became popular worldwide, and the domestic game industry was snatched by young two-dimensional players, how did the big buyers live their lives?

In March of this year, Sanqi Mutual Entertainment released its first quarter 2021 performance forecast. As the net profit has dropped significantly, it has a great visual impact on investors and peers. With this as an inflection point, the entire market’s suspicion of the buying volume model has reached its peak.

Faced with such an unprecedented financial report, Li Yifei, chairman of Sanqi Mutual Entertainment, said at the time that the bad thing about Sanqi is the lowest point and will only get better and better in the future. The rare one said in the WeChat Moments: “I hope capital The market gives us a little longer confidence. It doesn’t need to be long, at least two more quarters.”

Some people believed Li Yifei’s words and others did not.

After that, the executives of Sanqi began to use real money to buy back their own stocks, and they bought them halfway up the mountain. After all the game companies survived the “extremely unfriendly” second quarter of the market, Li Yifei’s words were actually fulfilled. 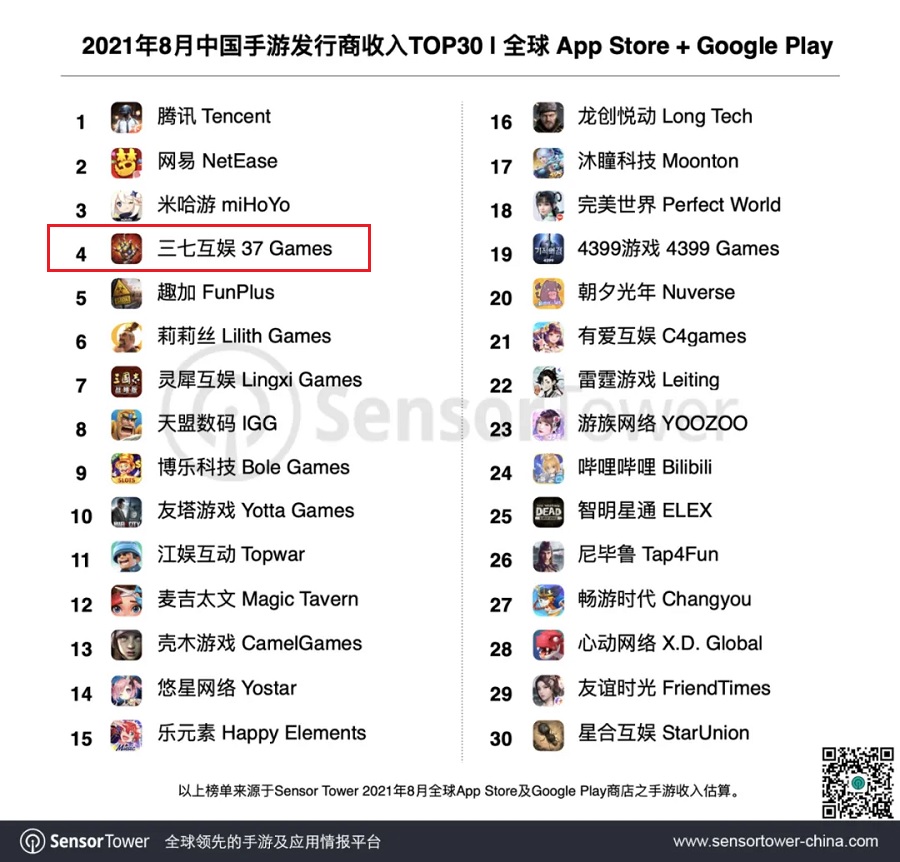 Li Yifei once explained that 2020 is a small year for Sanqi Mutual Entertainment’s products, because the housing economic bonus of the epidemic has exceeded the normal value of development. Under last year’s high base effect, Sanqi Mutual Entertainment’s estimated revenue in August this year can still rise by 349.2% year-on-year, which has greatly exceeded outside expectations.

The Sanqi Mutual Entertainment that once “does what it says” is back?

Such a transcript, what surprised peers most, is that none of the main products that brought about a revenue explosion in August this year is a legend or miracle that 37 Interactive Entertainment has relied on in the past. This may mean that 37 Interactive Entertainment has found it. The new growth model and the company’s product transformation strategy have succeeded at least half of the time.

Net profit in the second quarter rose by more than 500% from the previous quarter, and the proportion of overseas revenue rose sharply

The results of the transformation of Sanqi Mutual Entertainment have actually begun in the second quarter, and they are not small.

At the end of last month, on August 30, Sanqi Interactive disclosed its first half of 2021 results announcement and third quarter results forecast. Compared with the nearly 90% drop in net profit in the first quarter, the net profit of Sanqi Mutual Entertainment in the second quarter bucked the trend and rose to 854 million yuan, a month-on-month increase of more than 500%. Sanqi Mutual Entertainment also predicts that its revenue will increase by 15% in the third quarter and its net profit will increase by more than 30% year-on-year.

After the report was issued, the share price of Sanqi Mutual Entertainment rose all the way, and the direct daily limit on September 1st, until September 8th, there is still a single-day increase of 8.92% before the new regulations are implemented in an interview with the competent authority. Wind data shows that in the A-share market, Sanqi Mutual Entertainment is still the game stock with the largest fund holdings in the second quarter of this year. Although the company has fluctuated greatly in the past six months, it is still attracting attention from investors. 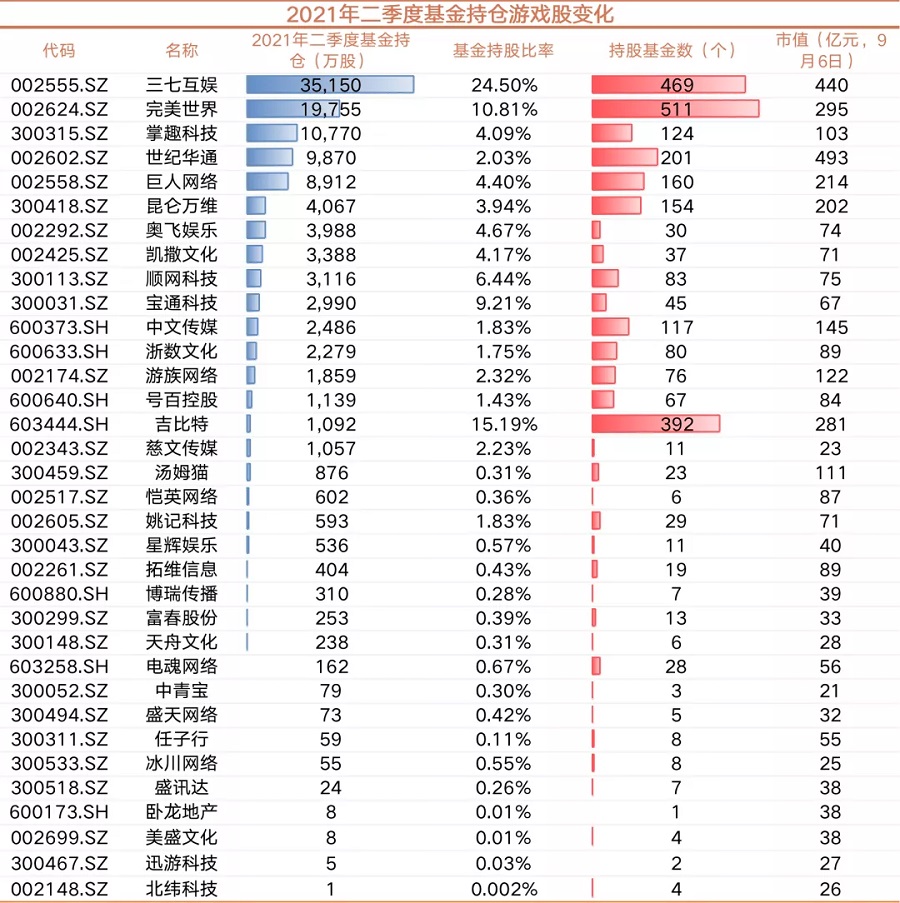 The revenue and net profit of Sanqi Mutual Entertainment have increased more than expected, which has a lot to do with the supply of boutique products and the development of overseas markets.

According to the financial report, the first heavyweight self-developed product after the transformation of Sanqi Mutual Entertainment, “Douluo Dalu: Soul Master Showdown”, was estimated to have a turnover of more than 700 million yuan in August. 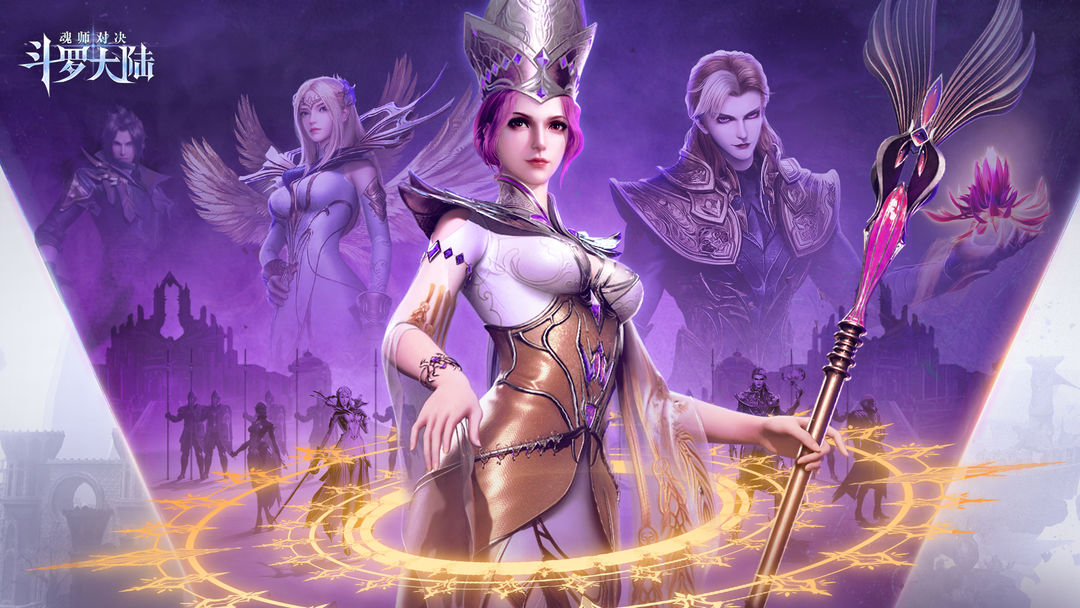 According to Sensor Tower’s estimated data, excluding China’s Android revenue, in August’s revenue of Sanqi Mutual Entertainment, the revenue from the Chinese iOS market accounted for 33.6%, and the share from overseas markets was as high as 66.4% (Note: This accounted for Than non-financial report caliber). According to current trends, there is a high probability that the overseas revenue of 37 Mutual Entertainment on iOS accounted for more than half in the third quarter.

Taking into account that the domestic Android market has been difficult to count, if included in the calculation, the actual situation will reduce the proportion of overseas income, but it is still very considerable.

Do not rely on the second dimension to become popular in Japan, not a legend can be successful

Speaking of Japan, one of the concepts we are most familiar with is “domestic counterattack in the second dimension.” Except for Netease, which has benefited from the popularity of “Operation Wilderness”, in the Japanese market, most domestic manufacturers are inseparable from the help of the second dimension.

However, the three main products of Sanqi Mutual Entertainment, such as “Douluo Dalu: Soul Master Showdown”, “Puzzles & Survival”, and “Song of Cloud City”, are not strictly two-dimensional products. 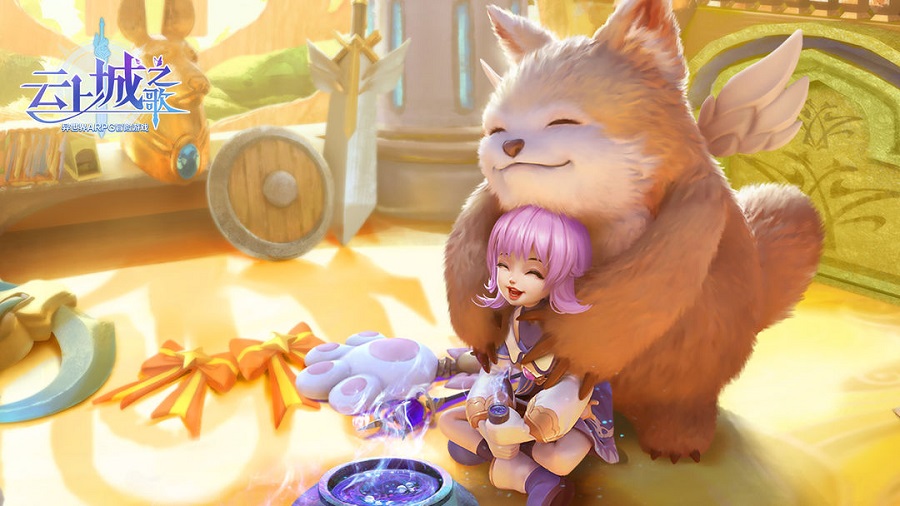 In addition to Japan, South Korea and the United States, the above-mentioned products have also performed well in more markets. Take the Chinese Taiwan market as an example. Among the TOP10 best-selling lists in the local App Store, “Douluo Mainland: Soul Master Showdown” and “Song of the Clouds” ranked second and sixth respectively.

The success of the new products means not only that they are not as simple as the second dimension, but also that they are not legendary. As a domestic representative manufacturer that has deeply cultivated legendary categories, in recent years, Sanqi Mutual Entertainment has invested more and more in Douluo Mainland IP, and its diversified layout is very obvious.

At that time, Zeng Kaitian also gave a definition to “Douluo Dalu H5”: “It is not a special miracle, legendary product.” It foretells the transformation of Sanqi Mutual Entertainment-he is looking for a new national level. IP.

Good products are all prerequisites, the road is long but not necessarily difficult

In the first quarter, investors were unhappy because of the high sales expenses of Sanqi Mutual Entertainment, which led to a high turnover but a compressed net profit.

Li Yifei once explained that in addition to the decline in the housing economy bonus, it was mainly due to the fact that Huo’s overseas products were mainly operated by SLG and analog operations. Compared with MMO, the investment recovery cycle was longer, and there was a “6-8 month recovery cycle”. Revenue increased but profit loss.

In fact, Sanqi Mutual Entertainment revealed that the revenue of products such as “Doomsday Hustle” and “Call Me the Great Shopkeeper” has almost doubled in the first quarter of 2021, and strives to rank among the 12-13 this year, and the monthly flow impacts 5~ 600 million. 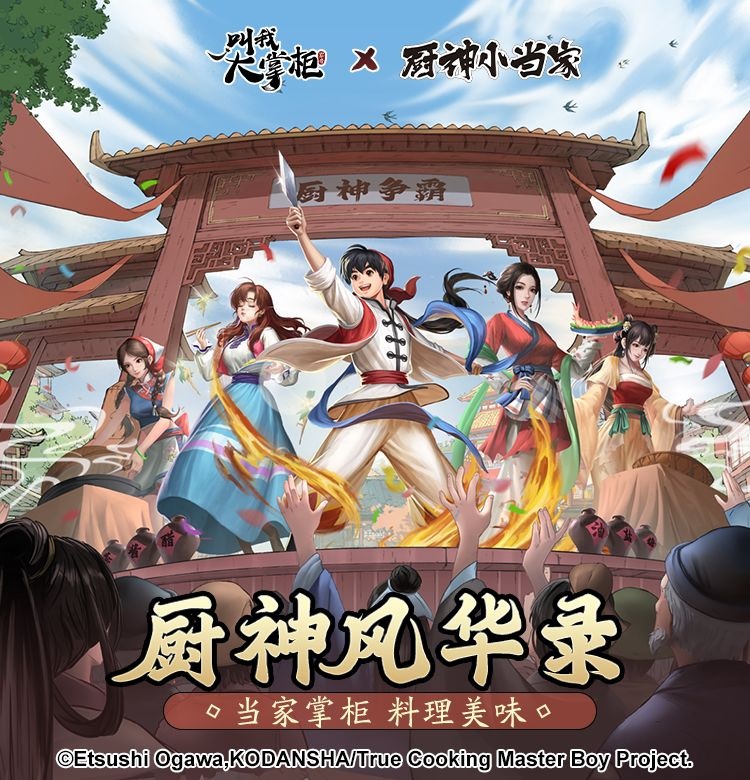 Due to the high purchase cost, which has severely eroded the profits of game companies, investors are now a little panicked when they hear the high turnover. However, GameLook believes that the essence of high turnover and low profit is still subject to the upper limit of the product. As long as there is a good product, it is not afraid that advertising investment will lead to an artificially high turnover.

Therefore, when the semi-annual report was disclosed at the end of last month, Sanqi Mutual Entertainment also released a third-quarter performance forecast, using the data of a 30% increase in net profit from the previous month to give the market a reassurance and eliminate possible thunder in advance.

In GameLook’s view, despite the gratifying results, the transformation efforts of Sanqi Mutual Entertainment cannot be said to be completely successful, only half of it can be said. Because it is not only the three-dimensional marketing and subject matter, but also the innovation in category and gameplay, can we truly create a phenomenal product and IP.

Of course, this also means that Sanqi Mutual Entertainment’s future performance has considerable potential that can be released. The road is long, but it is not necessarily difficult.

Why are SLG games becoming more and more successful?Doing these 5 things is very important