Forza Motorsport 7 will be removed from the Microsoft Store this week (Image: MICROSOFT)

On Wednesday, September 15, the final entry in Turn 10’s critically acclaimed sim racing series will be pulled from the official Microsoft Store. All associated DLC will also be removed, while Forza Motorsport 7 will also no longer be available through the Xbox Game Pass subscription service. Whether you can play Forza Motorsport 7 on your Xbox Series X, S or Xbox One after this Wednesday will depend on which version of the game you have digitally.

If you purchased Forza Horizon 7 directly from the Microsoft Store, you can continue to play it.

If you are an Xbox Game Pass subscriber and want to continue playing, you must have purchased separate DLC for the game before July 29, 2021.

If you have done that, you should have already received a token that will allow you to continue playing Forza Motorsport 7.

While it’s a shock that such a high-profile Xbox exclusive is being pulled from the Microsoft Store, fans have had some time to prepare for it.

Developers Turn 10 announced in July that Forza Motorsport 7 was being removed from the Microsoft Store.

In a blog post At the time, the Forza creators said, “On September 15, 2021, Forza Motorsport 7 will be delisted. This means that the game and its DLC will no longer be available for purchase on the Microsoft Store or with Xbox Game Pass.

“However, after September 15, players who already own Forza Motorsport 7 will still be able to download and play the game and its content as usual. In addition, features such as multiplayer and online services will still be accessible to those who own the game.

“For all Xbox Game Pass players who have previously purchased DLC for the game, but not for the game itself, we have good news! You will receive a token for the game via the Xbox Message Center so you can continue playing Forza Motorsport 7 Distribution will run through August 2. However, if you have not received your token after that date, please contact Xbox Support here (Unused tokens will expire on September 15, 2023.)” 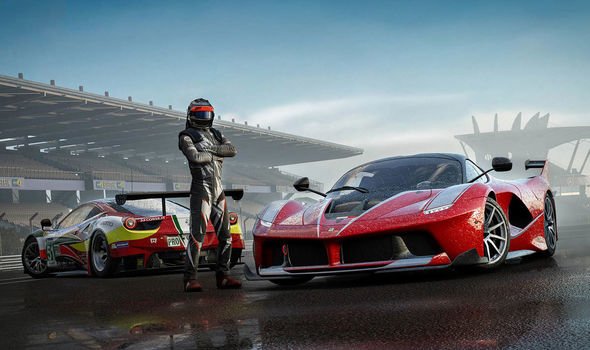 Forza Motorsport 7 will be taken off the list for Xbox gamers on Wednesday (Image: MICROSOFT)

The game’s official Twitter account went into further detail, explaining that licensing agreements were the reason for the removal.

Commenting on a gamer who asked why Forza 7 was removed, the @ForzaMotorsport Twitter said: “Forza games should be unlisted after a few years, as the third-party licenses we use to build real cars, tracks and other elements are starting to to expire.”

If you want to play Forza Motorsport 7 after September 15, you have a few options.

If you have an Xbox Series X, Xbox One, or Xbox One X, you can purchase a physical version of Forza Motorsport 7.

But if you have an Xbox console without a disc drive — like the Xbox Series S or Xbox One S All Digital console — then you’ll need to purchase Forza 7 digitally before it’s removed from the list.

Currently, the Microsoft Store is selling several versions of Forza Motorsport 7 at a discounted price.

The standard version of Forza 7 is available for just £7.49, which is a 75 percent saving off the regular price.

• This article contains affiliate links, which means that we may receive a commission on the sale of products or services we write about.