PS5 owners are counting down to the release of the next major system update.

The new PS5 system update has a September 15 release date. There is no official launch time, although previous downloads were available by noon.

According to the patch notes, the new update brings many significant changes to the UI and overall experience.

For starters, the new update makes sure games are clearly marked by their platform. Likewise, users can now easily send messages and better send and receive requests to play online multiplayer.

But perhaps the most important update of all is the ability to expand the storage with an M.2 SSD.

M.2 SSDs are described as a “type of high-speed solid-state drive that can be installed in the PS5 console or PS5 Digital Edition console”.

Once installed in the PS5 or PS5 Digital Edition console, M.2 SSD storage can be used to download, copy and launch PS5 and PS4 games and media apps.

“You can play PS5 and PS4 games directly from M.2 SSD storage and move games freely between storage options.”

As Sony points out, M.2 SSD drives must meet the minimum requirements, which you can see below. 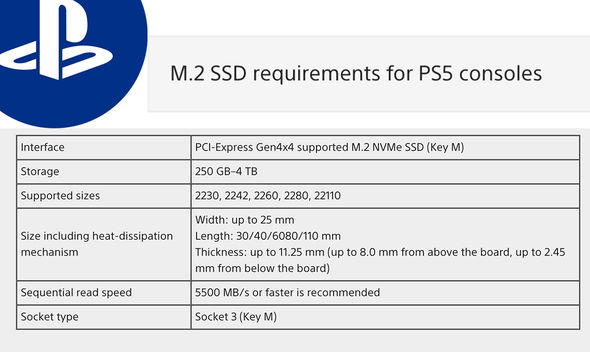 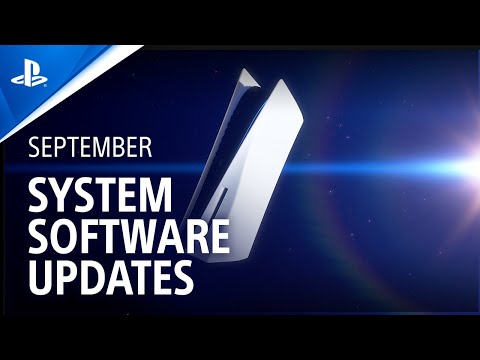 • The September PS5 update includes new UX improvements that make it easier than ever for players to view, personalize and manage their game content and console experience:

– Players can now customize their Control Center more freely by rearranging or choosing which controls to hide or unhide at the bottom of the screen.

– Players can now easily view and write messages to friends and parties directly from Game Base in the Control Center.

– While viewing Game Base in full screen, players can also see how many of their friends are online, busy, or offline, and can accept, decline, or cancel multiple friend requests at once.

– If you have installed PS4 and PS5 versions of the same game, they will now appear separately in the ‘Installed’ tab of the game library and on the home screen. The tile of each game now also clearly indicates the platform.

– PlayStation Now subscribers can choose between 720p or 1080p (depending on individual game) to enable their preferred video resolution for game streaming.

– A streaming connection test also helps them identify and fix any issues with their connection.

– After an online match, players can reward others with a fourth type of award, ‘Leader’, which is visible on player profiles.

– When players compete in challenges for a better time or a higher score and set a new personal best, a video clip of the action is automatically recorded.

– Players can also share clips of their personal bests directly from the challenge card in the control center or from their media gallery.

– Players have direct control over this functionality through their recording and broadcast settings.

– We’ve added a new Trophy Tracker that allows players to quickly access up to five trophies per game via the Control Center.

• In addition, players with a Pulse 3D Wireless Headset can now access the equalizer settings in Sound Controls, allowing them to adjust the sound profile to their own preference.

– The PS Remote Play app allows players to remotely stream and play PS4 and PS5 games, switch between games and browse their console’s menus on any compatible device connected to their broadband network.

– Players using the mobile app for iOS and Android now have the option to use a mobile data connection when Wi-Fi is not available.

– Broadband internet with a minimum of 5 Mbps is required for PS Remote Play. For the best experience, we recommend a fast connection with upload and download speeds of at least 15 Mbps.

– To help manage the amount of data used over a mobile connection, players can select their preferred video quality for mobile data streaming.

– Starting next Thursday, September 23, an update to the PS app will be rolled out worldwide and users will be able to watch their friends’ Share Screen broadcasts together.

– To get started, join a party voice chat from your mobile device with a friend playing on a PS5 console.

– The Android version of the update is a phased release and it may take a week for the update to be available on your mobile device.