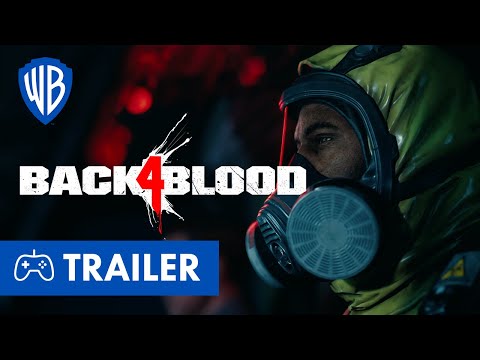 Warner Bros. Games and Turtle Rock Studios have a new trailer for it Back 4 Blood released. This is devoted to the game’s campaign in partly impressive photos.

The cleaners are urged on by “Mom”, their fearless leader, who likes to ignore orders from above and don’t shy away from any challenge. As a beacon of humanity, the cleaners face the zombies infected by the devil worm. In the face of the infected hordes that roam the earth, humanity seems to be facing its end. Only the cleaners can stop the hordes of infected and encourage those with enough will to fight to retake their former homes.

Back 4 Blood is a firstperson coop zombie shooter from the creators of the acclaimed Left 4 Dead franchise, offering thrilling momenttomoment dynamic gameplay and highly variable, customizable action that keeps players eager to try. The history of Back 4 Blood takes place after a catastrophic outbreak in which most of humanity was killed or infected with the parasitic devil worm. Hardened by unspeakable events and encouraged to fight for the last humans, a group of apocalypse veterans, the Cleaner, have come together to fight the infected and take back the world.

Back 4 Blood releases on October 12 for PS4, PS5, Xbox One, and Xbox Series X. Fort Hope Elite weapon skins are available for preorder.

Xbox News: Next Week on Xbox: September 27 to October 1