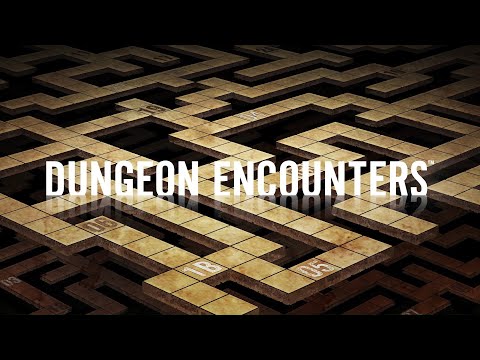 Square Enix did at the Tokyo Game Show Dungeon Encounters announced for PS4 and Switch. A trailer shows the role play in a moving image.

Dungeon Encounters was led by Hiroyuki Ito, a longtime collaborator at the Final FantasySeries, developed and produced by Hiroaki Kato (Final Fantasy XII: The Zodiac Age) produced. The title puts the players’ strategic skills to the test with 100 challenging levels. You move on a 2D grid and lead expeditions to explore the depths of an unusual maze. Players must prepare to overcome countless obstacles, win battles and defeat monsters to outwit the smart game system and reach the lowest level of the dungeon. You have to be strategic to survive!

Players can look forward to a polished and refined interpretation of the classic Active Time Battle (ATB) system from the Final FantasySeries created by the creator of the original, Hiroyuki Ito. Dungeon Encounters offers a wide variety of fantastic characters created by character designer Ryoma Ito. The game is a unique take on the “dungeon crawler” genre and allows players to customize their group to effectively face challenges and overcome obstacles. Fans can look forward to a soundtrack created under the direction of Music Director Nobuo Uematsu, featuring a modern take on classic tracks that will take players through the many levels and trials of Dungeon Encounters accompanied.

Dungeon Encounters will be published in digital form on October 14.

Check your wardrobe NOW! This retro video game controller is worth thousands of pounds