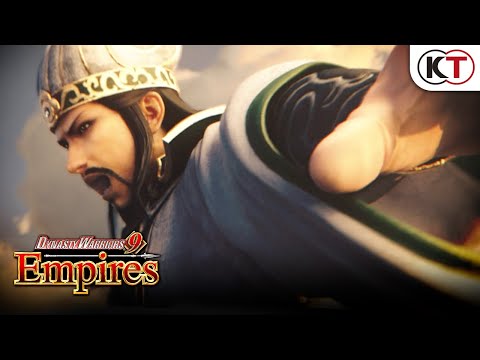 KoeiTecmo has a release date for Dynasty Warriors 9: Empires announced. Accordingly, the action title will be available for all current systems from February 15, 2022, and a nextgen upgrade within the respective console family will be free. We also get to see a trailer with a release date.

Dynasty Warriors 9: Empires combines the 1 vs. 1,000 action from DYNASTY WARRIORS with tactical elements and transports players to ancient China. The battles have changed a lot from previous titles in the series thanks to the “StormingtheCastle” feature. The areas around the castles, battlefields and skirmishes evolve into those “StormingtheCastle” battles where players fight for control of the castle. Players invade the enemy base during “siege combat” by using siege weapons and instructing their troops further during the battle. Once a countergoal is violated, the “decisive battle” begins, in which victory is achieved by defeating the commander. For the final bitter resistance, all enemy officers return to the battlefield there they may eventually be defeated or captured.

Another element that will greatly influence the combat is the “Secret Plans”. These are selected in the battle preparation phase and activated as a mission in battle. Every secret plan has its own conditions for success or failure. Once the criteria are met, beneficial effects are activated for the allies, e.g. “Capture Surrounding Bases”, “Defeat Messengers”, “Escort the Engineers” and many more. Each battle has phases of attack and defense, in which the secret plans can be used in different ways. On the other hand, opponents can also make use of this tactical tool. Also the secret plans of the opponent can be prevented.

The affinity with the military is also in Dynasty Warriors 9: Empires play an important role as each officer unit is assigned to a military unit type. The three types each have strengths and weaknesses: Infantry

In addition to the battles, the political intrigue and domestic political system known from the Empires series are also discussed. The kingdoms are trying to unite every China. The goals are updated every six months. Each month, players can issue orders, find new officers for the kingdom, buy arrows and items, and carry out a variety of military, economic and diplomatic orders depending on the player’s rank.

Dynasty Warriors 9: Empires was announced at TGS 2020 (we reported).