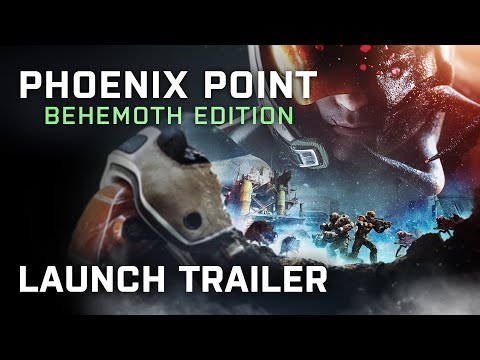 Prime Matter presents the launch trailer Phoenix Point: Behemoth Edition. This puts us in the right mood for the strategy game.

Phoenix Point: Behemoth Edition is available for PS4 and Xbox One. It contains the main game including all expansions.

Phoenix point offers a new kind of turnbased strategy and action. The earth has been flooded. A mutating alien force threatens the last remnants of humanity. Only the Phoenix Project, a secret organization of the brightest minds and bravest soldiers, can fend off the attackers and save the world.

It’s up to the player to lead the resistance on Earth: they must explore a ravaged planet, build its base, develop new technologies, manage resources and fight for survival on a global scale in largescale, turnbased, tactical combat. But you won’t be alone. Players can team up with different factions to unite humanity and the planet through the diplomacy system of Phoenix point recapture or use military force to destroy all rivals. Whatever the players choose, a brutal challenge with endless replay value awaits.

Minecraft 1.19 release date: is it out before Caves and Cliffs update?