Smash Bros Ultimate fans will find out this week who is the final DLC character for the hit Nintendo Switch game. A new Mr Sakurai Presents broadcast will be held on Tuesday, October 5, revealing the final SSBU DLC character to be added to Fighters Pass 2. This upcoming new fighter will be the last DLC released for Super Smash Bros Ultimate, and it will will be the 11th DLC pack released for the game in general.

The next Super Smash Bros DLC fighter will be announced during an upcoming Direct that premieres on Tuesday, October 5 at 3pm UK time. The broadcast, hosted by Smash Bros director Masahiro Sakurai, lasts approximately 40 minutes. It will be broadcast on YouTube and you can watch a live stream of the Smash Direct via the video embedded in this article below. 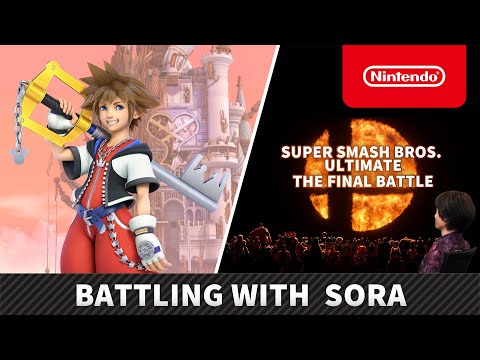 The ‘Final Battle’ Smash Bros Direct was announced during the Nintendo Direct in September. And to remind fans of the unmissable date early this week, the @NintendoUK tweeted: “Tomorrow at 3:00 PM (UK time), #SmashBrosUltimate director Masahiro Sakurai will reveal the game’s final fighter. of the fighter and the final Mii fighter costumes will also be revealed!”

The account added: “The presentation will last approximately 40 minutes and it will be the last presentation on #SmashBrosUltimate.”

For years, there have been plenty of rumors about potential new characters heading to Smash Bros.

And with so many rumors circulating about who might be added to Super Smash Bros Ultimate next, there’s bound to be plenty of contenders to miss out.

One character that fans have been asking to be added to Smash Bros for years is Luigi’s nemesis and Wario’s BFF, Waluigi.

However, there are plenty of other third-party characters that can be added to Smash Bros instead as well.

The Nintendo Switch OLED model can be pre-ordered directly from Nintendo. Priced at £309.99, the big draw of the new Switch is a beautiful seven-inch OLED screen – and if you mainly game on the go, this will be a big plus for you.

The Switch OLED also comes with a new dock and is available in a striking new white color scheme. Pre-orders for the Switch OLED are on console before the October 8 release date.

Amazon UK is now taking pre-orders for the Switch OLED and has a number of bundles available. One includes the Switch OLED console and a snazzy carrying case to keep your new console safe while you’re on the go.

If you’re looking for something to play on your shiny new Switch OLED, why not pick up Metroid Dread? Amazon UK has a Switch OLED bundle featuring the eye-catching new adventure starring iconic bounty hunter Samus Aran.

GAME has a range of Switch OLED bundles available for £349.99. These bundles include a Switch OLED console and one game – either Animal Crossing: New Horizons, Metroid Dread, Mario Kart 8 or Super Mario 3D World + Bowser’s Fury.

The Switch OLED also comes in the neon color scheme seen on the original console. In addition to the new screen and dock, the Switch OLED offers better internal storage, a wide adjustable stand for table mode, and improved portable audio.

Get money from YOUR Switch OLED order

If you want to save some money with your Switch OLED order, head over to TopCashback. The site receives commission for referring people to retailers’ websites – and then passes “100 percent” of this directly to shoppers. If you order from GAME, TopCashback offers you a 3.7 percent return on your order. That means you can get over £10 back if you buy a Switch OLED from GAME through TopCashback.

But a recent leak could have revealed who the next Smash Bros DLC character will be.

After the September Direct announcing the October Smash broadcast, a leak from a few months ago that appeared on the infamous internet message board 4chan took on new meaning.

This alleged leak, posted in July, claimed that Sora from Kingdom Hearts would be the final DLC character for Smash.

One poster wrote: “Current info here: I work for Disney Music, Nintendo called last week to request rights to several songs from Kingdom Hearts to use in a “digital event” on October 5.

“Sora is the last Smash character”. 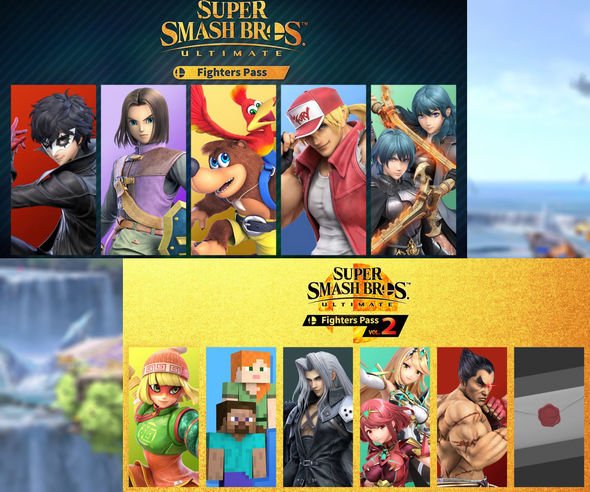 Given 4chan’s track record when it comes to ‘leaks’, this post didn’t get too much attention at the time.

However, this 4chan poster correctly revealed the date for the Nintendo event in October, months before it was officially announced.

That could add credibility to the claims that Sora is going to Smash Bros.

If the keyblade bearer moves to SSBU, the merry Kingdom Hearts hero will join a host of other Square Enix characters.

The DLC characters added to SSBU so far are Joker from Persona 5, Hero from Dragon Quest, Banjo & Kazooie, Terry Bogard from Fatal Fury, Byleth from Fire Emblem, MinMin from Arms, Steve and Alex from Minecraft, Sephiroth from Final Fantasy 7, Pyra and Mythra from Xenoblade Chronicles 2, and Kazuya Mishima from Tekken.

PS5 UK Stock: Amazon PlayStation 5 will be restocked after Argos and Very