The Sensor Tower store intelligence platform shows that in September 2021, China’s mobile game publishers’ revenue rankings in the global App Store and Google Play. Due to the recent launch of new masterpieces from Tencent and NetEase, Mihayou’s “Yuan Shen” celebrates its 1st anniversary. The 39 Chinese manufacturers that are shortlisted in the TOP100 global mobile game publisher revenue list in this issue have a total of nearly 2.52 billion US dollars in gold, accounting for the world 41.5% of the revenue of TOP100 mobile game publishers, both revenue and proportion hit a record high. The detailed report is as follows.

With the arrival of the 1st anniversary celebration of “The Original God” in September, Mihayou’s revenue increased by 121.8% from the previous month, equivalent to nearly 10 times that of the same period last year. Judging from the performance of a single product, “Yuan Shen” is the world’s highest-paid mobile game in September this year, with a mobile terminal attracting up to 340 million US dollars.

NetEase’s “Harry Potter: Magic Awakening” was launched in early September, and has been ranked first in China’s iPhone mobile game download list for more than 20 consecutive days, and is firmly in the top three of China’s iOS mobile game best-selling list. Driven by the game, NetEase’s mobile game revenue in September increased by 38% month-on-month and 26.2% year-on-year.

As the revenue of SLG mobile games such as “Watching Dawn” and “Rise of Empires” (Rise of Empires) has increased across the board, Longchuang Yuedong’s revenue in this issue increased by 17.3% month-on-month, and its ranking rose by 5 places to 11th.

In September, the mobile game “One Thought Happy” and the classic RPG mobile game “Wen Dao” also ushered in major updates. After the launch of Westward Journey Linkage, the daily flow of “Yi Nian Xiaoyao” broke the highest record since its listing; after the launch of the annual expansion and the annual eleven server, the revenue of the mobile game “Wen Dao” surged by 56% month-on-month. The revenue of Thunder games increased by 20% from the previous month, and the ranking rose by 6 places to the 16th place. 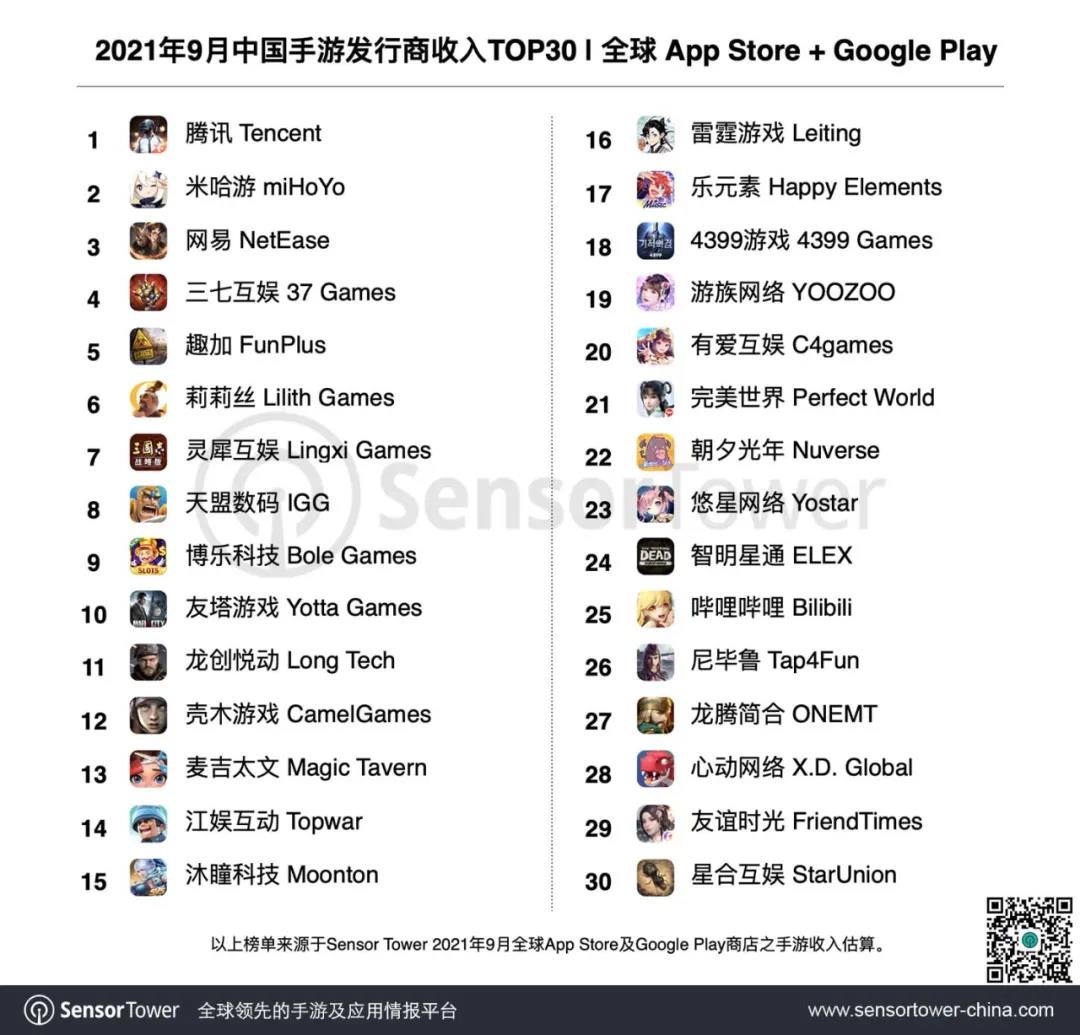 After being shortlisted in the August issuer list, the revenue of Xinghe Interactive Entertainment’s SLG mobile game “Little Ant Country” maintained steady growth in September, and hit a new high in a single day on October 1. In addition to its innovative advantages in themes, “Little Ant Country” is deeply localized in key overseas markets in terms of distribution. In the United States and South Korea, its scores are as high as 4.5 points, and the follow-up potential is worth looking forward to.

Due to the surge in revenue from games such as “Fishing Fight” and “Rich Mahjong”, Tuyou game revenue increased by 49.3% in August from the previous month, and this period increased by 14%, and ranked first among global mobile game publishers for the first time. 97 people.

In the Chinese iOS market, the revenue of the League of Legends Genting Auto Chess mobile game “Battle of the Golden Shovel” increased by 148% month-on-month in September and moved to the sixth place on the list.

With the launch of the fifth anniversary event, “Onmyoji” Daily Flow hit a new high since its listing on September 22, and its revenue in September increased by 58% from the previous month. As of the end of September this year, the global revenue of this two-dimensional card mobile game has exceeded US$1.84 billion. Its unique story background and art setting have created a new era of two-dimensional mobile games in China, and it has become the heart of countless fans. classic. 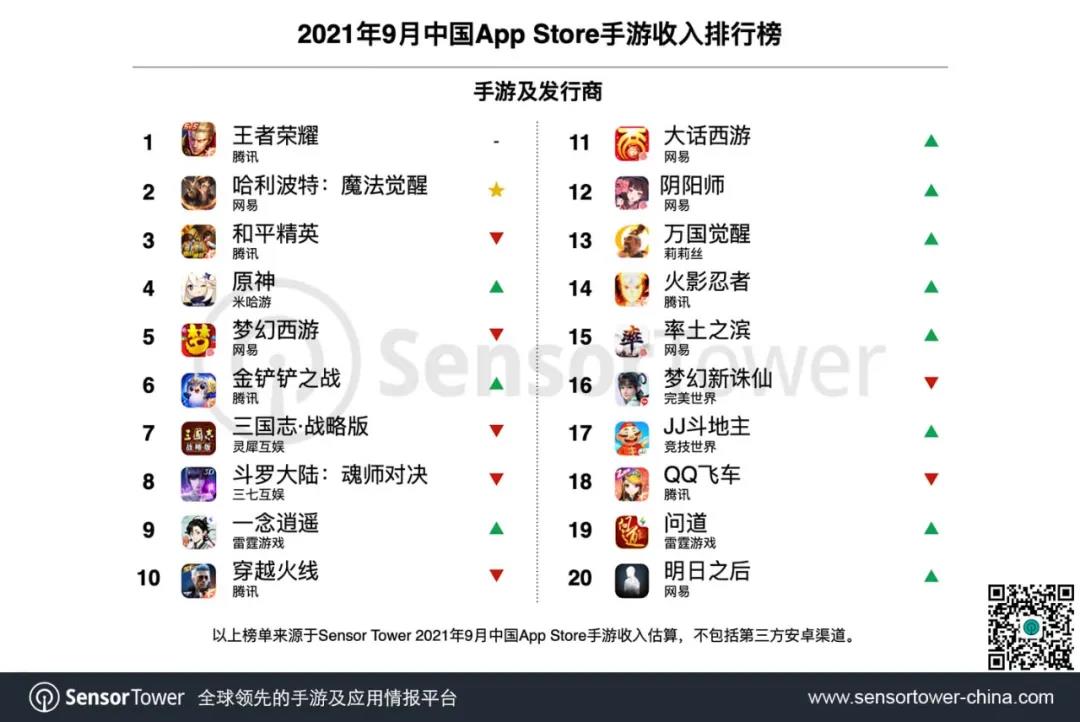