Sino-Russian coalition forces fight monsters?Demo of the FPS game “Invasion Day” made by one person is on fire

GameLook report/Today, the comprehensive hot list of station B is dominated by a game.

Although it was only an initial demo, this FPS game called “Invasion Day” directly won the top spot of station B on the day with its unique and magnificent worldview and a label developed by one person. After a few days of fermentation, this video has been played 1.189 million times.

The first time I watched it really verified my idea, the game has many bugs and shortcomings. But after in-depth observation, I found that “Invasion Day” should be regarded as a sincere work no matter in the setting of the scene or the details.

Especially considering that the work was developed by an individual, and this year happens to be the eighth National Martyrs Memorial Day, the combination of the two also gives “Invasion Day” a deeper meaning.

An FPS full of Chinese flavor

First, let’s talk about the theme of the game. “Invasion Day” is a shooting game based on the Chinese military theme. To be honest, this theme is a rare choice whether in the domestic or global market.

Looking at the global market, there are not many games embedded with Chinese military elements, and games created with this theme are even rarer. Perhaps the only one that can leave an impression in the minds of players is the ” Glorious mission”. It is worth mentioning that this is also China’s first military game with independent intellectual property rights, but the game has been suspended in 2019. 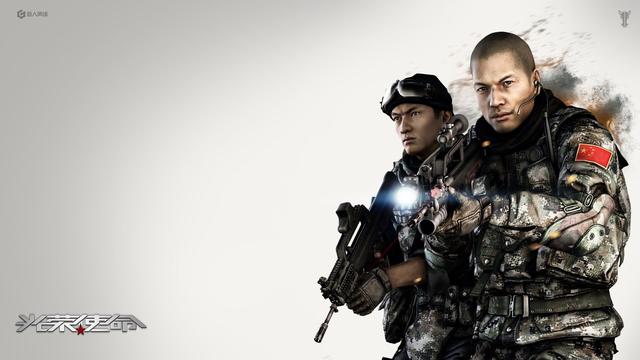 As a military shooting game with China as the background, how to express Chinese elements in “Invasion Day” is the focus of many players’ attention. After observation, GameLook found that the game strives to create familiar Chinese military elements in at least three dimensions: voice, weaponry, and emotional dimensions.

The world view of the game is set in the near future. China and Russia chose to unite due to the invasion of aliens to jointly defend the earth. It is worth mentioning that, from the subsequent display of the LOGO, the eagle icon on the right is very similar to the national bird of the United States-the Bald Eagle. The subsequent game plot may not only appear in China and Russia, but also the United States. Figure. 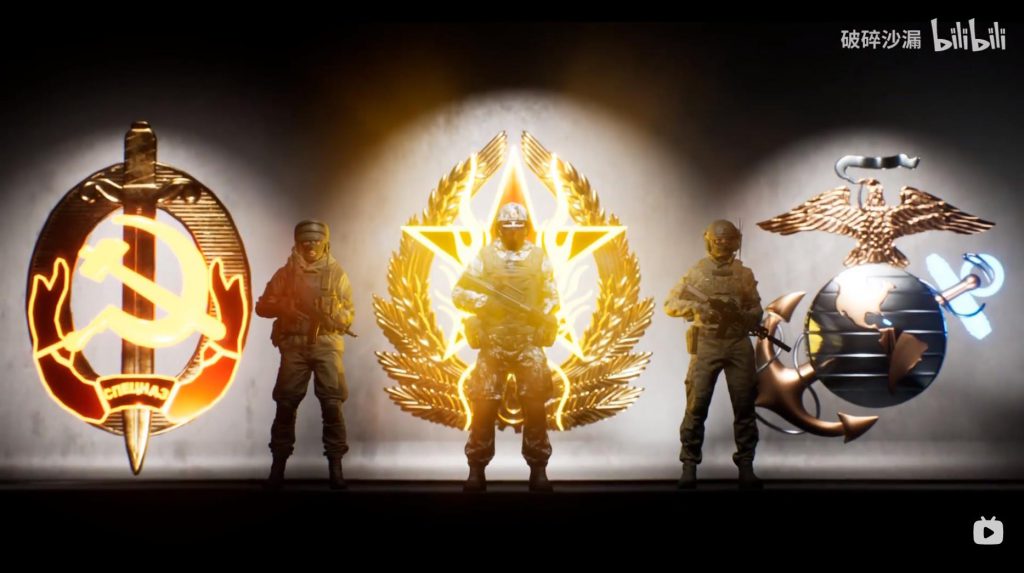 Since Chinese and Russian soldiers are participating in the war, the voice of the character is naturally not lacking in Chinese and Russian. In the real machine demonstration, many players said that they heard the very familiar Chinese dubbing-“Hit! Hit me hard”, and in some scenes, there are also many Russian dubbings. 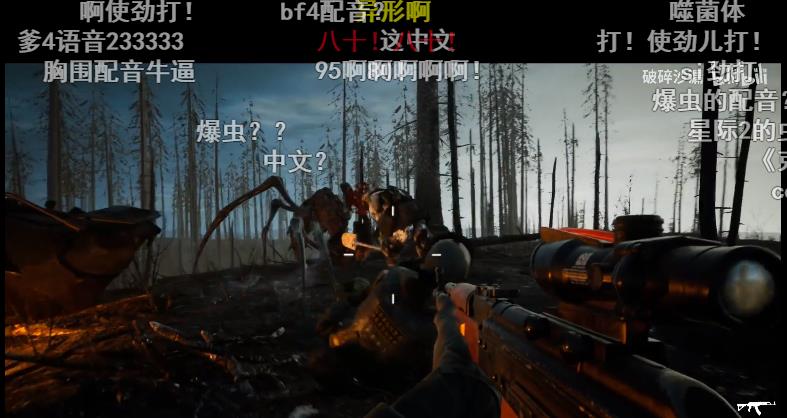 Does an independent game developer really spend so much energy adapting the character voice? of course not. According to the introduction of the developer Flying Grape, the voice in the game uses the voice of Reznov, an important role in COD (Call of Duty), and the rest of the sound effects are taken from the engine, and some are added in the rear. 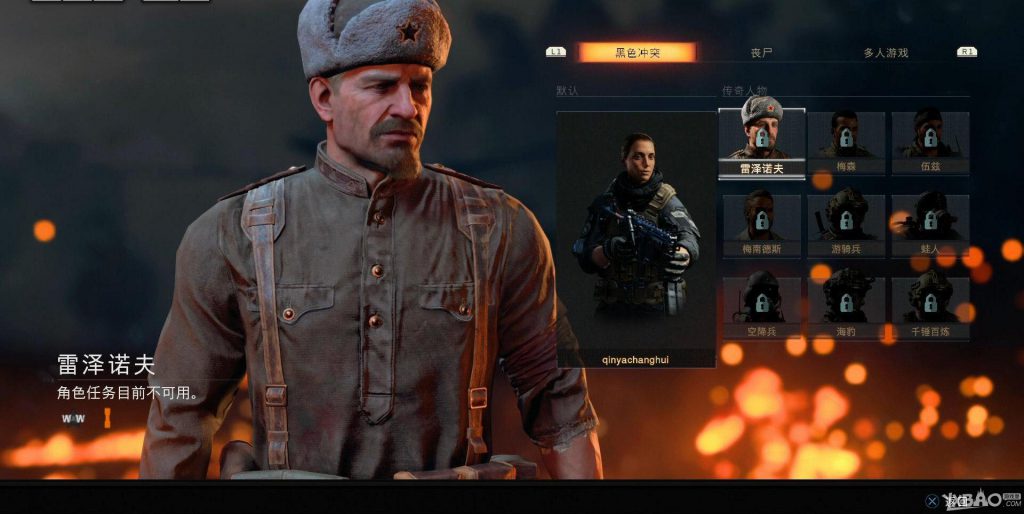 In terms of Chinese dubbing, which occupies a larger proportion, the developer said that he has screened and used a large number of military documentary shows and military interviews. At the same time, he also intercepted one of the hot domestic film and television works this year-“Operation Red Sea.” The audio of the lens. On the whole, the integration of these familiar Chinese and Russian matches makes the overall atmosphere of the game a lot stronger.

In order to strengthen the existence of Chinese military elements, at the level of weapons and equipment, the developers also carefully added various medium-made weapons and equipment, such as the QBZ 95 rifle in the hands of the protagonist, which is also the People’s Liberation Army and the armed police. One of the main standard rifles of the army.

At the same time, there is no lack of iconic firearms of various countries, such as the Soviet-made AK47 and the American-made M4A1, to further highlight the background of the three countries. 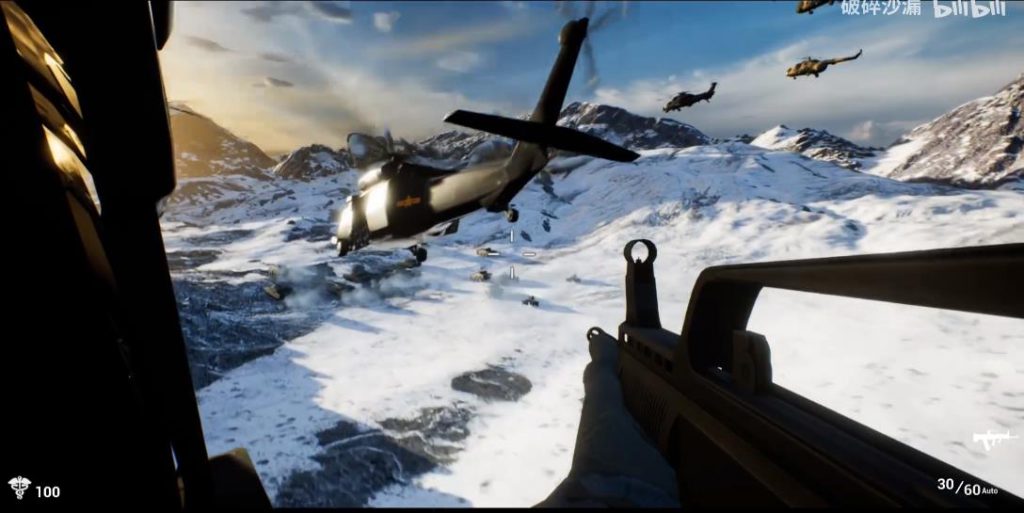 In addition, in terms of more advanced armaments, such as fighters, the game is also fully filled. If you are a military fan, you will definitely find that there are frequent air forces in the game, such as the J-8, H-6, and J-11BS that have been retired or are in service in our country.

What’s even more rare is that the number of the J-8 fighter in the video is “81192”, and this string of numbers represents the “China-US South China Sea Collision Incident” that occurred on April 1, 2001. At that time, in order to maintain the safety of China’s airspace, the pilot Wang Wei had a heroic sacrifice in a collision with a US military plane. The F-8 fighter aircraft numbered 81192 he was driving has also become an unforgettable symbol in the hearts of the Chinese people. Developers adding these elements to the game obviously strengthens the resonance with the player on the emotional level.

All in all, “Invasion Day” does integrate Chinese military symbols into the game as a whole, and it creates a familiar and non-violent look and feel.

Rich scenes and gameplay, details still need to be added

If it goes beyond the framework of Chinese military elements, and from the perspective of game performance alone, “Invasion Day” is actually more of a well-regulated work that needs to be further strengthened and improved. 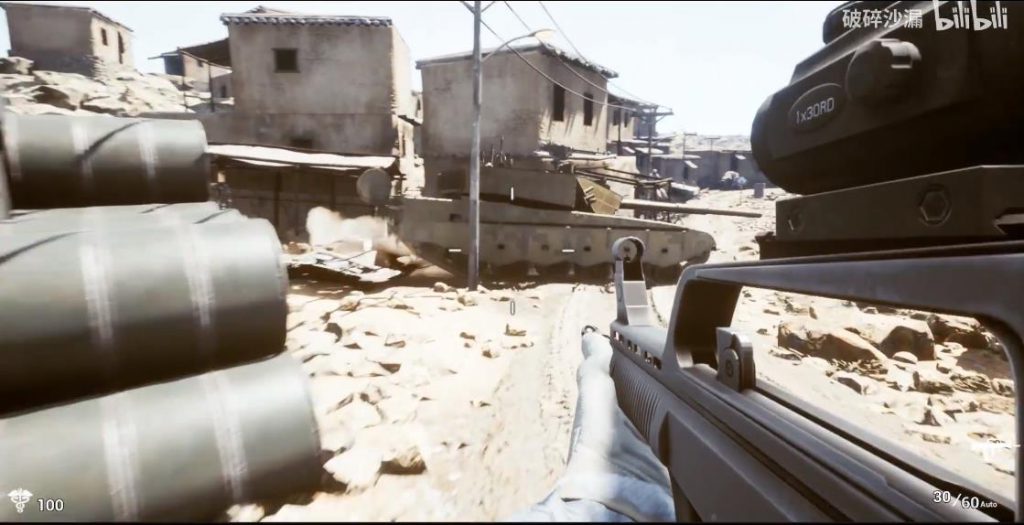 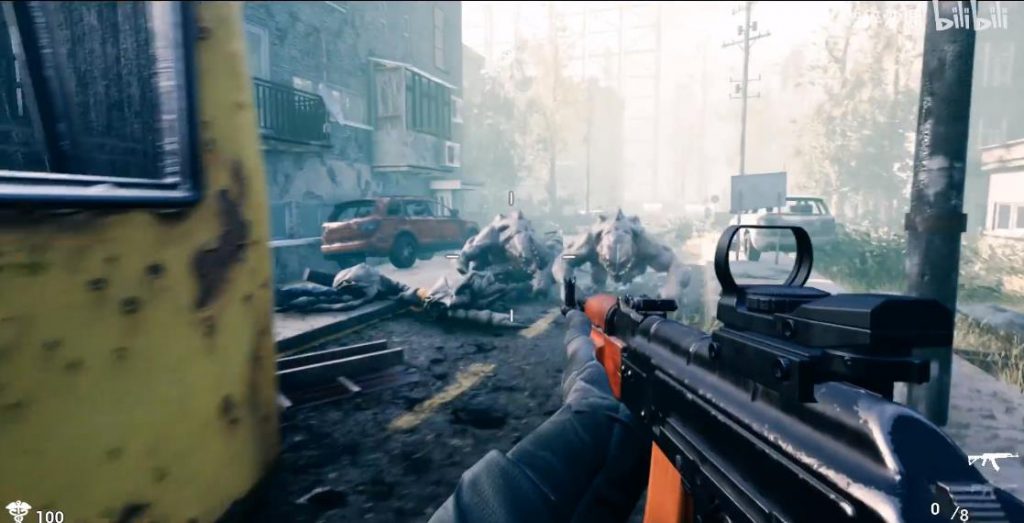 This shows that the game process is not limited to a certain region, but extends to the world. Such a huge scene is obviously difficult to complete by one person. In this regard, the developer admitted that the models in the game were purchased by themselves or taken from some free resources, and on this basis, they carried out a second optimization process.

To be honest, these scenes are indeed commendable on the macro scale, but if you look closely, you will find that the performance of snow and mountains is not fine. In addition, many viewers pointed out that the game has insufficient sense of strike, there is no feedback for monsters to repel, and the enemy’s attack method is somewhat monotonous.

But considering that this is only a personally developed work, and it takes only one year, if it reaches the same type of 3A performance, the amount of work and time spent obviously does not match the reality, nor does it conform to the developer’s “only use for The purpose of learning, not for commercial profit.

In terms of gameplay, GameLook believes that “Invasion Day” still maintains a richer gameplay. Judging from the icons on the game interface, players seem to be able to drive aircraft, tanks and other vehicles, and the developer also demonstrated the role of sliding shovel and climbing. The ballistics of the firearms have also been optimized.

What surprised me more is that although the model is not well detailed in the game, the developers have spent a lot of effort on the interaction of the items. For example, when the character is walking and colliding with plants, the plants will shake slightly or violently, depending on your character’s moving speed and impact direction.

Regardless of the scene or the gameplay, the game has a relatively complete prototype, and these designs at least ensure that the game will not fall into weakness in terms of experience, laying a general direction for subsequent further development, and filling work is relatively easier. .

Why do you want to make a Chinese military game?

In GameLook’s view, the most commendable part of “Invasion Day” is that it shows the outside world the possibility of making Chinese military games.

From a personal point of view, Flying Grape seems to be a military fan. It has released its own military videos at station B since 2016, and many of the 5 videos released involve AR related to China. Military game development, CG production, etc., the highest playback volume is close to one million.

At the beginning of August this year, Jun Zhengping’s studio level posted a Weibo stating that “the healthy development of military games should be encouraged”, and then a lot of discussion arose. Prior to this, it coincided that public opinion was arguing about the harm of the game again. Against this background, Jun Zhengping’s voice is undoubtedly a strong recognition of the positive value of games, especially military games. 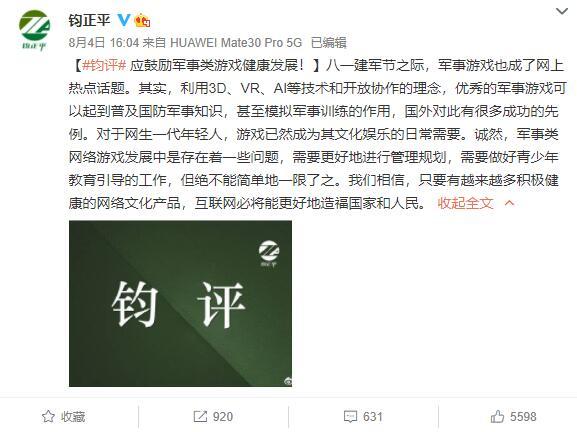 During the National Two Sessions earlier this year, Li Xiang, a member of the National Committee of the Chinese People’s Political Consultative Conference and a professor at the National Defense University Military Culture College, also suggested that under the situation of accelerating the development of the domestic game industry, financial and policy support should be strengthened, and market-oriented product orientation should be clarified to attract domestic leaders. Participation of the game company to launch high-quality military games with the characteristics of our army.

It can be said that excellent Chinese military games can enable our military and people to have military game products similar to the American “Call of Duty” series of games that integrate propaganda, training, and entertainment.

“Invasion Day” is just the beginning, but from “Invasion Day” we may be able to expect that in the near future there will be a real domestic military game turned out to attract the attention of gamers and military enthusiasts all over the world. Become a masterpiece of the same generation as similar international works. It even started its own brand and became a masterpiece that people waited all night to buy before it went on sale.

Kimetsu no Yaiba – The Chronicles Hinokami shows Akaza and Rui