Don’t throw away your kid’s old Pokemon cards, they can be worth a fortune

Pokemon The Trading Card Game cards are as valuable as ever (Image: POKEMON COMPANY)

And despite being around for a quarter of a century, the Pokemon card game remains as popular as ever.

Indeed, the game is so popular that fans are willing to pay big bucks for rare Pokemon cards.

So if you’re thinking about throwing away your kids’ discarded collections, think again, because you might be sitting on a fortune.

An easy way to find out the value of your Pokemon cards is to look for a symbol in the bottom right corner of the card.

Cards with circle symbols are fairly common, meaning they probably aren’t worth a lot of money. Cards with diamond symbols are a little rarer, but probably not particularly valuable.

According to the WikiHow website, cards from the late 1990s are more likely to bring in some cash, even the rarities of diamonds and circles.

Cards with one or more stars are much more valuable and well worth investigating.

If you have cards that fit this description, you should go to a valuation website for a rough price guide. This includes sites like mavin, TCGPlayer and even eBay.

One thing worth noting is that prices tend to fluctuate, so don’t be surprised if the quoted valuation doesn’t fully match the selling price.

Some of the rarer cards are starting to reappear as part of the newly released Celebration Packs.

The latest expansion is said to “play out 25 years of nostalgia with fierce Pokemon, stunning art and evolving strategies”.

The Pokemon Company explains more: “Every Pokemon TCG expansion is unique, but the Pokemon TCG: Celebrations Collection takes extraordinary to another level.

“With a classic collection alongside other exciting cards, this expansion offers a festive parade of cards that you won’t find anywhere else.

“Celebrate 25 years of Pokemon with a collection that highlights some of the game’s most memorable moments and Pokemon.” 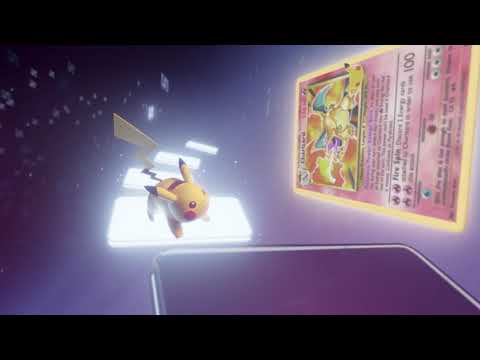 Speaking of Pokemon, Nintendo is just a few months away from releasing Nintendo Switch remakes of Diamond and Pearl.

The upcoming Pokemon games are based on the Nintendo DS releases of the same name.

The Nintendo Switch editions will feature new and improved visuals, as well as a whole host of quality of life improvements.

Adventures in Pokemon Brilliant Diamond and Pokemon Shining Pearl will take place in the Sinnoh region.

Rich by nature and with the towering Mount Coronet at its heart, Sinnoh is a land of many myths passed down through the ages. You will visit many different locations in the Sinnoh region, as you strive to become the champion of the to become Pokemon League.”