Metal Gear Solid could be making a triumphant comeback, with a remake of an MGS game potentially unveiled at The Game Awards 2021 in December. It has been rumored for some time that a remake of either the first Metal Gear Solid or the third game in the series – Metal Gear Solid 3: Snake Eater – could be in the works. And fans of Hideo Kojima’s beloved series could get official confirmation in a few months.

As marked in a message on Reddit, Irish singer-songwriter Eabha McMahon (aka AVA) could have unveiled a huge upcoming PlayStation game.

During an interview with Irish radio show The Lunchbox, AVA said she had written an “Irish-language” song for a “major” PlayStation game that is also a remake.

It is rumored that this mysterious game will be announced at Christmas.

What does this have to do with Metal Gear Solid?

Well, one of the most iconic tracks from the original MGS is ‘The Best Is Yet To Come’ – an Irish-language track that can be heard during the end credits.

AVA’s comments are by no means a confirmation that a Metal Gear Solid remake is in the works, but the information she dropped – coupled with the long-standing rumors of an MGS revival – may indicate that Snake may be imminent comeback.

There are two possible events in December where the MGS remake could be announced.

The most obvious is The Game Awards 2021, which takes place on December 9.

Given host and founder Geoff Keighley’s close relationship with MGS creator Hideo Kojima and past Death Stranding TGA reveals, The Game Awards could be the ideal place to announce the MGS remake.

And a recent cryptic tweet from Keighley could hint at this.

Early this month, Keighley sent out the eye-catching tweet “Today I saw things,” followed by an eyes emoji. 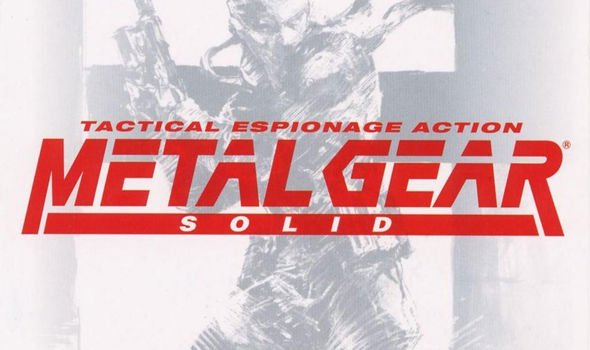 The MGS remake could be announced at The Game Awards 2021 (Image: KONAMI)

Of course, this can refer to a number of different things. But Keighley’s close relationship with Kojima led many people to respond to the tweet thinking it could be a reference to a new Metal Gear Solid game or the revival of the Silent Hills project.

If the MGS remake isn’t announced at The Game Awards, there’s another place it could make an appearance.

Rumor has it that Sony will host another big PS5 event in December, the PlayStation Experience.

Rumor has it that more details about the PSVR 2 headset may be revealed during this event.

And if the new Metal Gear Solid game is a PS5 exclusive, this could be another ideal, high-profile event to reveal the title.

The Legend of Zelda