Can you become a hit if you don’t buy the quantity?This mobile game has more than 50 million downloads worldwide

GameLook report/Dog biting is not news, but dog biting is news. This is a classic saying in the traditional news industry about the value of news. When it comes to the game industry, there is also a clear example: the purchase and release that was once regarded as the sword is not news for a long time, and products that do not buy are “sell”. news.

Recently, what has become “news” is a development product called “My Angela 2”. As a casual game but not buying volume, it still gains high popularity, making it even more dramatic. It also proves that even today when buying volume is in volume, there is spring without buying volume. 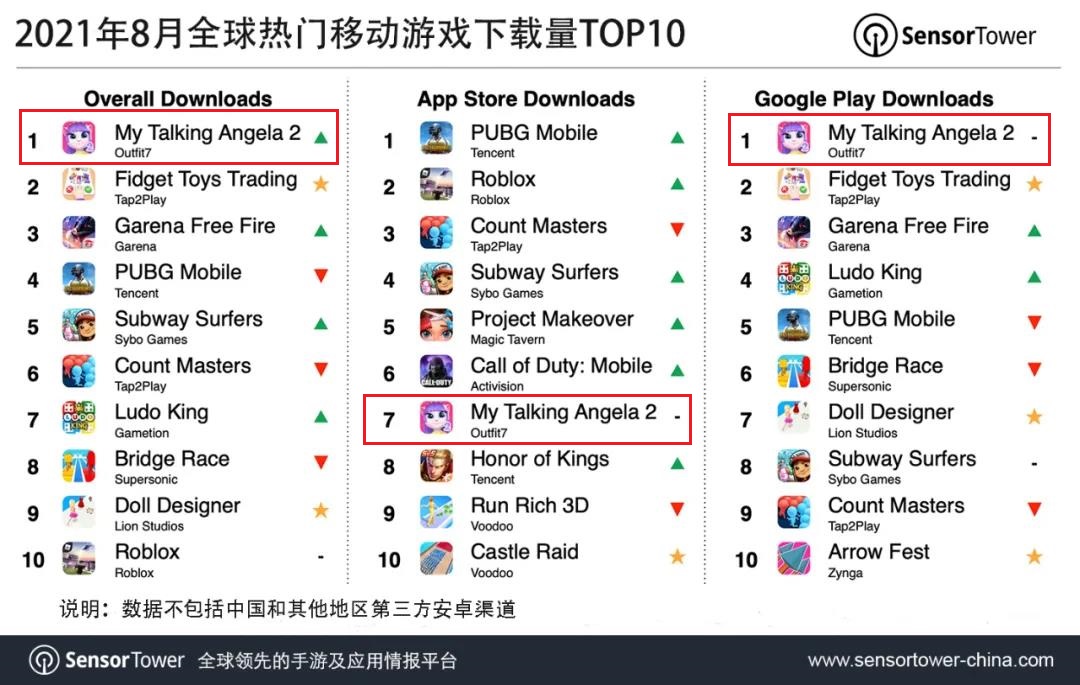 How to attract users to download if there is no purchase? The answer to “My Angela 2” is cross-promotion. 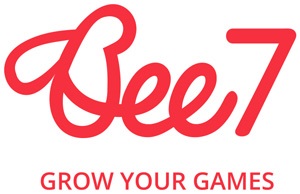 However, with the intensified competition in the game market and the rise of simpler, shorter and faster ultra-casual games, cross-promotion becomes more and more untimely.

Voodoo, known as the “King of Mini Games”, chose not to force traffic to its own products, but to sell them at a high price. In Voodoo’s view, 100,000 or 200,000 downloads are irrelevant. If you sell the same traffic, you can get tens of millions of income.

Thanks to this, Voodoo officially became profitable in 2017 and became a representative of ultra-casual games. In August of last year, it received a stake in Tencent, with a valuation of more than US$1.4 billion. In contrast, after Outfit 7 founder Samo Login sold the company for more than $1 billion, he admitted in an article on the official website of the newly established Login5 Foundation that the cross-promotion service Bee 7 had failed.

Samo Login concluded that the main reason for the failure of Bee 7 was “we were not hungry”, and the background was that the company had developed new products that were not successful enough.

The case of Bee 7 is the universal fate of cross-promotion. Assuming that the guided products are of high quality, everything is happy. If the performance of the product fails to meet expectations, not only the new product Waterloo, but also the users derived from the old product will be lost, forming new and old products. “Lose-to-lose” result.

Therefore, “My Angela 2” did not buy volume, but chose to cross-promote this relatively “retro” and “non-mainstream” marketing method. It really takes some courage.

In today’s increasingly high traffic cost, casual games are difficult to compete with heavy games, especially as major manufacturers enter the game to buy and release, the cost of buying is further rising. Hot Cloud data in 2017 pointed out that the CPA cost of some games for a single user exceeds 300 yuan, which is an unbearable burden for casual games anyway.

Tom Cat can be said to be one of the only remaining casual game IPs from the early days of mobile games to the present. It is still active and has works published during the same period, and has formed an IP with the same influence but Angry Birds. IP can greatly improve the cost-effectiveness of cross-promotion. Of course, it also needs to be built on the premise that the new work can bring IP fans an upgrade in experience.

Compared with the previous work, “My Angela 2” goes a step further towards the “feminine” style. The gameplay is not limited to “parrot learning”, but a collection of dress-ups. Players can change clothes, make-up, and customize their own “Angela”. Players can even ask “Angela” to travel and shop in different countries and take a photo to commemorate. The game also adds some small games to enrich the overall experience diversification. 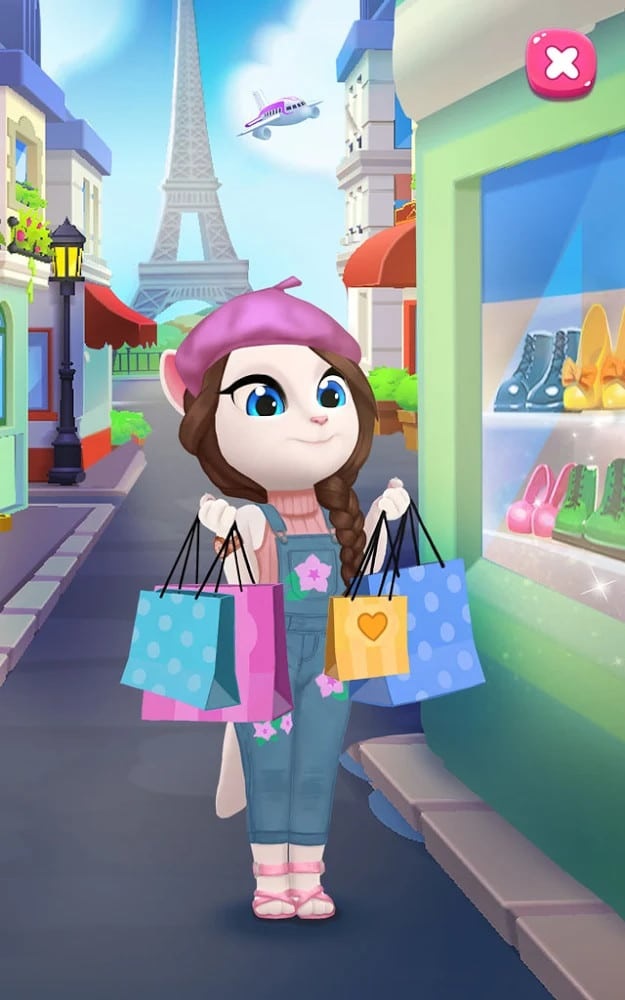 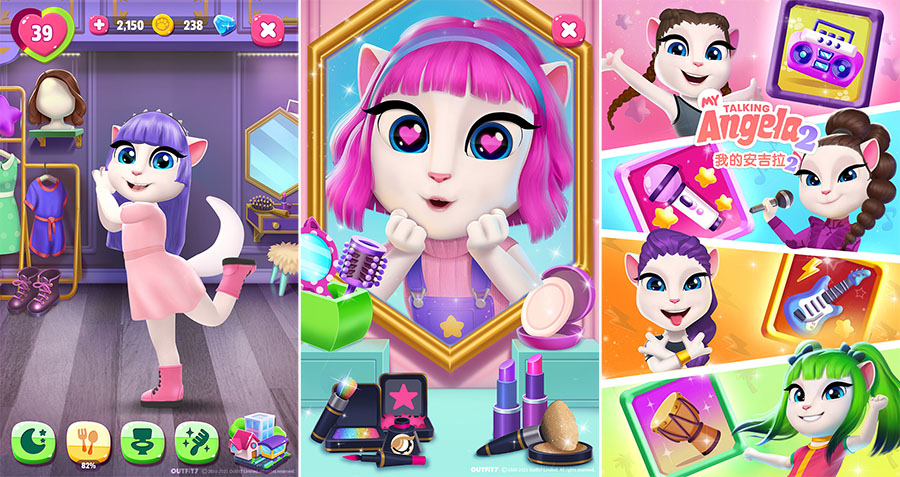 At the same time, “My Angela 2” also inherits some classic settings from the previous game. Players need to take care of “Angela”‘s daily life to meet her rest and hygiene needs. 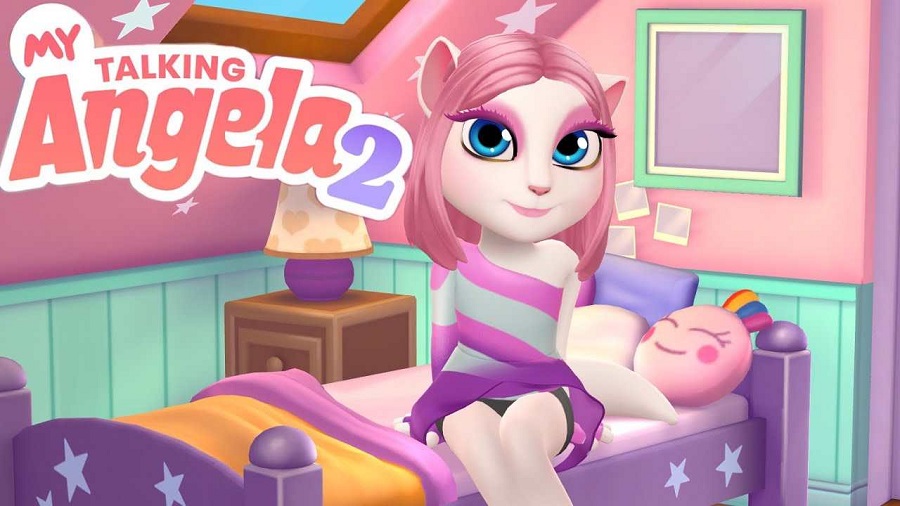 Therefore, from an experience point of view, “My Angela 2” has a more adult female user side in terms of art style and gameplay, but at the same time retains the characteristics of children’s games, that is, setting an example for children through events such as brushing their teeth. This also seems to reveal the purpose of the developer Outfit 7, to attract more young female users on the basis of inheriting the previous children’s game market. The experience of inheriting the classics and pioneering at the same time is also the confidence that “My Angela 2” has exceeded 50 million downloads without relying on purchases in a few months.

The only level of IP attention, buying volume is not the only way out

All in all, the existence of IP allows “My Angela 2” to live well without buying volume, and the official level of attention to IP is unique in the industry.

In order to further solidify the IP influence, in July this year, Outfit 7’s parent company Jinke Culture even announced that it officially changed its name to “Tom Cat”, which was officially explained as highlighting the core business of listed companies. 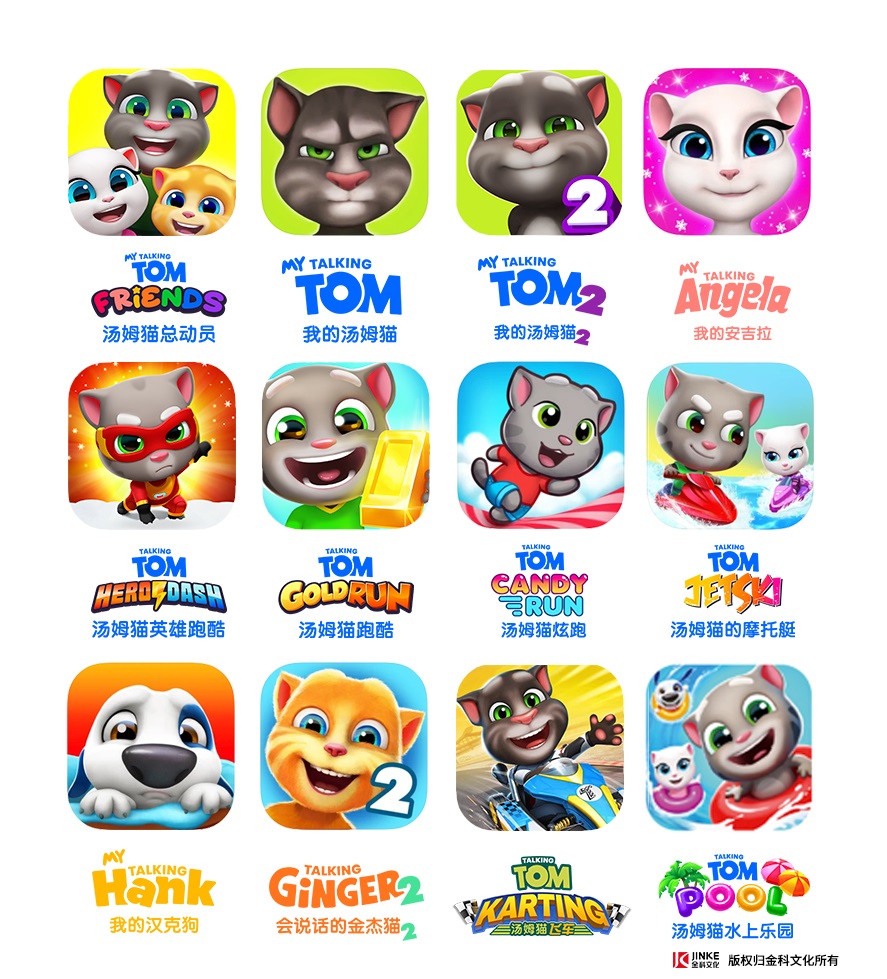 Fortnite downtime: how long are servers down for Fortnitemares update?