Breaking out is that simple?Two new travels in Japan’s top 10 best-selling list, one is laughing and the other is crying

GameLook reports/It is said that the Internet industry is like a circle. It was once popular but has now become a niche area. There will always be new impetus and a “Renaissance”.

Recently, GameLook has discovered two quite “retro” new games in the Japanese market, and the results are very outstanding, both games have reached the top ten best-selling iOS in Japan.

One of the domestic players is very familiar with it. It was the “Kangong Riding Crown Sword” that was previously represented by Station B and the name was long enough to crush a lot of products. However, after the game was translated into Japanese, the name of the game did not grow much. Not even as good as “The Horse Race Girl.” Up to now, this game has successfully dominated the iOS free list for 3 days, and is ranked 7th on the best-selling list, with amazing results.

The other is the game “Code Geass Genesic Re;CODE” (hereinafter referred to as “Lelouch Mobile Games”) adapted from the classic old animation IP “Code Geass: Lelouch of the Rebellion”. Climbed to the 8th best-selling list. 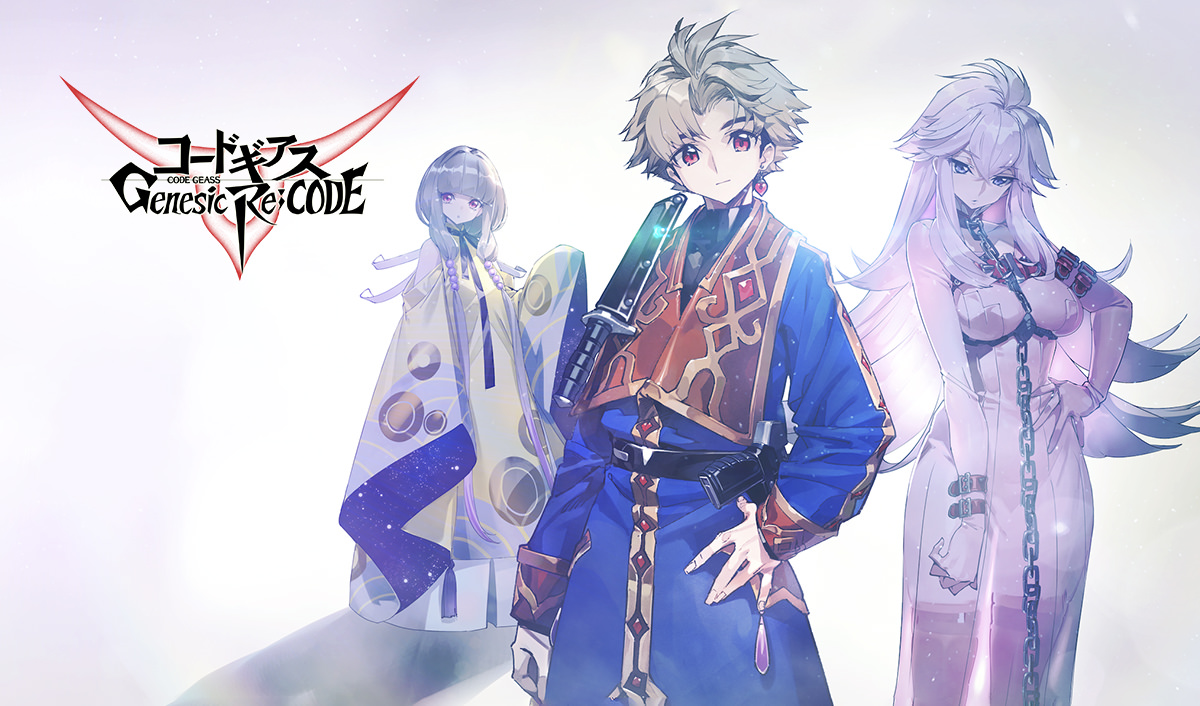 It can be clearly found that these two games have a common feature: the Renaissance. One adopted a retro and relatively niche pixel style, but still conquered a large number of Chinese and Japanese players. The other “resurrected” the old IP, using the influence of classic animation to awaken the feelings of many players, and finally both succeeded in breaking through the Japanese market.

“Old Tears” is the first reaction of many fans when they see the PV of “Lelouch Mobile Games”. Counting from the time the anime airs, this can definitely be regarded as an IP of “Ye Qingjie”.

As early as 2006, “Code Geass: Lelouch of the Rebellion” has been aired on Daily Broadcasting and TBS TV. Relying on its grand and bold worldview design, coupled with the meticulous description of the character’s human nature, it has been loved by a large number of viewers once it is broadcast, and it has a huge user base.

﻿Trial for overseas playersAfter the big hit, this animation has been adapted into various derivatives such as novels and comics, but it has never set foot in the game market. Now this “Lelouch Mobile Game” is the first anime IP launched in 15 years. Mobile game products. 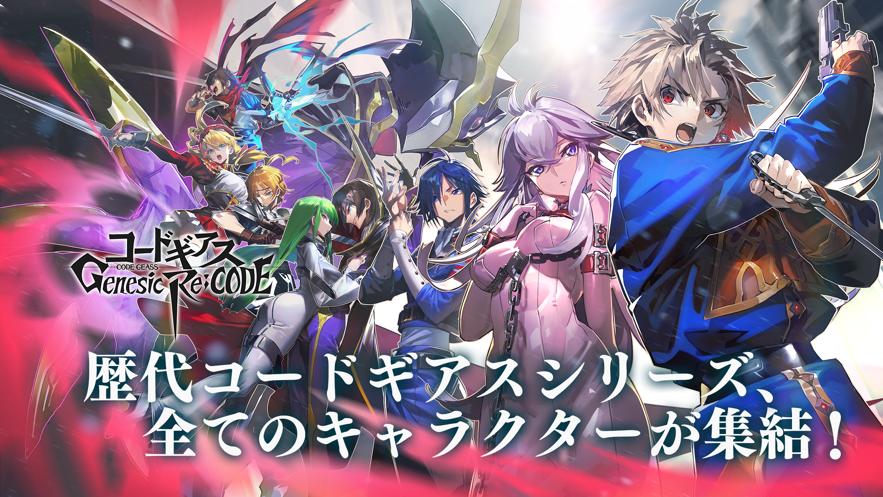 The strange thing is that the original animation “Code Geass: Lelouch of the Rebellion” was produced by SUNRISE, a subsidiary of Bandai Namco. In other words, the copyright of this IP should be in Bandai’s hands.

However, according to the official website, the developer of the game is Code Geass Genesic Re; CODE production committee, which directly adopted the name of the game. The original characters in the game came from CLAMP and the animation came from SUNRISE. Almost all of them were former animation teams, but the publisher It’s not Bandai.

As the first adapted mobile game, “Lelouch Mobile Games” does not seem to be played with Bandai, but the publisher of the game Hakuhodo DY media partners actually has a lot of background. This company is a Japanese advertising giant and 4A advertising group Hakupao. Tang’s wholly-owned subsidiary. 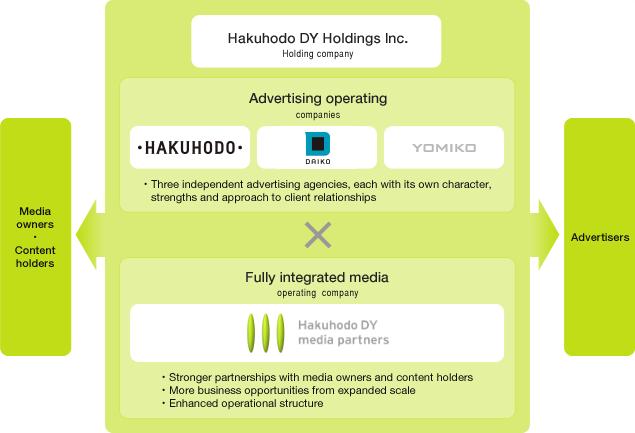 It is reported that Hakuhodo DY media partners is mainly responsible for Hakuhodo’s media and content business, mainly designing leading media strategies and ideas for advertisers, media owners and content holders. Its strong qualifications and background can definitely be regarded as the old fried dough sticks in the marketing industry, and it is also one of the few Japanese companies that cross-border into the game publishing field.

In fact, there are many cases of advertising giants entering the game across borders. In the European and American markets, advertising companies such as ironSource and AppLovin have participated in game publishing. However, these companies have chosen the local market to become more popular and have a relationship with the advertising business. Explore the ultra-leisure field with a certain connection.

Under the endorsement of the advertising giants, from the perspective of market performance, “Lulu Xiu Mobile Games” has indeed achieved results. After an extension, it was officially launched on the Japanese market on October 4th. It reached the top of the free list on the first day and the best-selling list. Reached 8th place and got a good start.

From the perspective of game types, “Lelouch Mobile Games” can be said to be a typical manga mobile game. As mentioned above, the original animation production team SUNRISE, the original role of CLAMP is in charge, and “Code Geass” is included in the game. All the characters in the “Lelouch of the Rebellion” series, and also invited many well-known CVs, aiming to restore the original feeling of the anime. 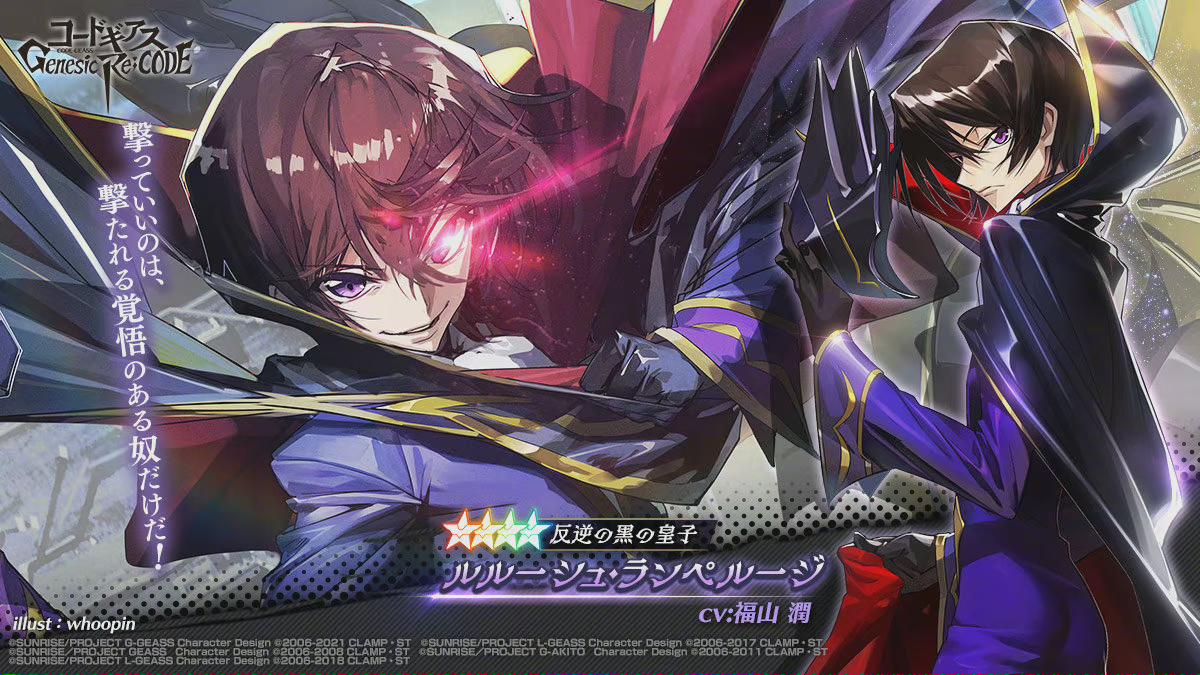 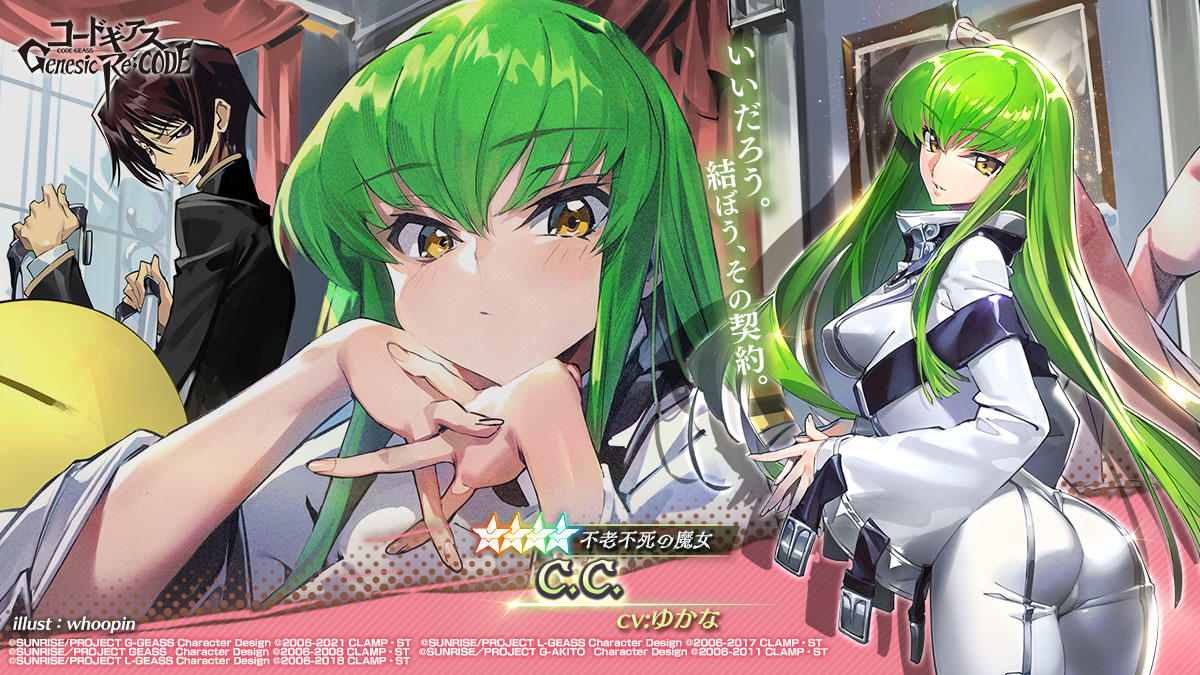 At the same time, like most Japanese comic-style mobile games, the plot and development take up a considerable proportion of the game. In the game, an original story line is designed based on the world view of the original animation. The player will play the memory of the boy “Al” who has lost his memory. Of course, the original plot is also provided in the game for players to experience.

Of course, the game also has certain innovations in the gameplay. For example, the game absorbs SLG elements and introduces a real-time simulation strategy gameplay. Players need to control the team to “siege the city”, and the official name is “Abyss”.

“The fantasy adventure of Canterbury princess and the knight awakening the sword of champion” Relying on the game name of up to 20 characters and the marketing of station B, this special game became popular in the domestic market in the first half of this year. Today, this high-quality mobile game is also popular in the Japanese market. 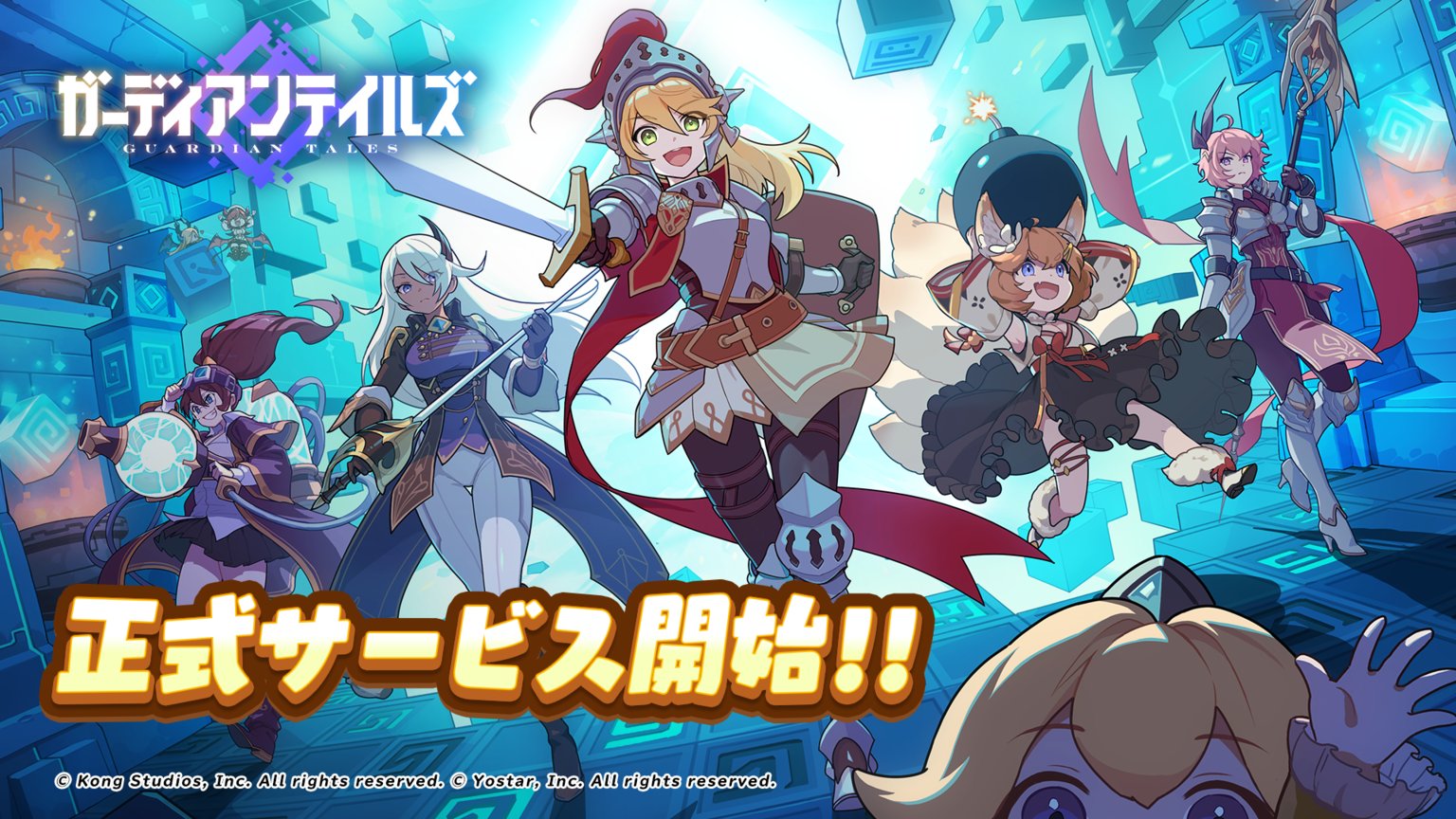 Therefore, the independent release of “Kangong Riding Crown Sword” actually includes Kong Studios’ vision and strategic considerations to develop the Japanese market, and according to the press release on Kong Studios official website, in order to make the game better in the Japanese market Kong Studios also specially found Yooxing and established cooperation with it to facilitate the smoother localized marketing and operation services of the game in Japan. 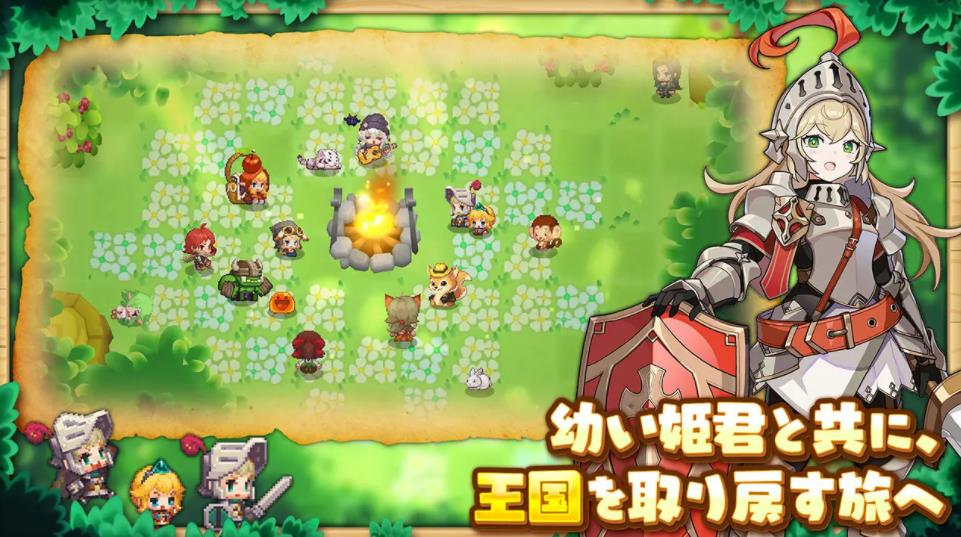 From the performance point of view, Kong Studios has achieved very good results and has remained stable in the Top 10 best-selling list so far.

Similar to the Chinese market, Kong Studios has also adopted a big publicity strategy in the Japanese market. Since its launch, it has carried out a large number of advertisements in Japan. Many Japanese players said that they downloaded the game through advertisements.

In addition to massive advertising and marketing, “Kangong Riding Crown Sword” also gives full play to its strengths in the Japanese market.

I believe that the domestic players who first came into contact with the game are very familiar with it. The stubbornness is buried everywhere in “Kangong Riding Crown Sword”. The superposition of passionate and funny elements allows players to laugh at the game from time to time. The humor and fun have become the biggest game of the game. One of the selling points. 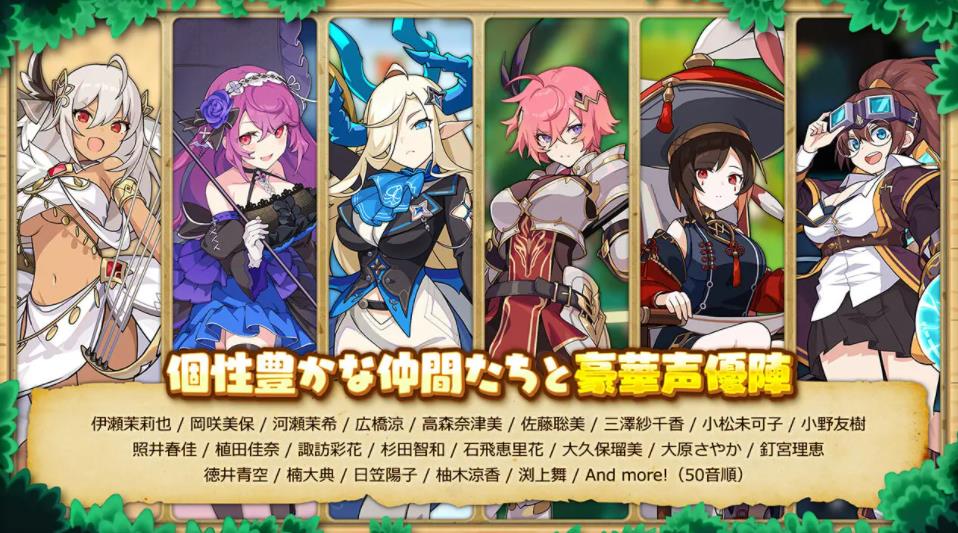 Of course the CV lineup is also the key

In the Japanese market, the game also uses its own humorous elements. For example, the tribute to the “Legend of Zelda: Breath of the Wild”, “Final Fantasy”, “LIVE A LIVE” and other games has become Japan. The topics discussed by the players successfully realized the fission of the player community. 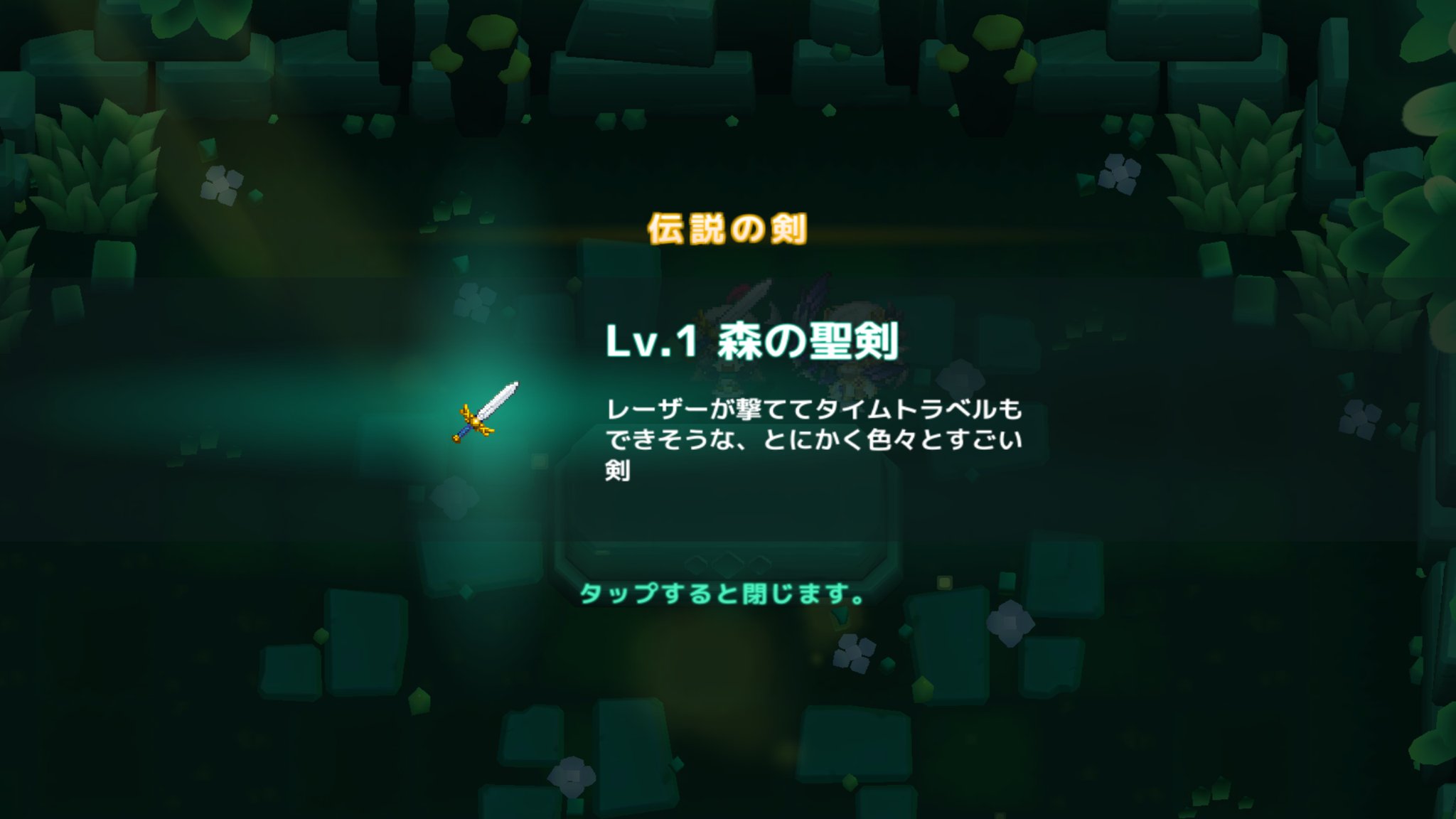 In addition, the Japanese market has a unique sentiment for pixel wind games. In the early years, well-known RPG games such as DQ, Final Fantasy, and the Legend of Zelda were actually developed gradually from pixel wind. Pixel wind is not only retro, but also It has become a classic feeling in the hearts of Japanese players.

In the Japanese market, especially in the RPG category, there are not a few pixel style products that have been born in recent years, such as “Catapult World Story” produced by Cygames, and “Romantic Shaka” mobile game by Square Enix.

The nonsensical style, dense smiles and stalks, coupled with the exquisite pixel style and big announcements, have become the secret of the success of “Kangong Riding Crown Sword” in the Japanese market.

The logic has changed again?Why the Renaissance was so successful

Two “retro” games are among the top ten best-selling games. According to GameLook, not only the classic IP but also the classic pixel style have been verified by the market again, and they have also brought some new ideas to the industry. .

First, IP-adapted games such as “Lelouch Mobile Games” have cut into the weakness of Chinese companies and even many overseas companies. It is difficult for overseas companies to obtain the right to adapt Japanese IP to publish games in Japan.

As a major animation country, the influence of Japanese local animation IP in the Japanese market is self-evident, and the solid user base disk provides explosive energy for the game. But after all, it is Japan’s own original IP, so it is really unrealistic for overseas companies to publish games adapted from Japanese IP in Japan.

It is difficult for Chinese companies to obtain Japanese IPs in the Japanese market, and more often they are second to none and conduct localized marketing through linkage, such as “Wild Action” linkage with the well-known Japanese idol girl group “Nogizaka 46”. 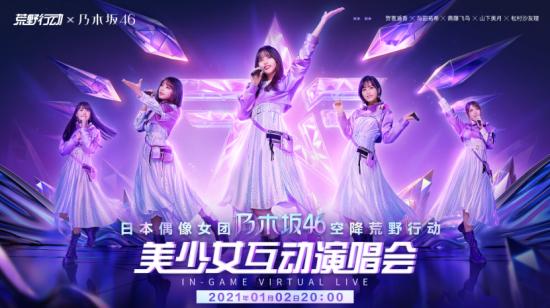 Of course, it is not a bad thing not to get the right to adapt IP. Compared with IP adaptation, the profit margin of original products is obviously higher, but it requires Chinese manufacturers to polish the quality of the game more carefully.

Second, whether it is two-dimensional or other types of games, Chinese companies mostly focus on realistic or 3D art styles, and do not develop pixel-style games as their main products.

On the one hand, Pixel Wind is very niche among Chinese players, and many Chinese companies will directly ignore this niche category.

On the other hand, because of the niche, pixel style is often accompanied by strong stylization, and it has become a popular art style for small and medium teams and independent games. Large-scale and large-scale companies generally seldom actively develop pixel style products. Layout this field in a multi-select agent way.

As mentioned above, some markets like Japan and South Korea actually have a certain “pixel feeling”, which leads to this kind of stylized products actually have the potential to break through the market, and at the same time provide a brand-new product for overseas products. the way.