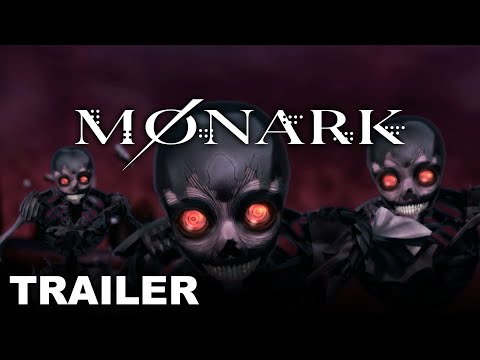 NIS America delivers us a new trailer Monark. In it one devotes oneself to the enemies. We also learn that the release on PS4, PS5 and Switch is scheduled for February 22, 2022.

In Monark Players not only have to deal with outside threats, but also have to stand up to themselves! The Shin Mikado Academy is shrouded in a terrifying mist. Players must develop their egos and break pacts imposed by the pactbearers. This is the only way to fight the corrupting fog.

The ShinMikado Academy is shrouded in a mysterious and deadly mist. To help the friends trapped there, players must enter the Otherworld, a demonpopulated dimension away from the real world. In this puzzling domain, the Authority of Vanity must be used specifically to summon a battalion of Devils. The power of the devils depends on the ego of the master.

Functions:
Immerse yourself in the madness: switch between the worlds explore the fog in the real world or fight in the mysterious Otherworld. Summon allies for help, fight the adversaries and uncover the secrets of the academy. Are you going crazy and destroying yourself?

Into the Mist and Beyond: Immerse yourself in a dark realm where reality collides with yourself. The mysterious worlds come to life with a surreal, dark neofantasy style and their characters.

The power of yourself: Strengthen your ego and change the appearance of your devils and their abilities. Unlock different devils that you send into battle. The free tactics system allows you to position the units on the battlefield in such a way that destruction rains on your opponents.

The Legend of Zelda

Final Fantasy Legend Gets a Triple Retro Boost on Steam