Lilith’s SLG universe has a “quadruple”, and the new game “Age Of KITA” comes from an alien world

GameLook report/From “Sword and Homeland” to “The Awakening of Nations” to the “Medal of War” that recently swept the Japanese and Korean markets, few people would doubt the global distribution capabilities of the Lilith SLG category.

After achieving good results, Lilith continued to consolidate the dominance of the SLG track. Recently, GameLook discovered that Lilith had announced a brand new SLG product overseas: “Age Of KITA”.

According to the game videos uploaded by overseas players, Lilith should be mainly responsible for the release of the game, and the research and development is handed over to a company called URSA Games. And GameLook also found the true face of this company, as a Beijing-born developer Beijing Usar Network Technology Co., Ltd. 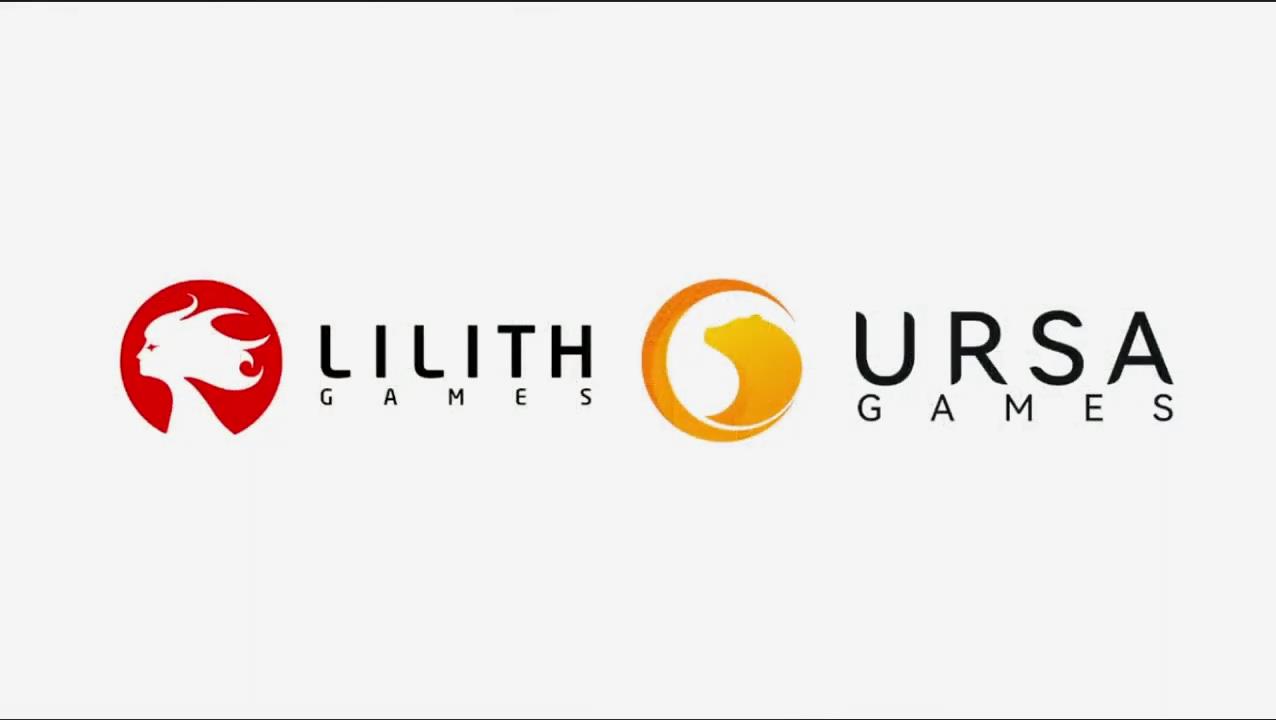 According to the company’s information, Ursa Network was established in 2019 and then received investment from Lilith. According to the shareholding structure, Lilith holds 37% of the shares. It can be seen that the cooperation method of “Age Of KITA” is very similar to the previous developer of “Awakening of Nations”, Legou Technology.

At the same time, from the perspective of trademark applications, “Age Of KITA” should be Ursa Network’s first work. It has been developed for 2 years. The Chinese translation of the game should be “Kata Era”. Moreover, from the perspective of social security payment, the number of team members at the end of 2019 at the beginning of the company’s establishment was about 10. As the game officially enters the intensive development stage, the number of company members will increase to 34 by the end of 2020.

After 2 years of painstaking research and development, the game is finally shown to overseas players. Due to the similarity in the gameplay of “The Awakening of Nations”, many players refer to it as the “future version” of the “Awakening of Nations” when they see “Kata Era”. So, what kind of product is “Kata Era”?

﻿Trial for overseas playersThe future is full of science fiction, rushing out of the earthStagedPlanet hegemony

A new planet, a new chapter for mankind.

Unlike most SLGs with historical themes in the market, the world view background of “Kata Era” is set in the future. A huge “wormhole” transports humans to a brand new planet KITA (Kata), which is lush and possessed. There are abundant supplies, but at the same time there is also the cruel conqueror Manhel slaughtering innocent humans. 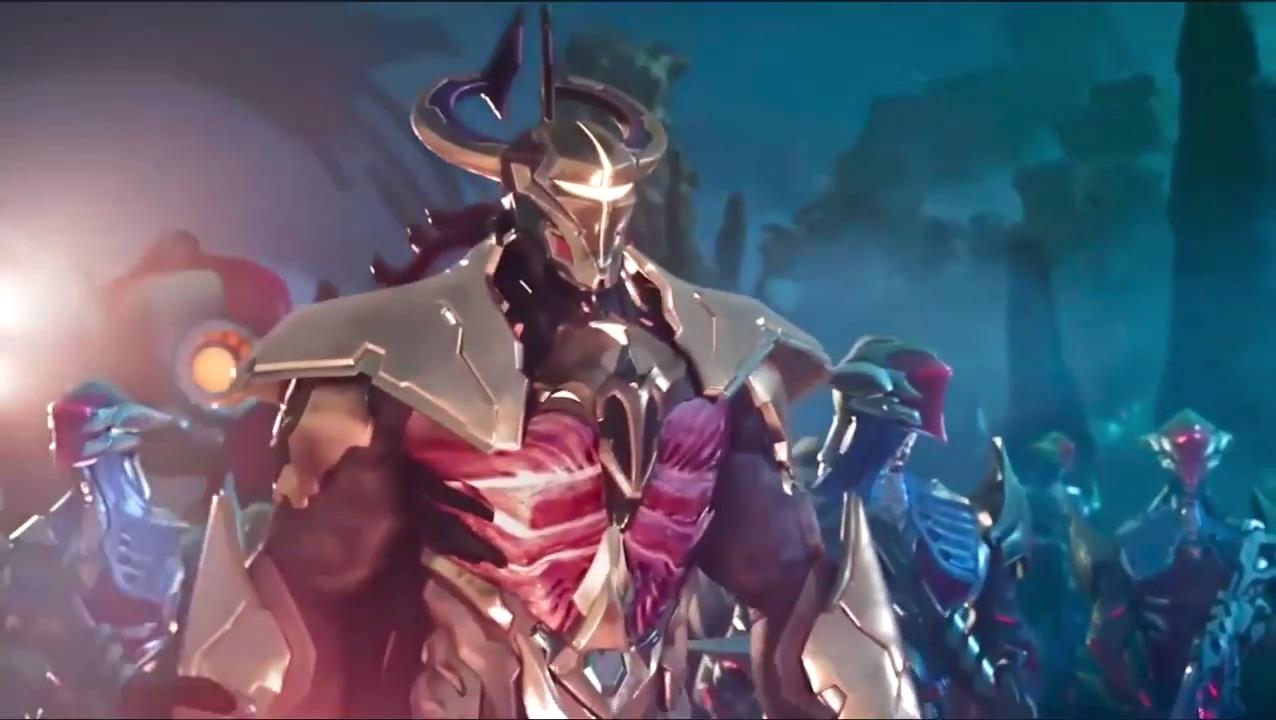 In the game, the player will act as a human commander, ally with the humans who came to this planet, and fight back against Manhel together to establish their own dynasty on the planet.

From the perspective of the world view alone, the plot and setting of “Kata Era” are more common, and the collision of multiple civilizations provides a reasonable reason for the resource collection and confrontation in the game. However, the game’s art style and visual effects are very attractive, making up for the lack of plot, and also making the planet of the future world more vivid.

Like Lilith games such as “Sword and Crusade” and “The Awakening of Nations”, “Kata Era” adopts an American cartoon style, but after careful experience, we can find obvious differences. The most intuitive feeling is that “Kata Era” “Not stingy with visual effects.

Based on the background setting of “Kata Era”, the game focuses on the two aspects of the future and the alien planet. For example, the wilderness areas on the planet are mainly green trees, lawns and empty land, highlighting this The “primitive” and “unmined” state of the planet.

At the same time, the game gives it a strong sense of future technology in terms of architectural style, terrain, types of troops, and character images. For example, most buildings will almost have lights, and the game also sets up a day and night system, night, a future outside The world of the planet is already on paper. 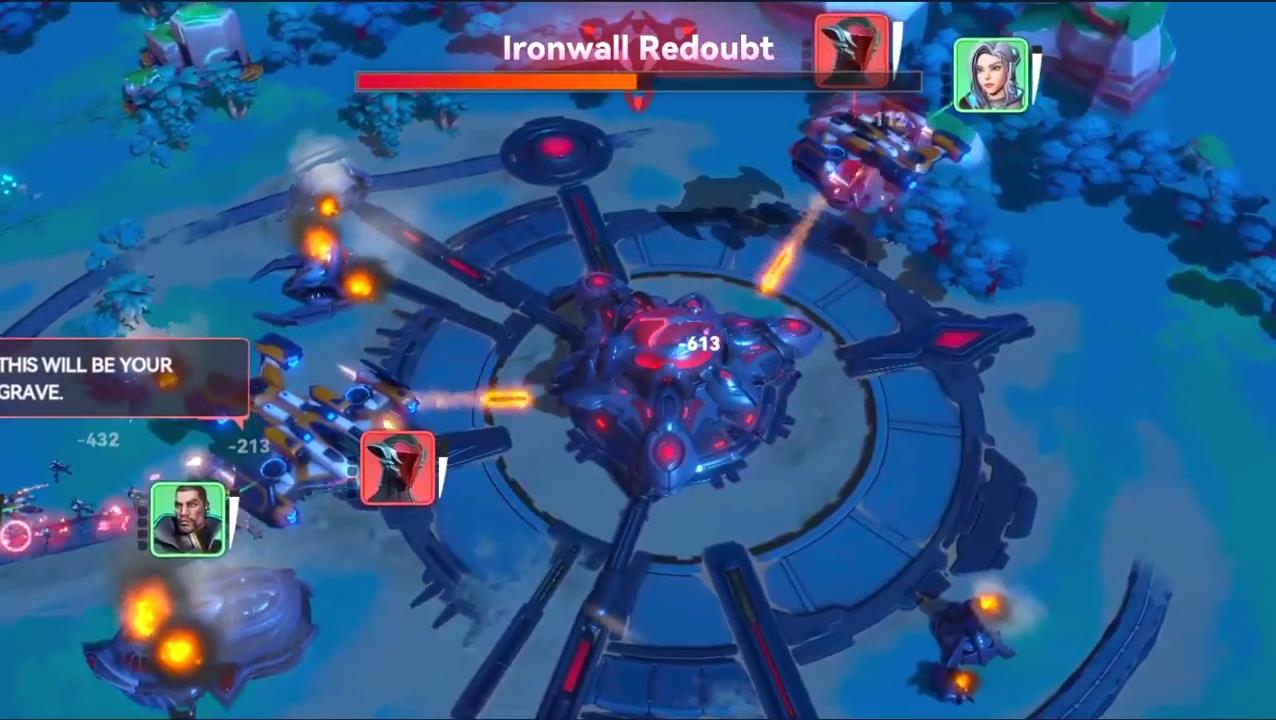 In addition, it is worth noting that although most of the plots in “Kata Era” are opened in the form of dialogues, as with most SLG games, each character dialogue is equipped with real-life dubbing, which combines the plot of the game with the background of the world view. The narrative has been strengthened, and the player’s sense of substitution has also been added.

In terms of gameplay, “Kata Era” can be said to be a game of masters, absorbing the essence of SLG products previously released by Lilith.

In terms of gameplay framework and logic, “Era of Kata” is similar to “Awakening of Nations”. Players need to continuously upgrade buildings and technologies in the main city, and also need to cultivate collectors and masters, and mine, collect, and plunder various resources on the map. . 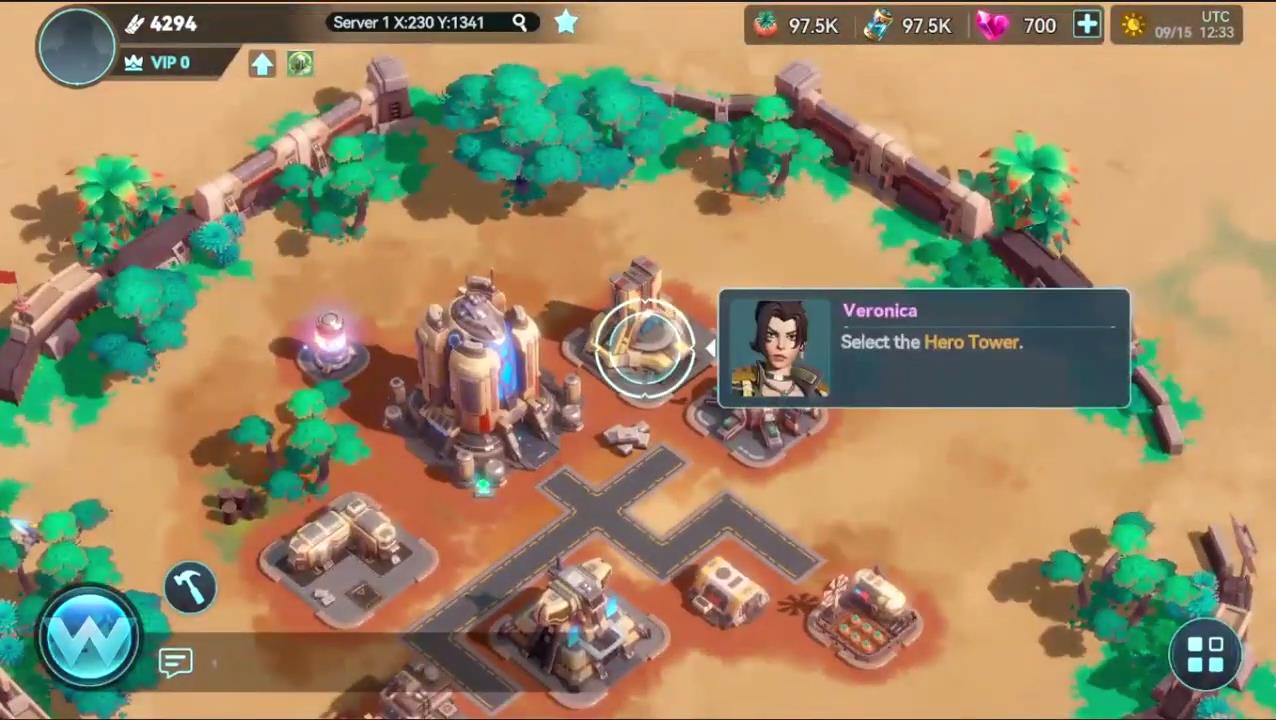 At the combat level, the game mainly continues the essence of “Awakening of Nations”, with a large map, and at the same time players can march freely. On the basis, “Kata Era” also added some new gameplay, such as cutting off the talent system in “Awakening of the Nations”, using traditional values ​​to become the master, and adding role fetters to make the strategy of arranging troops. Sex becomes particularly prominent. 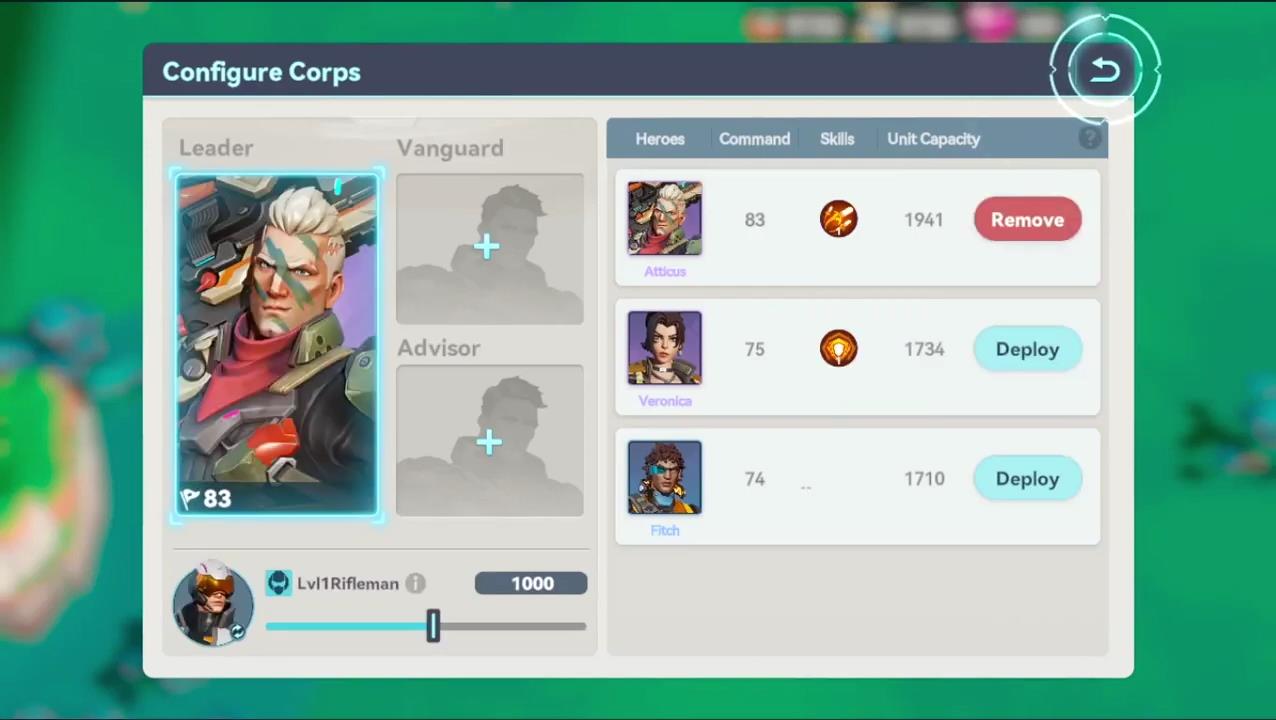 In addition, although it is only a testing stage, “Kata Era” has already shown some paid content, such as monthly pass, Vip system, etc. 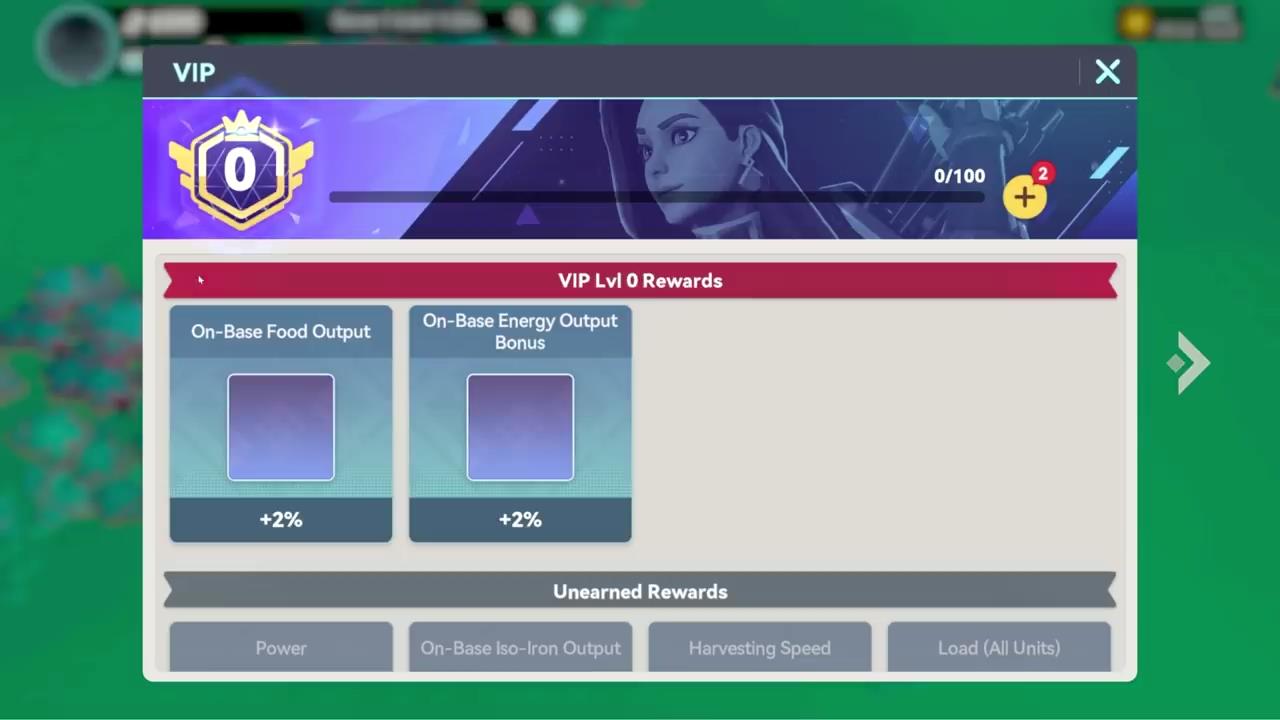 Of course, only from the current situation presented by “Kata Era”, it is difficult to see for the time being that the overall rhythm of the game is more towards development or more towards resource plunder, and this may also become its future and “Awakening of Nations”. The key to differentiation.

Counting from “Sword and Home”, “Kata Era” is already the fourth SLG released by Lilith.

If you put these four SLGs together, you can find an interesting phenomenon. The four games have been spanning from ancient times to the future in the background of the times. A period drama was “made” to form Lilith’s “SLG Universe”. “.

For example, the story of “Sword and Homeland” takes place in a magical world with a little Middle-earth style; while “The Awakening of Nations” is based on the history of various civilizations, which can be regarded as an ancient period; “Medal” selected the theme of World War II. Although it is not a “modern” work, it can still be regarded as modern.

Next, Lilith also set her sights on the future and came up with this “Kata Era”. If you look at it from this perspective, both ancient and modern times have corresponding works, the setting of “Kata Era” in the future is indeed reasonable and reasonable.

Of course, among these 4 games, only the two products “Sword and Homeland” and “Medal of War” are Lilith’s self-developed products. If this trend continues, GameLook speculates that ancient, modern and future have been involved, and now this “Kata Era” has come to an alien planet, then if you want to move forward, Lilith’s next SLG can only rush out of the planet. The Milky Way is out.

Although there is a bit of ridicule, if you really want to go deeper, it is not impossible. After all, there are not no SLG products with starship themes. There are many gold diggers in the industry, and there are also some well-known manufacturers such as NetEase’s ” Endless Lagrangian, Tap4fun’s Galaxy Legend, etc. 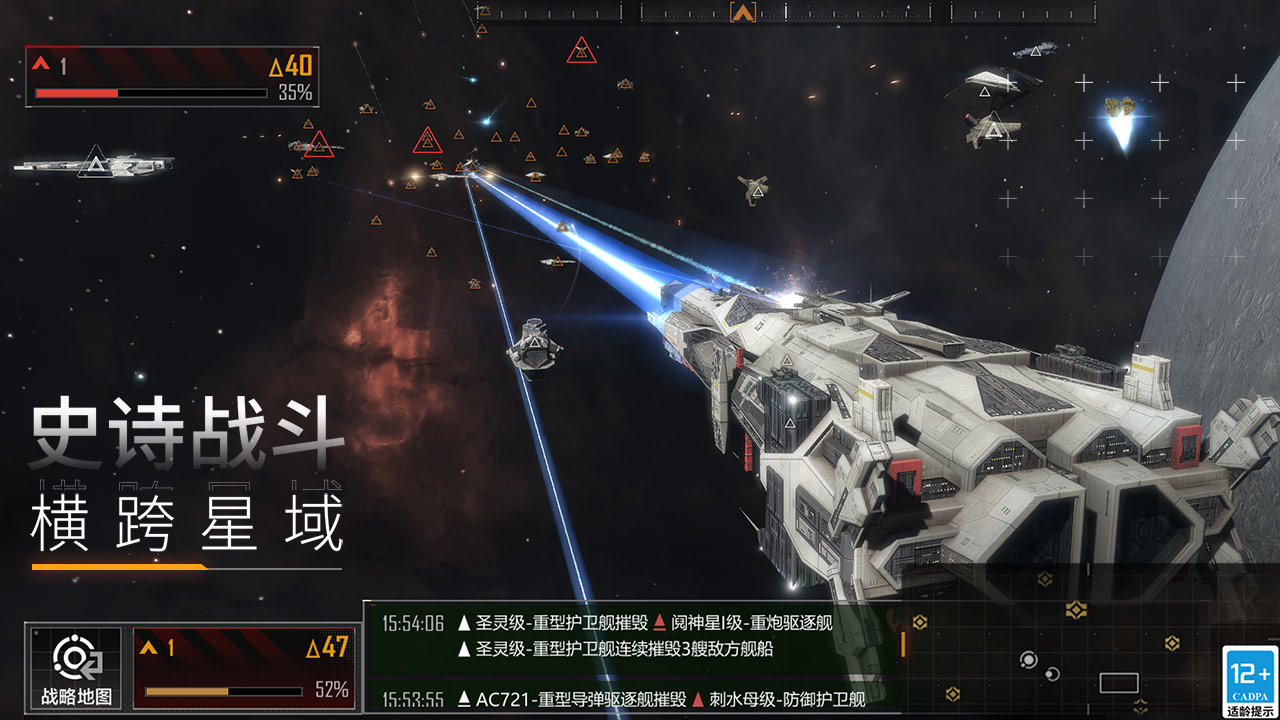 In addition to these products that are still on the rise, there are also products that have found real money, such as a game called “Star Trek: Fleet Commander”, which successfully stood out from the European and American SLGs by relying on Star Trek’s IP. , In less than 8 months of release, the game’s revenue successfully exceeded 100 million U.S. dollars.

It can be seen that Lilith’s “period drama” may continue to be staged.

Of course, different timelines actually correspond to different themes, and this also helps Lilith to segment different user groups and accurately provide players with different choices, which not only meets the differentiated needs of users for products, but also allows the world More users in the market can reach Lilith’s products.

In other words, everyone knows that the SLG market has a large plate. Lilith’s approach is not simply to capture the market, but to expand the market through high-quality products and make the plate bigger.

Throughout the global market, this approach is constantly being fulfilled on the SLG track. For example, several SLGs of FunPlus, “Musket Age,” “SOS”, and “King of Avalon”, also show great differences in themes.

Lilith on the road to globalization

Before “Kata Age”, Lilith actually had a lot of new products still under development. Looking at the new products announced by Lilith, such as “Doomsday”, “Doomsday”, etc., no matter how the game is played, Still, the art style and worldview settings are basically geared to the global market.

Take this new game “Kata Era” as an example. The art style in the game is significantly different from most domestic products. It does not use the two-dimensional or national style, but takes the global route, following the Lilith’s signature cartoon style. .

But in fact, many places in the game, such as characters, are still stylized. For example, Sahne’s character design has a certain magical style in addition to the overall sci-fi style of the game, which is obviously different from reality. 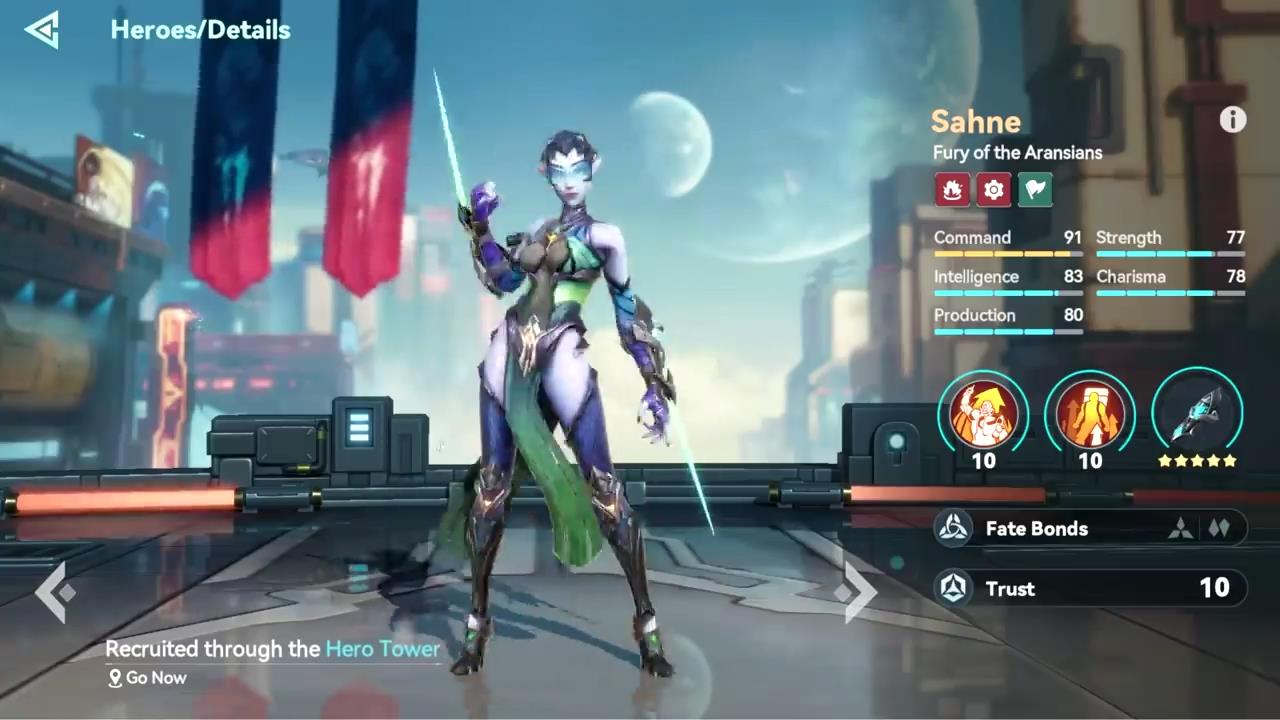 In contrast, Li Yuanyuan’s character is more realistic, and from the name to the clothes on the body and the “dragon” elements, it is not difficult to speculate that the character background comes from China, and it also caters to the aesthetic needs of players in the entire Asian region. Similar to Thomas, although he is wearing a mech, the design of the image of a rugby player clearly caters to the aesthetics of Western players. 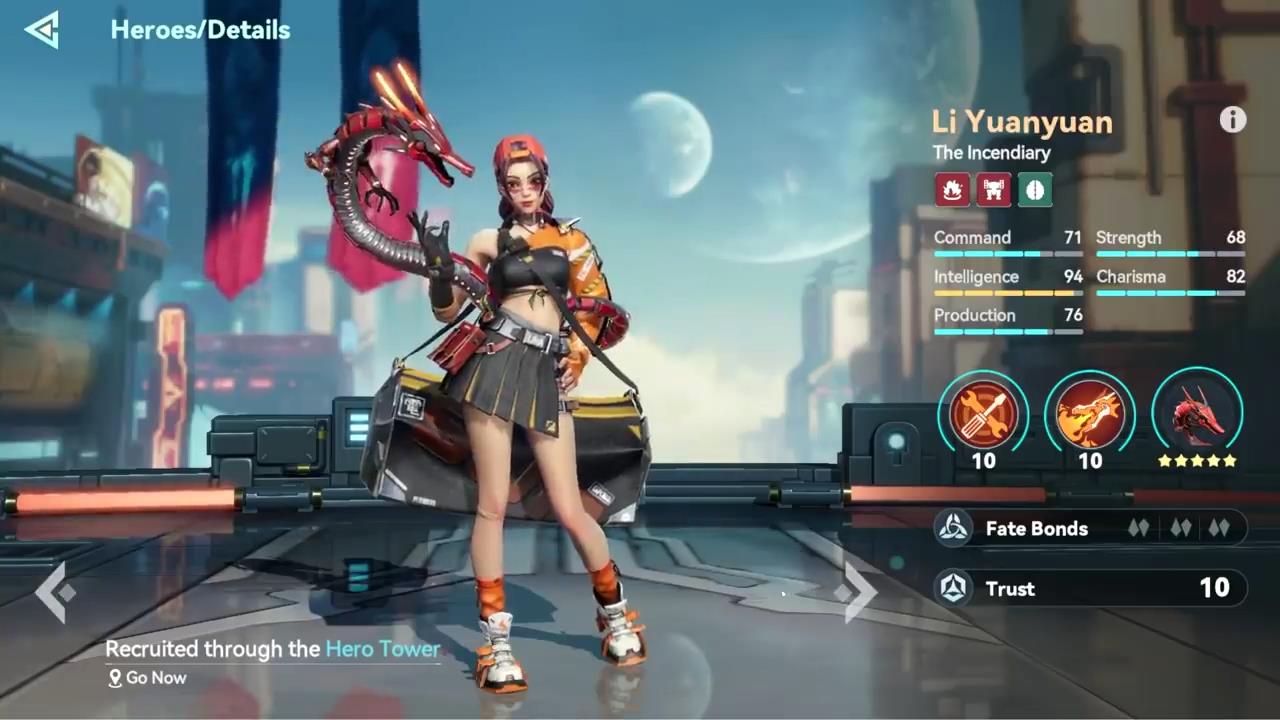 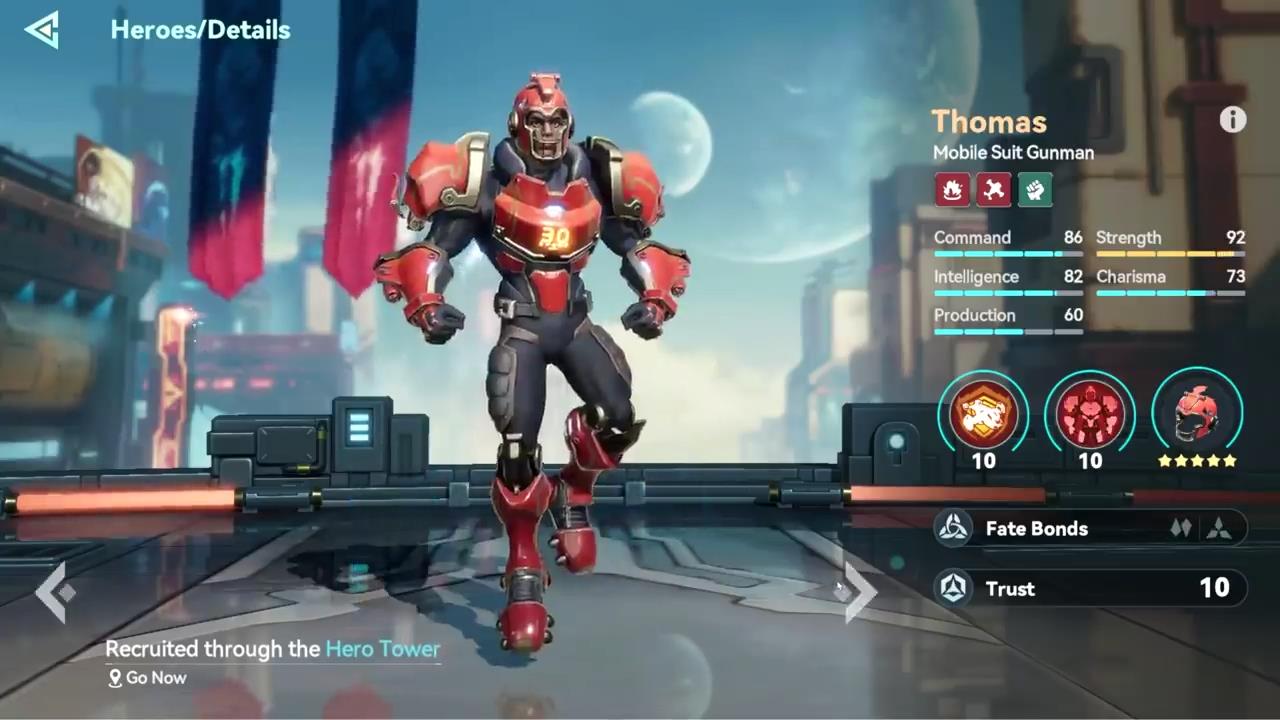 Not only “Kata Age”, such details exist in all Lilith games. For example, the trend and musical elements in “The Enlightened One” are based on trends and music, which not only conforms to the mainstream aesthetics, but also differentiates the characters. 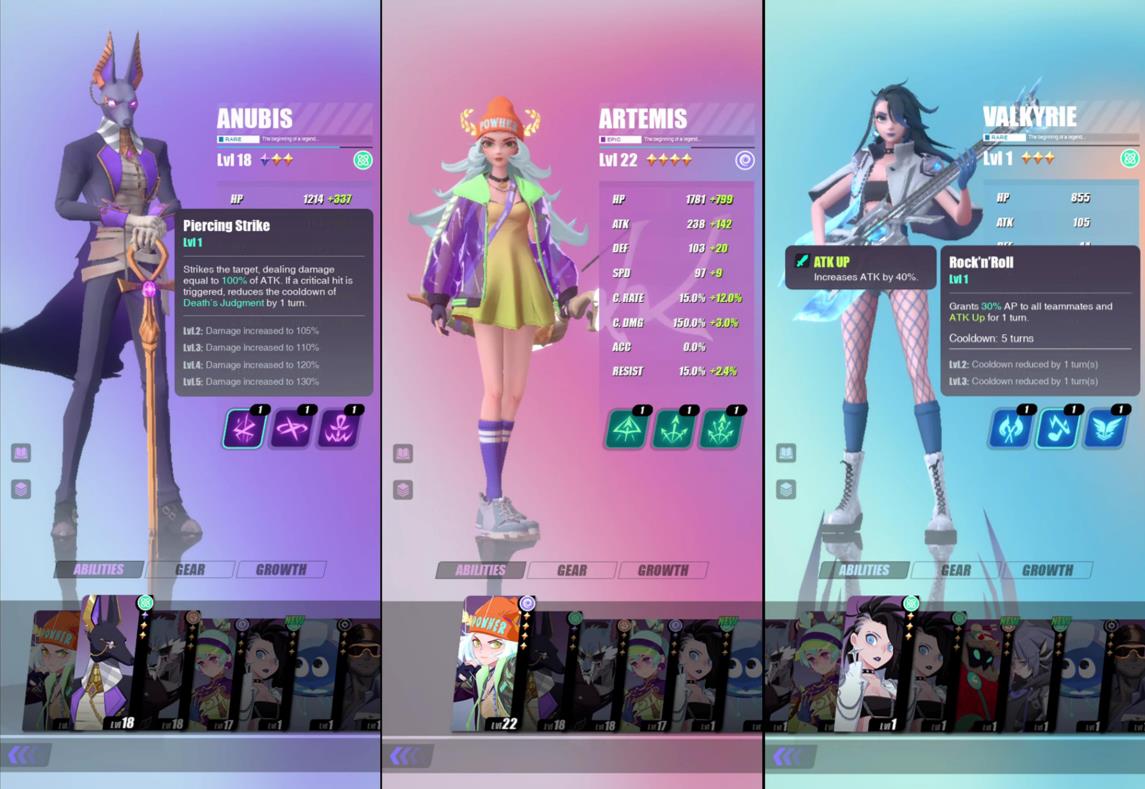 In “Afterglow”, whether it is a highly international category such as FPS or its cartoon + wasteland theme, it is obvious that it intends to cater to the taste of the public. 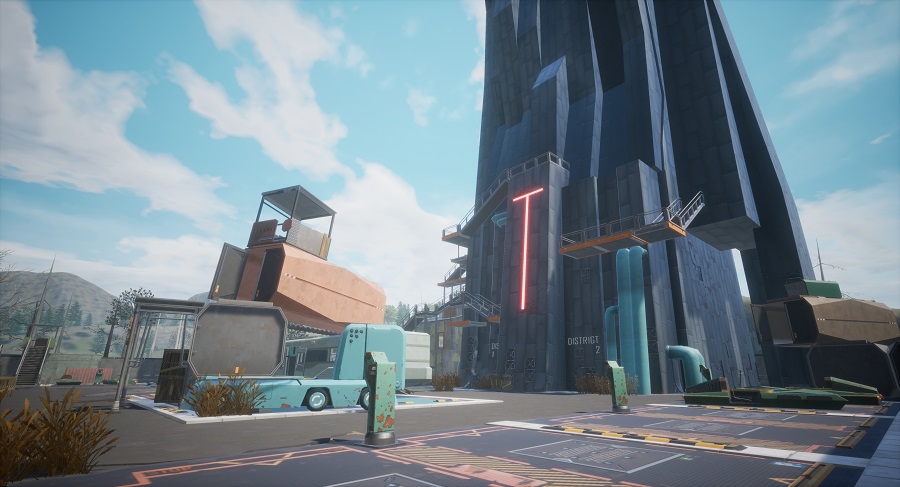 Harmony but not the same, seeking common ground while reserving differences, are also fully reflected through these detailed designs, so that Lilith’s games can be paid attention to and even loved by players in Europe, America and Asia.

Behind a new product, GameLook can gradually see Lilith’s global product line. Under the wave of globalization, Lilith also uses a game to go global.