With a score of 9.8, this pixel is not that pixel. Is this two-dimensional action mobile game popular?

GameLook report/The author has a friend who works in a game company. Every day he has a heated discussion with the company’s full-time painter about the beautiful painting of the game, and he also follows many first-line illustrators he admires on social platforms. . In his view, artistic power is the nirvana for mobile games to break through.

However, at the same time, he also likes to use GBA emulator to play classic pixel games on his mobile phone. His explanation is not feelings, but “games are fun in the final analysis.” Although these pixel games are not good, they represent Excellent gameplay that can stand the test of time.

In fact, there are many “two-faced” like him, which is why the pixel game is still prosperous while the player’s eyeballs are spoiled by more and more refined modeling and vertical graphics. Of course, there are also many pixel games that retain the modern aesthetics as a selling point for “capturing” two-dimensional players, satisfying the different demands of the pixel party and the vertical painting party at one time.

Before the National Day holiday, a game called “Ring of Fire” quietly released its first game PV on Tap Tap. This creatively combining the two-dimensional painting and pixel style scenes has also become a “two-faced” game. One of the most anticipated new products in the near future. As of press time, this game has received more than 210,000 appointments on Tap Tap, and the score is as high as 9.8 points, ranking sixth in the appointment list.

This also makes people not curious. With just a PV, how can the “Ring of Fire” from the start-up team get such high evaluations and expectations from the players?

It’s a pixel game, but not exactly

The popularity of the two-dimensional game in recent years has also spawned a kind of industry chaos. Some start-up teams only rely on a conceptual PV to try to attract players’ attention and make appointments, and use this as a basis for continuing to ask for money from investors. As a result, the market is particularly cautious about products that only have a concept PV, and players often dare not expect too much from such products until they know the specific gameplay.

In contrast, the “Ring of Fire” development team is much more pragmatic. The first PV skips the concept stage and directly shows the core gameplay and graphics of the game, so that players can truly feel the quality and creativity of this game.

The most impressive thing in PV is naturally the constantly changing pixel-style battle scenes. Strictly speaking, it should be called “Voxel Wind”. Voxels, that is, volume pixels, can be simply understood as 3D pixels. Because voxels have spatial characteristics, 3D scenes closer to the real world can be created visually, and “Minecraft” is one of the best. 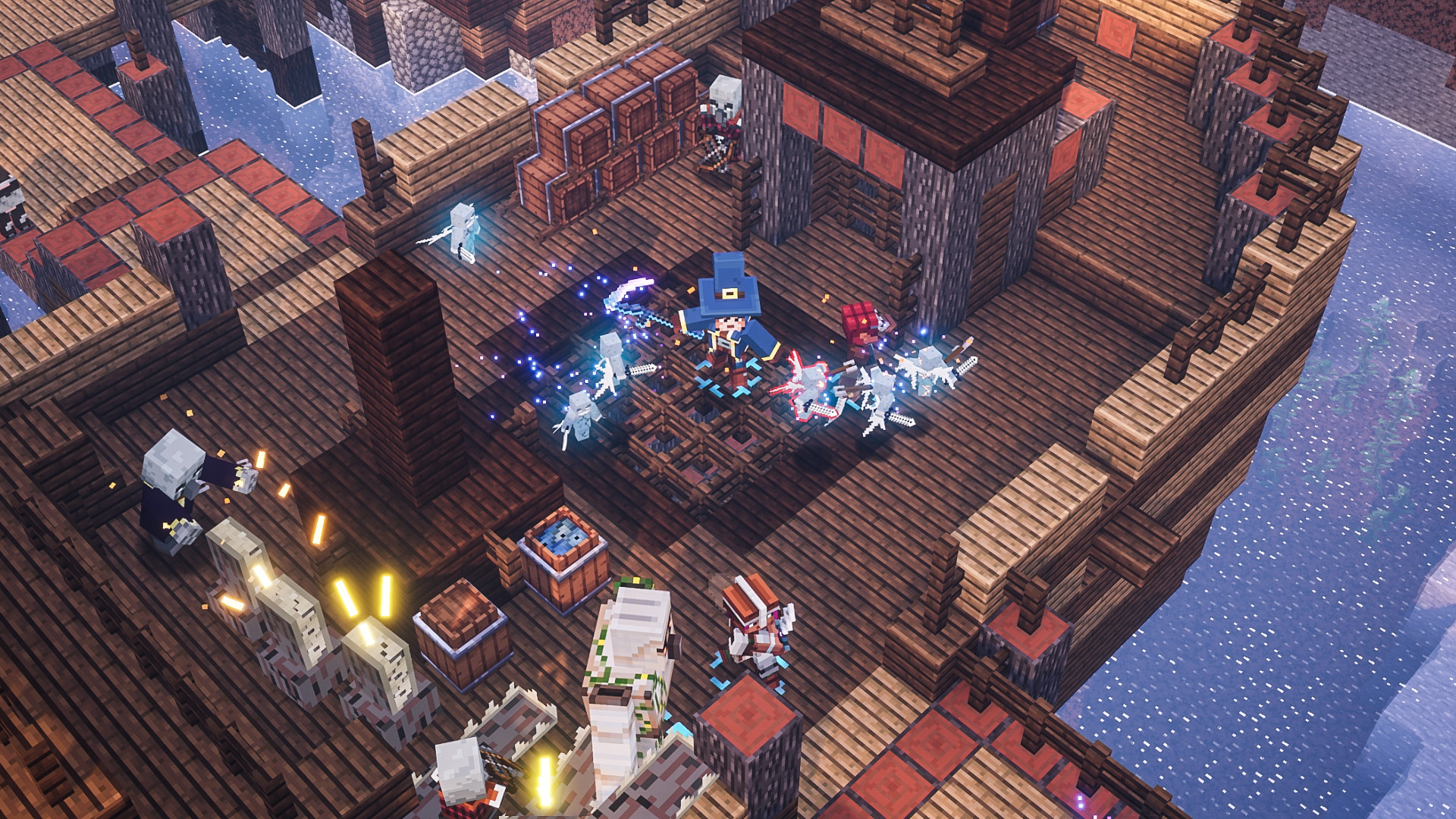 Although the voxel style is adopted, the art quality of “Ring of Fire” does not make players feel cheap. For example, the following archaic architectural scene, whether it is the structural details of the base of the lampstand or the carved wood carvings of the stair handrails, fully restores the beauty of the carved beams and paintings of the ancient buildings, giving people enough reason to believe that the pixel-style scene design is not Because of insufficient funds or perfunctory research and development, it is a unique and creative arrangement. 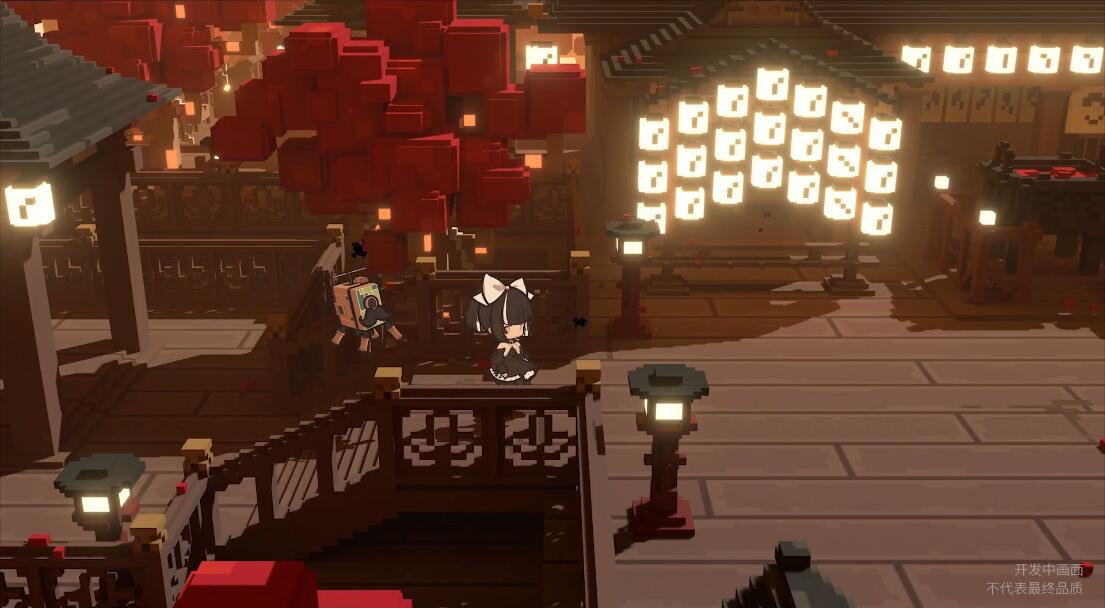 The source of this creativity is precisely because the characters in the game adopt the two-headed two-dimensional art style, which also makes these “paper men” and the pixel-style battle scenes very harmonious. If you use 3D realistic scenes to create, On the contrary, the character image is not only not clear enough visually, but also slightly thin. 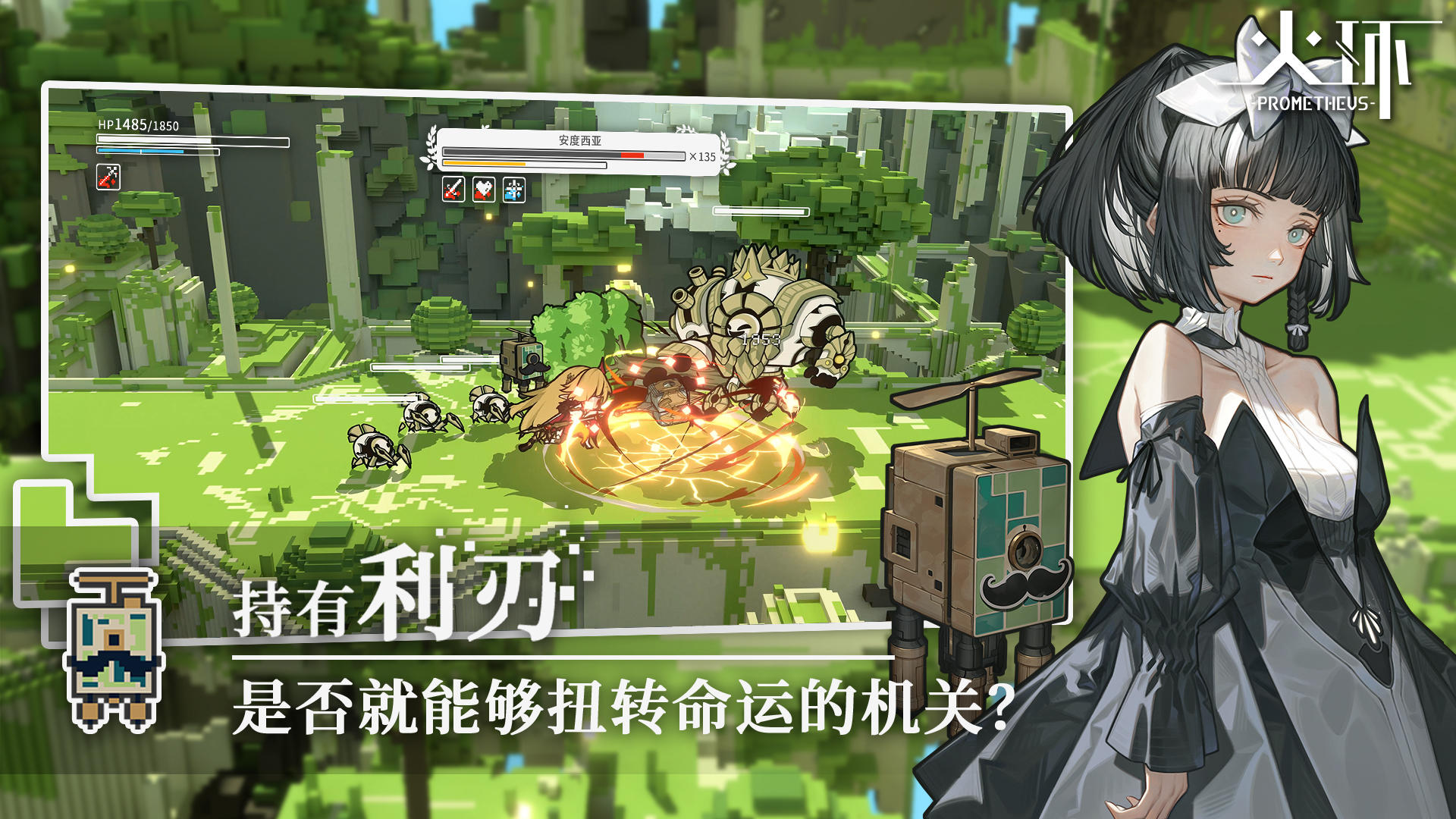 This unique art combination has also gained the recognition of the players. Whether it is a two-headed character with clear lines and a cute image, a pixel-style battle scene, or a bright and bright overall rendering, it has become the player’s give The important reason for the five-star praise.

At the same time, a large number of character paintings and original paintings that use high-grade gray, the overall tone is elegant and generous, and the details of clothing folds are meticulously portrayed, and the artistic power of “Ring of Fire” has been raised to a new level. Some players even bluntly said “this The painting style is really beautiful, and I fell in love with it at first sight!” 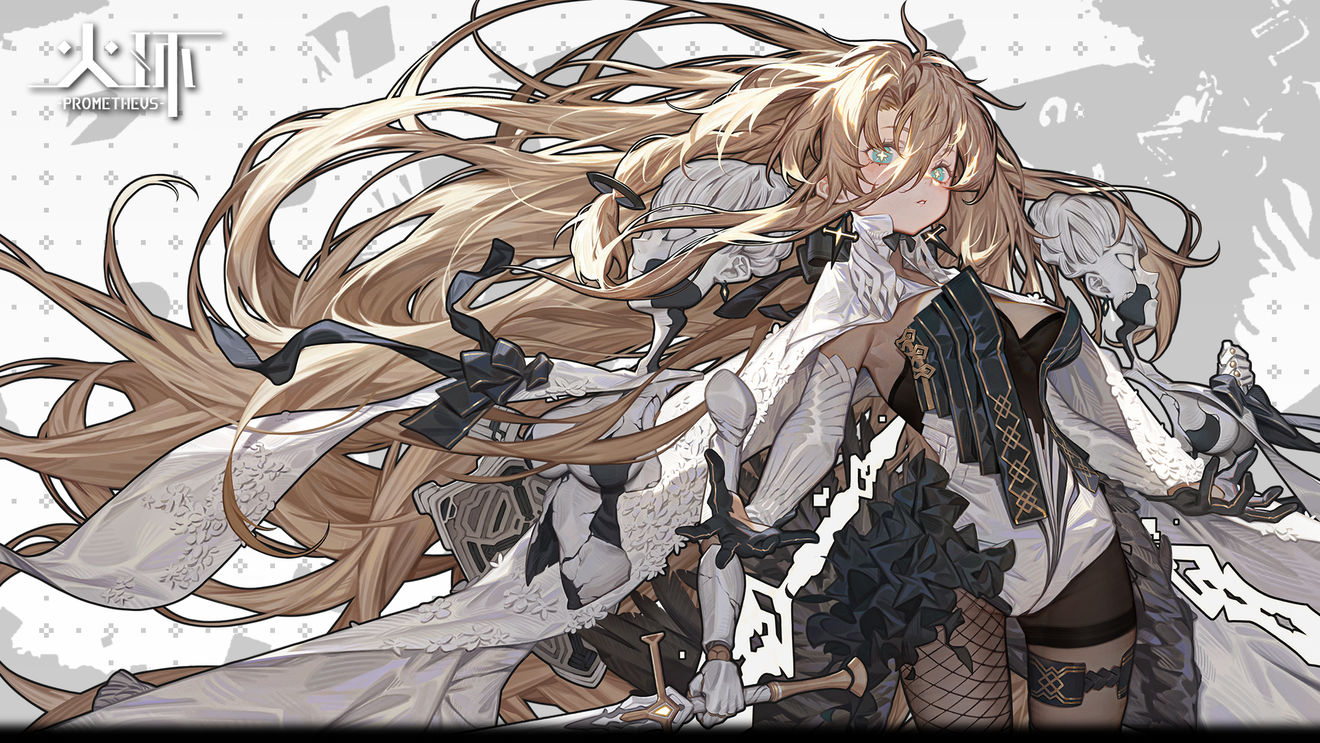 Generally speaking, this is a pixel game, but it is not completely the new product of the second element. It has both innovative and hard power in the art performance, which also provides a new idea for the increasingly involved second element game competition.

Good-looking and fun, the Renaissance of horizontal action

However, if the voxel style is chosen only because of artistic creativity, the development team will undoubtedly face huge risks. After all, there are too many jewels in the pixel wind game. If you can’t perform well in the gameplay, it will inevitably become the background board of the gods in the horizontal comparison of the players.

Fortunately, the gameplay of “Ring of Fire” avoids relatively lightweight gameplay such as card and placement, but chooses the classic gameplay that is commonly used in many pixel-style masterpieces-horizontal action.

From the perspective of PV, “Ring of Fire” adopts the hardcore action gameplay of real-time combat. Players need to fly up and down in a fixed scene to kill the constantly emerging monsters. Gorgeous combat special effects and the number of beating on the screen when the fierce battle is in full swing also naturally reminds people of the former national game DNF. A senior DNF player even said “Do you understand the gold content of Beng 2+DNF 10 old players” To express the extreme expectations of “Ring of Fire”.

The horizontal action gameplay not only brings a refreshing game experience to players, but also fits the world view setting of Ring of Fire, just like the voxelized scene style. 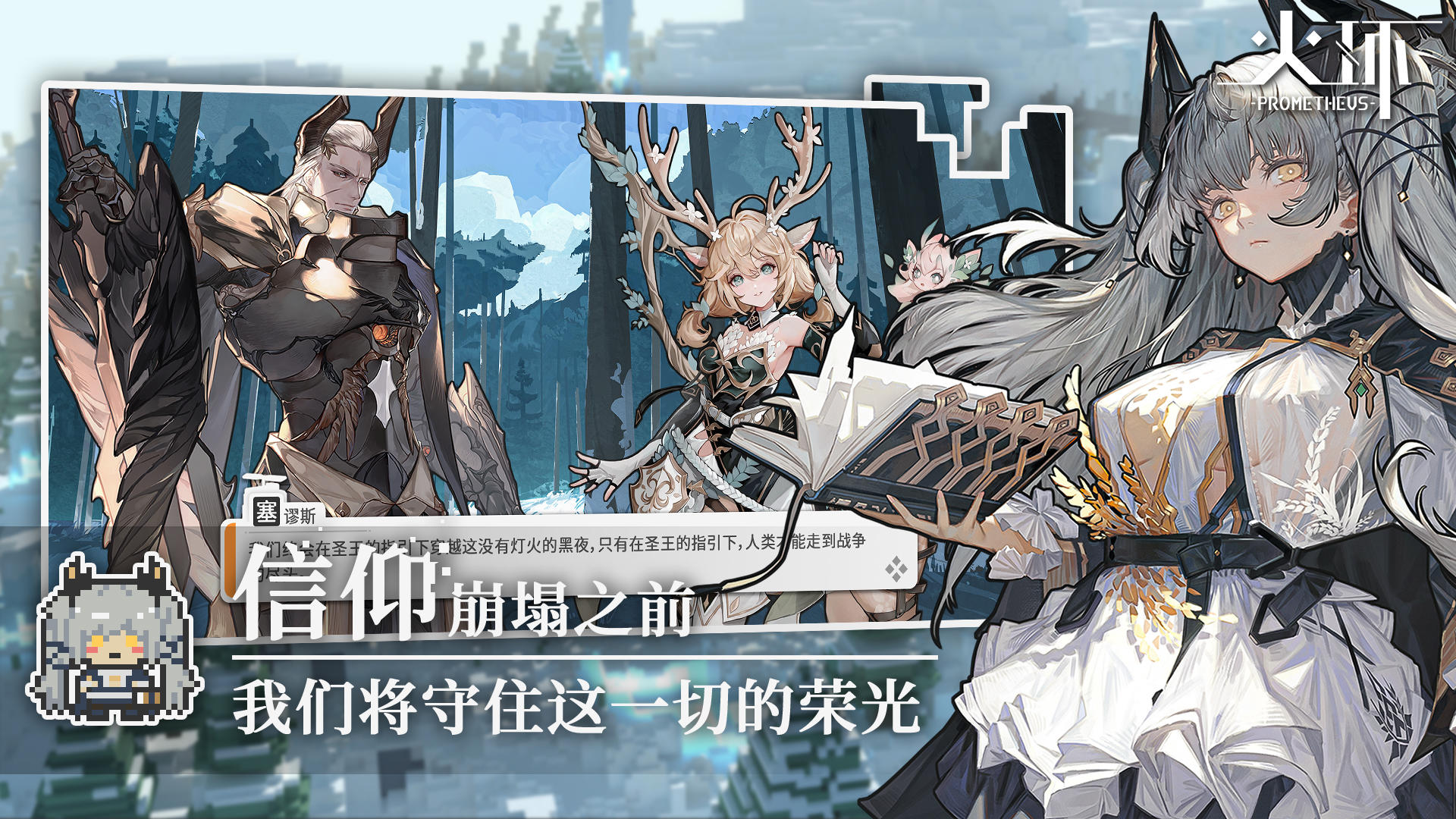 In the official limited explanation, it is mentioned that “Ring of Fire” is a world with the theme of “light” and “shadow”. The game plot mainly depicts the story of countless humans passing the fire of hope in a world eroded by shadows. , Trying to convey the rise and fall of civilization. The development team expressed profoundly, “This will become a story of mankind, but it is not a story of becoming a hero.” 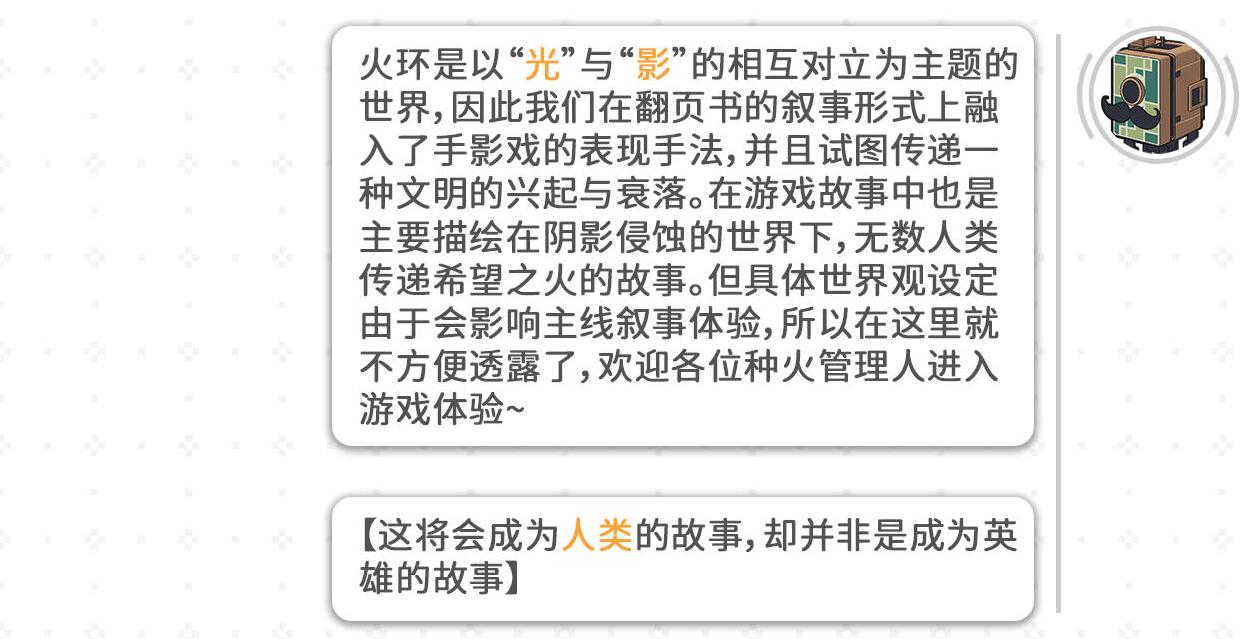 The theme of “light and shadow” makes the voxel style, heavy atmosphere and light realism more in line with the scene shaping the game itself wants to achieve, while the visual gap between the “small protagonist” and “huge monster” in the horizontal action gameplay is It is more suitable for the shaping of the story of “human beings rather than heroes”. The player’s flickering in the battle also represents the struggle and resistance of human beings against external intrusions.

The worldview, art style, and gameplay, the three parts that were originally independent, have achieved mutual integration and mutual achievement in the world of “Ring of Fire”. Therefore, it is not surprising that the good-looking and fun “Ring of Fire” can be highly praised by players. The “Renaissance” of 2D horizontal action games with the theme of the second dimension has further raised the market’s expectations for this “clear stream”. So a more realistic question naturally arises-when can players play this game?

Are you afraid of being late for a good meal?Don’t worry, recruit the cook first

Just when the players were eagerly looking forward to the game’s first test, after the National Day holiday, a recruitment notice from the development team indirectly declared that the ideal “Ring of Fire” in the players’ minds would be difficult to meet with everyone in the short term.

Judging from the content of the recruitment notice, this start-up game team named Shanghai Yueyin Network is currently looking for talents in many important positions such as main copywriting, copywriting planning, testing engineers, and character original paintings. For the debut of “Ring of Fire”, if you want to build an excellent action game with both uniqueness and artistry, you need more like-minded partners to join. 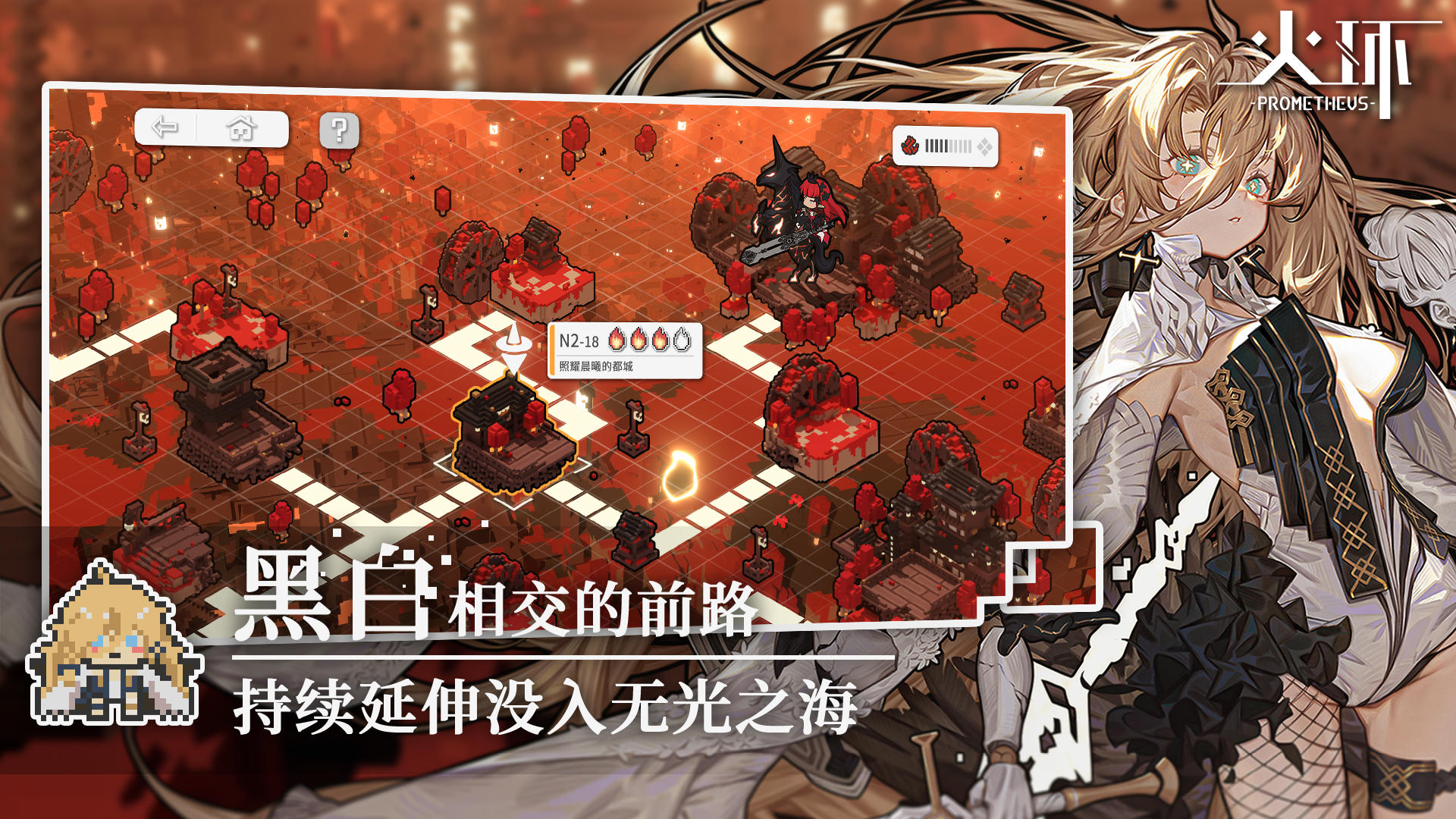 However, in another player Q&A for PV content, the development team still brought enough exciting news to players-the team is currently actively preparing for a test and will meet with players within this year. Considering that there are only two and a half months left this year, the wait for players does not seem to be long.

However, after acknowledging the small size of the team many times, players have also had a lot of concerns about the quality of the game, especially the diversity of gameplay and the richness of scene interaction. In this regard, the development team also said that the current development version has realized the design of interactive destruction, obstacles, organs, traps and other elements in the battle, and even non-combat interaction will be the focus of the design. 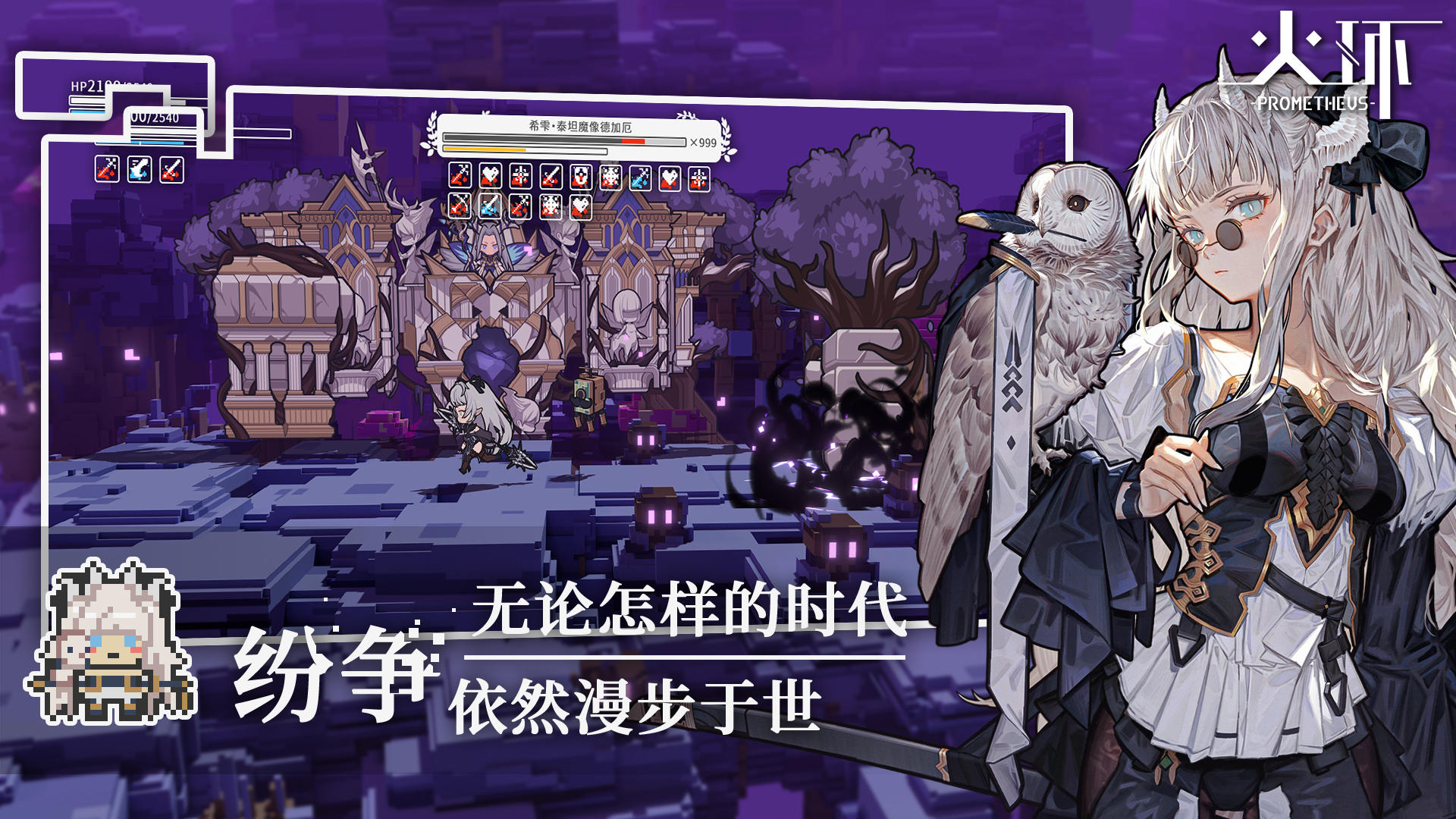 In addition, the development team also stated that the game will adopt an in-app purchase system instead of a buyout system. However, there is currently no plan to produce PVP and online content. This also means that players do not need to worry about cheating due to the strength of the PVP role in the future. Case. 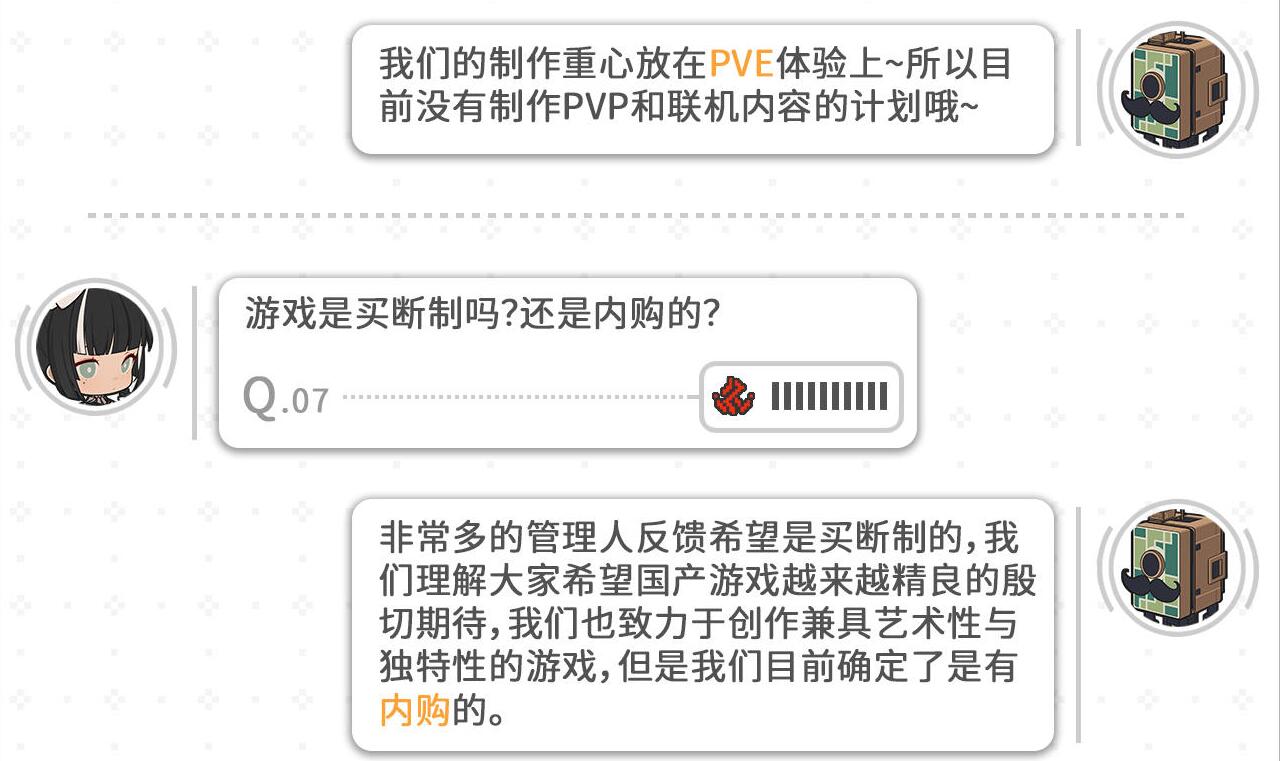 Combining PV content and player Q&A, the main settings, art style and game mechanics of Ring of Fire have been clearly presented to players. Such a frank start-up team is really rare. For hard-core two-dimensional players who like horizontal action games, the next thing is to wait for the “Ring of Fire” team, which is accommodating celebrity chefs, to serve this fragrant dinner. For the game industry, especially the start-up team, the creative “Ring of Fire” in the future market performance may also provide an important reference for the development of more innovative games.