With this you not only get the N64 and Mega Drive games, but also the upcoming DLC ​​for Animal Crossing, which otherwise costs 25 euros. With this you have almost received the surcharge of the new subscription.

Because that doubles your subscription costs. An individual membership for 12 months costs 39.99 euros, previously 19.99 euros was sufficient. The family membership also doubles to 69.99 euros per year.

So much fun for double the money

For this you get, as already communicated, the N64 and Mega-Drive games. Nine games from the N64 era are available from the start, as well as a total of 14 games from the Sega Mega Drive. You can read exactly what those are here. More will follow in the future.

It was a bit of a surprise that the Animal Crossing DLC ​​is included. It’s unclear if Nintendo will add more such bonuses in the future. It would certainly be an asset to the more expensive plan. 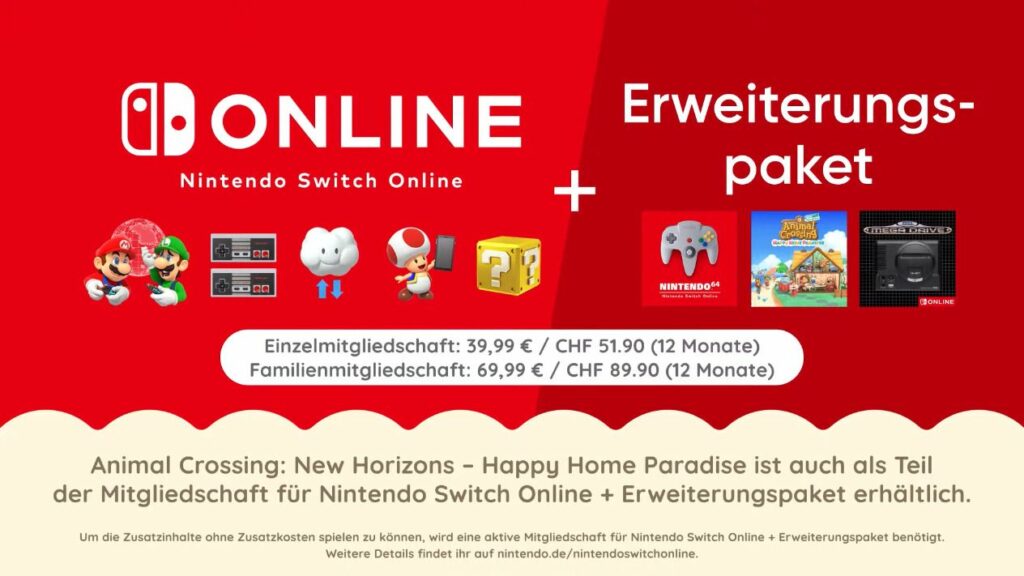 Fortnite Waiting in Queue: Fortnite Chapter 3 Servers Down with Problems