If you can’t wait for the release of Sora Smash Bros DLC, the good news is that you don’t have to wait long.

The release dates for the Sora Smash Bros DLC have been confirmed, but the exact launch times have not.

However, based on previous releases, here’s the expected release time for the Smash Smash Bros content…

Sora will be added to Smash Bros as part of update 13.0.0, with this new patch also bringing new Mii fighters.

If you use the GAMENEXTDAY code you can get £5 off Metroid Dread at Currys PC World. To get the discount, add Metroid Dread to your basket – but instead of opting for next day delivery, or a specific slot for your package to arrive, opt for free delivery instead. Then enter the GAMENEXTDAY code in the payments section. It means your package will arrive in three to five business days, but you’ll save a fiver on the cost of the Nintendo Switch exclusive.

If you want to pre-order next year’s massive Pokemon exclusively for Nintendo Switch, you can do so now and save big too. ShopTo offers a savings of £10 when you pre-order Pokemon Legends Arceus. The price of the long-awaited JRPG has been reduced from € 49.99 to € 39.85.

Pokemon Legends Arceus isn’t the only pocket monster game that ShopTo offers a savings on. ShopTo is also offering a £10 discount on pre-orders for both Pokemon Brilliant Diamond and Pokemon Shining Pearl. Pre-orders for both games cost £39.85.

If you’re looking for the Nintendo Switch OLED console, GAME has a range of great options. You can buy the new Switch on its own for £309.99 or choose from a range of bundles. Two bundles cost £319.99 – just £10 more than the console alone. These bundles include Pikmin 3 Deluxe or Paper Mario: The Origami King. Bundles priced at £349.99 include Metroid Dread, Mario Kart 8 Deluxe, Animal Crossing New Horizons or Super Mario 3D World + Bowser’s Fury.

Alternatively, if you’re happy with picking the older Switch model, the non-OLED version can be picked up for £259 from Currys PC World. This lower price for the older Switch is thanks to a £20 price cut that recently came into effect across the board.

Octoling and Judd from Splatoon will be added to Smash Bros as Mii fighters, as will Doom Slayer from Doom.

Prior to the release of the next Smash Bros update, fans are advised to backup any replays.

Leading up to the 13.0.0 release, the Nintendo Versus Twitter account posted: “Ver. 13.0.0 of Super #SmashBrosUltimate arrives on 10/18! Your replay data from previous versions may be incompatible. Convert your replays to Vault – > Replays -> Replay data -> Convert to video, before update.”

Patch notes are yet to be released for the upcoming update, but the download will likely bring gameplay balance adjustments and possibly some bug fixes. 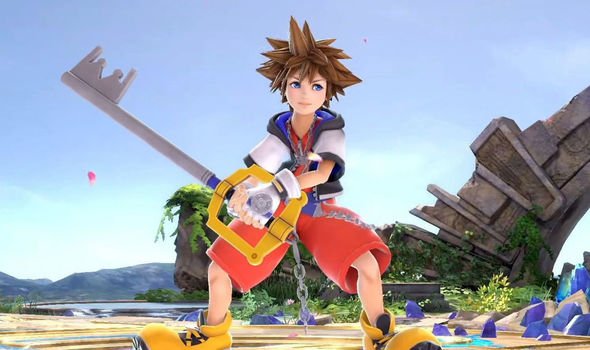 After update 13.0.0 has been launched, there will be no further DLC content for Super Smash Bros Ultimate.

So far, 11 DLC characters have been added to the popular Nintendo Switch game, which were included in Fighters Pass 1 and 2.