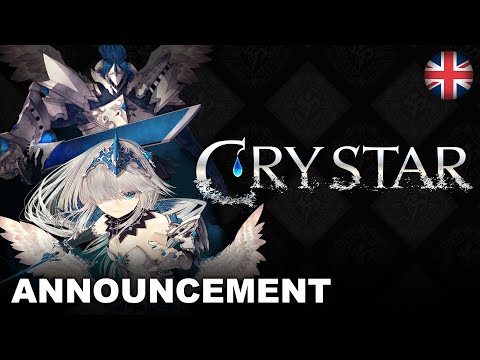 NIS America Announces The Action RPG crystar also for switch. The release period is planned for summer 2022 and a trailer can already be seen.

Overwhelmed with grief and despair, Rei is approached by demons who offer her a sinister contract: she must serve as her executioner, and in return is given the opportunity to revive her sister. Rei teams up with a group of executioners, including Kokoro, Sen, and Nanana, each with unique abilities. Together they investigate what lies behind the shattered souls in purgatory. Ultimately, Rei must wrestle with the demons around and within herself as she desperately searches for a way to save her sister and return home with her.

crystar takes place in a dark world where lost souls live and tears give certain powers. There are a number of unique characters available, whose power can be used to challenge insane hordes of Specters and Revenants. In battle, tears must be replenished so that powerful guards can be summoned with them. When the pain of vanquished enemies leads to despair, tears and grief can lead to catharsis new strength can be drawn from grief, enhancing attacks and armor.

crystar thanks to the four playable characters allows the unique structure and development of each of these characters.

The main playable characters are:

Each character, playable or not, contributes to the enigmatic story of crystar Bee.

crystar has been available for PS4 in Germany since August 30, 2019.

Halo Infinite Campaign release date and time: When does Halo Campaign come out on Xbox?

MAG 2021 showed how community events can be successful despite Corona