GameLook reports/There is no doubt that the protagonist of the game circle in October is e-sports.

On the evening of October 17th, Beijing time, TI10, the highest level of DOTA 2 e-sports event, came to an end. After 5 fierce battles, PSG.LGD defeated Team Spirit by a score of 2:3 and missed the Immortal Shield. 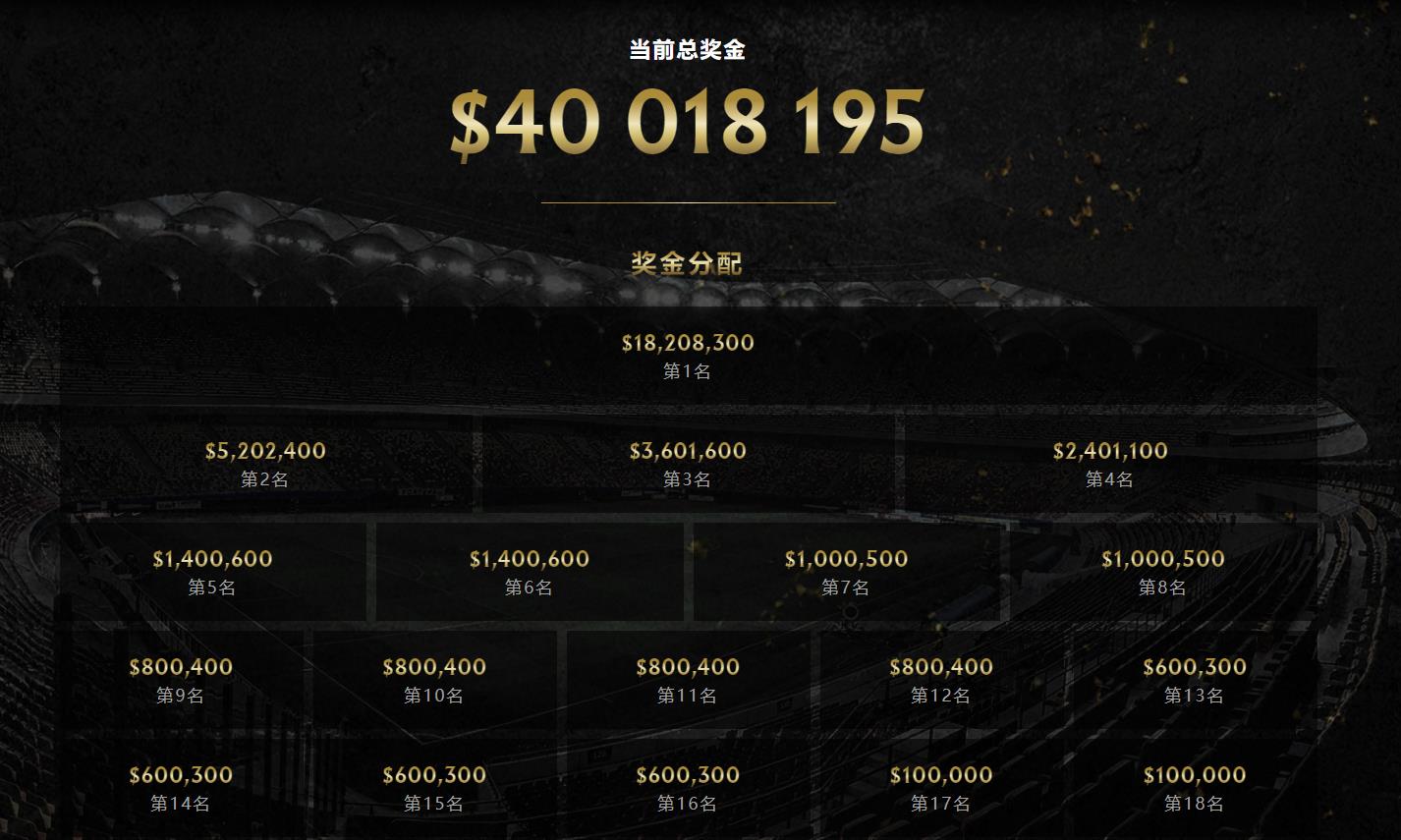 Ten years should be TI’s big year, but TI’s tenth year is not easy.

In May of last year, TI10 Warriors Order (small book) went on sale as scheduled. With brand new accessories and new props, with the enthusiasm of players around the world, TI10’s prize pool soon lived up to expectations and reached a new high. The final price was set at $40,018,195. 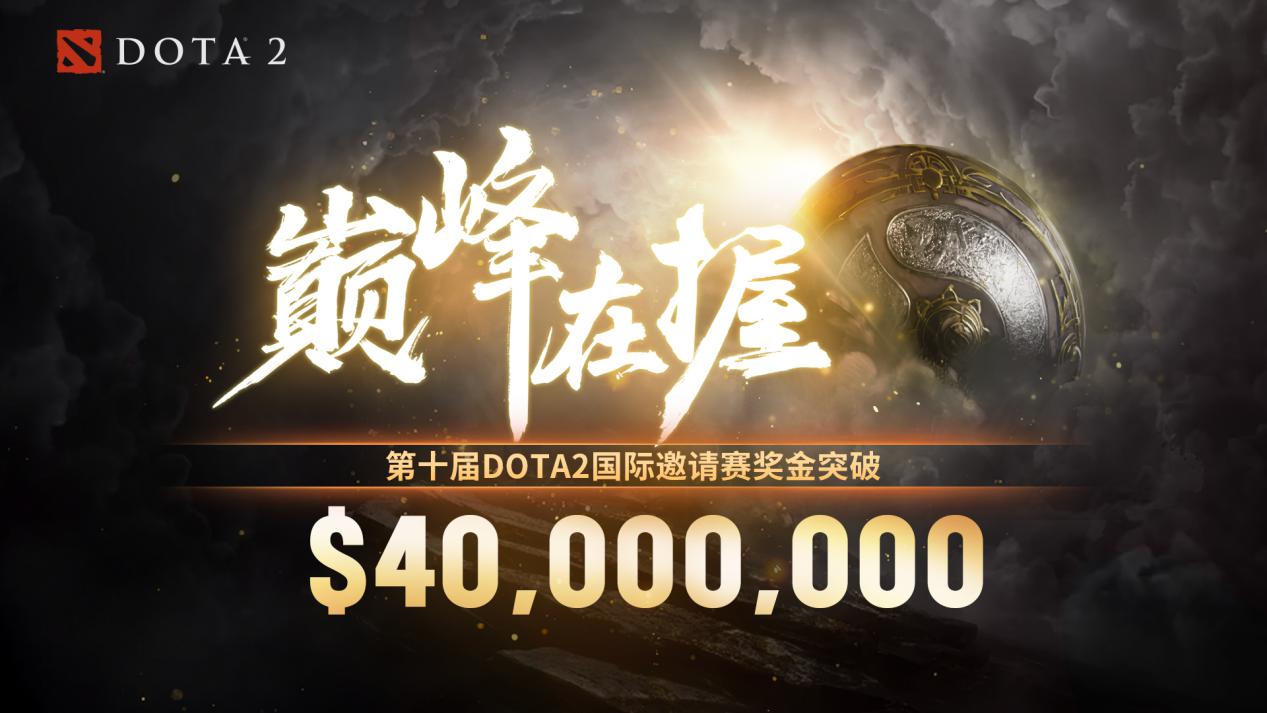 But after the new number of TI10 prize pool, players and fans could not wait for the exact news of TI10.

Due to the raging epidemic, all walks of life press the pause button in mid-2020, and e-sports is no exception. However, compared with other sports competitions, e-sports does not have too much physical contact, so that it can be carried out in other ways. Many e-sports events have also been reopened through online competitions, except There is no TI10.

On September 4, 2020, the official V agency announced the postponement of TI10. The official wrote in the blog that the most likely result is that TI10 will be held in Stockholm, Sweden in August 2021. According to some industry insiders, in April and May this year, Perfect World suggested to V Agency that TI10 be held in Shanghai. The Shanghai Municipal Government also stated that it would fully support it, but was rejected by V Agency in the end.

After a long wait for nearly a year, DOTA 2 related e-sports events have finally recovered. The finalization of the DPC league has reversed the ecology of professional players and clubs, but TI10 has encountered a new crisis.

On June 22, V News Agency stated that because the Swedish Sports Federation voted not to recognize e-sports as an official sport, TI10, originally scheduled to be held in Stockholm, Sweden, had to change the venue again.

After several twists and turns, in July, the V agency finally finalized that TI10 will be held in Bucharest, Romania. 16 teams from all major competition regions around the world will compete for the immortal shield in Arena Nationala, the largest stadium in the country. The good times didn’t last long. After the club arrived in Romania, many teams including IG and Aster issued a statement saying that some of the team members had tested positive for nucleic acid. As the world’s top e-sports event, epidemic prevention work was simple for a while. Let V agency become the target of Chinese audiences.

Just a week before the start of the game, it was officially announced that due to local epidemic factors, TI10 finally decided to cancel the live watching, and spectators who bought tickets will automatically receive related refunds.

After the start of the game, TI10 encountered new problems. On the first day, mainstream live broadcast platforms such as Douyu and Huya stated that according to V agency regulations, TI10 domestic broadcasts must maintain a 15-minute delay with the client, but domestic netizens found that there was no delay on the foreign Twich platform, which caused strong Dissatisfied, even accused the domestic agent of Perfect World.

Subsequently, Perfect World clarified that it has never and has no right to request a rebroadcast delay request to the live broadcast platform. At the same time, under the pressure of public opinion, V agency finally cancelled the 15-minute delay.

At the same time, DOTA 2 related events have broken the circle several times in recent years. The attention of the events has continued to increase, and the audience has become more and more diversified. The new king is born, LGD misses the immortal shield

“Why not ban the mammoth?” In the TI10 finals, LGD did not ban the Mammoth and gave it to the opponent. Most players also believed that this BP error caused the LGD team’s loss. Therefore, related topics were discussed in the DOTA 2 circle. There is a tendency to go out of the circle.

Obviously, this year’s TI10 is a difficult year for Chinese DOTA players. Unwilling to believe for a long time, at a loss, obsessed with obsession, mixed feelings… and so on emotions are the true situation of most CN DOTA last night, but after staying up late to watch the game, tidying up the emotions and continuing to work on Monday has become the only thing the audience can do . 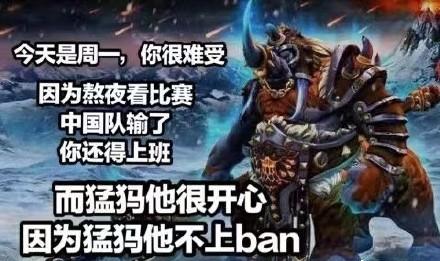 After the end of the TI10 journey, the LGD team and many players in the team issued an apology, saying that they had failed everyone’s expectations and support. 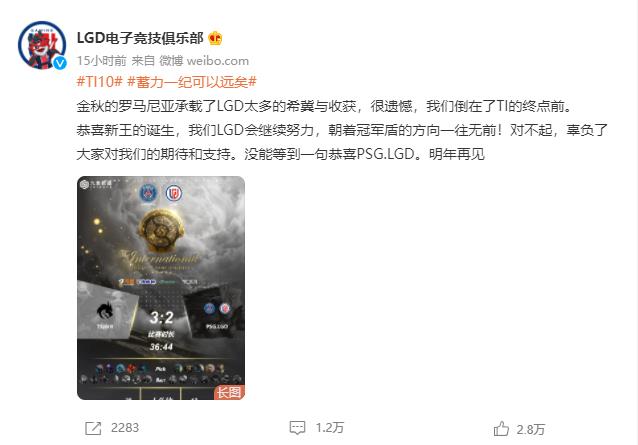 TI has not had a championship for five years. In addition to hoping that CN DOTA can learn from the lesson in the future, and once again attack the Immortal Shield, the players also gave their outstanding opponents in the finals, the Spirit team a thumbs up.

It is understood that Spirit was founded in 2015 and its headquarters is in Moscow. Three of the team members are from Russia and two are from Ukraine. On the eve of the championship, they were just a “second-line team” in everyone’s minds, but their dark horse counterattack history convinced every audience. 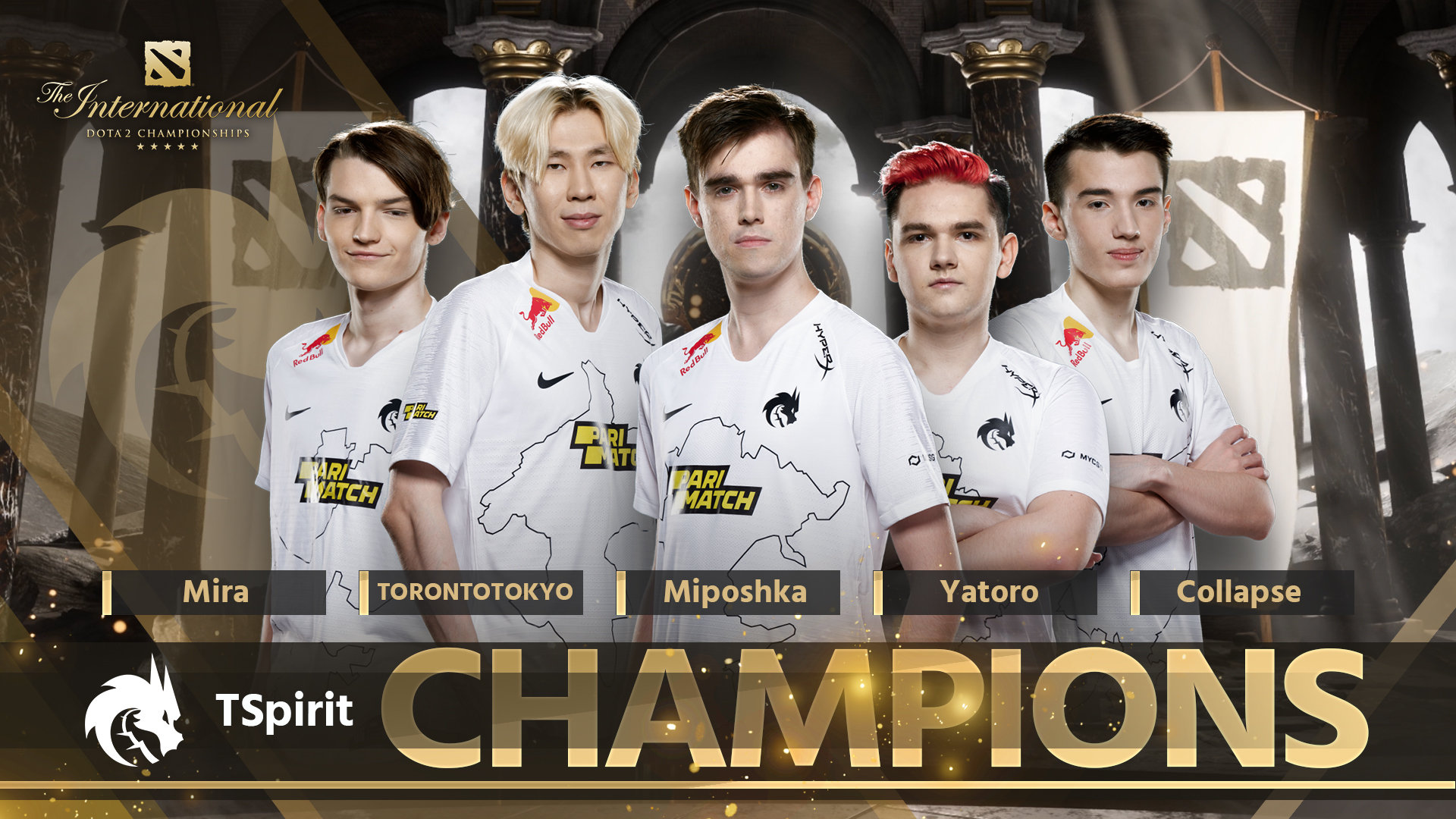 In the group stage, Spirit’s performance was not impressive. In three games 0:2 and five games 2:0, he squeezed into the winner group with a score of 10-6, but lost to IG in the first game and fell into the loser group. middle.

Subsequently, this seldom-concerned team began to explode with great strength, advancing all the way, successively beheading the old team Fnatic, the defending champion OG, VP and revenge IG, from the loser group all the way to the siege, and finally in the finals. Defeated LGD, completed a series of six feats, and got the Immortal Shield. 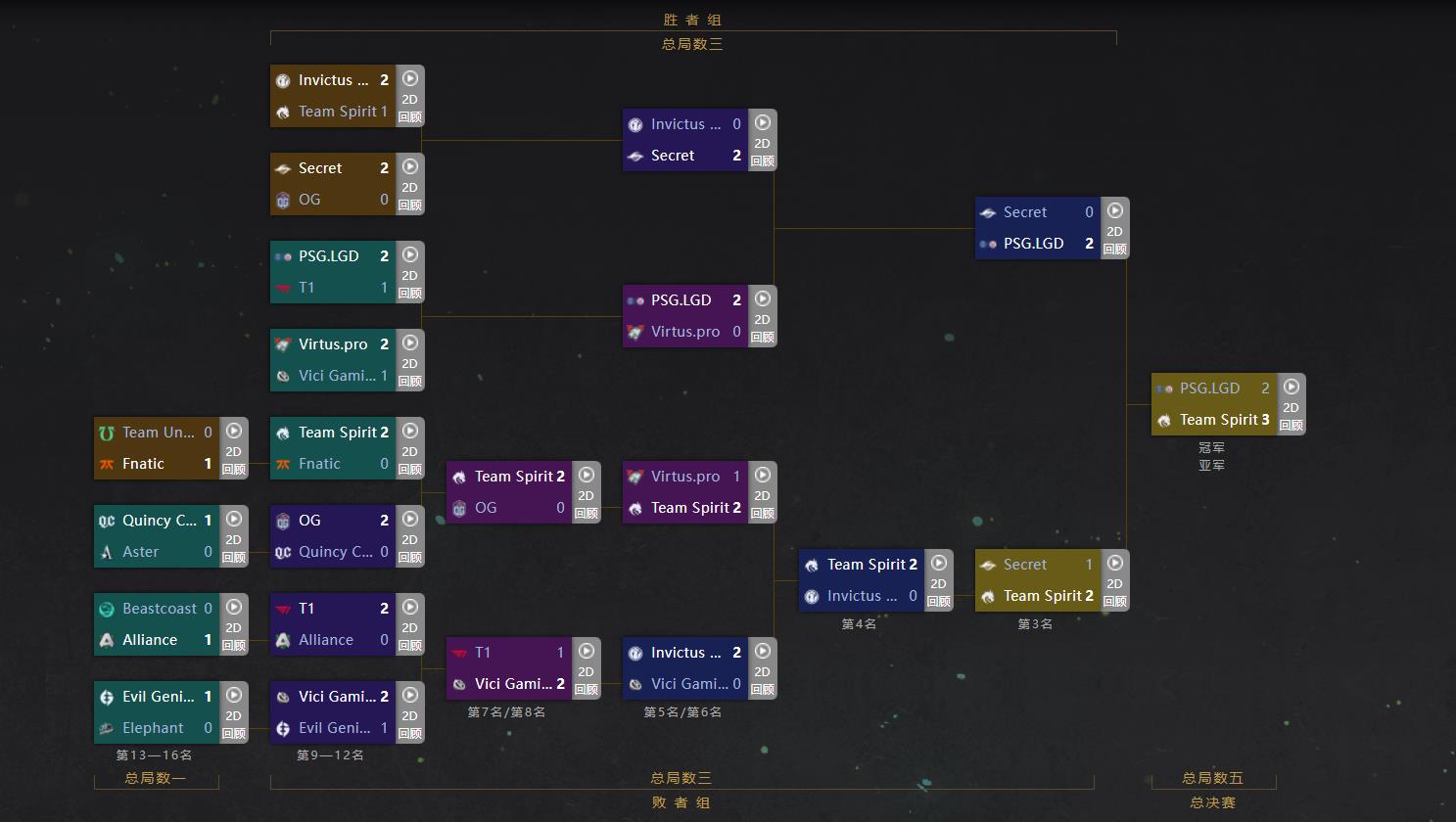 Without familiar faces and strong qualifications, Spirit will become the protagonist of this year’s TI. The five-round battle with LGD in the finals can also be described as wonderful. Spirit’s inspirational story has been recognized by the majority of players. I sigh for it, because many players think that they have seen the shadow of Wings in Spirit.

Whether it is traditional sports or e-sports, the dark horse counterattack is always a topic of interest. This is the charm of e-sports and the reason why every player persists and loves it.

Coincidentally, due to this series of operations of the V agency, this year’s TI10 schedule time collided with the League of Legends S11 global finals.

The TI10 finals ended at the time when the S11 C group match was in full swing. In the barrage of the S11 live broadcast room, there were a lot of words “DOTA refugees come to report” and “Keep heartbroken DOTA players”, two major MOBA gamers. There was a wonderful interaction between “tacitly”, and e-sports became the link among them.

In fact, this kind of “odd second” interaction does not only appear in the live broadcast room. The two top e-sports events are held coincidentally, and jointly push the e-sports boom to the peak.

Neither TI10 nor S11 will be held in China, but the domestic e-sports atmosphere and enthusiasm are not low at all.

For example, you can see the takeaway guy on the street urging you to go back to watch the S11 global finals. 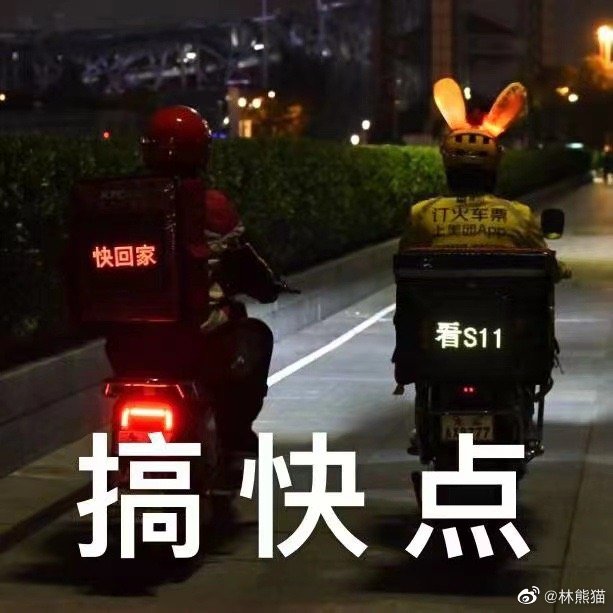 At the same time, the support works related to the event are also very amazing, especially the underwater national style dance of the UP main “Slash Player Ji Shu” successfully went out of the circle, which attracted wide attention. 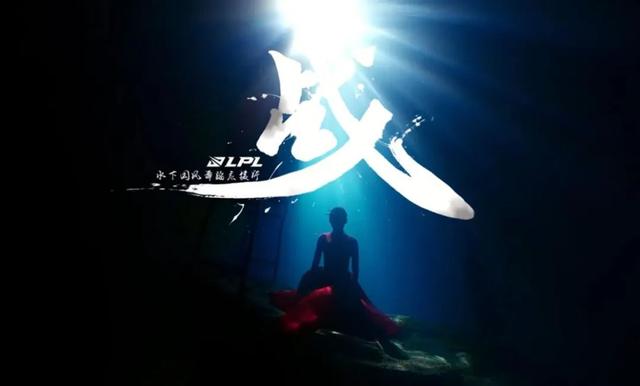 The same is true on the TI10 side. For example, Messi, who just joined Paris, shouted to cheer for the PSG.LGD team. 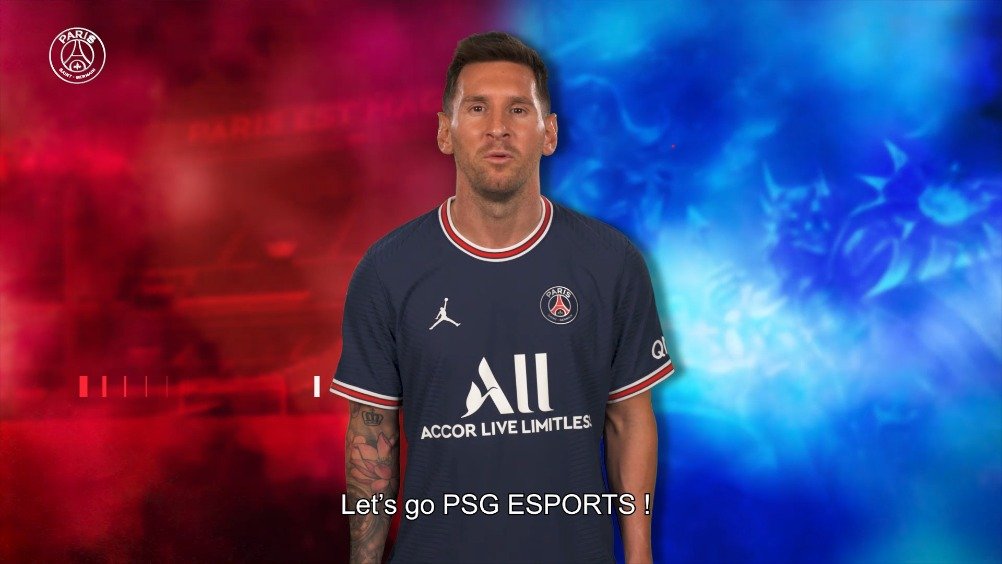 At the same time, the popular virtual idol group A-Soul has also joined the array of support. 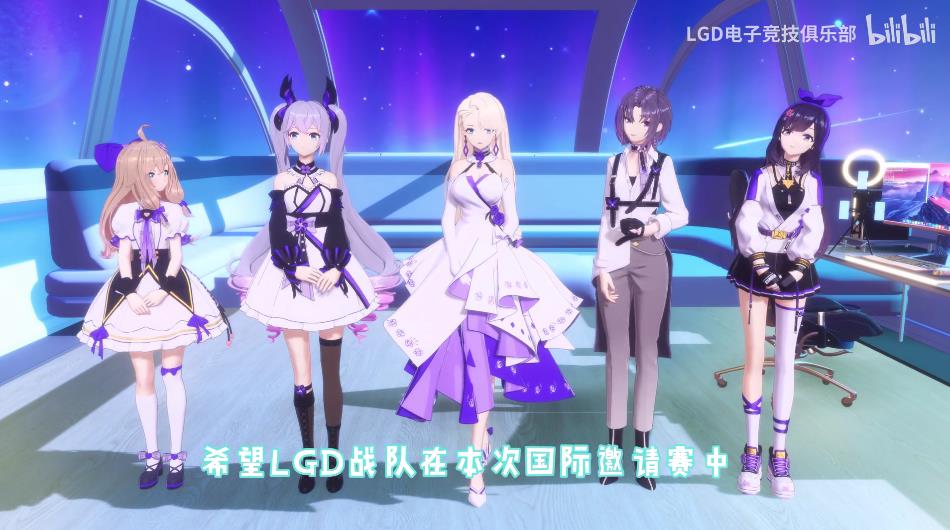 Fancy support and cross-border integration, in addition to the fighting spirit in the arena, the cultural attributes of e-sports outside the arena are gradually showing.

At the same time, driven by the e-sports duo, GameLook can also see the gradual popularity of e-sports, and it is truly becoming an optional lifestyle and a platform for self-expression.

Today, TI10 is over and the S11 global finals are in full swing, but the story of e-sports will never stop, and the possibilities of e-sports are still being written.

There is no doubt that this October is an e-sports carnival.

Battlefield 2042 review – a chaos simulator made less for the purists