The 2021 World VR Industry Conference VR E-sports competition covers 34 provincial administrative regions across the country. It is divided into “Rhythm Space”, “Glory Challenge” and “Racing Masters” three tracks at the same time, and will be held from July to September respectively. The preliminary rounds and semi-finals were held, and the strong teams and outstanding players in the finals were successfully selected. 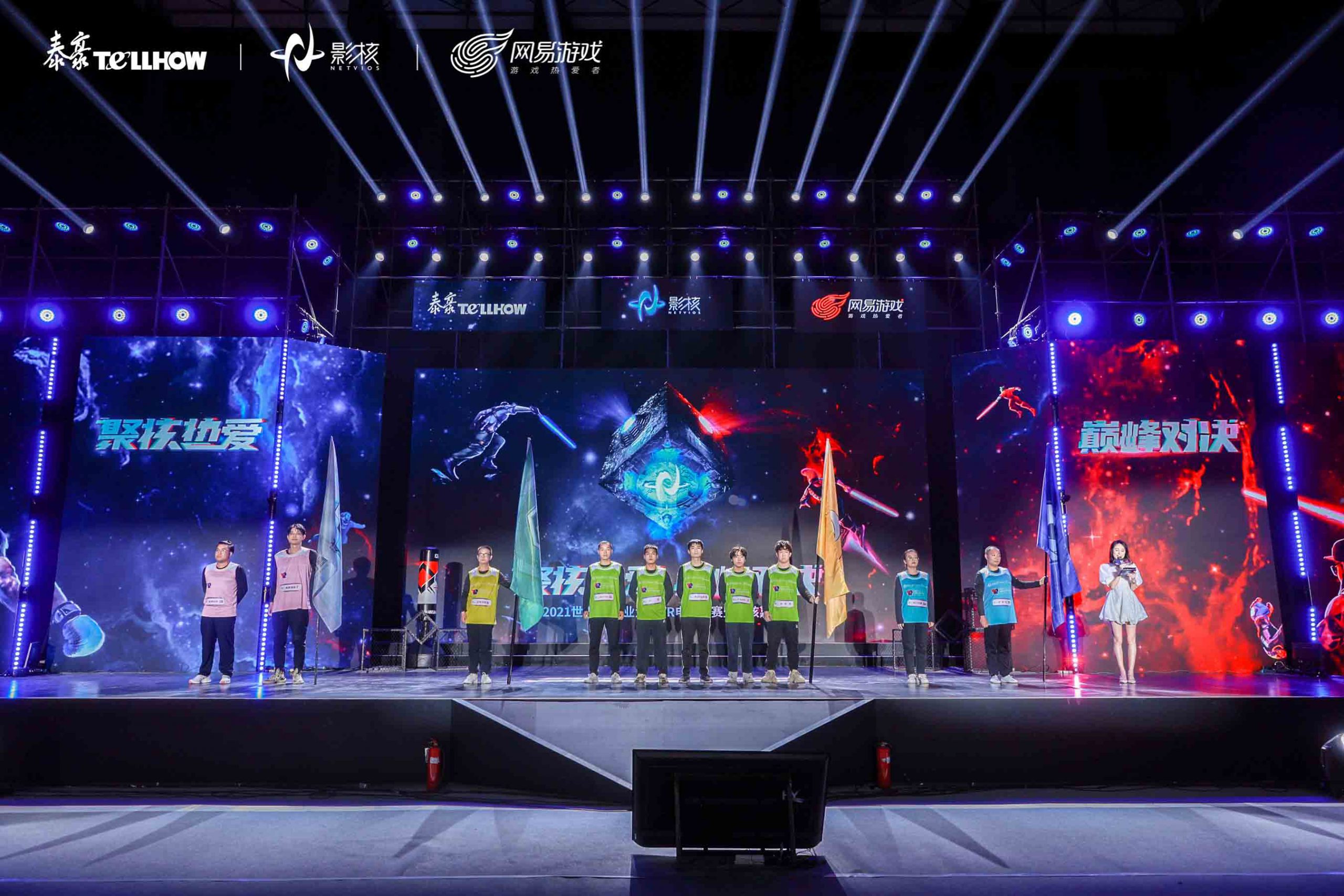 On the “Glory Ring” track, a total of 24 top players from the four major areas of East, West, North and South emerged from the preliminary round, entered the semi-finals with 8 wild card players, and won the VR king of the four major areas in the semi-final stage. In the finals of this event; on the “Racing Master” track, there were also 20 players who successfully advanced to the semi-finals. Among them, the new player from the southern theater, “King Demean”, won the top spot with excellent results and again in the semi-finals. The results of the previous three, together with the remaining 7 peer partners to advance to the finals, left a deep impression on the audience; and on the “Rhythm Space” track, works from ten VR technology gods such as “Viounti” and “zxnxy” It was also exhibited at the same time, allowing audiences across the country to feel the charm of VR e-sports. 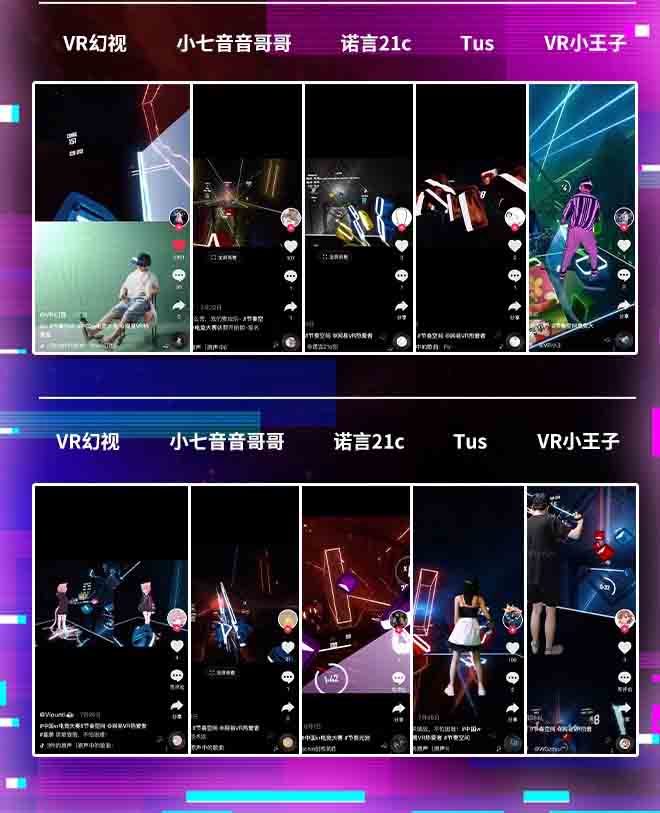 On the stage of the finals, dozens of top VR players who came to the fore after the fierce competition and elimination of the preliminary rounds and semi-finals staged a peak duel with their opponents on the same track and staged a splendid VR e-sports feast. On the “Glory Ring” track, players “Junping”, “King of Demeanor” and “Future Player” won the first, second and third place respectively; on the “Racing Master” track, the player “Junping” won with the perfect performance of five rounds of competition. Won the first place in the total score, once again successfully won the championship trophy, and became the “double crown” on the two tracks. In addition, the players “JE_” and “Truce, Stop Injury” won the second and third places respectively, and joined hands to advance to the top Top three. 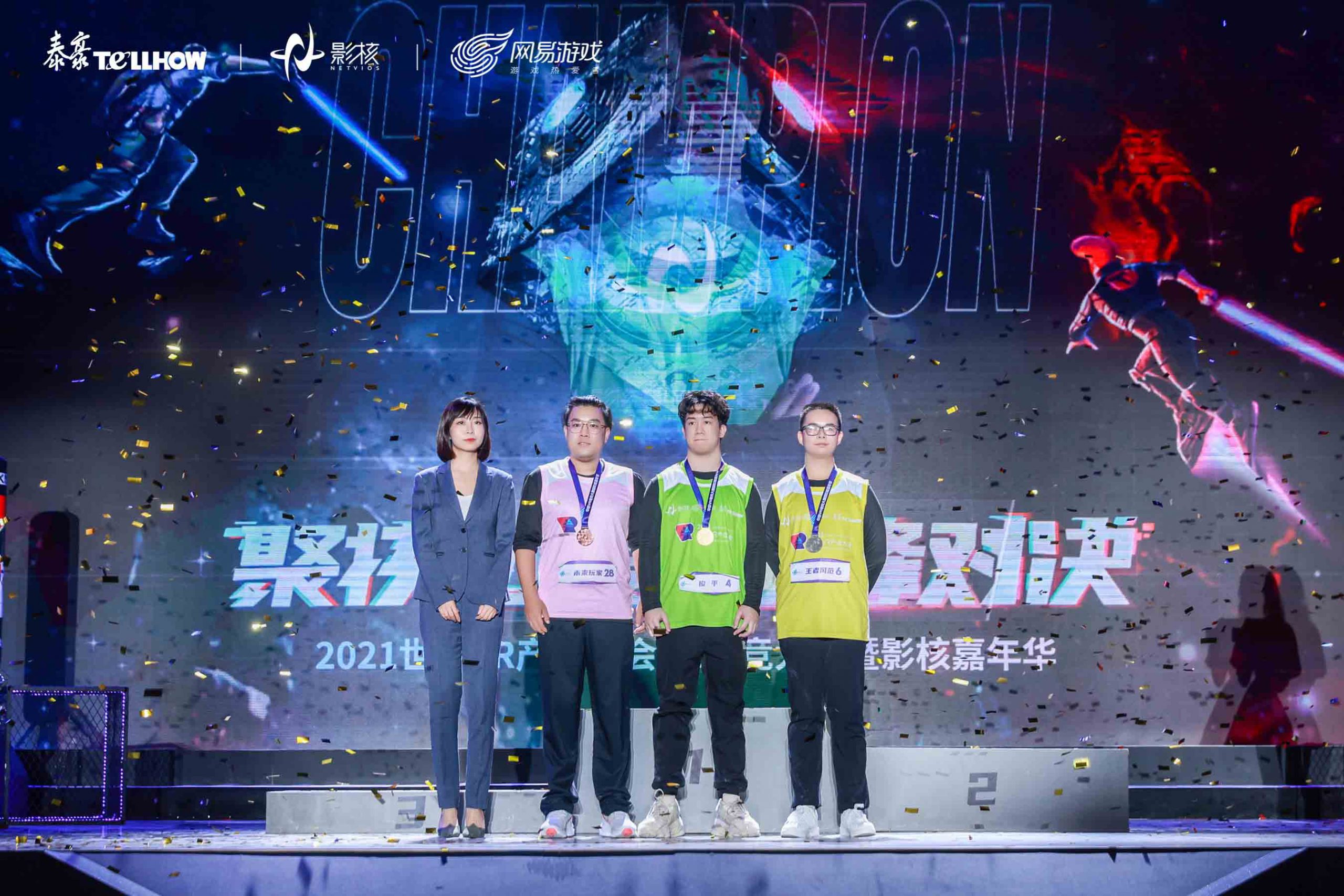 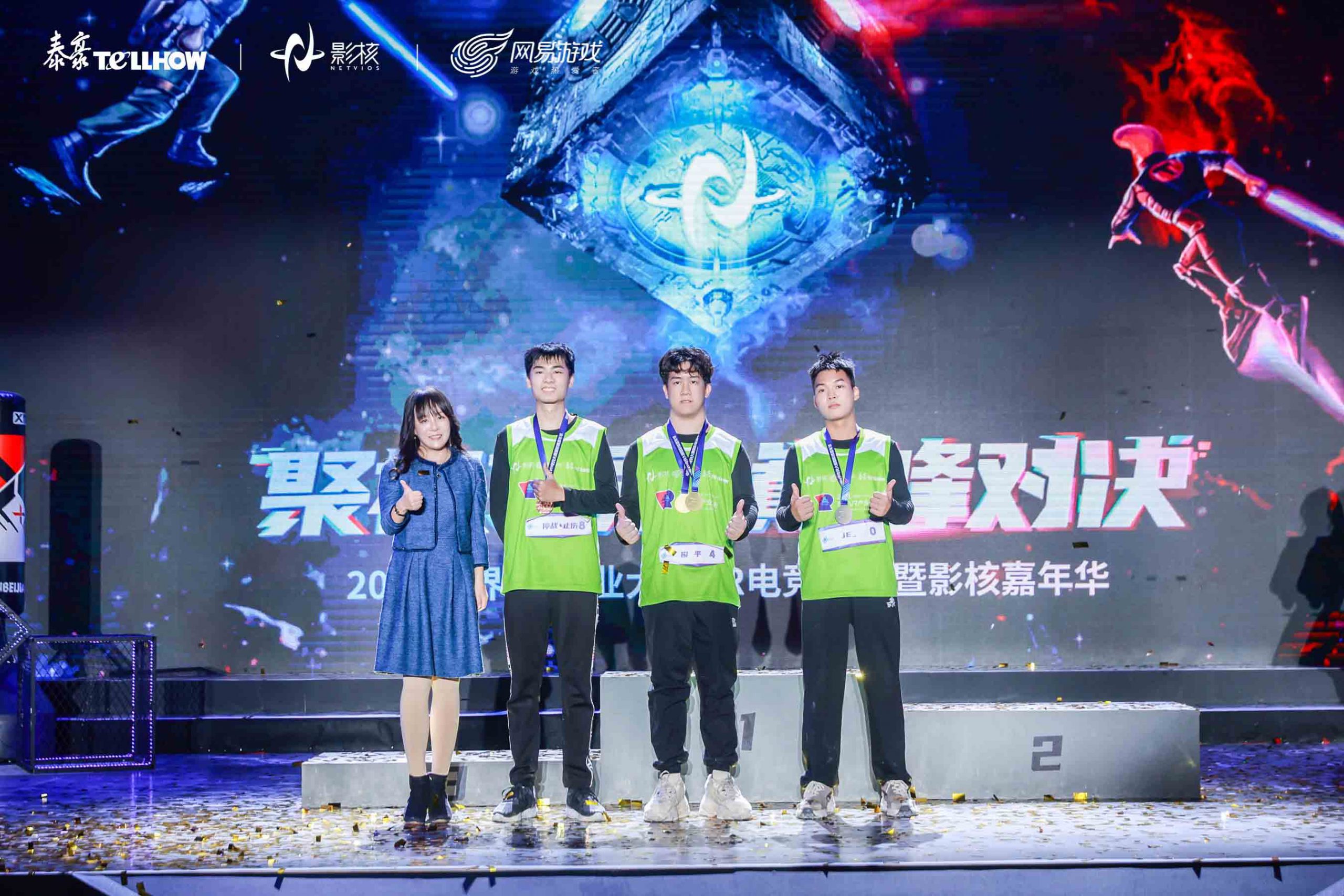 (Cao Anjie, general manager of NetEase Entertainment, presented the prize to the champion, runner-up and runner-up of “Racing Master”)

As a heavyweight stage that gathers three popular VR games, the 2021 World VR Industry Conference VR E-sports Competition also attracted the participation and support of many KOLs, which further enhanced the excitement of the e-sports competition and created a diversified audience for the audience. A modern VR e-sports arena. In the “Glory Ring” exhibition match, the national sports athlete and Chinese boxing champion Deng Zeqi played against the popular two-dimensional coser anchor “Tu Maruer” of vibrato, staged the passionate confrontation between the golden belt boxer and the runaway loniang, which is also a VR+ sport. The positive integration of the ecological field and traditional sports competition highlights the richness of this competitive arena. 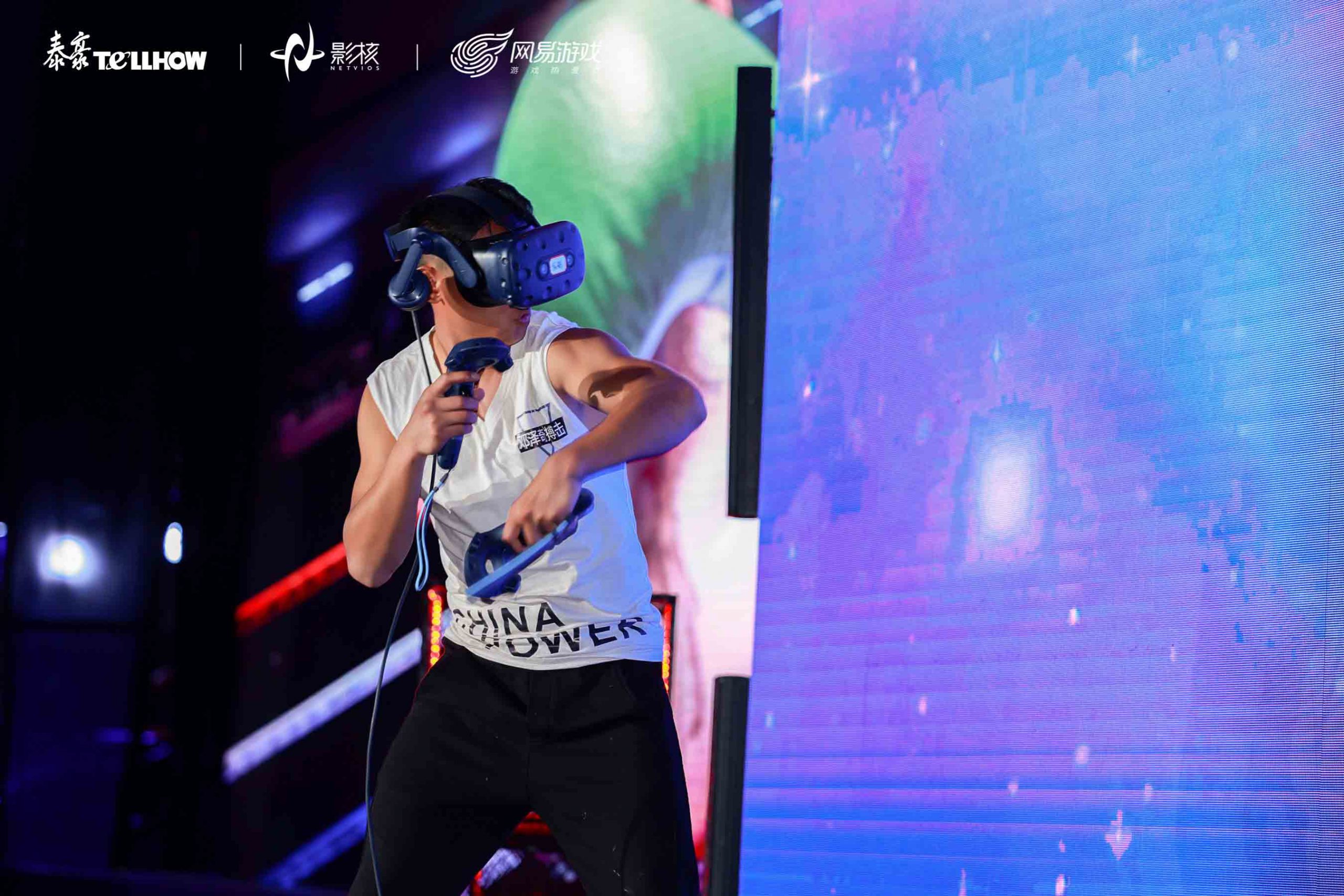 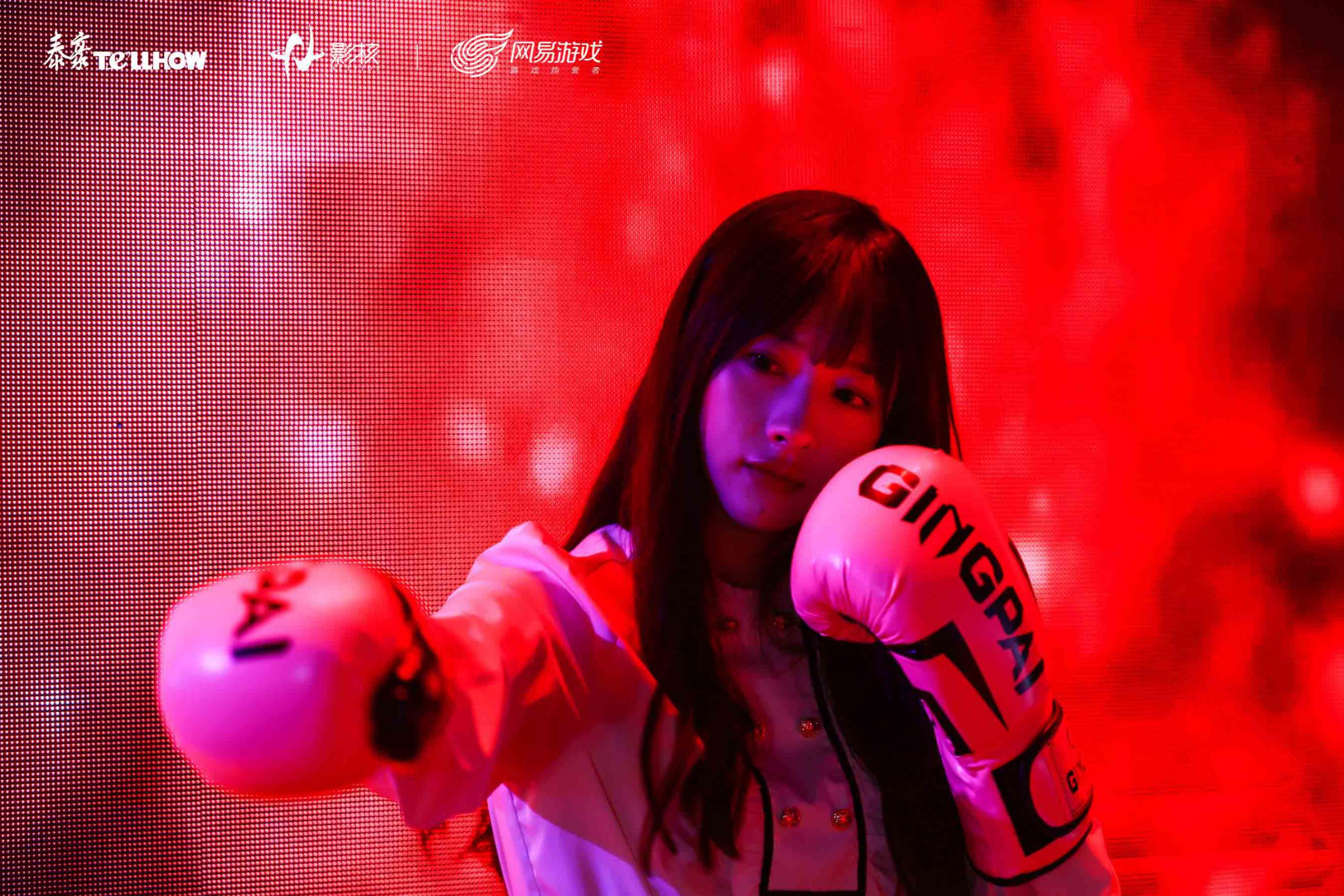 As a well-known VR fitness game on social media, “Rhythm Space” itself has a wealth of original content for players. In the “Rhythm Space” exhibition competition, they performed the Juggernaut dance together. MilkVio turned its “cute” state on the stage, and the speed of its swordsmanship was dizzying; while “Air Dove” continued last year’s wonderful performance, challenging the experts + difficult track “Incarnation of the Stars”, its sassy and heroic posture made people eye-catching. Don’t forget. 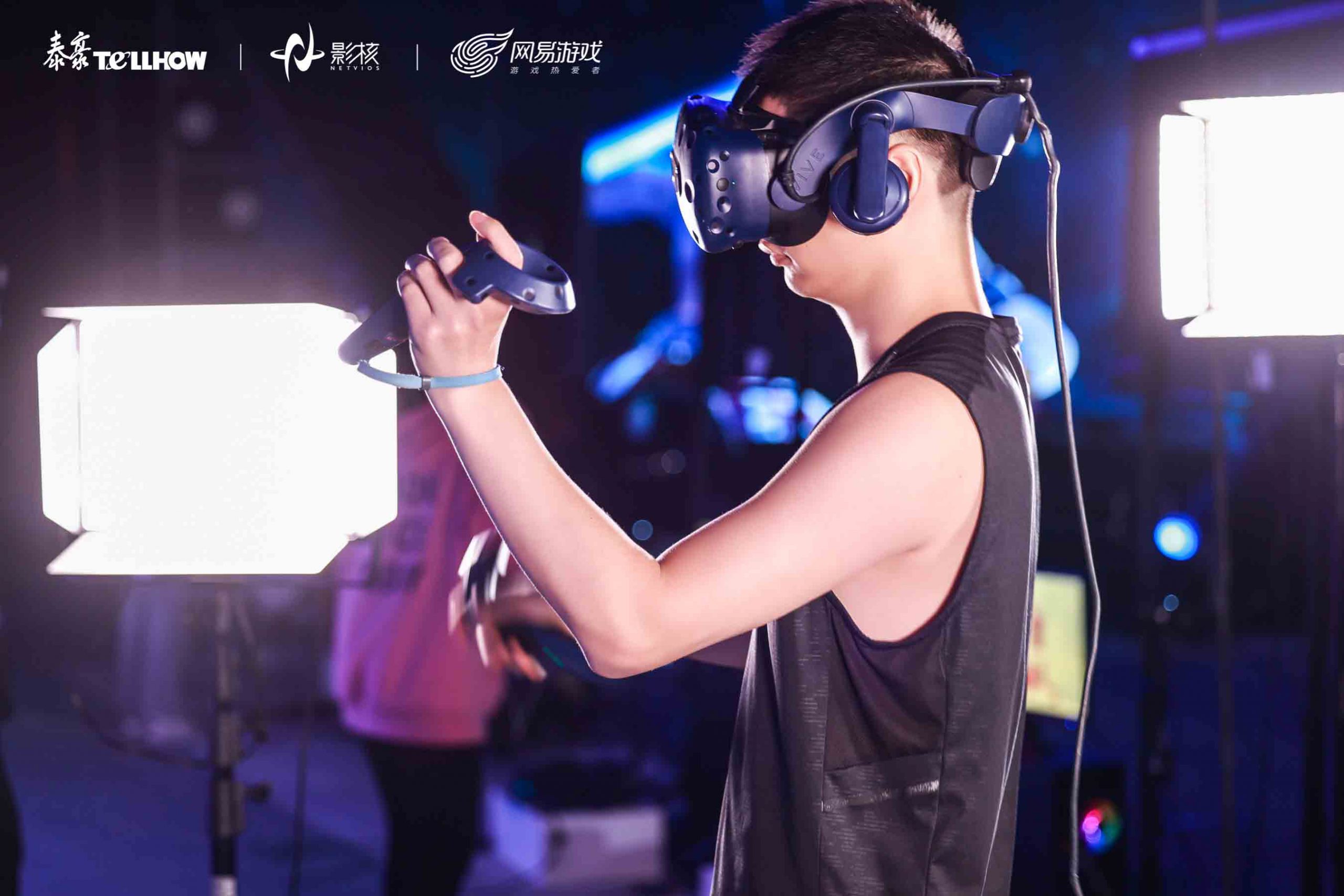 In addition, the hottest VR lightsaber sister from the entire network, VR Player One, was also invited as a professional guest to provide audiences with professional and humorous commentary in the Douyin live broadcast room. The popular cute magical girl Jiao was also not absent, capturing a lot of wonderful scenes for the scene, bringing the players a double immersive competition experience of “watching” and “listening”, and also allowing the national audience to have a more in-depth and comprehensive experience. Learn the behind-the-scenes story of this VR e-sports festival. 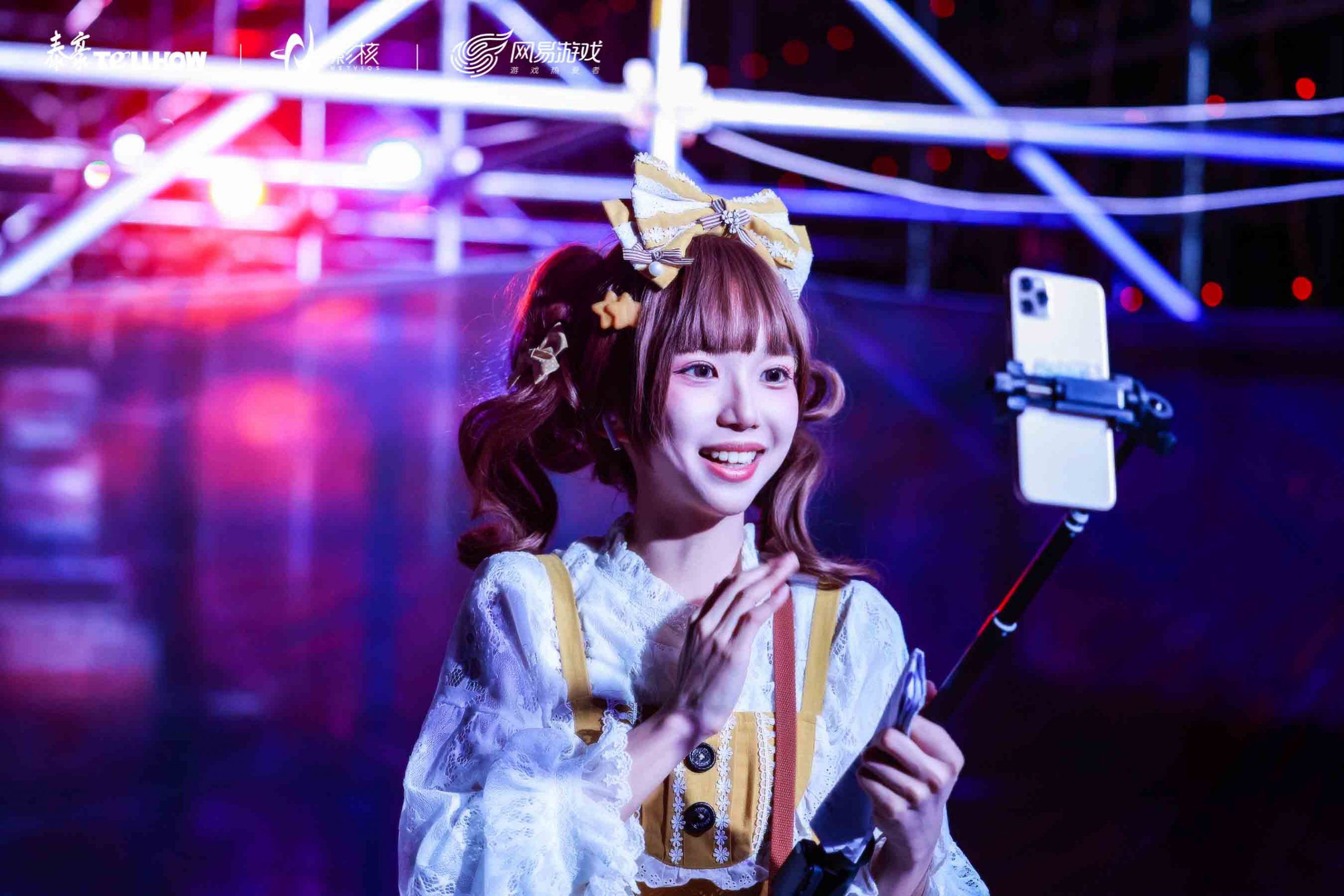 It is worth mentioning that, in order to bring a more real and wonderful immersive watching experience to the national audience, the MR direct broadcast technology was innovatively introduced at the finals site, which unreservedly presented the game process and wonderful moments to Audiences truly combine reality and virtuality, allowing users to see the performance of real players in virtual games on the live screen. The graceful movements, fast hand speeds and amazing combos of the players when hitting the squares will all It gives the audience the most direct and vivid visual impact, further improves the visibility and excitement of the event, and creates a perfect viewing space. 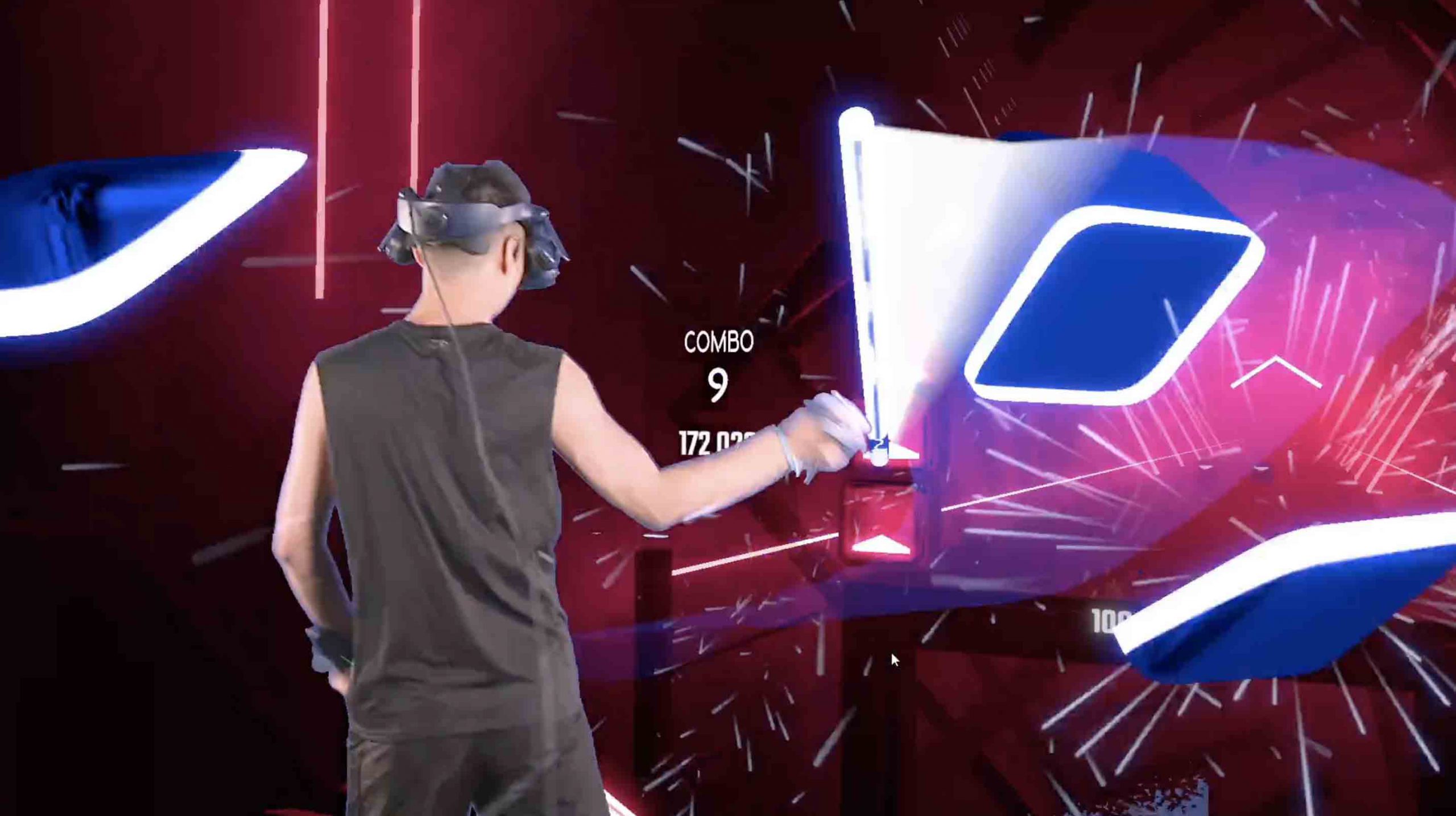 The 2021 World VR Industry Conference VR E-sports competition in Nanchang, Jiangxi, is a bold attempt and successful innovation of NetEase Filmcore and Tellhow in expanding the VR+ sports ecology field. Xiao Yun, member of the Standing Committee of Nanchang Municipal Party Committee and Deputy Mayor, Jiangxi Province Chen Jun, the second-level inspector of the Department of Industry and Information Technology, Huang Daifang, Chairman of the Board of Tellhow Group, and Shen Hongbin, Chairman of Jiangxi Sports Development Co., Ltd., and other leading guests attended the finals and gave speeches. They witnessed the finals together with the national audience. Grand opening.

Tellhow Group Chairman Huang Daifang said in his welcome speech: “The integrated development of VR and e-sports is inevitable and worth looking forward to. This is also an important reason for Tellhow to host VR e-sports competitions for many years. We look forward to making e-sports a feature. The industry promotes its landing in the Xiaolan Tellhow VR industrial base, and builds an industrial ecology around Tellhow 5G+VR e-sports arena, which has become an important puzzle for the development of Jiangxi’s digital economy.” 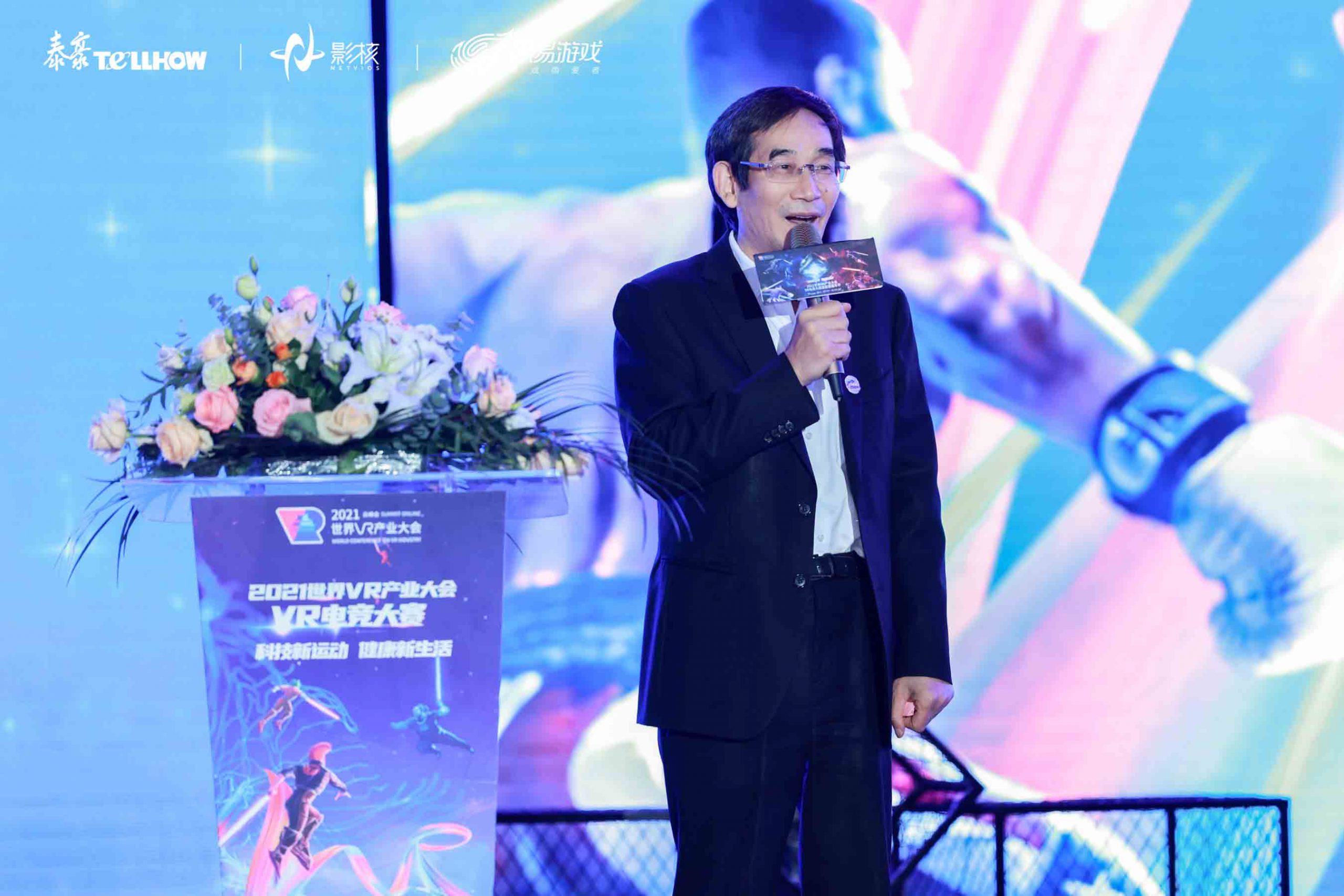 Xiao Yun, member of the Standing Committee of the Nanchang Municipal Party Committee and Deputy Mayor, said: “We must spread the charm of digital competitive sports and build a broader VR+ sports new ecology; we must have an impact and quality in VR e-sports competitions, and create a higher level. s level”. 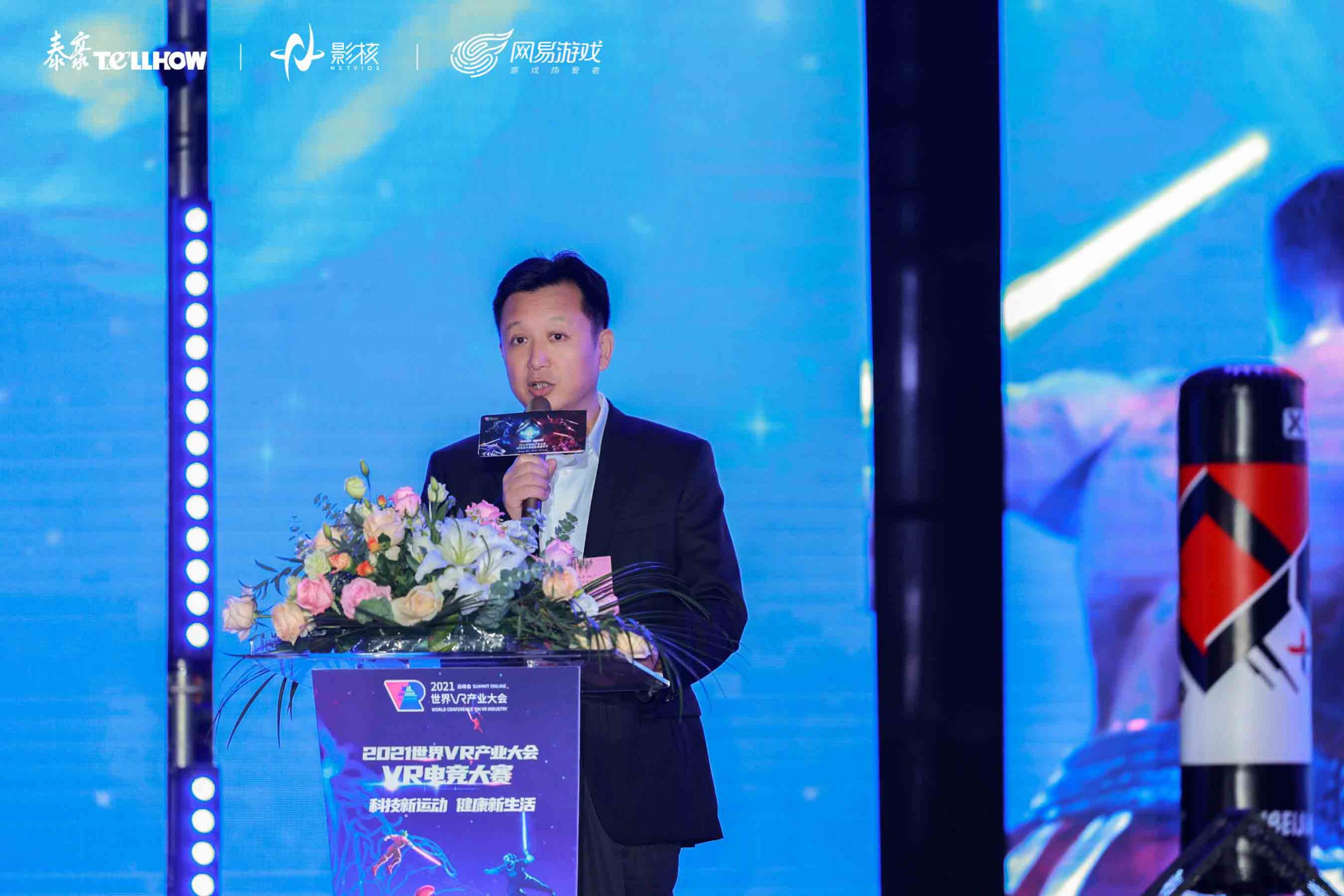 (Speech by Xiao Yun, member of the Standing Committee of Nanchang Municipal Committee and Deputy Mayor)

Chen Jun, the second-level inspector of the Jiangxi Provincial Department of Industry and Information Technology, said: “We must popularize the new VR+ sports model to the world and open a new boundary for sports.” 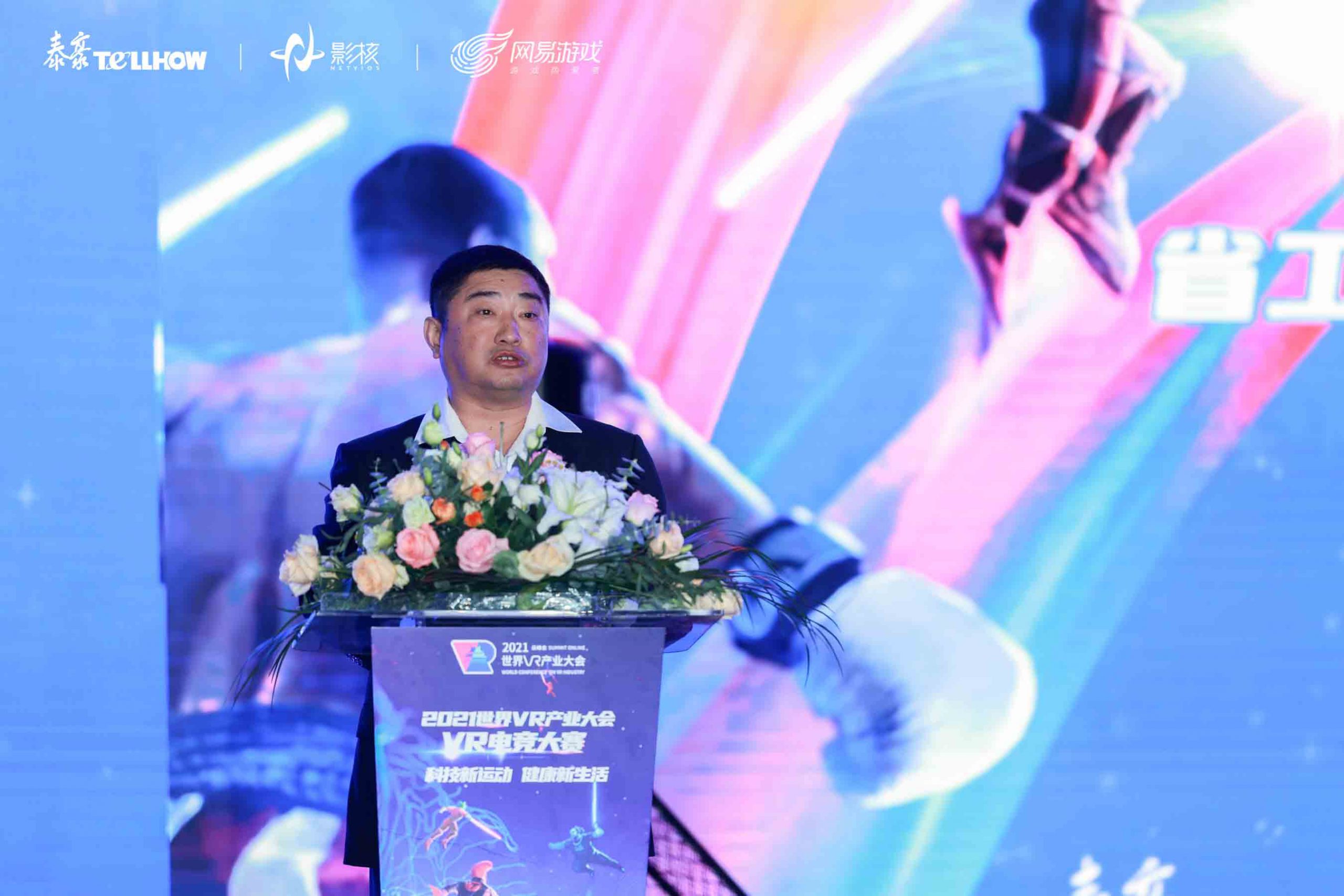 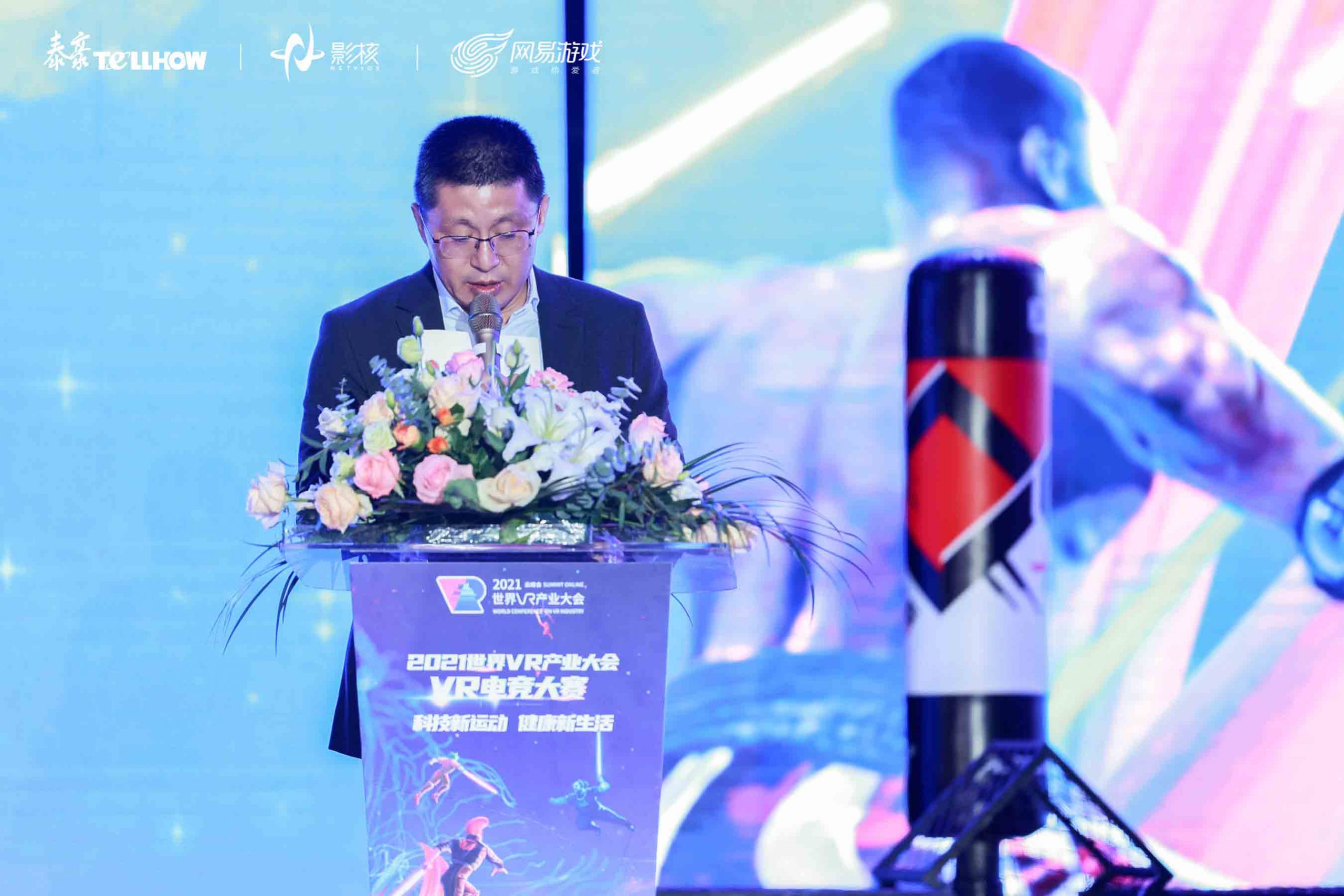 With the continuous development of VR technology, VR e-sports has also been understood and favored by more and more public players. The 2021 World VR Industry Conference VR E-sports Competition is not only a stage for players to show their strength. It is also a stage for VR gaming to show its exclusive charm. Whether it is sports broadcasts that use MR+VR technology to achieve audience presence, or open up a complete link and multiple content scenarios for hardware manufacturers, players, experience stores, and operators, and establish a complete VR+e-sports link system, it shows that VR+ The strong momentum of e-sports from theory to reality, injects new vitality into e-sports ecology and e-sports affairs, thus creating a benchmark VR e-sports arena. 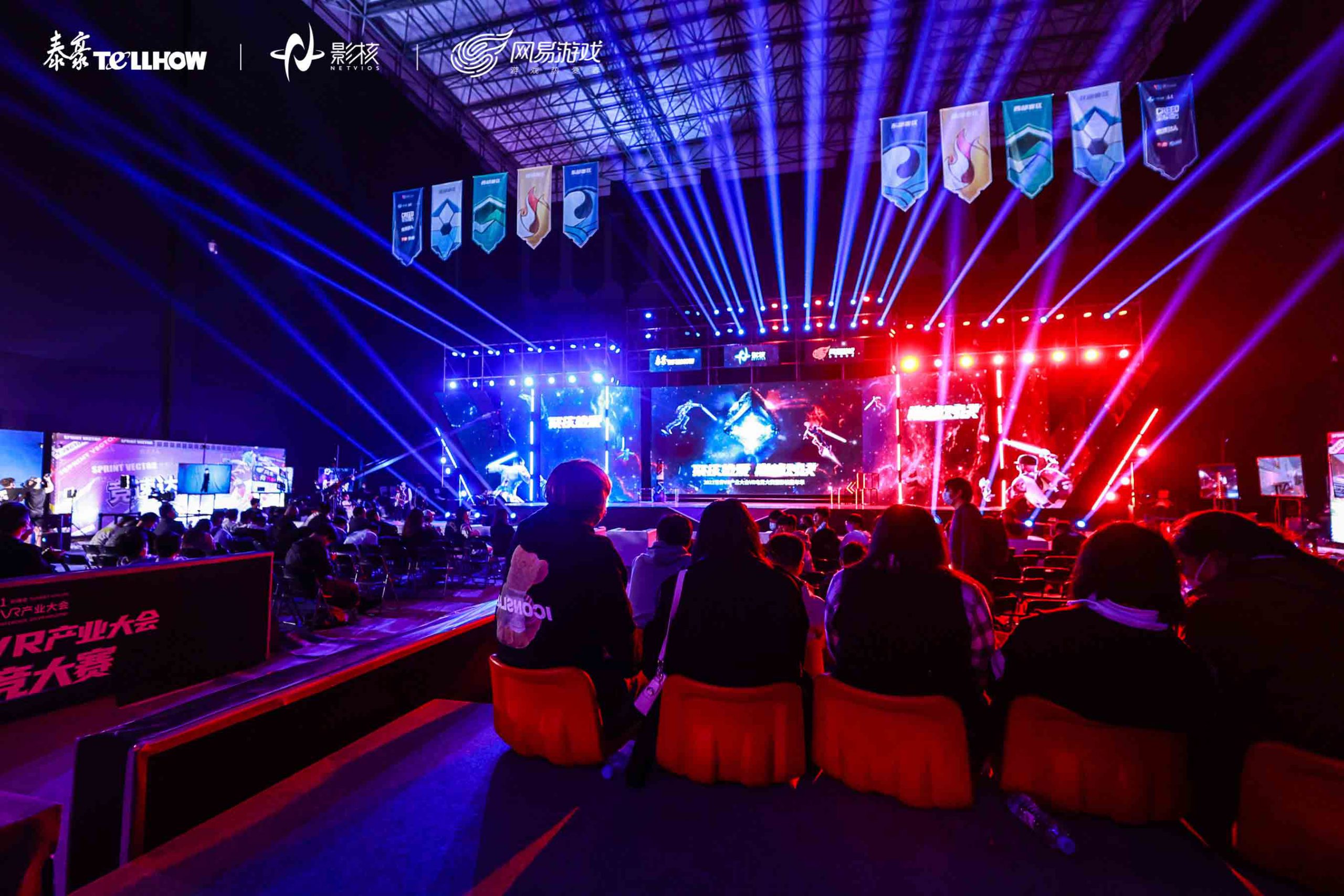 With the help of this nationally eye-catching competition stage, NetEase Shadowcore allows more public players to understand the broad prospects of the new e-sports model, give full play to the convergence effect of the e-sports industry, create an industrial chain based on VR e-sports, and establish a new set of And it has a complete meaning of VR e-sports content + event operation mode, which will provide a steady stream of value orientation for incubating more high-quality VR content in the future.

Today, the “V” generation has ushered in a new start, and the future of VR + e-sports is shining brightly.

FIFA 22 and Far Cry 6 to be awarded for October

Battlefield 2042 is being shot down by the community