A few months ago, the Steam Deck was praised as the big Switch competitor, after which it quickly became very quiet around the device. The first handhelds will be delivered in December, so Valve is slowly blowing some wind again.

As a goal, Valve has announced that in principle all games from the Steam library should be able to run on the device. The console runs on SteamOS 3.0 and currently should about 7,500 games will be compatible with it. The list is constantly being expanded.

So that you don’t get a nasty surprise after buying a game, Valve now has invented a system and communicates. You view each game individually and then enter one of four categories that show you how well you can play it on Steam Deck.

A green check mark indicates that a game runs great “out of the box” on Steam Deck. “Playable” means that the game may need some adjustments. This can be, for example, the manual configuration of the controller. “Not supported” and “Unknown” are self-explanatory.

You can read in our column why the Nintendo Switch doesn’t have to be afraid of the Steam Deck. And this is what the said system should look like: 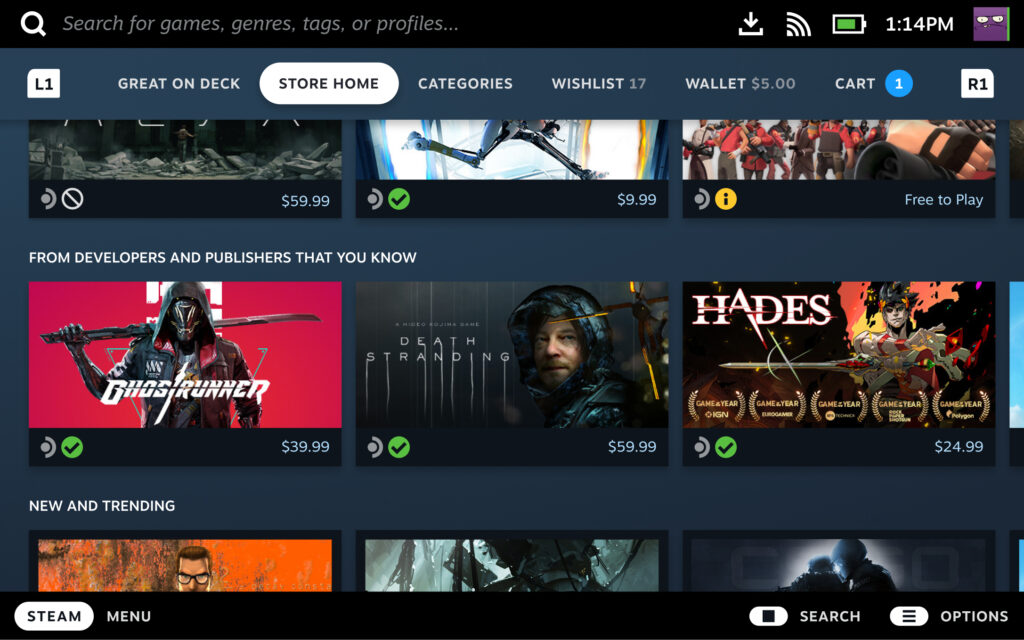