Resident Evil 4 is easily one of the best games in the long-running survival horror franchise.

Originally released for the Nintendo Gamecube in 2005, Resi 4 has been ported to multiple platforms in the years since.

The long list of Resident Evil 4 ports continues with a virtual reality release on Oculus Quest.

Resident Evil 4 VR has an October 21 release date for Oculus Quest and a launch time of 6pm BST UK.

The only downside is that the virtual reality horror game has a file size of 7.8 GB, which is not good news if you have less storage space on your device.

The game takes place in a rural village in Europe and gives Leon the task of saving the president’s daughter from a mysterious cult.

“Discover the iconic world of Resident Evil 4 in this all-new version, built entirely for VR,” reads the official description.

Find your way through a rural village in Europe, come face to face with challenging enemies and discover secrets and gameplay that have revolutionized the entire survival horror genre.

“Battle horrific creatures infected by the Las Plagas parasite and face aggressive enemies, including mind-controlled villagers, and discover their connection to Los Illuminados, the cult behind the kidnapping.”

If you’re wondering if Resident Evil 4 VR is the game for you, you’ll be happy to hear that the early reviews are good. 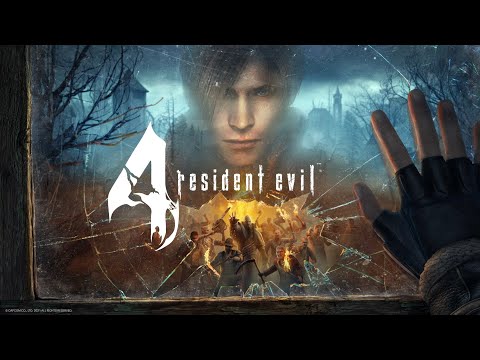 IGN scores the game a massive 9/10, praising the flexible controls and immersive atmosphere.

“Armature has put a lot of love into making Resident Evil 4 VR a new action-horror experience,” the review reads.

“From the reworked and extremely flexible controls to making puzzles less tricky and more fun to work with, the thoughtful changes here make it an easy recommendation for anyone who owns an Oculus Quest 2.

“That’s right, whether you’ve played it multiple times across generations of hardware, or whether this is your first time experiencing this modern classic. Since it wasn’t originally designed with VR in mind, it’s truly remarkable how well Resident Evil works.” 4 has been modified.”