GameLook report/Since the Chinese team LGD’s regretful defeat in the TI10 finals on October 18th, related incidents have further fermented. In addition to the “Why not BAN Mammoth” screens on the whole network frequently, the market criticizing the view of fake matches is also increasing. Big.

For example, when the fake match is mentioned on the Weibo hot search, 72% of the netizens in the questionnaire participated by Zhihu 50 thousand people think that there is a fake match suspect. At the same time, Baidu uses “TI10” as a keyword search, and the first Lenovo result is also “TI10 Fake Tournament”. Although professional commentators in the e-sports circle and professional players have voiced rumors that the fake match is unreasonable, the rumors of the fake match seem to have intensified in the past two days.

In the absence of conclusive evidence, GameLook believes that the current implementation of the “Internet Trial” is unbiased. But it has to be admitted that the reason why there is a market for all kinds of bizarre fake match remarks such as opponents opening and personal threats is that the essence of players’ confidence in the fairness of e-sports is disappearing. The more realistic reason is the e-sports circle. The status quo of gambling has become increasingly serious.

Recently, the People’s Procuratorate of Putuo District of Shanghai revealed to the media that more than 70 people from an e-sports gambling APP gang in Hainan were arrested. During the trial, more than 60 people have been sentenced for the crime of opening a casino.

According to the defendant He Mou’s confession, the app was launched on June 10, 2020, named “e-sports tavern”. The app will be launched for various e-sports events such as “DOTA2”, “League of Legends”, and “King of Glory”. Open recharge function for players to bet. In just 3 months of launching, the e-sports tavern attracted 70,000 people to participate in it, and the behind-the-scenes gang also managed to earn 35 million yuan.

The way the app attracts gamblers is to send private messages through various social media, with “Do you like e-sports?” to attract players to the hook.

In order to avoid legal risks, the application involved in the case will also automatically convert the player’s recharge into various tokens such as “crystal”, “diamond”, and “gold coin”. At the same time, the application does not provide direct channels for withdrawal. When the player wants to withdraw, the group provides Two indirect schemes:

One is to participate in the built-in gambling game “Bomb Cat”. After the player deliberately loses the “diamond” to the gang sales, they can get the same amount of cash from the seller; the second is to exchange the tokens into the so-called ” “Competitive points”, and then exchange shopping cards, recharge cards and other commodities through a third-party mall to achieve the purpose of cash withdrawal.

Of course, even if the agencies are exhausted, it is true that the gang set up casinos on the Internet in the form of APP for profit, and these tricks did not make it escape the law. 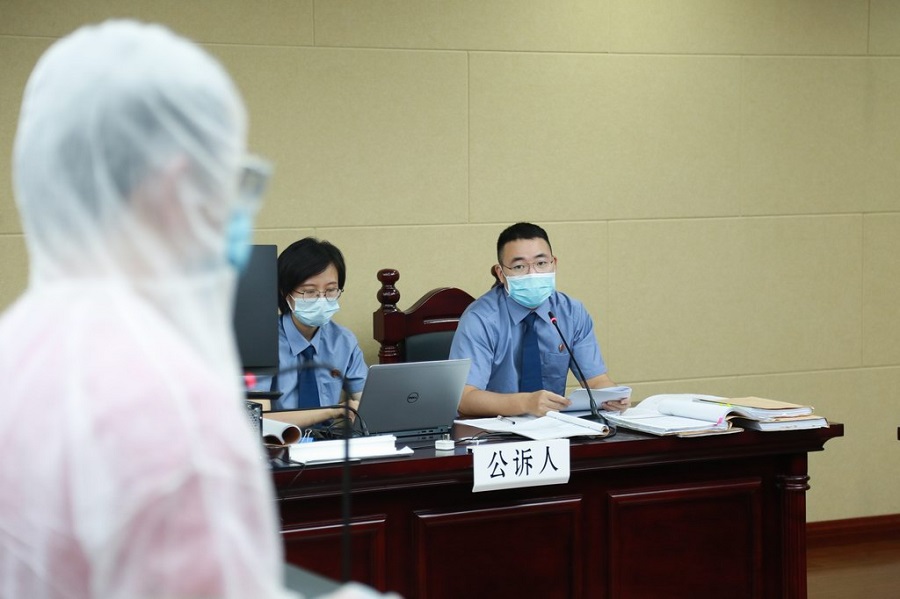 The defendant also admitted that the purpose of designing a complex withdrawal method is to understand that the nature of APP gambling is inevitable, but hopes to make withdrawals more concealed through the indirect methods of small games and third-party malls, and looks more like normal e-sports information And gaming platform.

Pulling 2,000 people to make a profit of 20 million, the anchor also took risks under the huge temptation

Coincidentally, a few days ago, Xinhua News Agency also reported that the former “League of Legends” professional player and well-known game anchor who created the “YYDS” buzzword, “Shan Niruo”, was also sentenced to 3 years in prison for the crime of opening a casino and was punished. 50,000 yuan.

The situation of “Shan Ni Ruo” is slightly different from that of the leader of the “e-sports tavern” He Mou. “Shan Ni Ruo” is mainly acting as an agent of the online gambling platform “Jie Bao” on live broadcast platforms such as Huomao and Douyu. Promote it in various game forums such as the League of Legends event post bar, and develop members through promotion links, invitation codes, etc., to induce players to participate in betting in “Jingbao”.

According to the trial information, at the time of the case, “Shan Niruo” and other 7 people recruited 4000 registered members for “Jingbao”, and half of them were 2000 people recharged. In the end, 7 people were sentenced to 3 to 7 years in prison, fines ranging from 50,000 to 800,000 yuan, and more than 18 million yuan of illegal income was recovered. 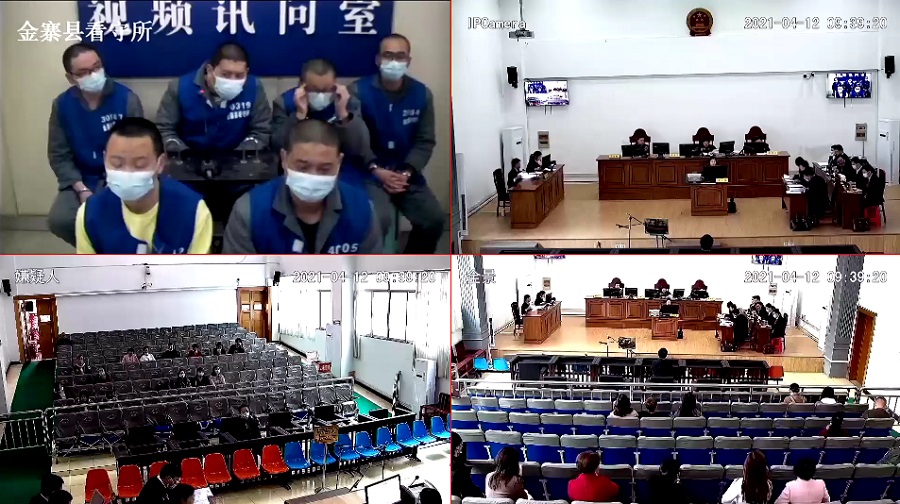 Some media regard “Shan Ni Ruo” as the first person in jail in the e-sports circle, but this is not the case.

In May, China Judicial Documents Network published information showing that the anchor “JaLEn Banxian” of “CS:GO” was prosecuted by the procuratorate on January 19 this year for the crime of opening a casino. Due to the good attitude of pleading guilty, the court leniently dealt with it according to law. Sentenced to 4 years in prison, a fine of 600,000 yuan, and 11.5 million yuan of illegal gains were also turned over to the state treasury.

According to the referee’s document, “JaLEn Half Fairy” has registered an account with “Yabo Sports” and has become an agent since June 2018, develops users through the QQ fan group, and earns commissions based on 30% to 55% of the players’ net wins and losses. As of June 9, 2020, a total of 2,249 offline members have been developed, and nearly 20 million yuan has been received in commissions and rebates, of which more than 2 million yuan has been re-transferred to Yabo Sports for gambling.

Gaming company becomes the main sponsor of the team, when gambling “encircles and suppresses” e-sports

It is worth noting that the “Sports Treasure” that appeared in the “Shan Ni Ruo” case and was classified as an online gambling platform is also the secret of the DOTA2 Western European team and the sponsor of the Southeast Asian team TNC.

As mentioned above, in addition to the sponsorship secret of “Jingbao”, the champion team TS, and the VP also from the CIS region, are sponsored by an entertainment company called Parimatch. LGD, IG, and BC are all sponsored by a company called Betway, and Betway’s parent company Super Group also owns an online casino product called Spin. In the introduction of the group’s official website, Super Group is also generous Betway describes it as an “online sports betting brand.” 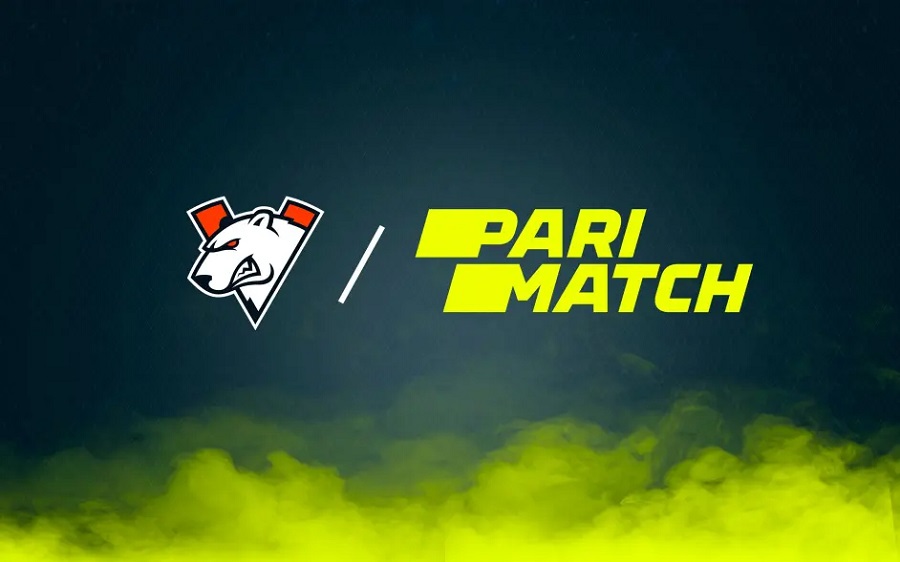 Accepting the sponsorship of the betting company does not mean that the team is involved in gambling, but it does damage the player’s image of fairness, justice, and openness in the competition.

Moreover, there are indeed well-known e-sports teams and players, because gambling and fake matches have ruined their great careers. For example, on October 9th, during the “League of Legends” top-level event S11, the BYG mid-single player Maoan was exposed before the game, revealing the secrets of the team’s Ban/Pick (selection) to friends to help friends place bets, and was finally fisted Suspended, and may add other penalties after the investigation is completed.

And Newbee, the team that won the TI4 championship of the “DOTA2” project, was also reported by rival club Avengerls for a counterfeit match after a match in May 2020. After more than half a year of investigation, Perfect World and V Agency formally announced a permanent suspension of Team Newbee and 5 players. The first generation of champions came to an end.

Some people say that the gambling incidents involved in e-sports are becoming more frequent. The main reason for the increasing influence of e-sports is that gambling companies have the opportunity to take advantage of it. As a result, e-sports has become one of the few sports events that can still guarantee normal operation. Many betting companies that pay attention to traditional sports events have increasingly focused their attention on the new thing of e-sports, resulting in e-sports teams and events. The status quo of being besieged by gaming companies.

E-sports is a hot spot for young people to chase their dreams and toss their sweat and passion. Although most of the players who criticize the fake match today are unknown players, perhaps the most unbearable and saddest are not just the defeated players, but in fact there are also them.

PS5 UK Restock: Will there be a Black Friday PlayStation 5 stock drop?