It’s the beginning of the month and you know what that means. These are the new games for your Xbox Game Pass. The highlight of the first half of the month is Forza Horizon 5. Xbox is keeping its promise to deliver first-party games from day one. According to Age of Empires IV and Forza Horizon 5 Halo Infinite is coming soon.

It Takes Two is also included in the first days of November. You will also get the single game when the Grand Theft Auto Trilogy is released Grand Theft Auto: San Andreas – The Definitive Edition.

Despite all the investment and effort, Game Pass subscribers haven’t grown as much recently as Xbox had hoped. In the 12 months to June 30, 2021, the number of subscribers has only increased by 37%. However, Microsoft had set a growth target of 48%. 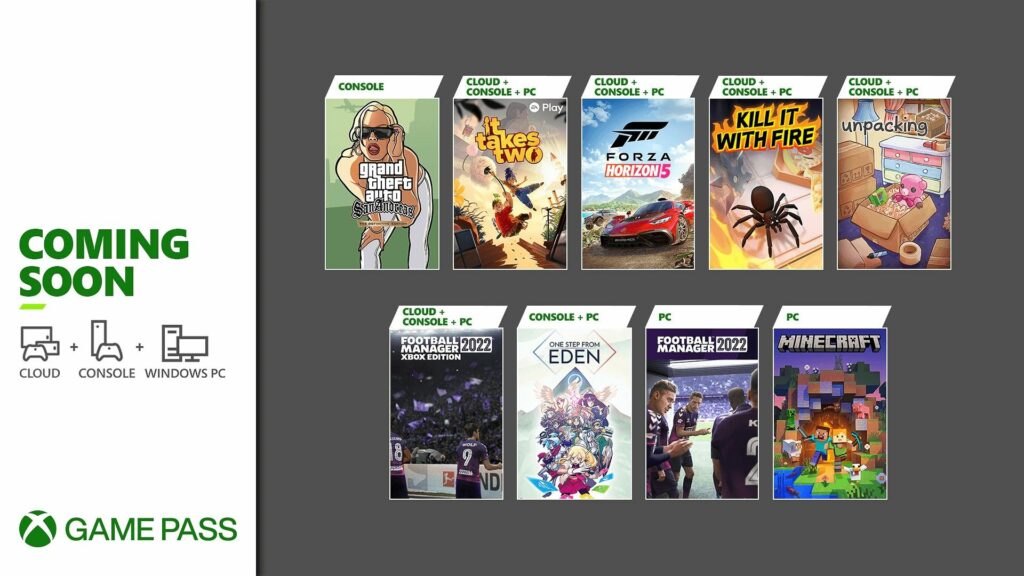