GameLook report/November 3, Gude Game Research and Development, Tencent released “Skills of the Gods” online, the first time it reached the top of the TapTap hot list, and rushed to the iOS free list second. Behind the brilliant results, I found that the RPG world has really changed.

In recent years, big world games have become popular in the domestic mobile game market, and the RPG in the eyes of players has also evolved from a dungeon to a larger map of the world.Strictly speaking, from the early exploration of dungeon levels, to the semi-open world dominated by linear stories, to the open world gameplay of multi-line free stories, RPG is actually evolving in the direction of authenticity of world exploration.

In other words, the realism of the game world, and the freedom that comes with it, has long become the essence of the current RPG world. So, as the open world gameplay is becoming more and more mature, how will the RPG world usher in changes? “God’s Horn Technique” has already given his own answer.

It is understandable that the innovative sandbox mobile game “Skills of Gods”, which integrates creation and destruction, has truly created a real world that can be cooked, crafted, survived, operated, and explored. It not only won TapTap 8.5 points before going online. On the day of its debut, it captured the favor of many RPG players and creative players, refreshing the game circle’s understanding of RPG in the big world.

Development is trapped in a vicious circle, what is the new big world?

If you want to accurately understand the innovations brought about by “Skills of the Gods”, it is necessary to clarify the current status of RPG development in the big world.

There has always been no shortage of big world games in the industry. Limited by the limitations of early research and development technology, the seamless world map with a high threshold once became the symbol of the big world RPG. However, with the general advancement of the industry’s technical capabilities, latecomers swarmed, and the game circle has fallen into a vicious circle of pursuing the expansion of the boundaries of the big map.

Obviously, it is necessary to stop and think about the most basic question at this moment, what is the real big world? 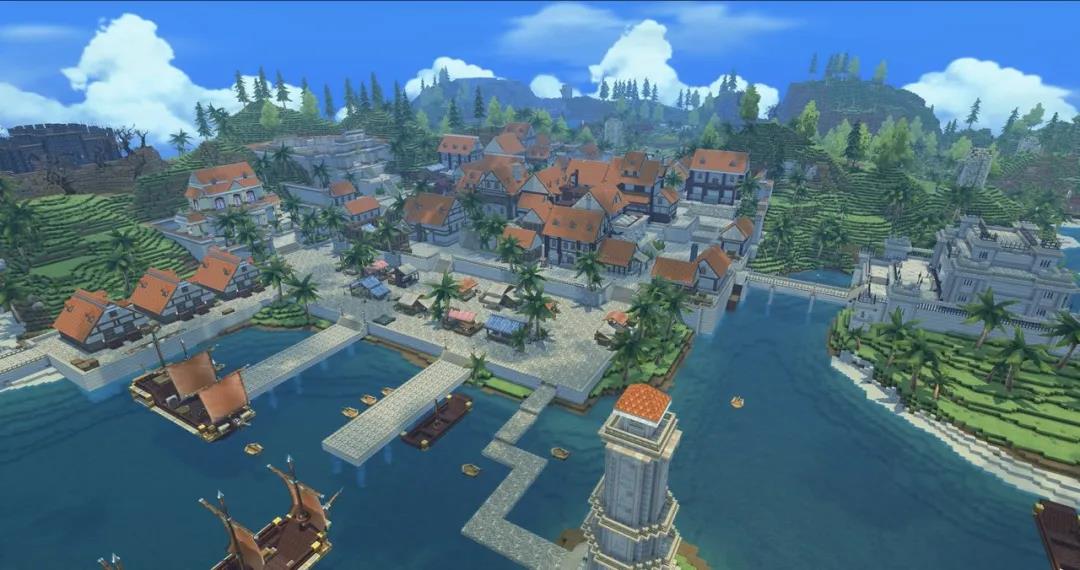 In fact, the so-called “big world” does not need to be open for openness, and there is no need to design the game map to be large and empty. After all, while the big map widens the width of the player’s experience, the lack of content depth will lead to a longer process of running the map, and the sense of immersion and authenticity has not been further improved.

To put it more bluntly, it is undoubtedly the most time-wasting big-world RPG for players to spend all the time on boring running.

Judging from the success of the popular big world RPG nowadays, combining character stories with free exploration and gameplay has become a new solution for the big world. Not only can it alleviate the boringness of open world gameplay to a certain extent, but at the same time, multiple character stories jointly structure their rich worldview, which can bring a deeper immersive experience and a stronger sense of reality.

However, in GameLook’s view, on this basis, it may be a bigger breakthrough for the big world RPG circuit to feel the authenticity from the truth.

Indeed, as the existing “big map” trend becomes more apparent, players have a stronger demand for the authenticity of the big world. The emergence of “Skill of the Gods” undoubtedly brought another direction to this problem.Obviously, the breakthrough ingenuity of the game lies in the creation of a more real world with elements of destruction and creation from the perspective of “decomposition and composition” of the rules of world authenticity. 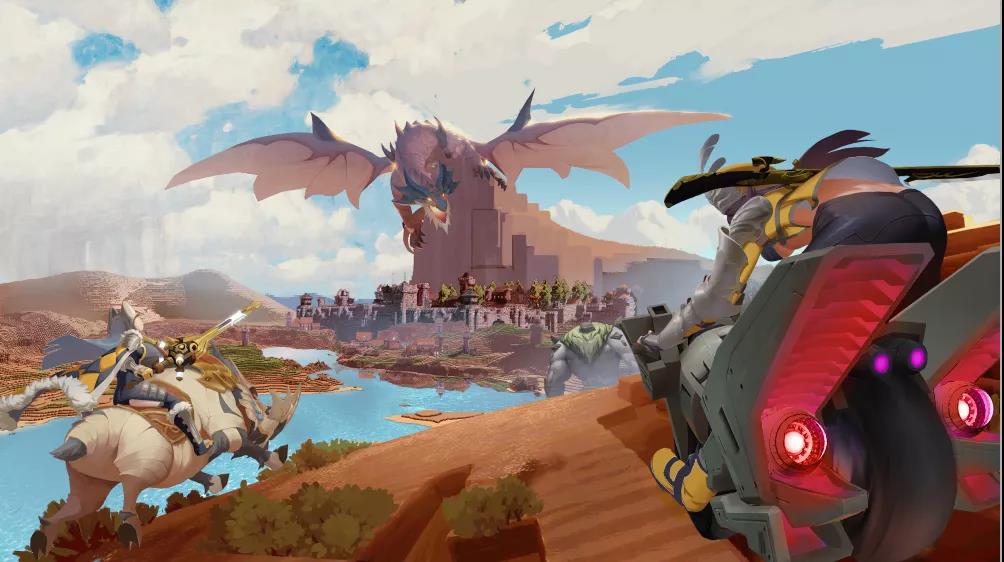 According to the game producer Lao Lei: “At the beginning of the incubation of the “Skill of the Gods”, we summarized our experience in making the world series over the years, combined with our own ideas and strengths, and the goal is to create a rich and free sandbox RPG world. , To give our players the joy of creating an ideal world and the joy of exploration and collaboration.”

Just like the original vision of the R&D team, at present, “Skills of the Gods” chooses to make differentiated innovations on the basis of traditional sandboxes, and integrates open world exploration, UGC creation, and management on the basis of full-scene destruction and construction gameplay. Various elements such as development have brought players a real and rich new big world RPG experience.

Destruction + creation infused with soul is the real sandbox world

The above conclusion is not the subjective judgment of GameLook.

You know, as a sandbox big world RPG, the “open world” is often the primary factor to achieve a high degree of immersion. This means that both high-quality plots are required to increase the credibility of the content, but also a rich and self-consistent ecological setting to ensure the authenticity of exploration.

In this regard, “Kakuro Technique” specially invited the “father of the super-electromagnetic gun” Japanese light novelist Kazuma Kazuma to create a world view. Thanks to its unconstrained brain power, it provides the game with a rich storyline, content and natural ecology, and players can explore freely without any sense of violation, which further magnifies the authenticity and freedom of the game world.

This consistent sense of reality is intuitively reflected in the exploration of the game map. In fact, there are a considerable number of treasure chests, puzzles and event explorations placed on the map. For example, treasure chests may be placed in the ruins of elves, and need to be lightly solved by touching three elves to open; some are in the water or on the high ground. , Players need to destroy the terrain and build to reach the treasure chest. 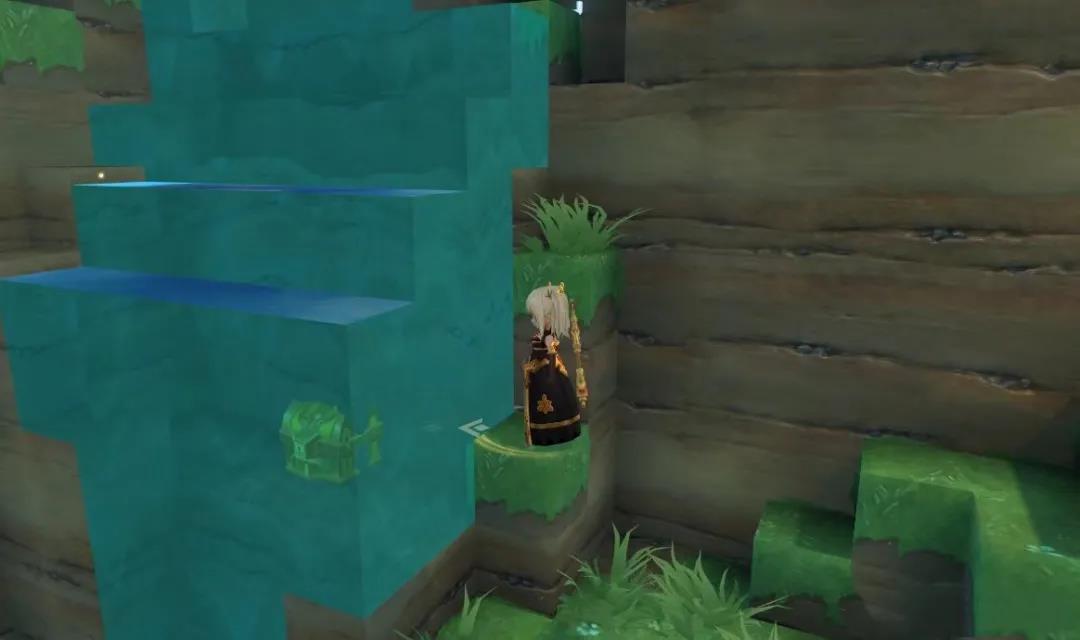 Obviously, the rich and interesting exploration content greatly fills the player’s game time and reduces the sense of repetition in the open world to a certain extent, thereby ensuring the extension of the game life cycle.

However, compared with the puzzle-solving elements, creation and destruction are the real core gameplay of the game.

Simply put, all scenes and terrains in the game can be destroyed, which not only enhances the fun of player exploration to a certain extent, but also brings a more diversified experience to the combat experience.

Starting from this, destroying the terrain environment to create a more favorable scene has become the key to combat gameplay.For example, pushing the rock on the top of the mountain will cause devastating damage to the monsters below the mountain; hidden traps, lava or black ice on the surface can also be used to promote a favorable change in the battle situation; at the same time, due to the hostile relationship between different monsters, placing explosive barrels to destroy After terrain, it is also possible to introduce surrounding monsters into battle, thus taking advantage of the fisherman.

Of course, the game itself also has a rich enough combat gameplay. “Skill of the Gods” provides players with up to 68 heroes, and each character has its own characteristics, such as Alicia’s slowing skills can trap the enemy, Cliff Can be immune to lava damage and so on.

At the same time, the elements of different heroes restrain each other, and they can slow down and damage the enemy during the battle. At the same time, attacking with specific restraint elements can not only reap a lot of benefits, but also may trigger unexpected effects. Coupled with the addition of props such as flames, freezing, poison, etc., while testing the player’s ability to respond to changes, it also brings a lot of strategic considerations to the battle.

On the other hand, “creation” is another key game play.In addition to the ability to use infinite mud blocks to stand in the air during battle, all map blocks in the game can also be created and built by the player.

This highly free creative gameplay and rich world environment have brought a distinct UGC atmosphere to the game in advance. Players can not only build medieval castles, galaxy battleships and other different types of scenes at will, but also get rid of the constraints of terrain space, such as using infinite mud blocks to enter high altitudes and other special terrains to create sky gardens. 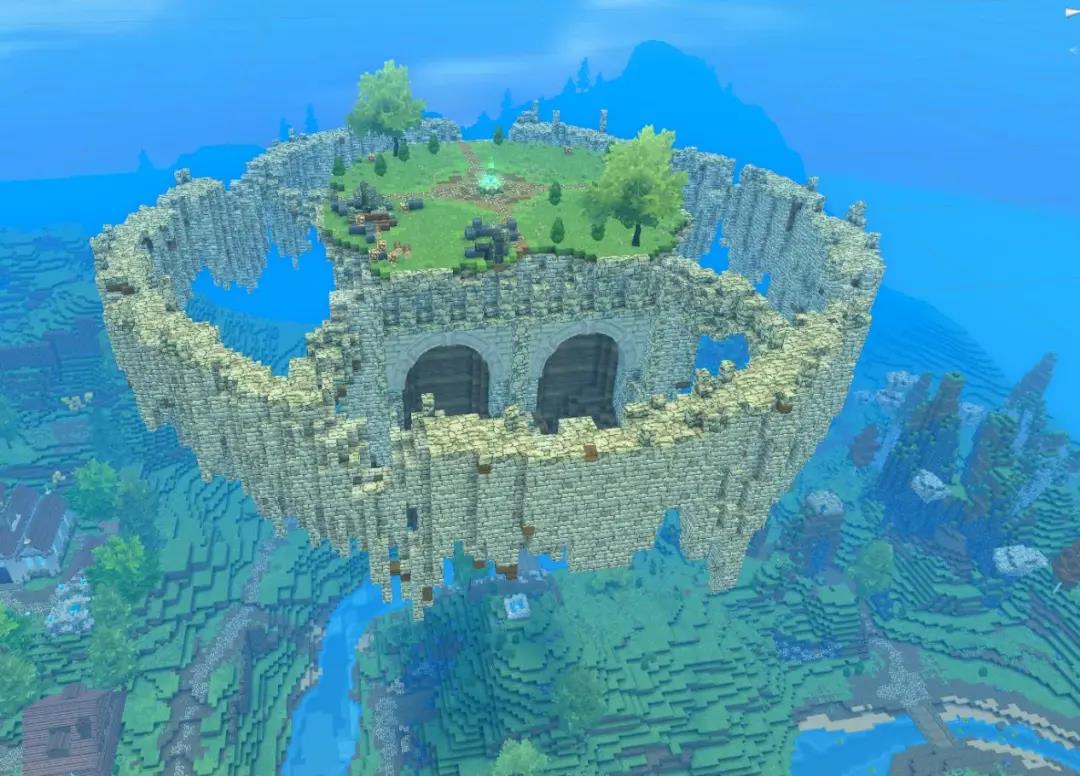 It is no exaggeration to say that in this sandbox world that encompasses many elements of survival, exploration, combat, cultivation, and management, players of any type can find their own happiness here. I think, because of this, “Skill of the Gods” can be called a real big-world RPG.

Today, the emergence of many star products has already proved the competitiveness of the big world RPG. Related heat continues to ferment, and the competition of subdivision tracks has fallen into a white-hot stage early, and more and more manufacturers have poured their brains into the big world.

However, the end of the RPG track is far more than the big world in front of you. Deeply plowing the sense of reality and creating a differentiated experience has already been on the rise.From this point of view, on the basis of the free exploration of the big world, “Skills of the Gods”, which focuses on destruction and demolition and free creation of gameplay, is undoubtedly more advantageous. “Skills of the Gods” has already taken the first place on the road of authenticity exploration in the RPG world. Steps, whether you can run a wider RPG track, may as well leave it to a group of players to judge.