Warner Bros. Games and Turtle Rock Studios have the roadmap for Back 4 Blood presented, which includes both free updates and the paid annual pass: 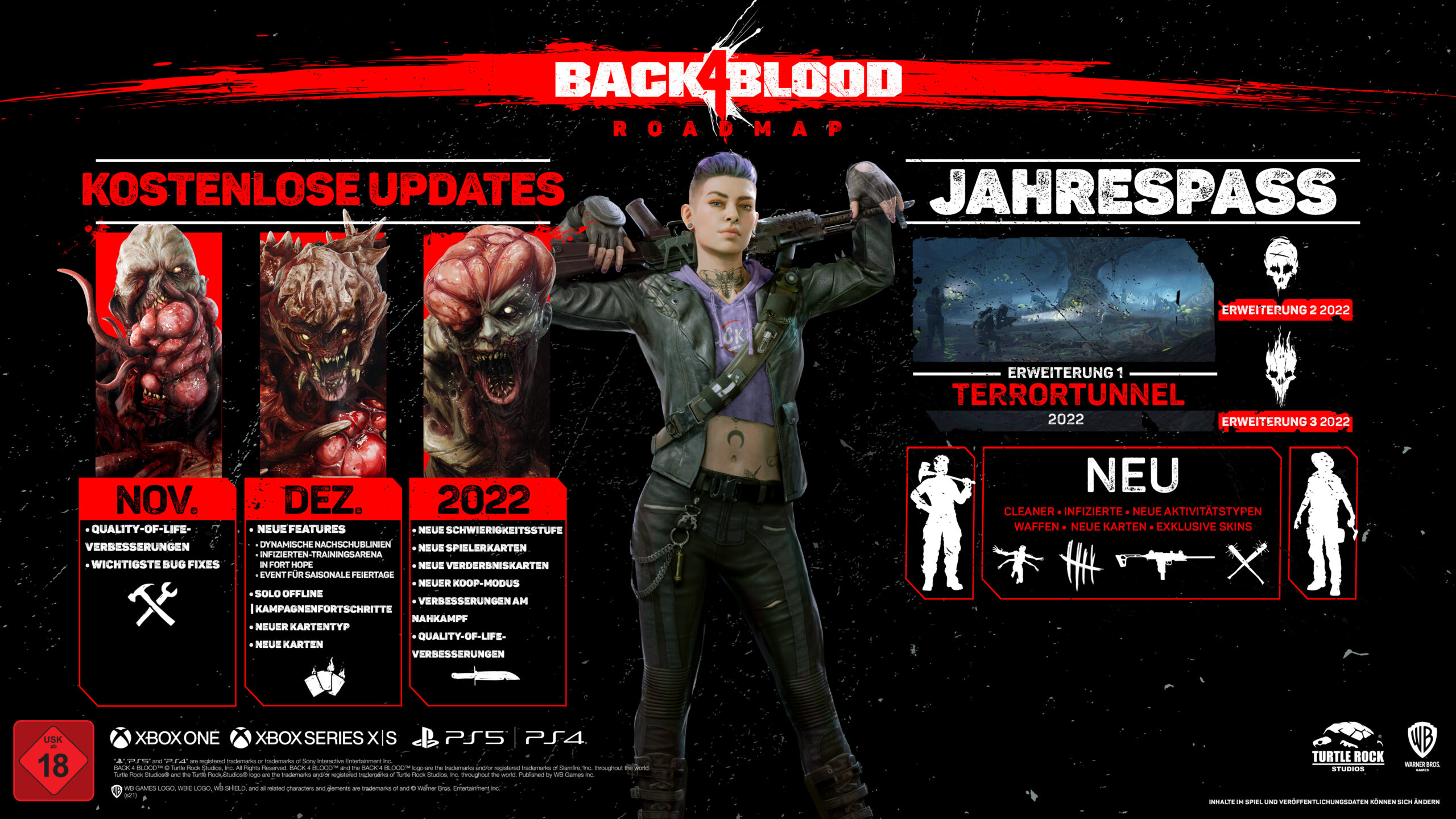 The roadmap also points to the first expansion of the Back 4 BloodAnnual pass called “Terror Tunnel”, which will be available next year. Terror Tunnel includes new story content, cleaners, infected people, activity types, weapons, maps and exclusive skins. More information about the extension will be announced at a later date.

Back 4 Blood will be available on October 12 for PS4, PS5, Xbox One, and Xbox Series X.

The tropical adventure Tchia is the next game postponed to 2023